Sometimes it's the little things I've mentioned my previous obsession with collecting postcards issued by the Orioles in days gone by. Recalling those days is one reason I never will criticize anyone else's collecting habits.

The Orioles have issued postcards since their days in St. Louis. Through the late 1960s the cards were black and white, sometimes with a 'postcard' back, sometimes blank backed. I got my first one sent to me by Brooks Robinson when I wrote to him with my first 'fan letter' to any athlete about 1966 or '67. I bought a full 'team set' at Memorial Stadium around 1975 and that's what got me hooked. I'd write to the team each year and get a price list and order 8x10s and a set of postcards. Most of the cards would be the same as those issued in the previous season with new players added. Sometimes a new card for an established player would be included.

That what really started my in depth collecting habits. Over time I became obsessed with finding every postcard of every player and every variation... and brother were there variations! For example look at the Chico Salmon card at the top and compare it to the one below. His name is not only no longer in (f'd up) quotes but the font size has changed. 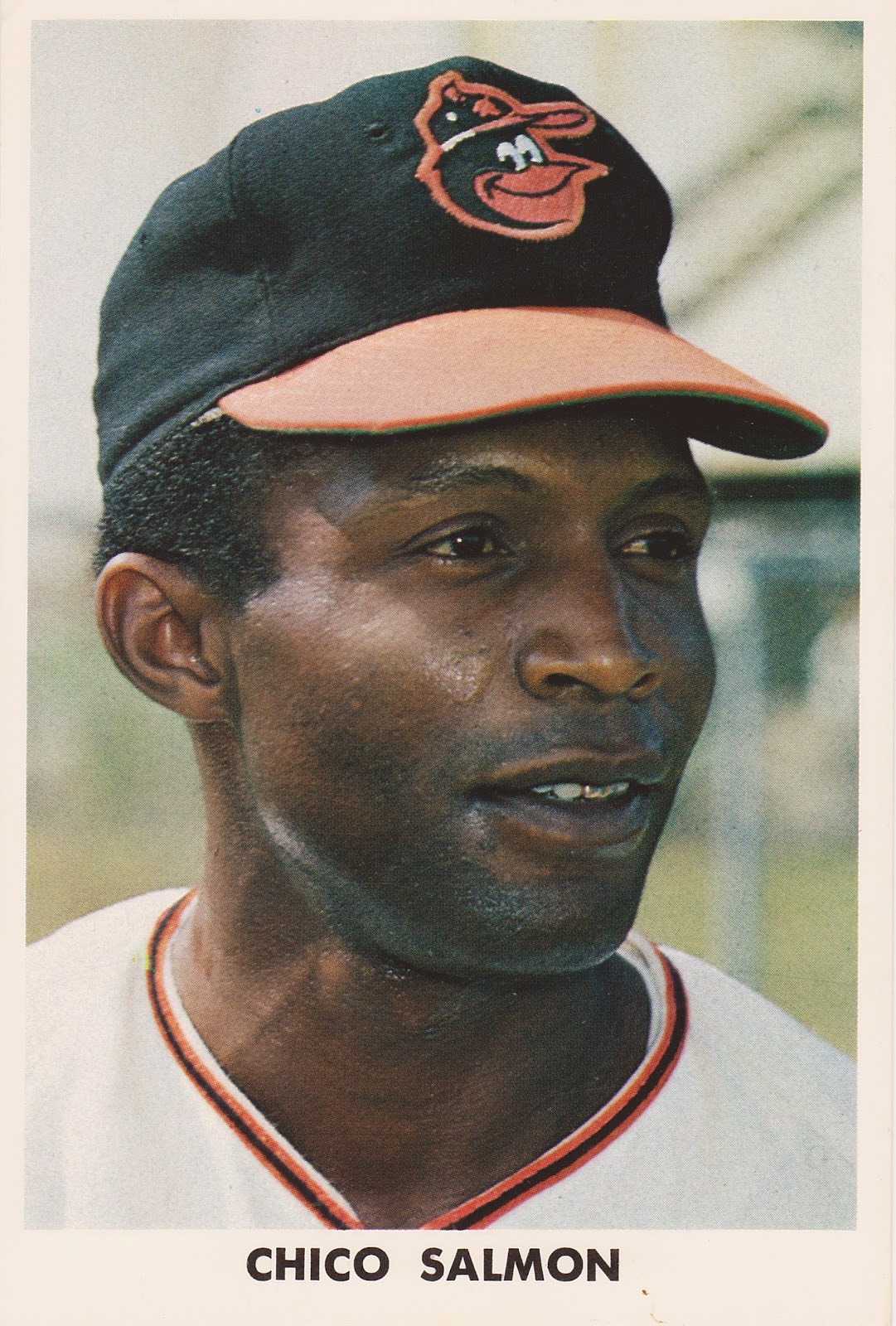 The same sort of thing applies to the two Elrod Hendricks postcards below. And notice how the pictures are cropped ever so slightly differently. You can see it if you look at the piping on his collar. I cataloged all those differences. I used to use a small ruler to measure the distance between the picture and the name.

It didn't help that a collector out in San Francisco who specialized in team issued postcards (particularly Orioles postcards) issued a thick bound 'checklist' with photocopied examples, updating it every couple of years. There were also guys like Dan Even who traveled the card show circuit selling player postcards. More than once I bought huge stacks of Oriole postcards from him blindly hoping that when I got home and sifted through them I'd find more variations or, even better, completely new cards for my collection. 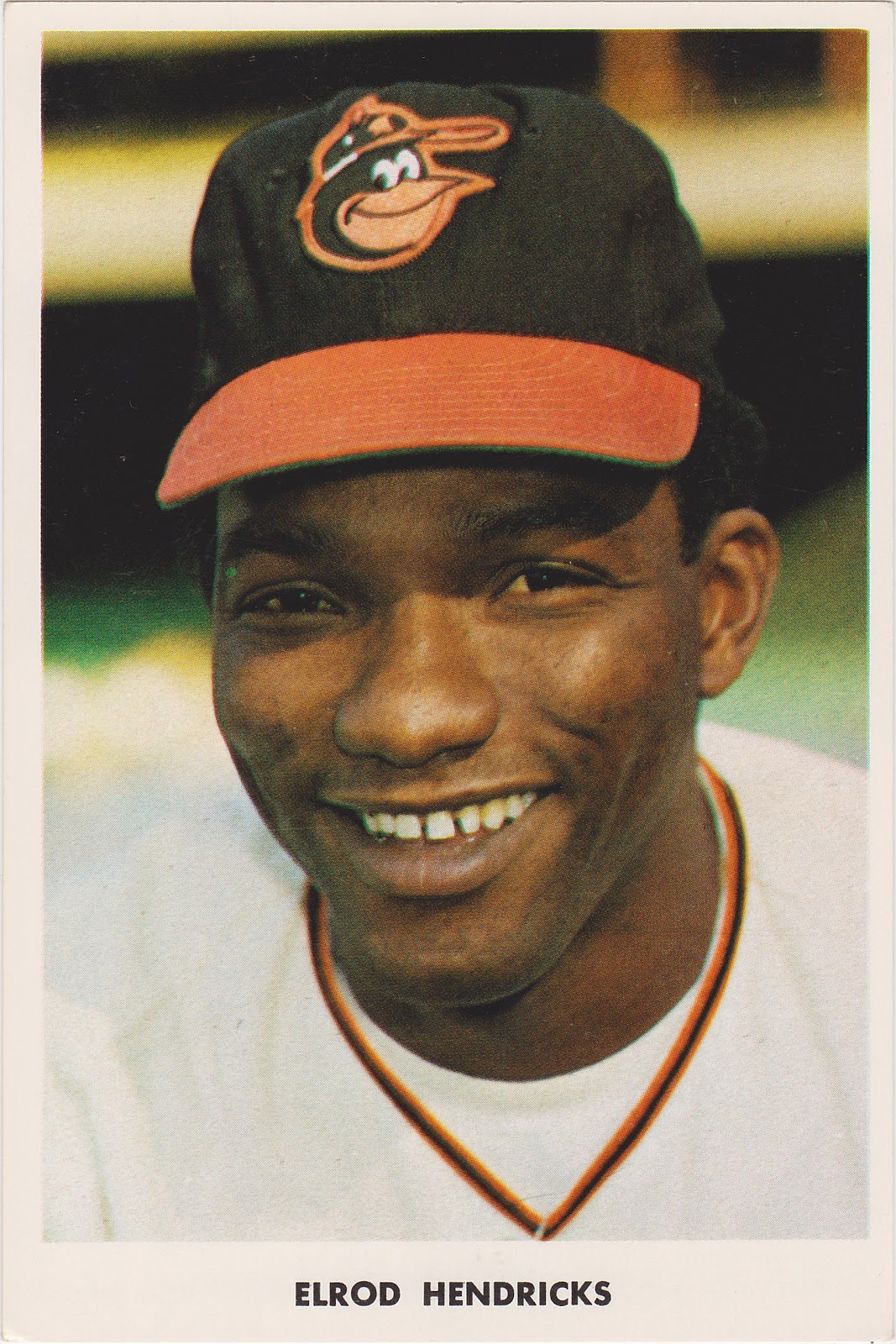 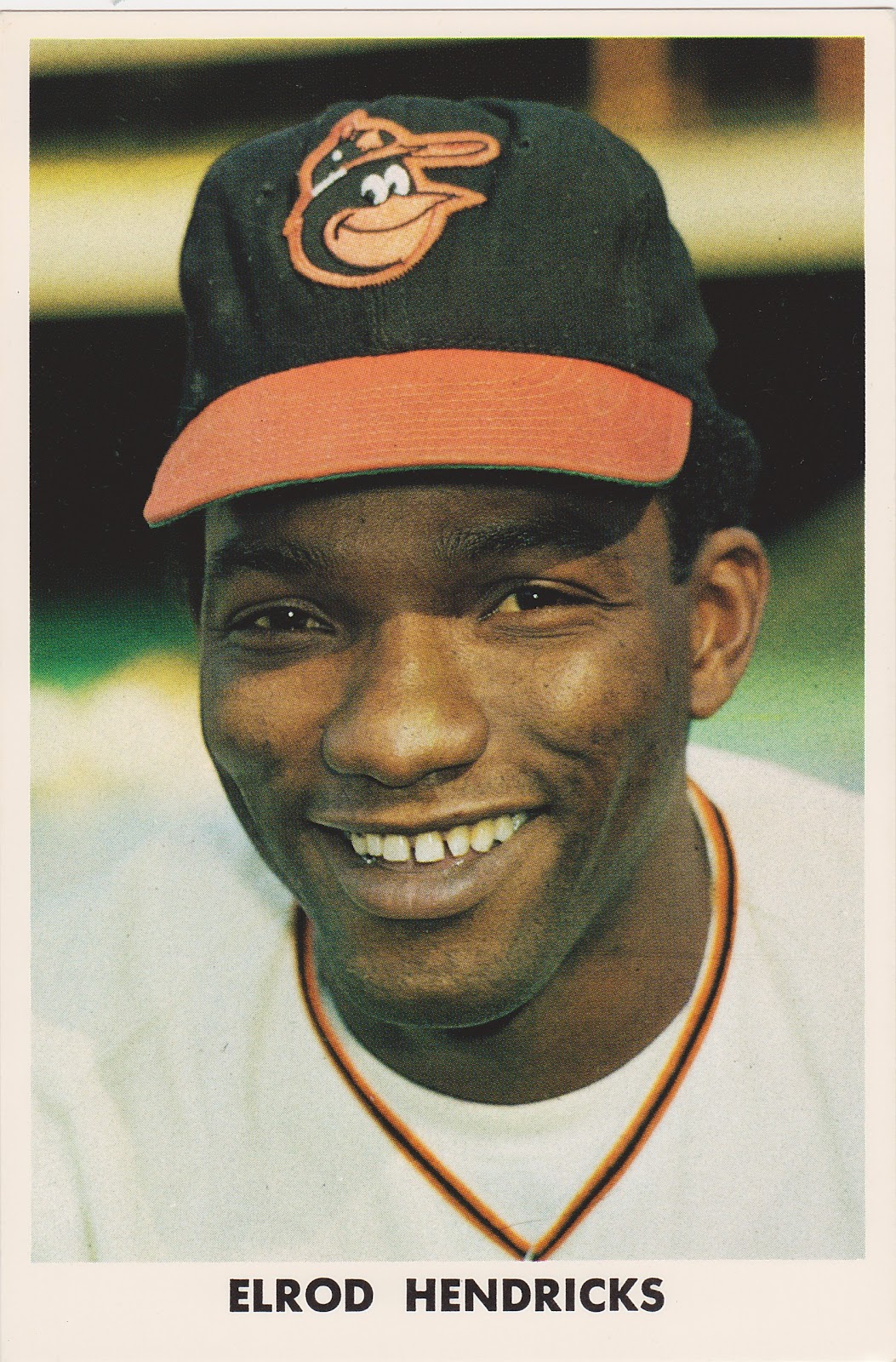 Poking around my binders and boxes of Orioles postcards is a lot of fun. I made pencil notations on the back of some with the date of issue if I could determine it. For example both of the large letter examples above I figured to be 1971 cards. I have no idea if that's correct or how I came to that conclusion. In later years I decided that marking the cards was a bad idea so I went with adhesive stickers on the four pocket pages I kept them in. Yesterday, as I flipped through one binder all these little white dots, the now detached stickers, floated out onto the table. Time to start over!
Posted by Commishbob at 9:07 AM