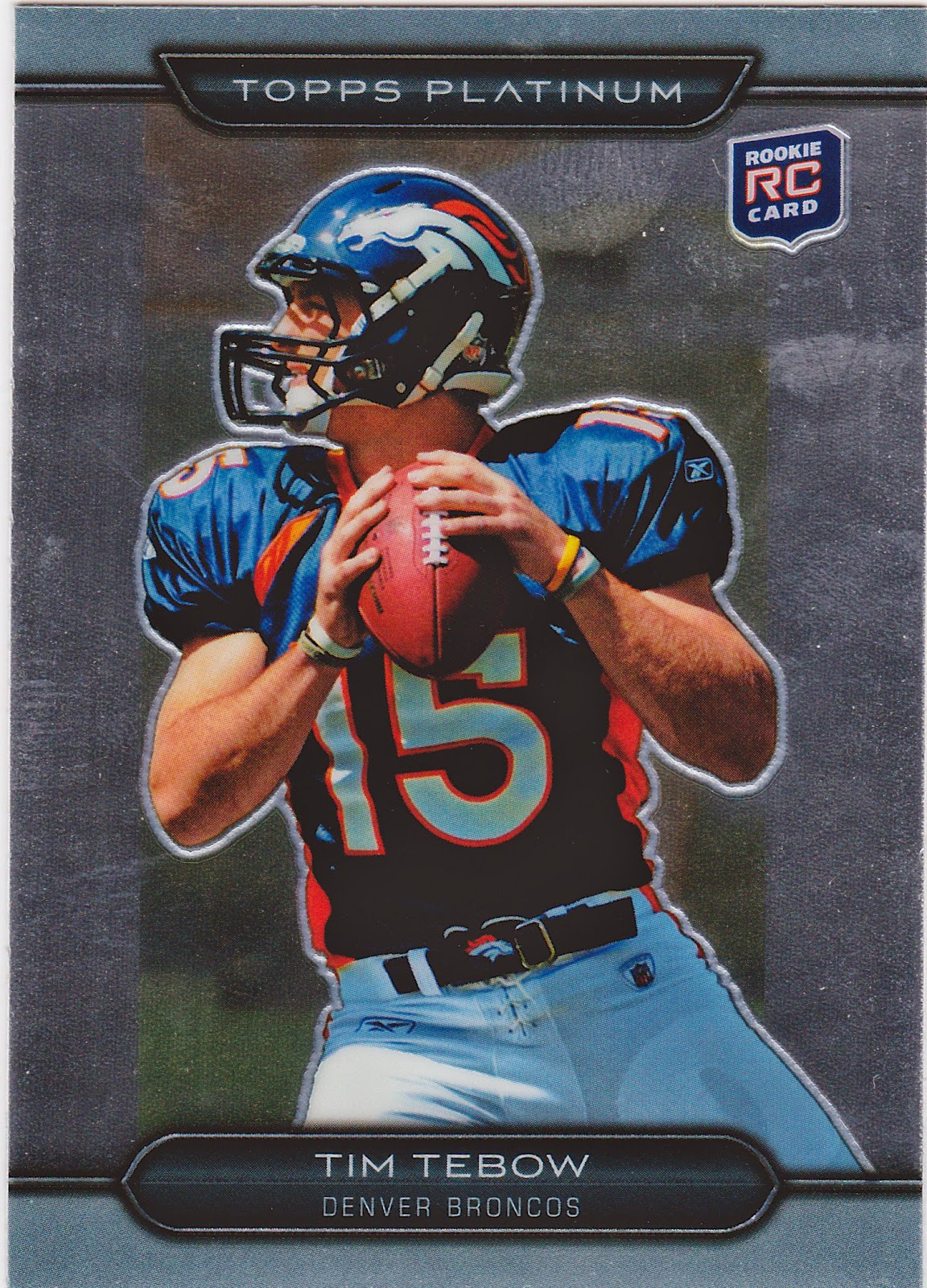 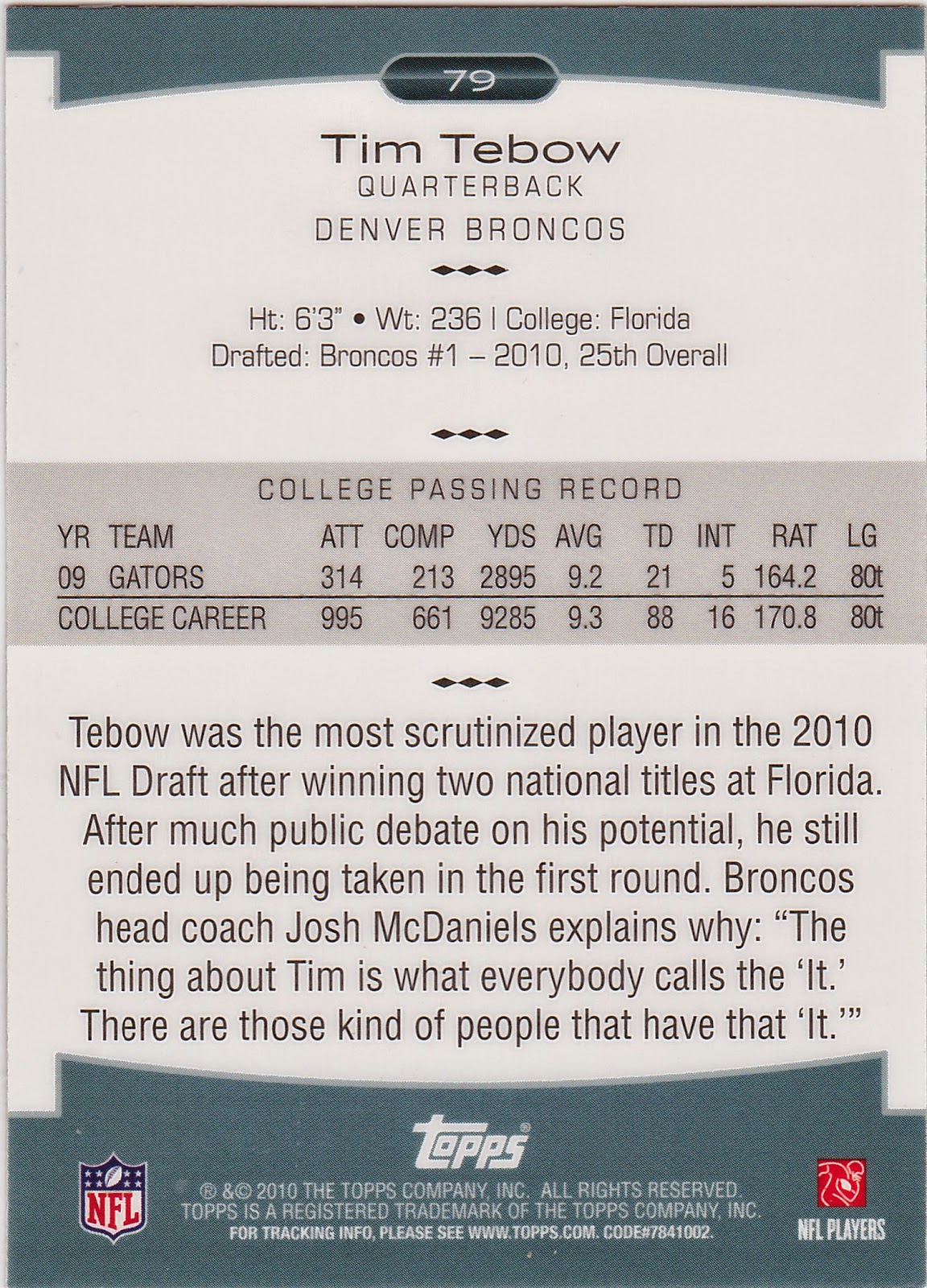 NFL Info: As this card alludes to, Tim Tebow was one of the discussed players in recent memory. He was a controversial pick by the Broncos in 2010 (actually he was part of a deal with the Ravens that got him to Denver during the draft). He had a strong college resume coming out of Florida including a Heisman Trophy but many doubted his ability to play in the pros. That, and a propensity to rub people the wrong way all added up to headlines and his appearance as a topic on every ESPN talking head segments for months.

He started three games his rookie season in relief of Kyle Orton and nine games in 2011 as the Broncos made a wild card appearance with an 8-8 record. He threw a game winning OT touchdown to beat the Steelers in the WC game than the Broncos were dismantled by the Patriots. He played with the Jets in 2012, listed as a TE/FB and was with the Pats last year but was cut before the season started.

Fantasy Impact: I picked up Tebow on waivers during the 2011 season to back up Ben Roethlisberger and fill in during Big Ben's Week 11 bye. That week Tebow played on a Thursday night game against the Jets and I was with my wife at a Sting concert. I'm sure I was the only knucklehead in the place checking NFL updates on his phone while Sting played Every Breath You Take. Tebow had a respectable 17 points and I won my game by 10. I made the playoffs with an 8-5 record but was bounced out in the first round by my long time rival. And so it goes. I took some crap for picking up Tebow (just like the Broncos did) but I've said many times, I'd use a North Korean dictator if I thought he'd get me some points.

The Card: It's chrome-afied, so it doesn't scan well. I'm far from an authority on Topps modern football issues so I have no idea how the Platinum set was issued but it's a cool enough card. I like the rookie 'shield' on the front. The picture and design are fine, too. One quibble with the back. They list only one season of Tebow's college stats. Why bother if you are not going to list them all?

And thus ends what is likely the one and only Tim Tebow post you'll see on this blog.