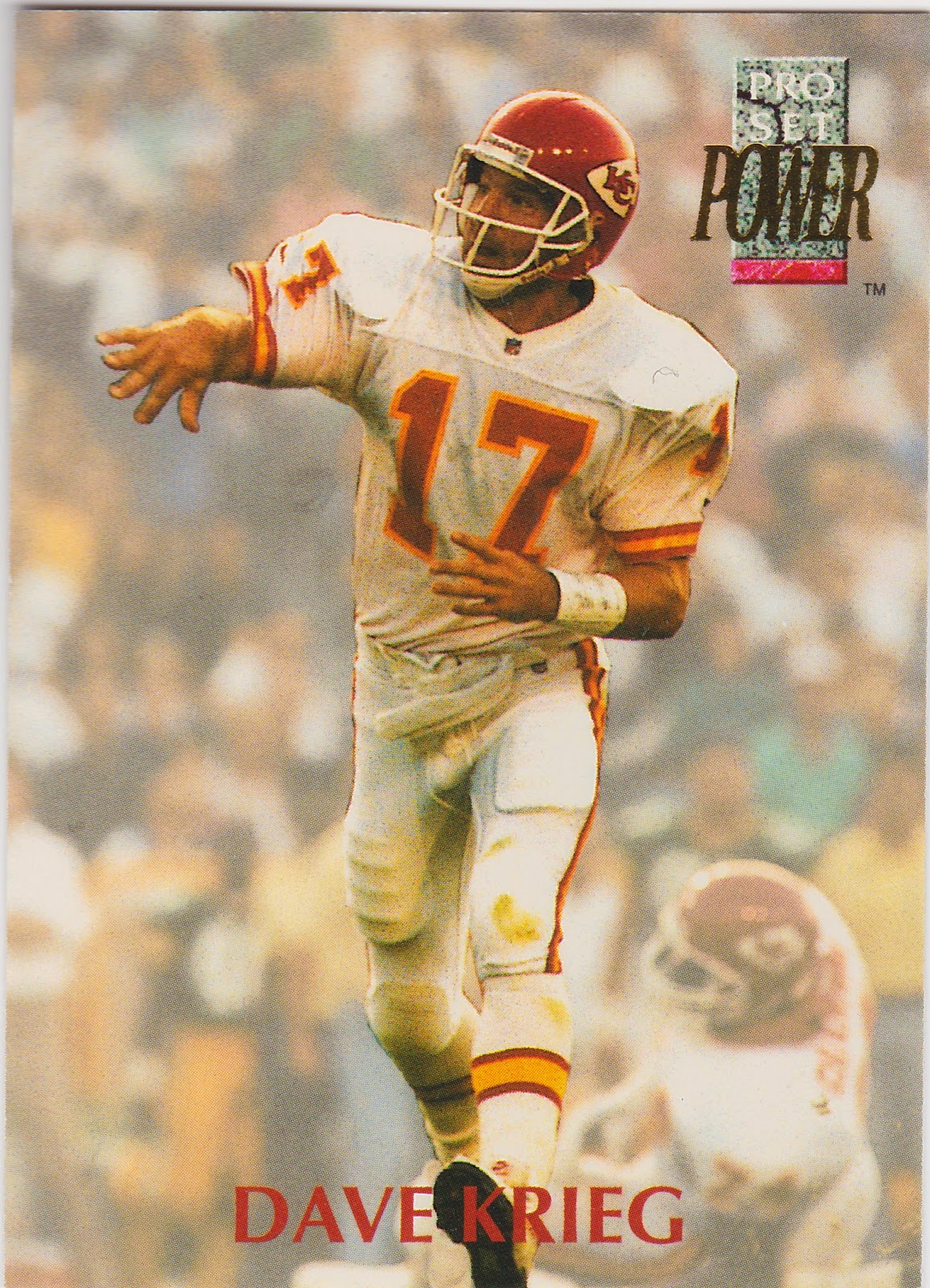 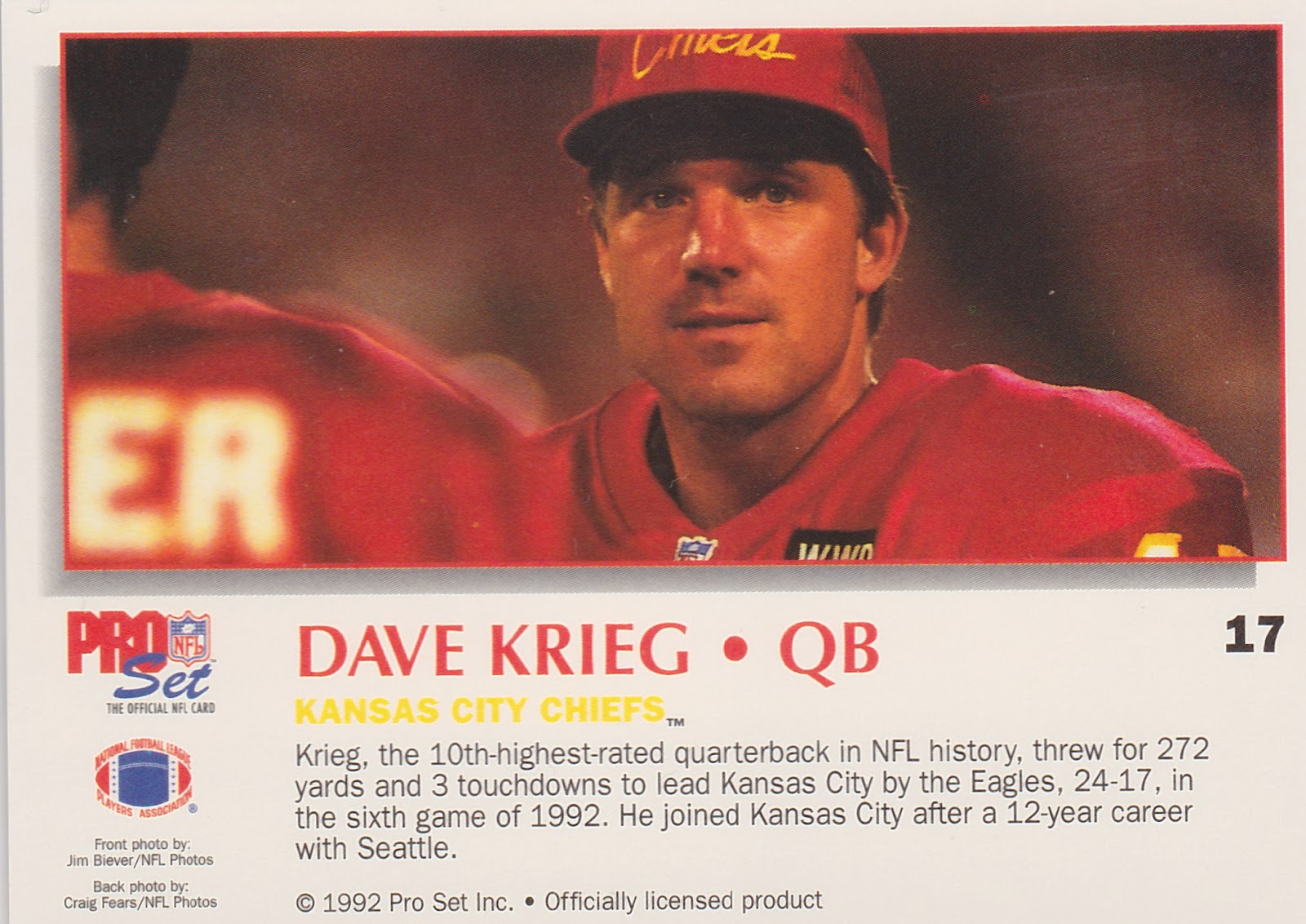 
Dave Krieg got his start in college football as the 7th string quarterback at Milton College in Wisconsin. His break came in the fourth game of the season his freshman year when he was called upon to play. He threw four passes in his first game, three of which went for touchdowns. That sensational start enabled him to earn the starting quarterback position which he maintained throughout the remainder of years at Milton College.

His coach was so impressed with him that he wrote a letter of introduction to the Seattle Seahawks. Film cannisters were shipped to Seattle, Krieg was given the opportunity to try out with the Seahawks, and the rest is history! Dave Krieg played 12 seasons (1980-1991) with the Seahawks and seven seasons (1992-1998) thereafter, sporting the uniforms of the Kansas City Chiefs, the Detroit Lions, the Arizona Cardinals, the Chicago Bears and the Tennessee Titans. In his years in Seattle, he was the club's all-time leader in 31 categories. His NFL career totals rank in the top 10 among all-time NFL quarterbacks in four categories: attempts (5,311), completions (3,105) passing yards (38,147), and touchdowns (261).

Dave Krieg was inducted into the Seahawks' Ring of Honor in 2004, joining only 7 other Seahawks in earning this prestigious honor.

Fantasy Angle: I had Krieg twice, in 1992 when he was a member of the Chiefs and he made one start for me on Jim Kelly's bye week. He didn't score a point. '92 was very forgettable. I was 3-9-1, easily the worst record I've ever posted. In fact I've only had two other seasons in which I finished as many as two games under the .500 mark. I had Krieg again for a few weeks in 1995 as an Arizona Cardinal and he didn't play during that season.

The Card: I loved the 'original' Pro Set issues of 1989 and into the '90s. Pro Set Power from '92 was an attempt (I guess) at a higher end set. The Krieg card is pretty nice overall. It has that borderless action shot on the front with a blurred background that makes Krieg stand out. Not much in the way of distractions on there either, just his name and the set logo. The use of a portrait on the back is a point in it's favor, beats the re-use of the front picture. No stats or bio on the back, just a few career notes. Not the best card in my fantasy football 'frankenset', but not the worst either.
Posted by Commishbob at 6:00 AM