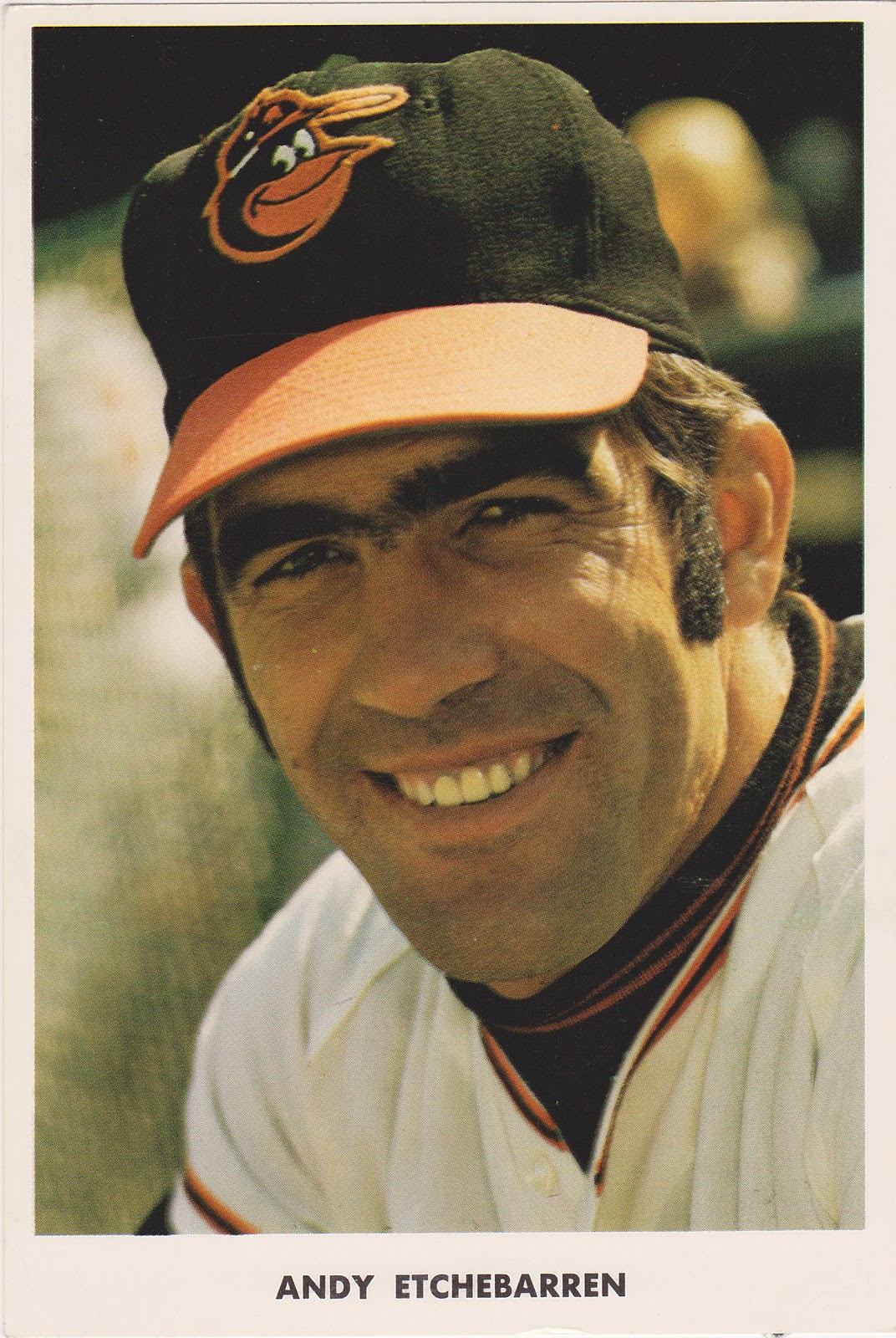 The 1964 through 1971 Orioles. Oh, how good those days were. Even the crappy '67 Birds managed to entertain me, in a razor blade cutting sort of way. Other than that team the Orioles were in contention or winning outright the AL/AL East. The Robinsons, Jim Palmer, Boog Powell and Paul Blair were the stars. I loved them, but I also loved the 'other guys' just as much.

Here is a look at postcards of a couple of players that rank high in my baseball world. These all come from my huge stash of Orioles team issued postcards from that era. Back in the early 80s I collected postcards like a man possessed.

I just might be the owner of that cap on Andy Etchebarren's head. My then-uncle picked up a game hat from Etch at some banquet back in the late 60s and gave it to me. I doubt it's that exact cap but I like to pretend it is. Of course with it being about a size 7 and me being a size 8(!) I've never worn it and I doubt I could even find it without tearing apart my hobby closet. 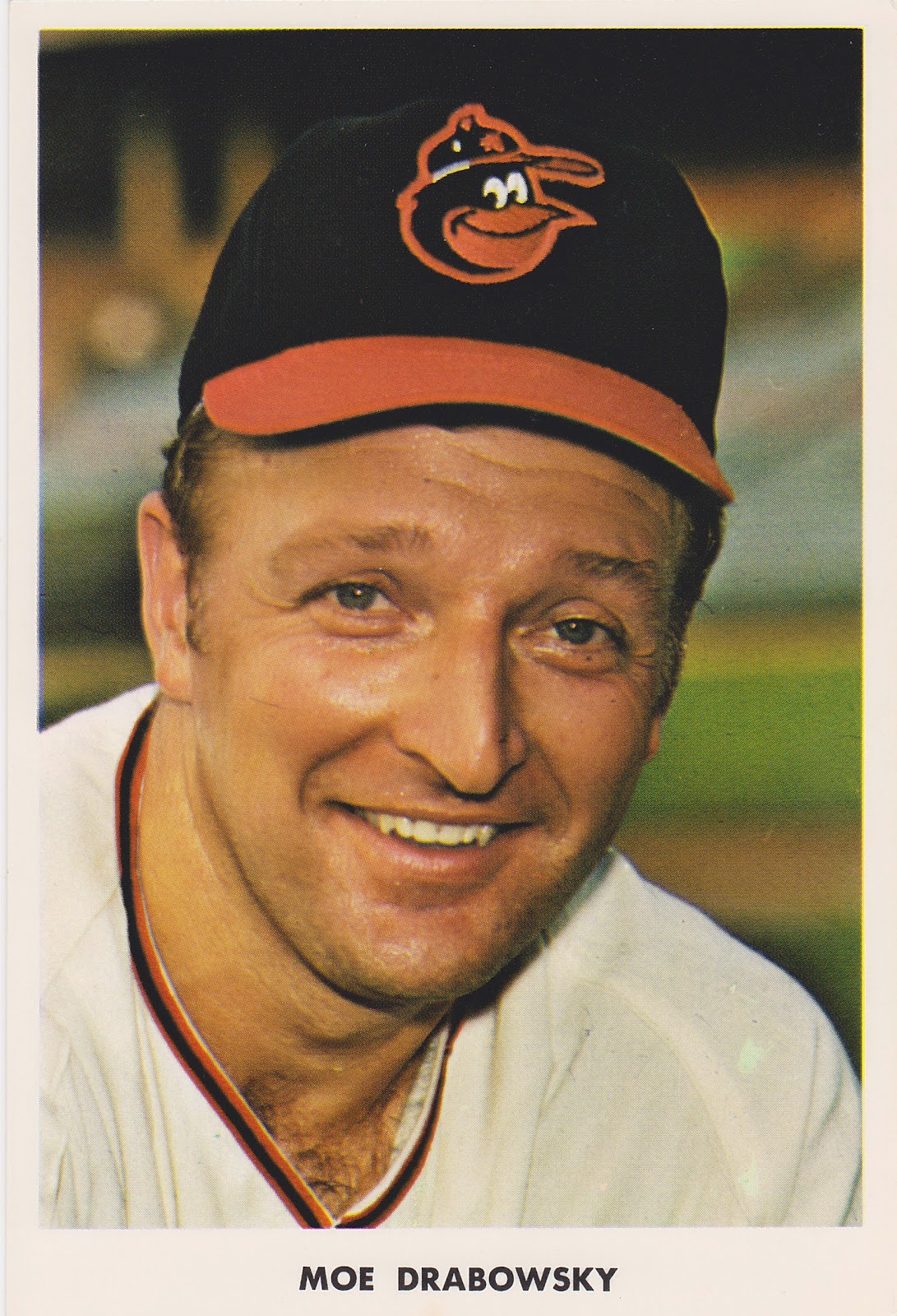 Moe Drabowsky just looks like a cut-up doesn't he? Drabo is, according to Chicago columnist and baseball fan Mike Royko, "still considered the best pitcher that Ozanna, Poland, ever produced." 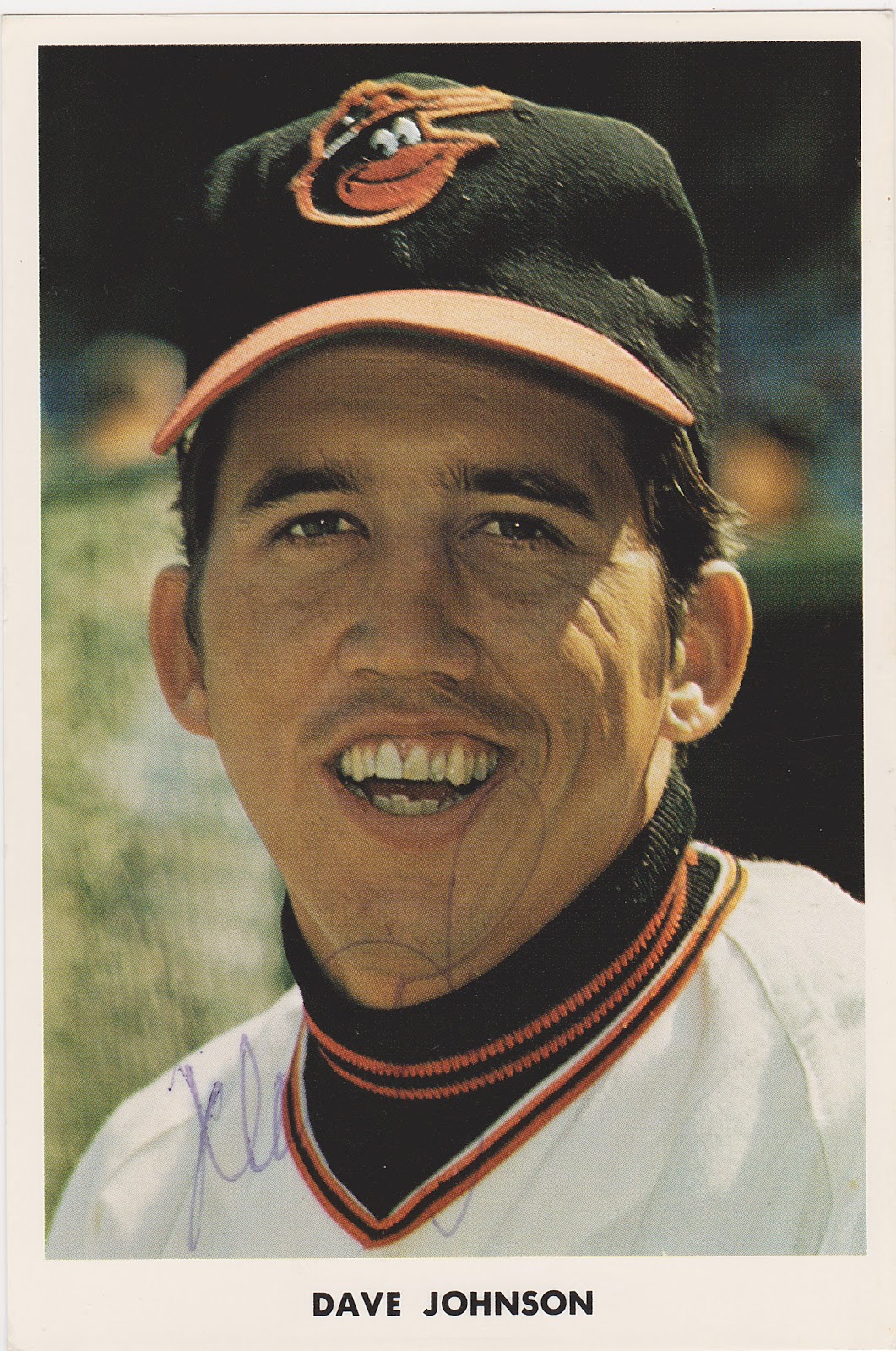 Dave Johnson, one of my all time favorite Orioles. I have never figured out why he was 'Dave' Johnson as a player but 'Davey' Johnson as a manager. Whatever. If Peter Angelos had fired himself instead of Johnson in 1997 the franchise would have been much the better for it. 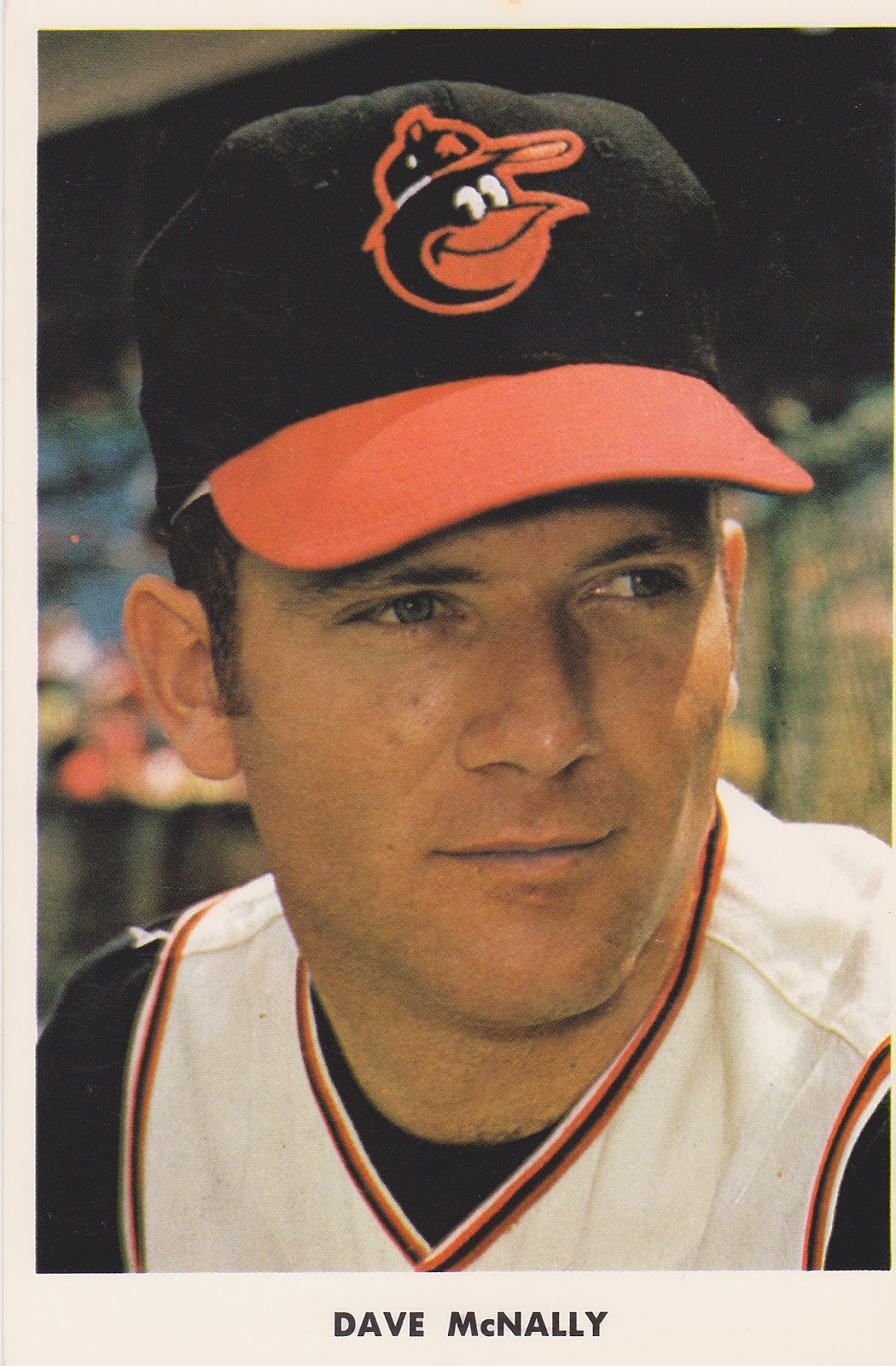 Dave McNally is rocking the Orioles sleeveless unis that they wore at times in 1968 and 1969. They were the perfect alternate unis IMHO, different enough to be cool and worn infrequently enough to be fresh when they did. 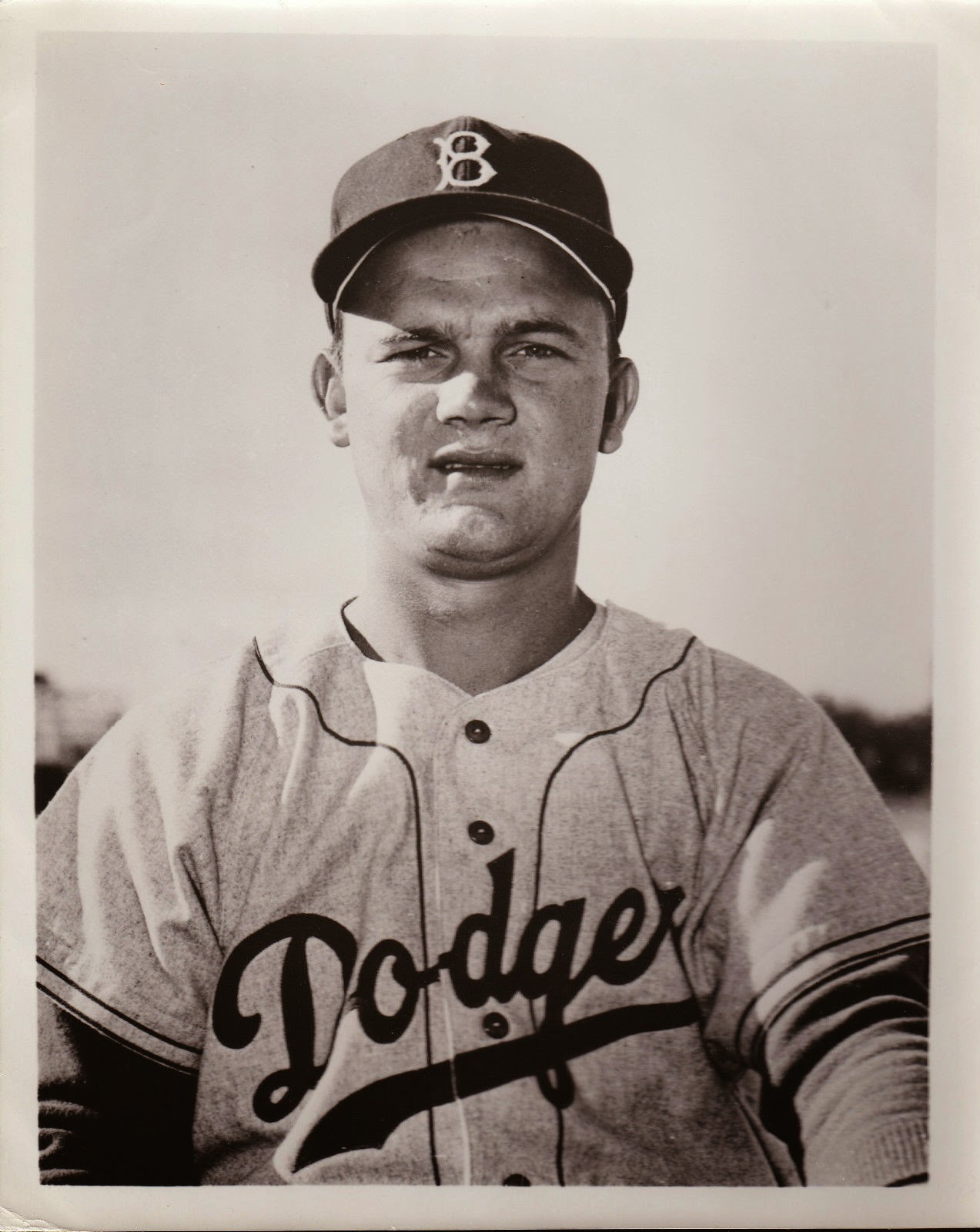 Posted by Commishbob at 9:40 AM