I was holding off on typing up a post until I watched Saturday night's Stanley Cup Game Five. But the Rangers and Kings want to keep playing and keep playing (headed into overtime #2 at the moment) so I'll get to work.

These two 1968 Topps Game inserts are the rest of Jim from Downington's envelope. They sort of got overlooked as I endeavored to find out more about those Orioles stand-ups but they are pretty cool themselves.  They are certainly designed to mimic the 1951 Topps Red and Blue Backs although the front lacks the 'diamond' element of the originals. The backs are very much the same. The '68 set has a pretty good representation of the game's stars. They six pitchers included are not nearly up to the level of the 27 hitters. Take a look at that checklist. Many Hall of Fame types are here including 8 of the first 10 in the numerical checklist.
Here is Brooks wearing an Orioles cap that they had put in their rear-view about three or four years prior to the set's release. 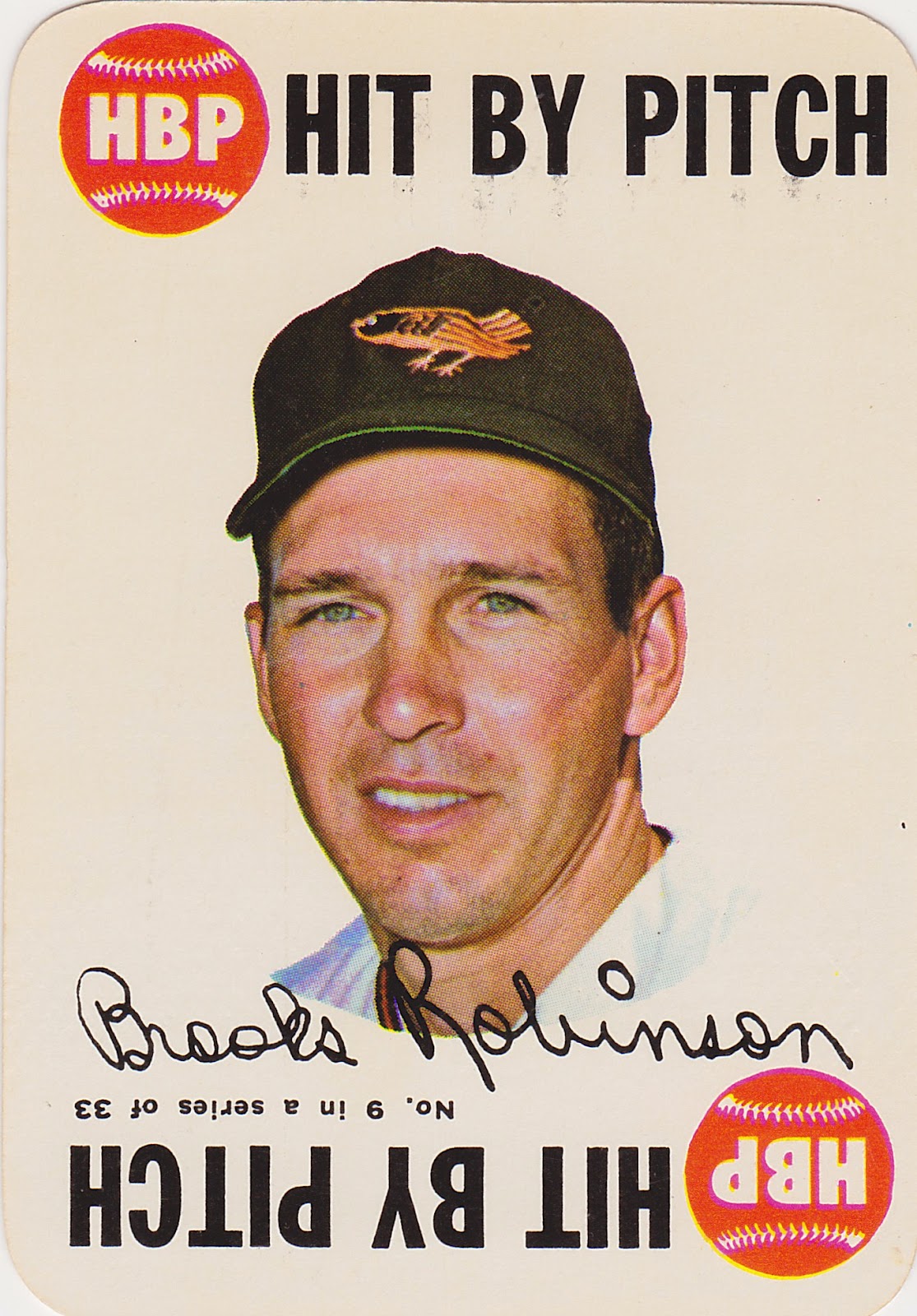 Frank Robinson's card has a more up-to-date photo and he represents a 'triple' as opposed to Brooks designation as a HBP. Ouch. 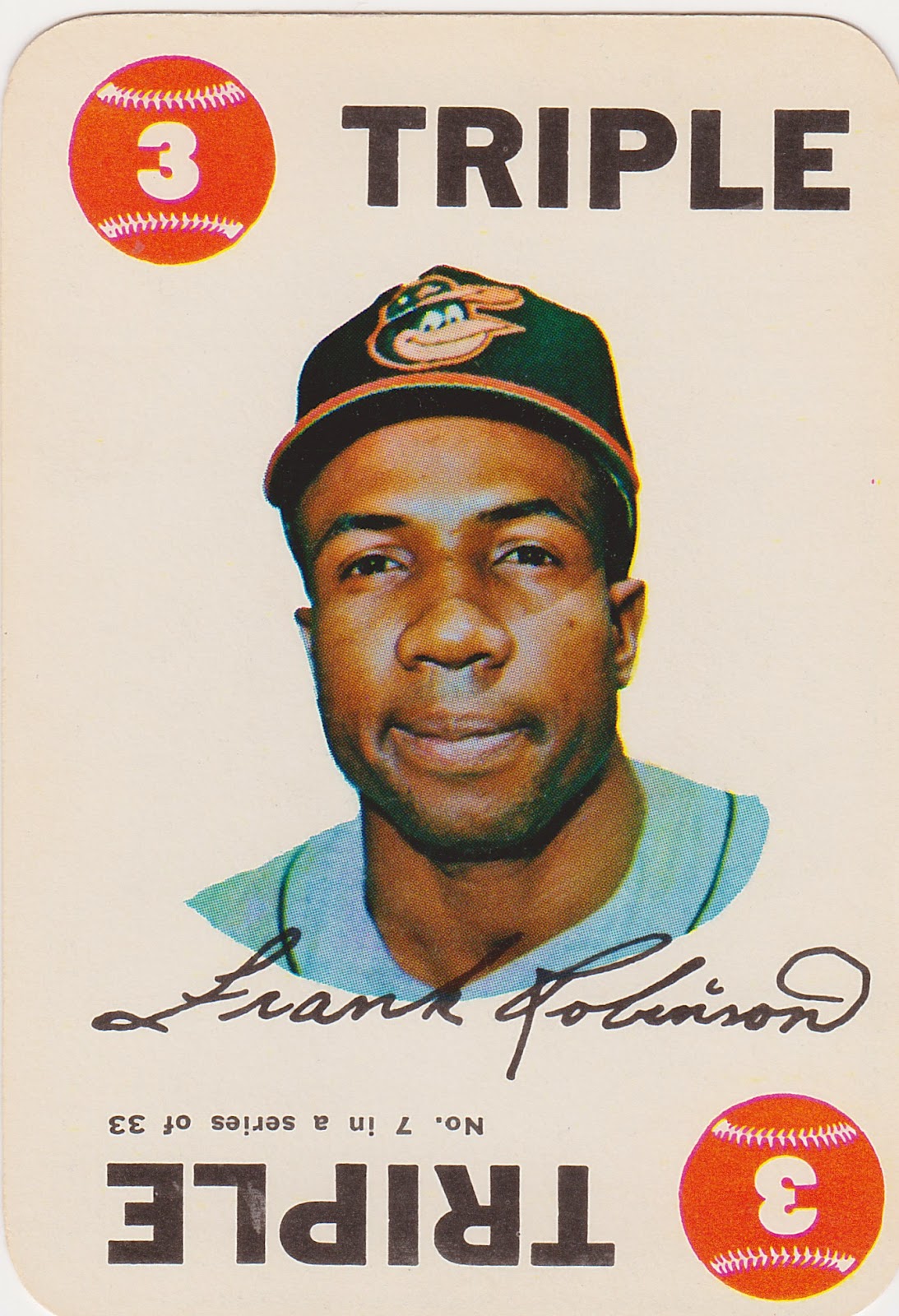 (Damn, Rangers just lost. I will focus on the fun season just past and try not to bitch about the HORRENDOUS tripping call that was went down in the third and allowed the Kings to tie up the game. I won't bitch, I won't bitch.....) 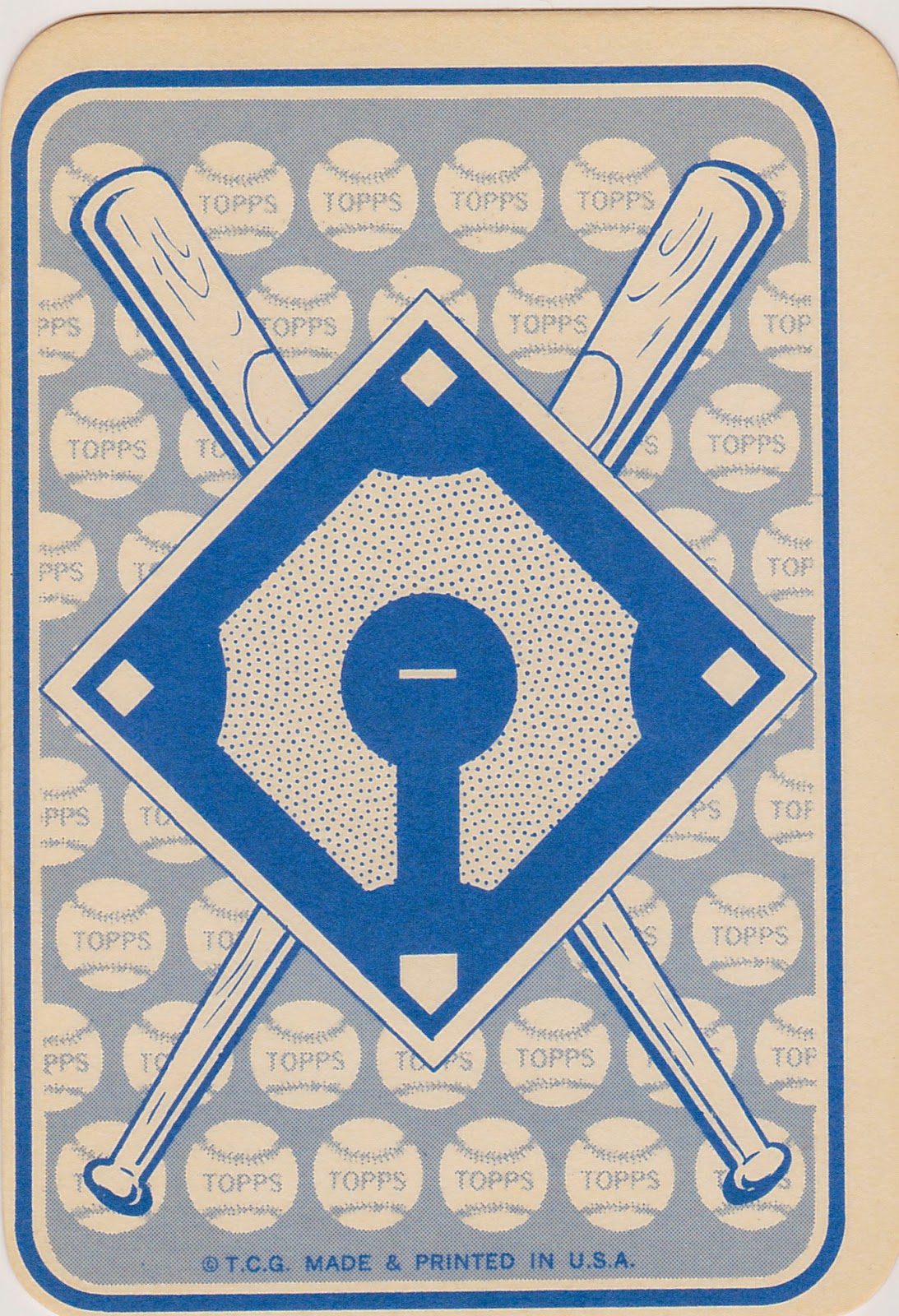 1968 Topps Game Inserts checklist with Hall of Famers bolded (Richie Allen's Hall credentials are a topic for another day):


Every one of those cards can be had for less that $10, most far below that. The only exception might be the Mantle card. Below I've posted the images of my Billy Pierce Blue Back for comparison's sake. 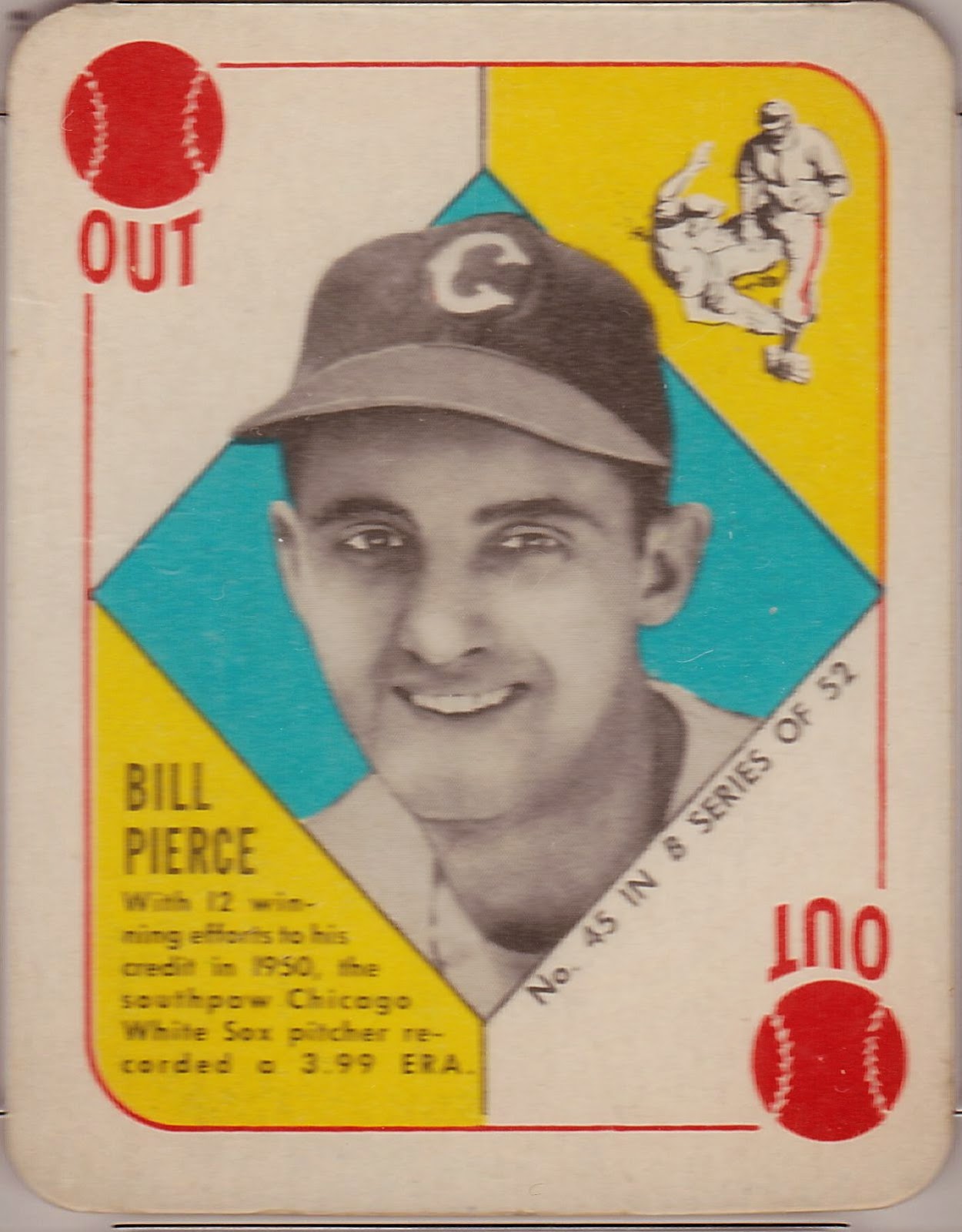 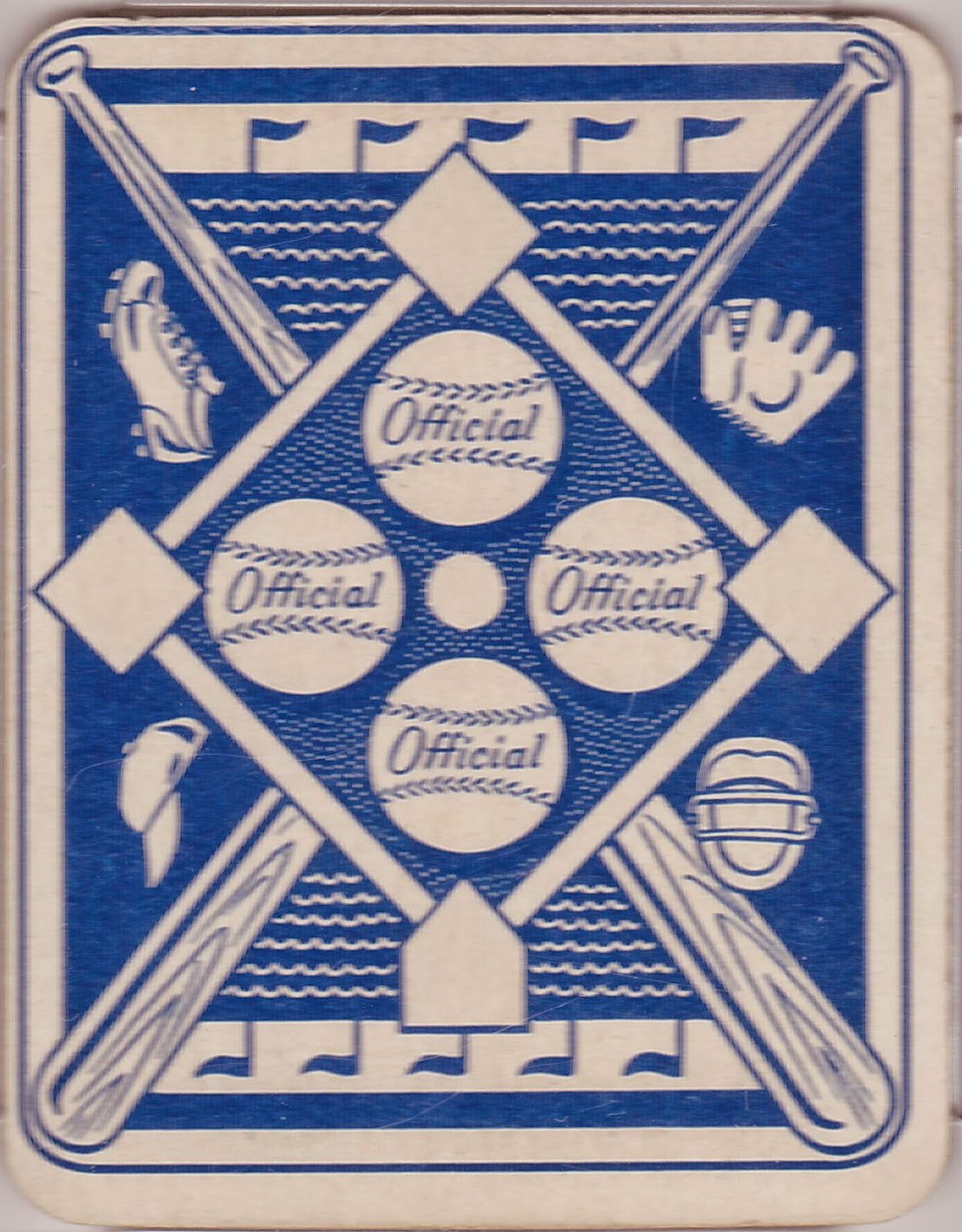 Again, Jim, I thank you for the great group of cards you sent. I'm going to snag the rest of those Orioles Stand Ups and I may just have to put this '68 game set together as well.
Posted by Commishbob at 6:00 AM