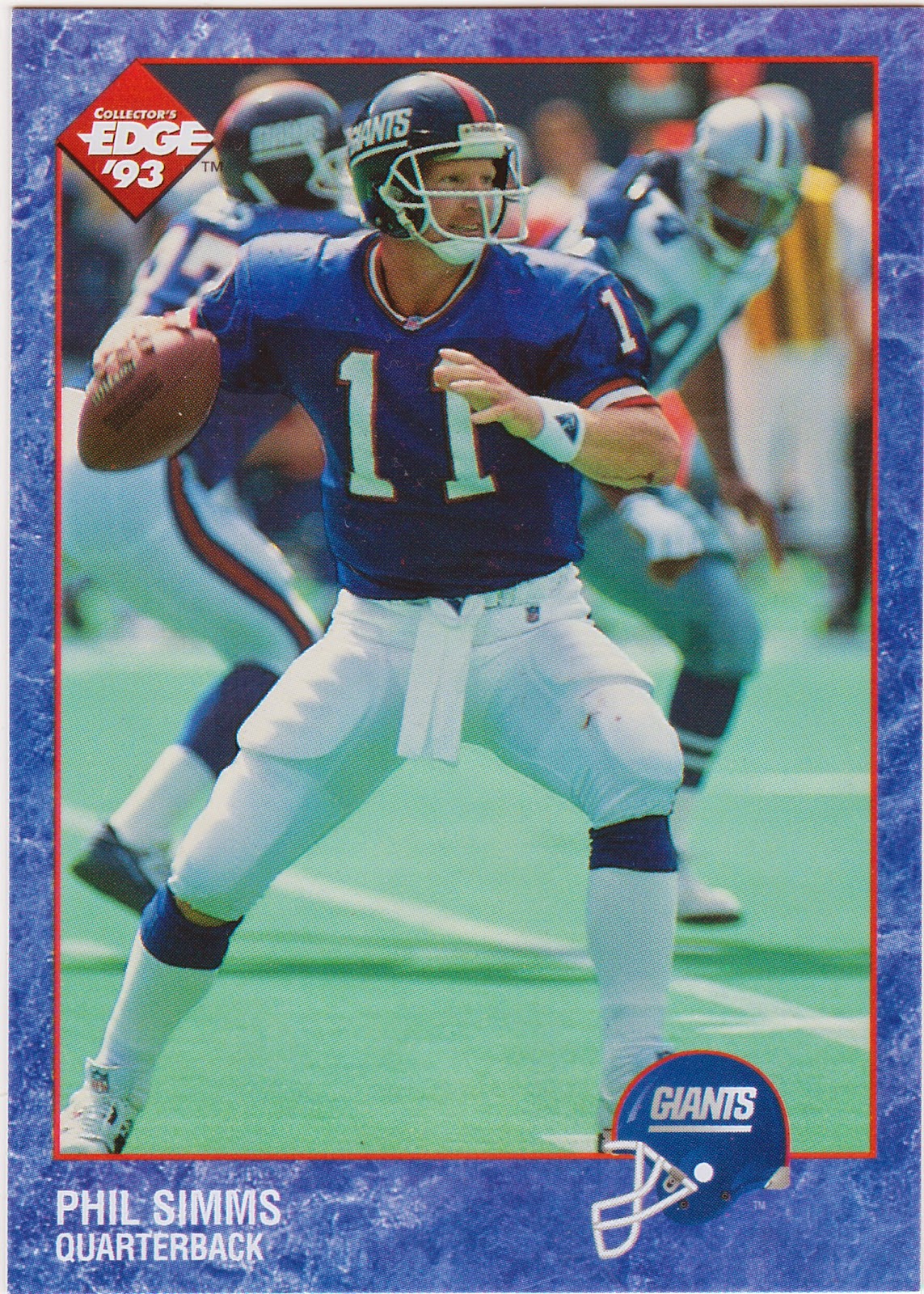 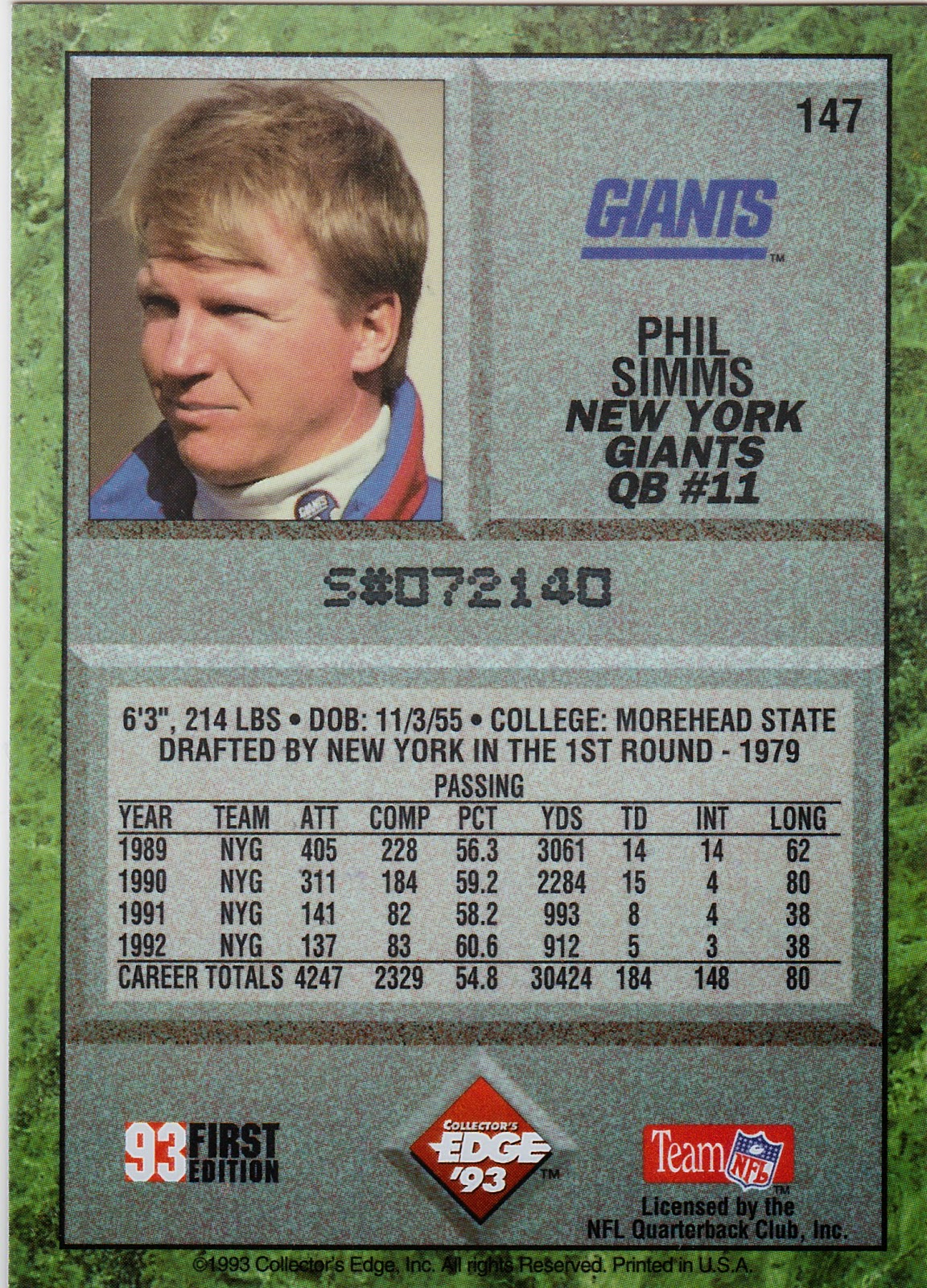 NFL Info: Phil Simms was drafted in the first round by the Giants out of Morehead State in 1979. He played for 14 seasons. He was MVP of Super Bowl XXI, leading the Giants to a 39–20 victory over the Broncos. In that game he set the record for highest completion percentage in a Super Bowl, going 22 for 25 He made the Pro Bowl in 1985 and 1993.

After his playing career he moved into the broadcasting booth and has done quite well. He's worked for ESPN, NBC and got some assignments outside of football including the Olympics with those networks. He currently works for CBS and Showtime. He's the lead color man on CBS' AFC team alongside Jim Nantz.

Fantasy Angle: Not much in my history concerning Phil Simms. I picked him up on waivers in 1985 but never used him as Neil Lomax and Vince Ferragamo carried me to an 8-4-1 record that season. He was never a huge TD guy and back in the day we were a TD points only league so Simms wasn't a particularly hot item.

The Card: Collector's Edge was a brand during the 1990s when every day seemed to bring out a new set. I remember seeing them at card shows, usually in the 10 cent star binders and boxes. This '93 design was typical of the brand. Not bad actually, big clear action picture of the front, blue marbleized border with a team helmet. The back uses a different shot but the stats are limited. I never cared for incomplete stats on cards. I'd prefer using either the previous year's numbers or the whole career. Putting the past four seasons there seems silly. I have no idea what the stamped number signifies. The '93 First Edition' logo makes me think that this was Collector's Choice initial offering. I'm not going to bother to look that up.
Posted by Commishbob at 6:00 AM