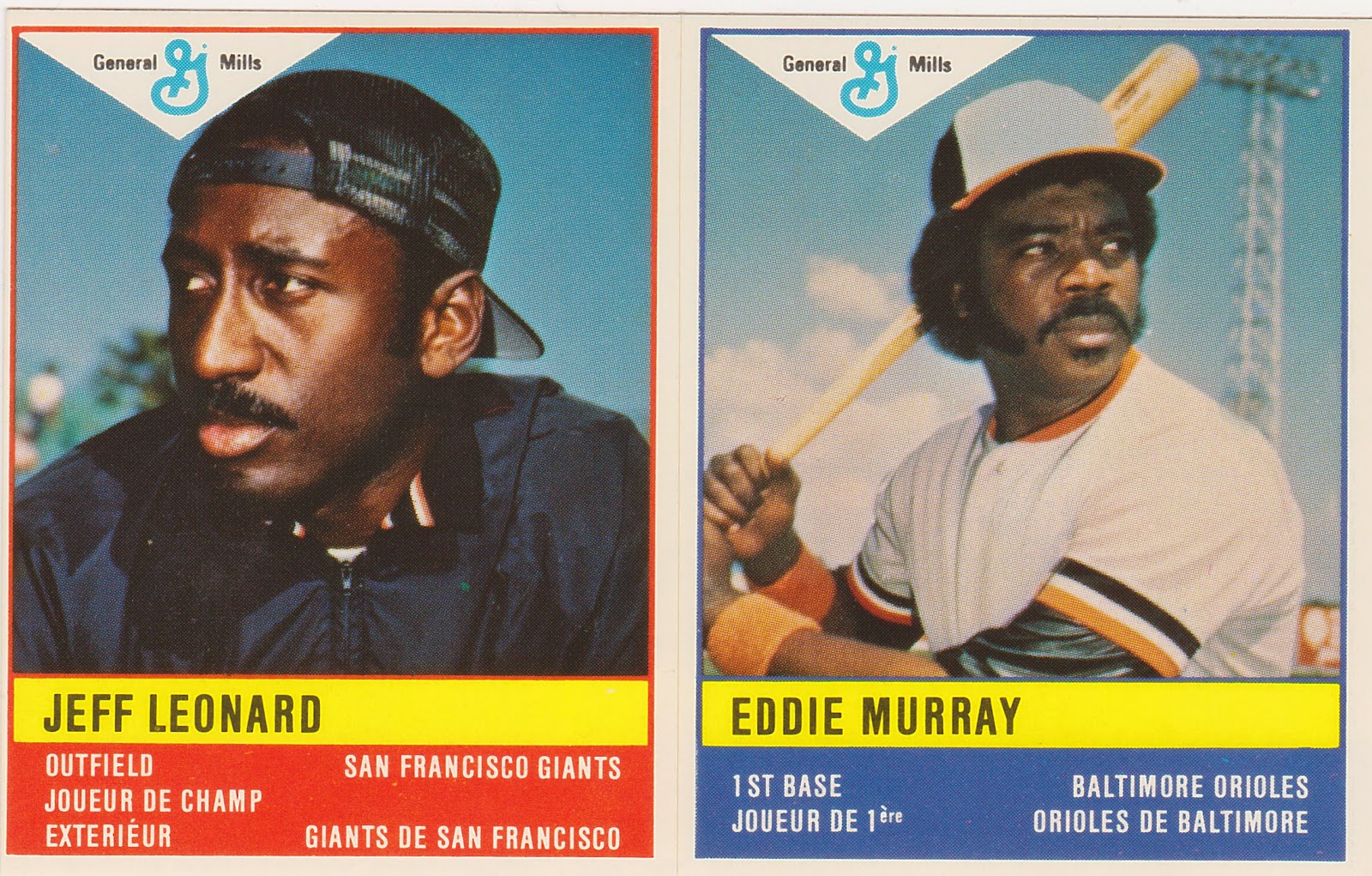 More 'stuff' chosen at random (more or less) from a box of 'oddball' collectibles I dug out of my closet. First up, some sort of General Mills sticker pair. The two stickers occupy one sheet of backing paper but are not themselves attached. These are bilingual stickers with English and French printing. I don't know the backstory on these but I bet someone else does. EDIT.....they are from 1985 and there were 26 in the checklist. No team logos are seen on them but using the team names was fine apparently.

BTW...Jeff Leonard was known as 'Penitentiary Face'. I tender that nugget without further comment. Here is a Luis Aparicio card from another 1985 set. It's a TCMA issue. Interestingly the card depicts him from his days as an Oriole but it commemorates his rookie season which of course came in Chicago. 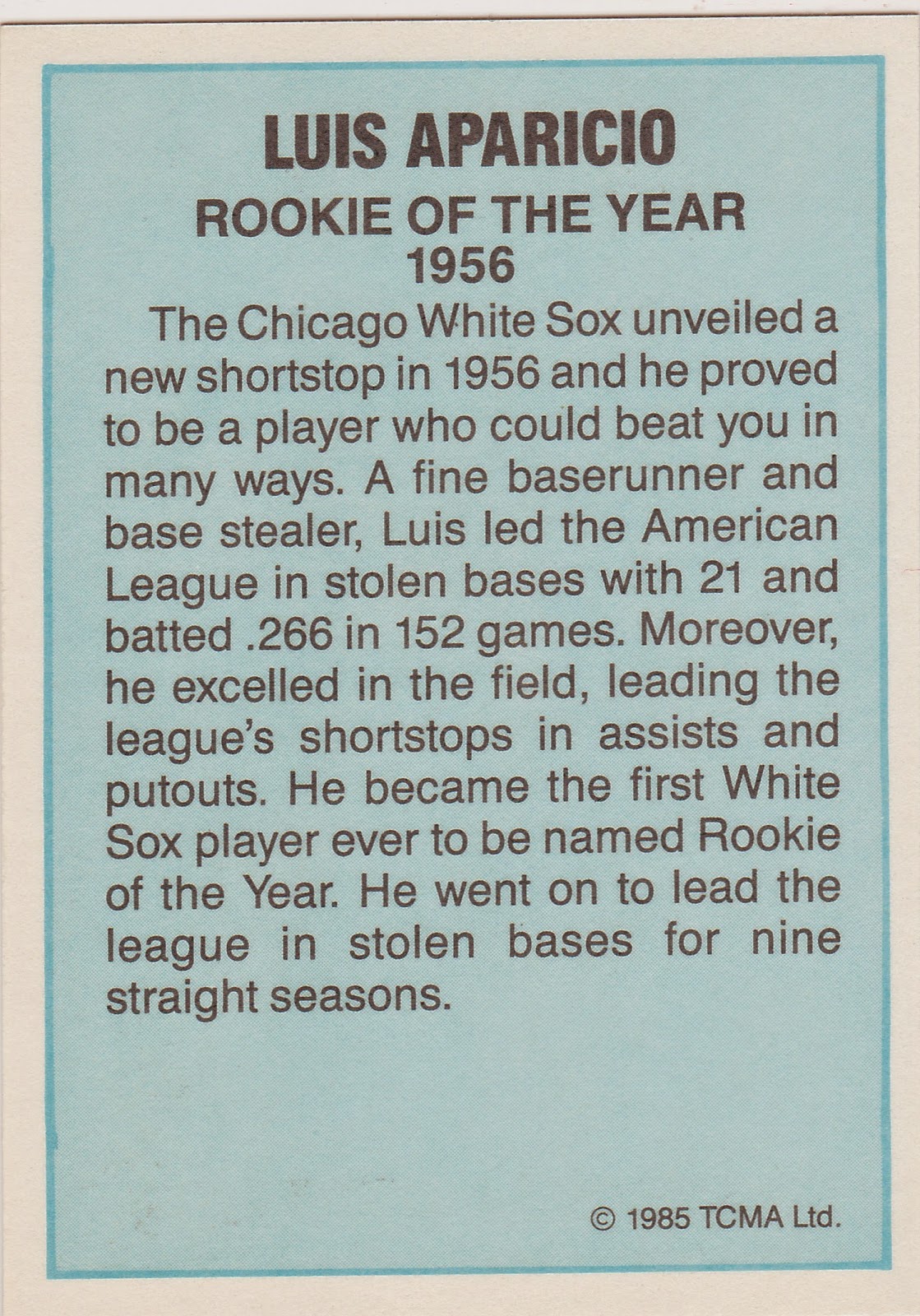 A 1962 Baseball Buck featuring Oriole catcher Gus Triandos. These were a 'test' issue and came one per pack which cost a penny. There are many Hall of Famers in the set. Gus Triandos isn't one of them. They are smaller than actual US currency...about 4 inches across and less than 2 inches tall. My favorite thing about them is the little stadium drawing to the right on the player photo. The only other one I own is the Brooks Robinson. He and Triandos are two of the five Orioles included. The others are Jackie Brandt, Chuck Estrada and Jim Gentile.

Posted by Commishbob at 4:56 PM