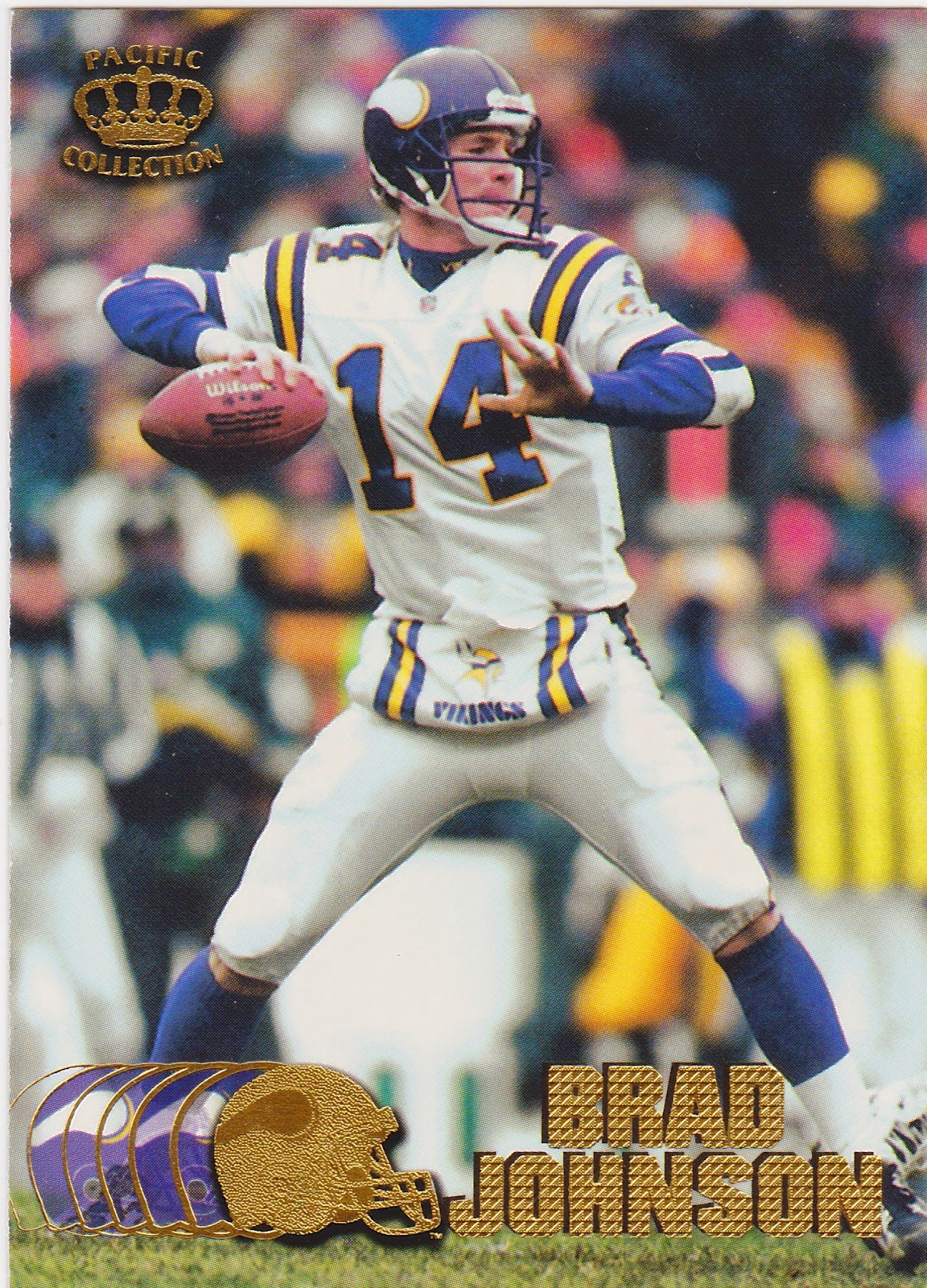 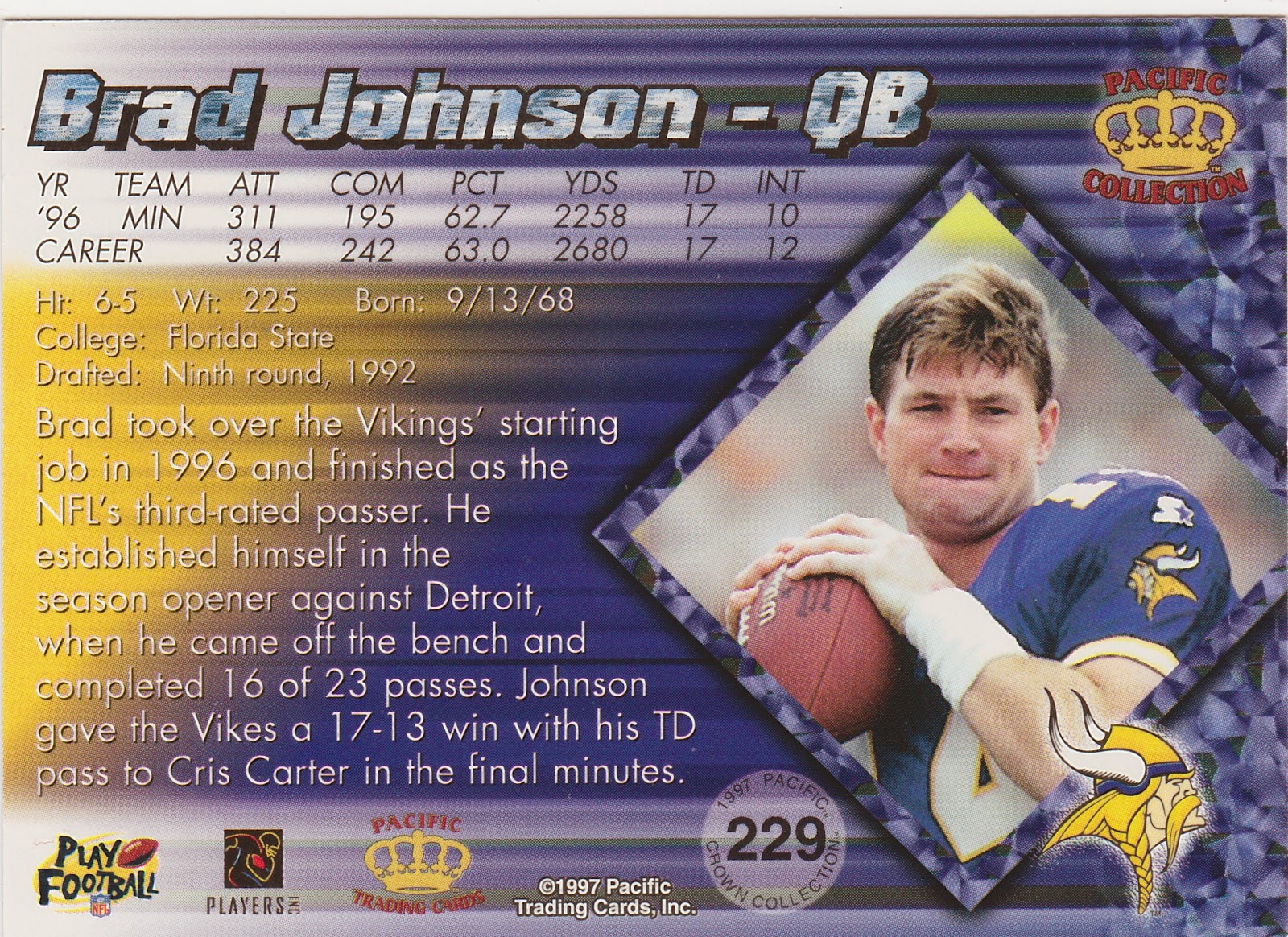 
NFL Info:  Brad Johnson was a ninth round pick of the Vikings in 1994 after a career at Florida State that saw him play both basketball and football. I was very surprised to read that Johnson had a 17 year NFL career. Just doesn't seem like he was around that long. But he was. Of those 17 seasons he was a starter for a total of six full seasons and parts of some others. He bounced around quite a bit after a couple of years as the Vikes go to guy. He spent a season as the Redskins starter, the Bucs had him under center for their 2003 Super Bowl title season. After that he was back in Minnesota and then Dallas, mostly as a reserve.

Fantasy Impact: I picked up Johnson late in the 2005 season and started him a couple of times down the stretch in place of my regular quarterback, Brett Favre who was having an un-Favre-like stretch. Johnson won me a couple of games and had a nice day for me in the playoffs. I switched to Mike Vick for my championship game and won it. So Johnson has two championship rings, and NFL one and an Ed Hughes League one. I hope he appreciates them both.

The Card: Two things would vastly improve the front of this card...first of all eliminate the 'echoing' helmet visual, just put the Vikes helmet there, and not in gold, thanks. Second, make the players name smaller. The back is very very busy. Did I mention that it's busy? Does it need the manufacturers logo twice? And a copyright line noting the company... and a card number with the company name surrounding it? No.
Posted by Commishbob at 5:00 AM