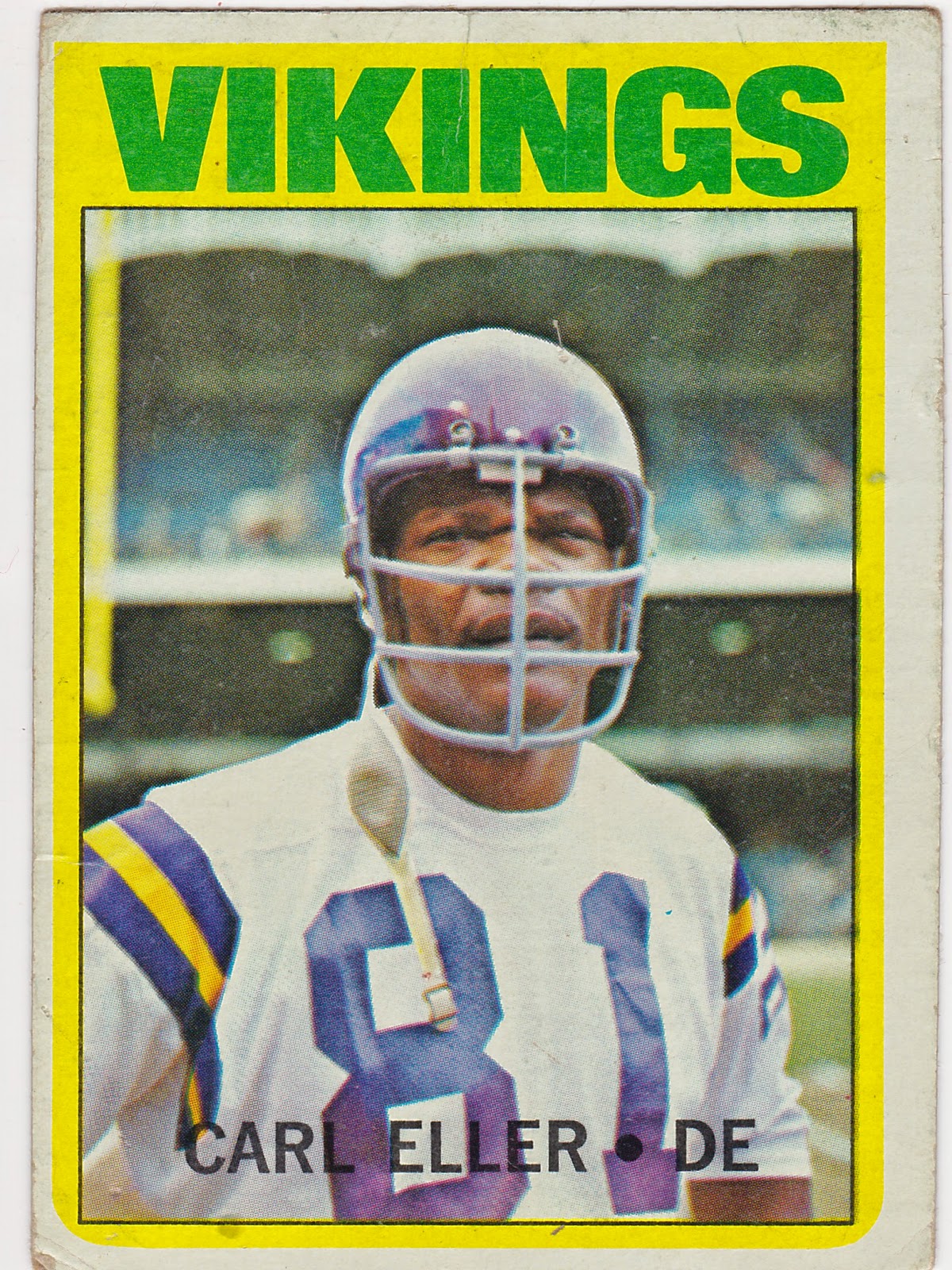 I spent Saturday at what I had hoped was going to be a big card show in Houston. Turned out that the venue was big (George R Brown Convention Center in Houston) but the number of tables/dealers and the crowd that attended could have easily fit into a much smaller site. But no matter, the dealers there had plenty of what I was looking for, vintage Baltimore Colt cards.

I spent about three hours bent over tables shuffling through boxes of football commons from the 60s and 70s and I was able to really pare down my wantlist. And despite my vow to focus purely on finding the Colts I needed I was distracted now and again by a few other cards which made me stop and take notice of them.

The first such card was the 1972 Carl Eller that's up top. The dealer whose box it was in was watching me pull cards and chatting when I held that card up and said something like 'this is one awesome football card!'. He looked at me like I was stupid. I tend to forget that for a lot of dealers cards are just a commodity to be bought and sold for a profit. The aesthetics of said cards are pretty much irreverent to them. That's not always the case but I've found it to be true in a lot of cases.

But that card. Eller wearing the helmet during warm-ups on a gray fall day in Yankee Stadium. Just looking at it brings to mind being in our '64 Impala with my family and listening to Marty Glickman do play-by-play of my Dad's precious New York Giants. Plus, Carl Eller is an all time great. So Mr. Dealer, it IS an awesome card. BTW...there is a slabbed one on eBay right now graded '10' that's sporting a $1353.99 BIN asking price. I got this one for 50 cents. 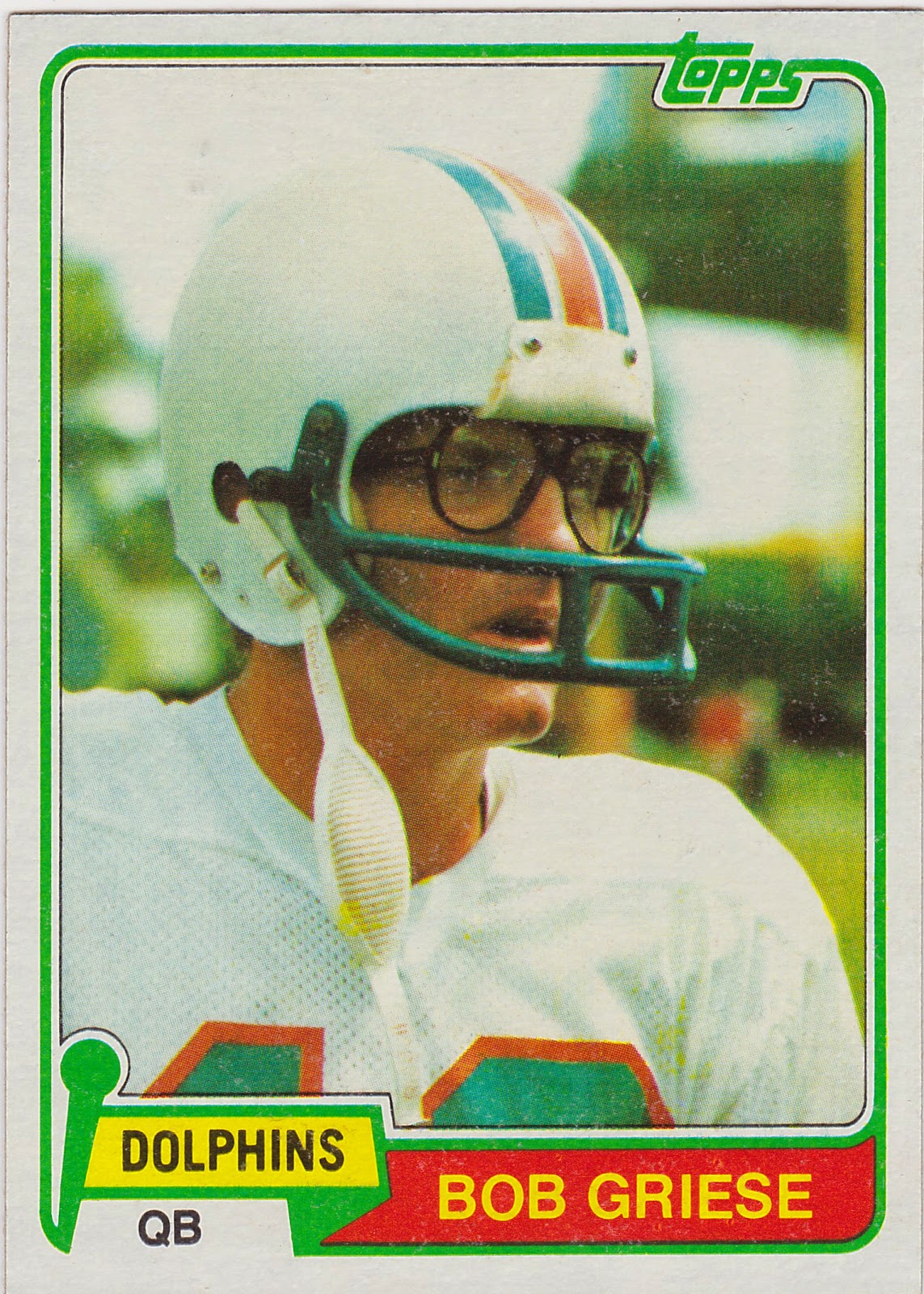 A 1981 Topps Bob Griese from another cheap card box. Those glasses, holy cow. Did Bob Griese really wear those while playing? Indeed he did.

Finally there is my new 1968 Jerry Stovall card. Stovall sports one of those old fashioned 'ear bump' helmets with a two bar mask. And there is that 'Runnin' Redbird' logo. There is just something about this one that reached out and grabbed me. I couldn't pass it up. 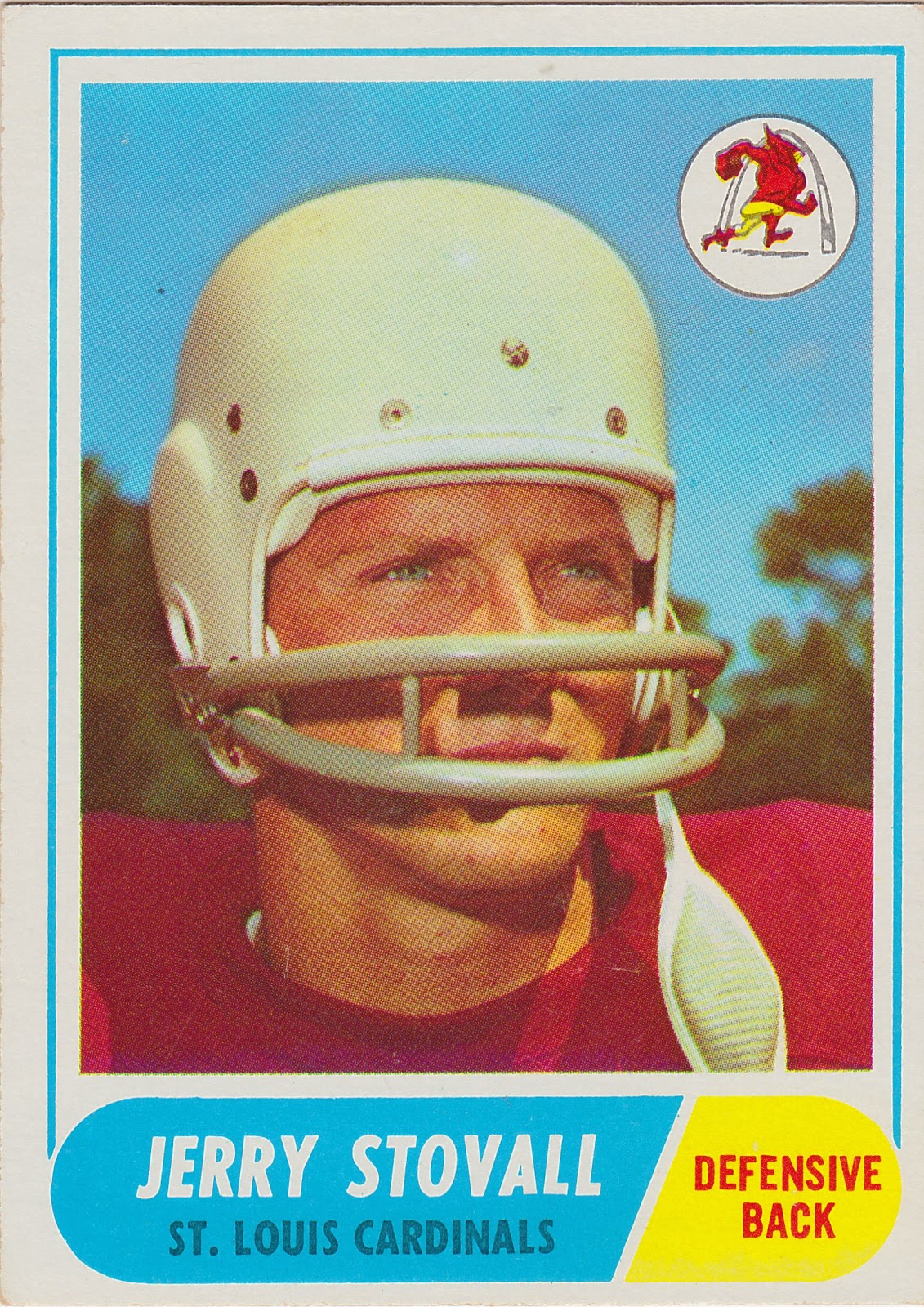 Now this bonus gem, a 1973 Johnny Unitas card came my way for a dollar. I already had a nice copy in my Unitas collection but  I bought it because 1) how can you pass up a career era Johnny U card at that price, even one as mis-cut as this is and 2) there is a blogger I read regularly who collects mis-cut cards. I just can't remember who it is. Joe? Jeff? Fuji? Anyone? Speak up and I'll ship it your way. 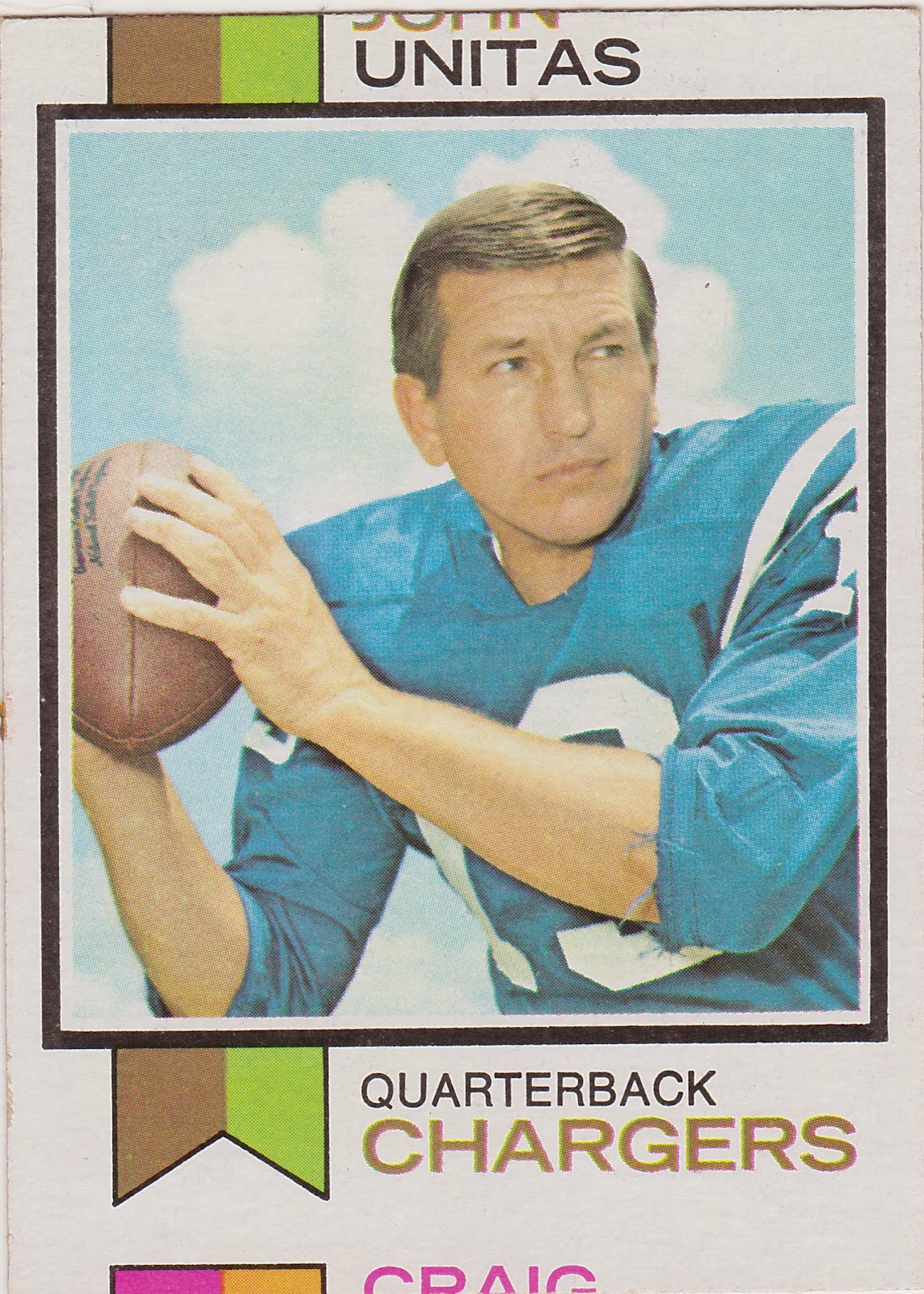 Posted by Commishbob at 9:17 AM