I recently received a nice fat envelope from the blogosphere's resident philanthropist and general bon vivant, Mark Hoyle. Mark had filled it with vintage Baltimore Colts cards that filled a nice chunk of my want list. I thought I'd post some of the more interesting ones. 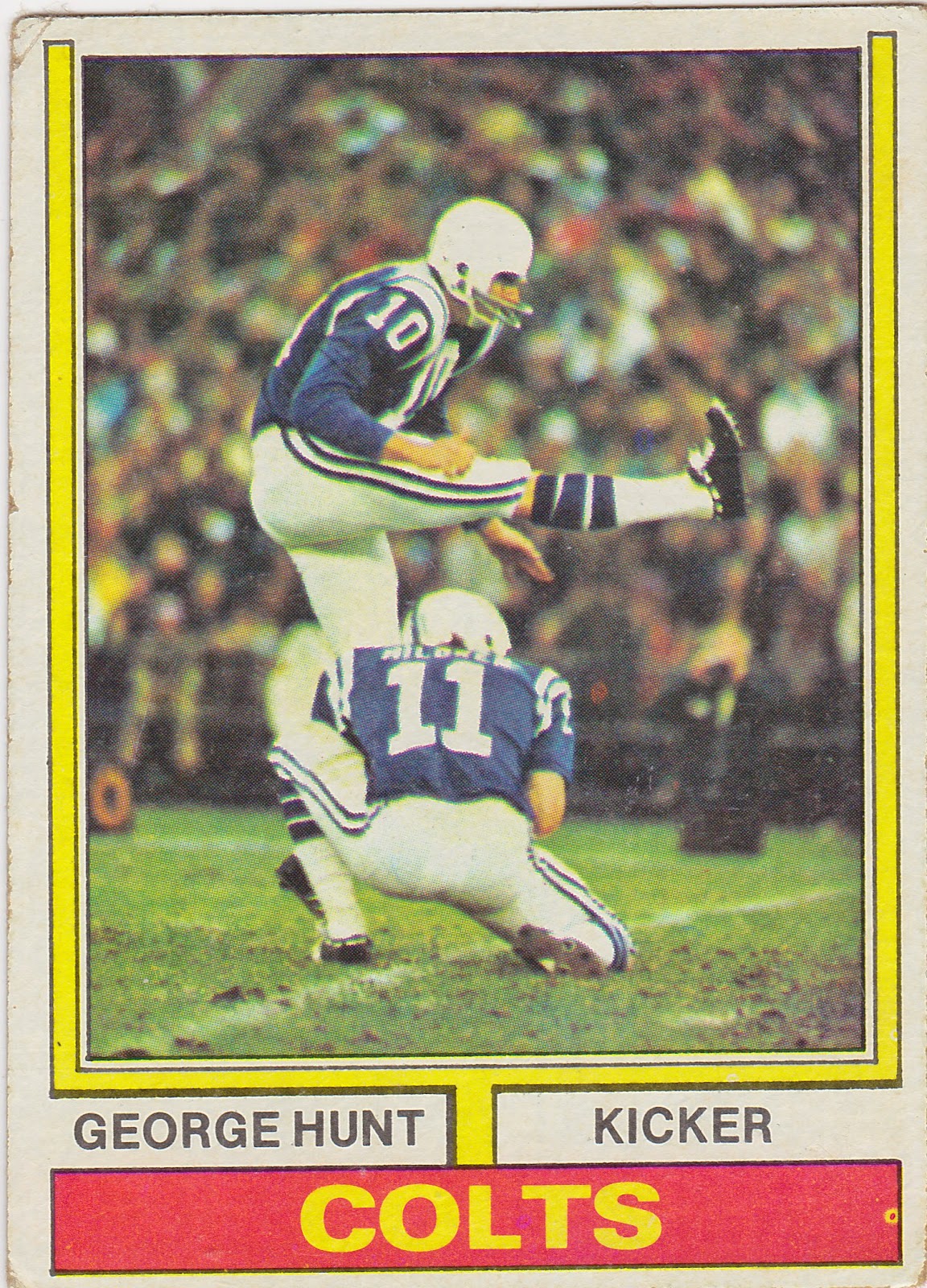 I couldn't figure out why I had no memory of this guy's tenure as the Colt placekicker. So I looked him up. Now I know. He was terrible. In 1973, his one season with the Colts he was 16 of 28 in field goal attempts. He missed every kick he attempted from 40 years or longer. Wow. I used to be a fair kicker. I bet I could have made one of eight from the 40 or beyond. I've done it before. 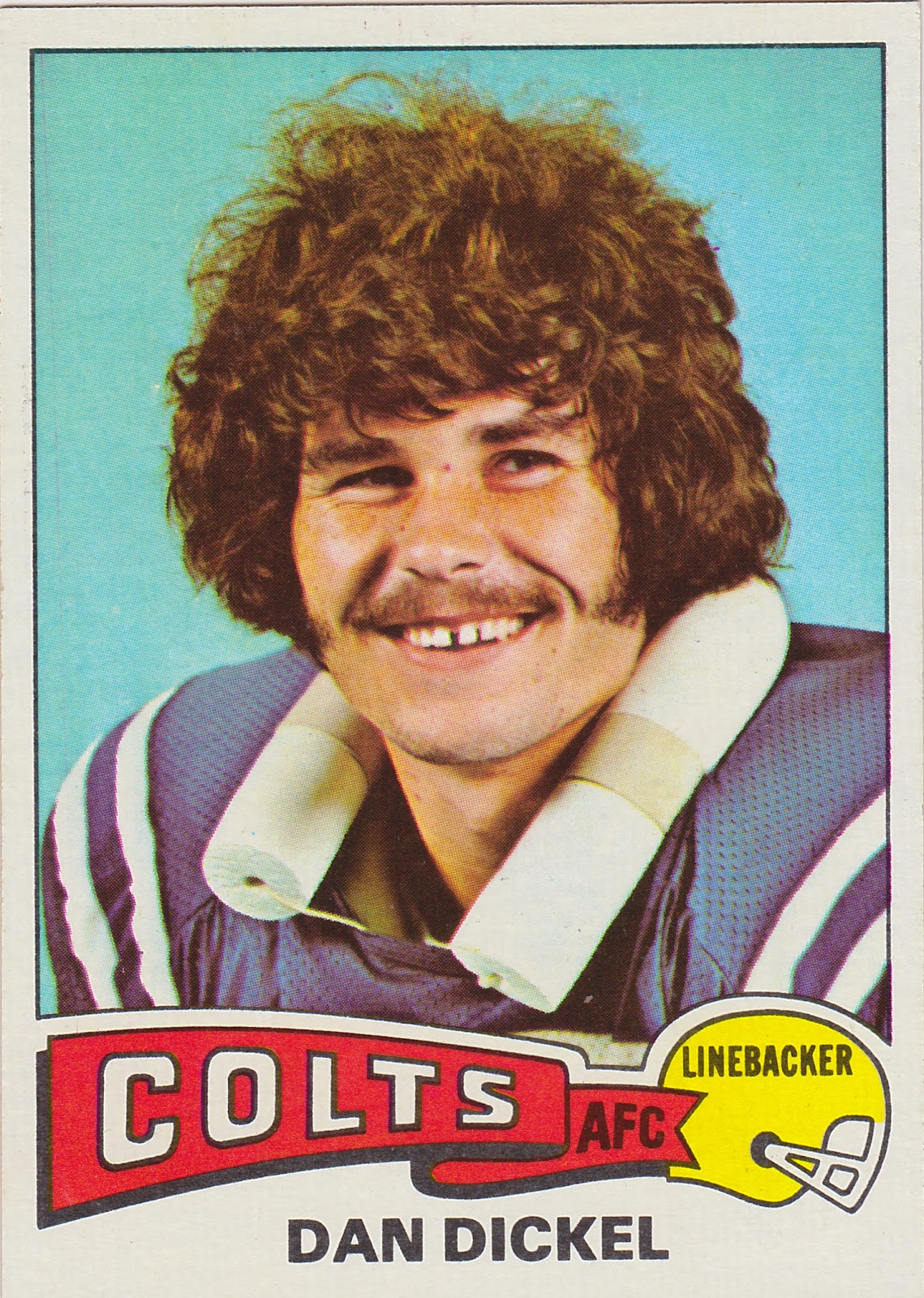 Speaking of me in high school. There I am. Take away the David Letterman-like tooth gap and make the 'stache droop a bit more and you have me. 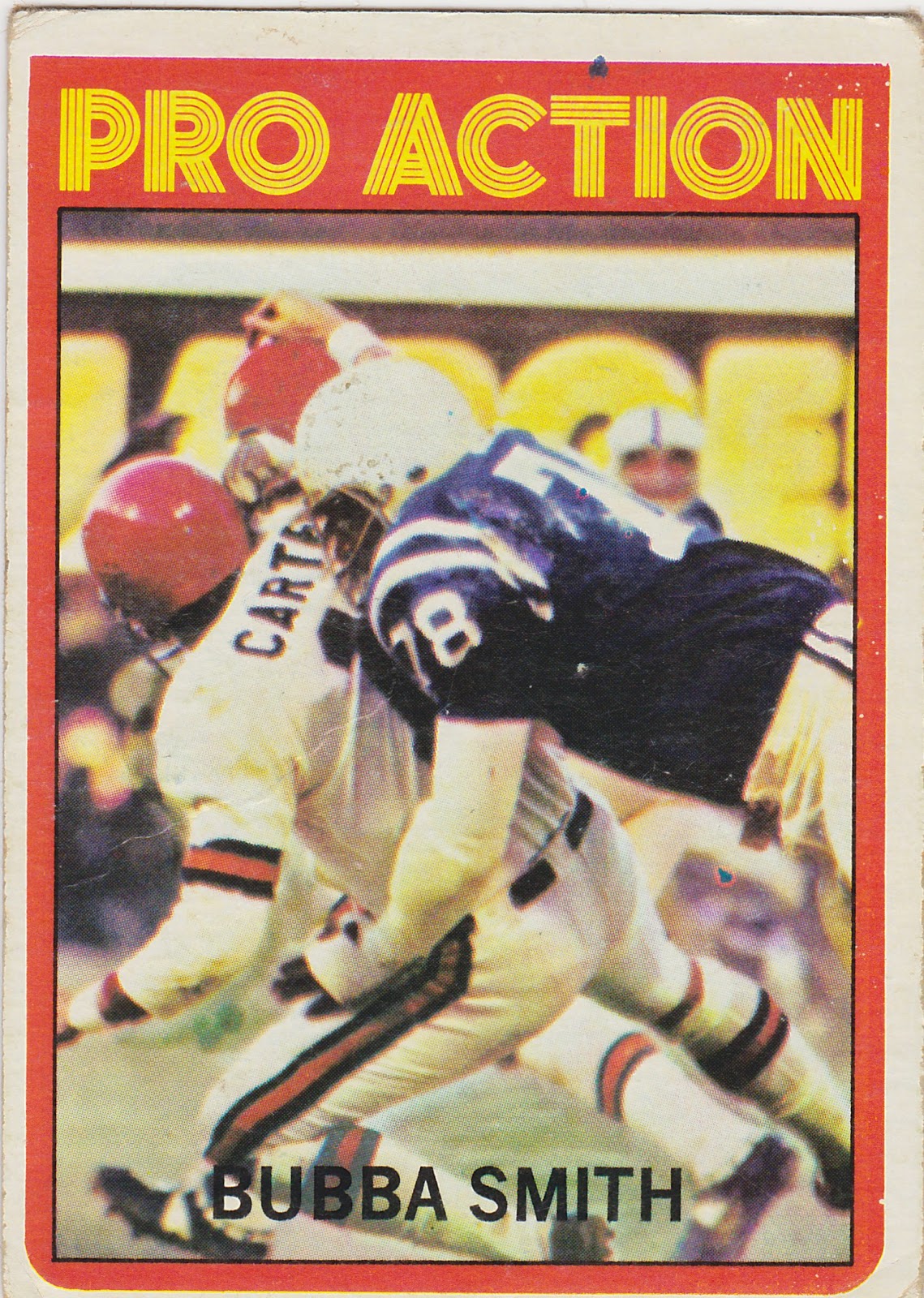 Pro Action cards were Topps' equivalent of the 'In Action' baseball cards. The no-logo helmets suck. 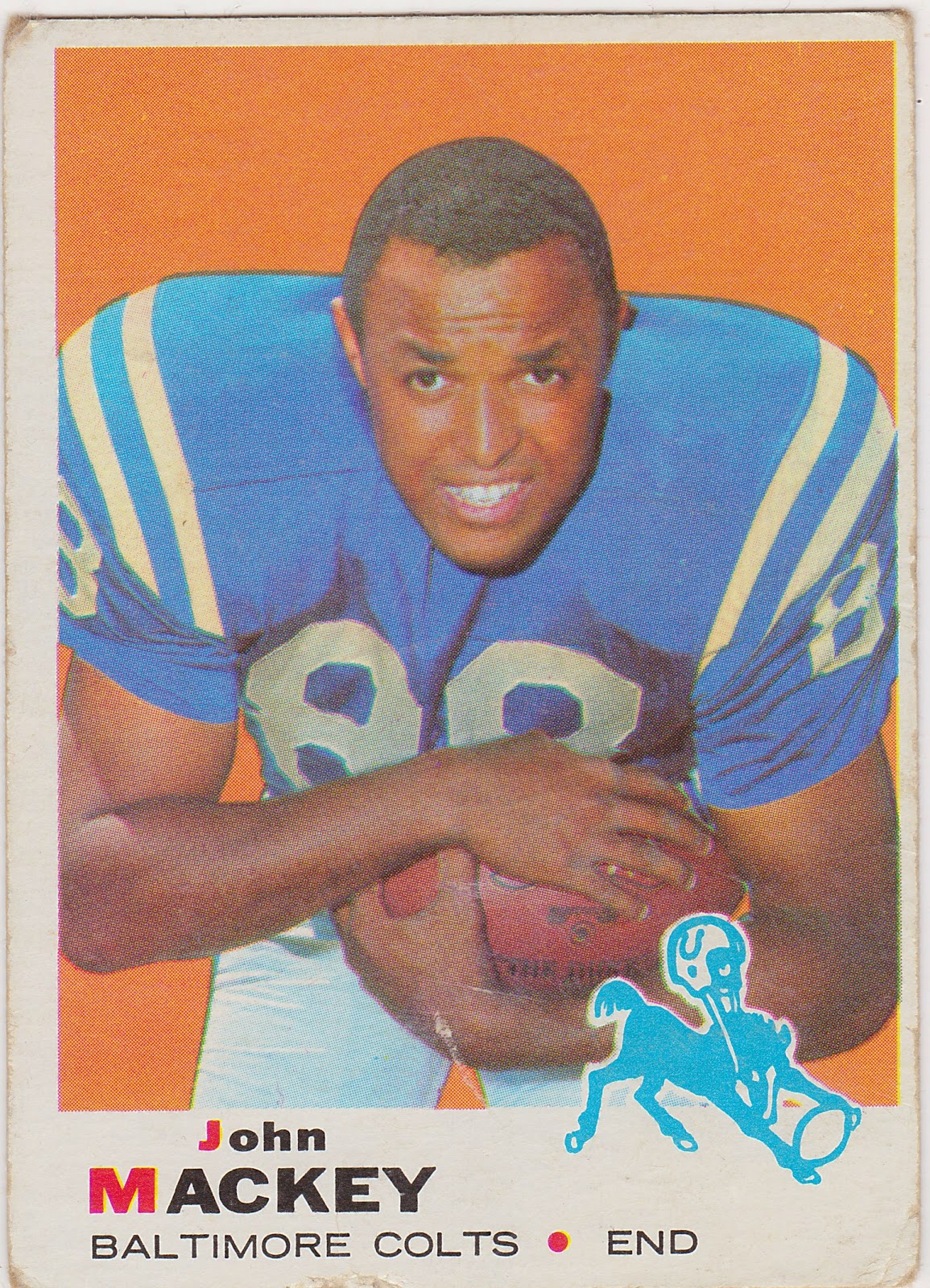 How many way can I love this card? Mackey is a huge favorite of mine. Always was. I had the chance to talk to him a bit when I made my one trip to the Colts' training camp in Westminster, Maryland about the same period of this card. Life was different then. Just a little rope fence around the field. Players standing around with the fans almost next to them watching drills. Sheesh. Good times.

Here's something I learned in tracking down these vintage Colts. 1969 Topps Football cards came in two series and the second series had borders around the photos. Series 1 had 'full bleed' color backgrounds. 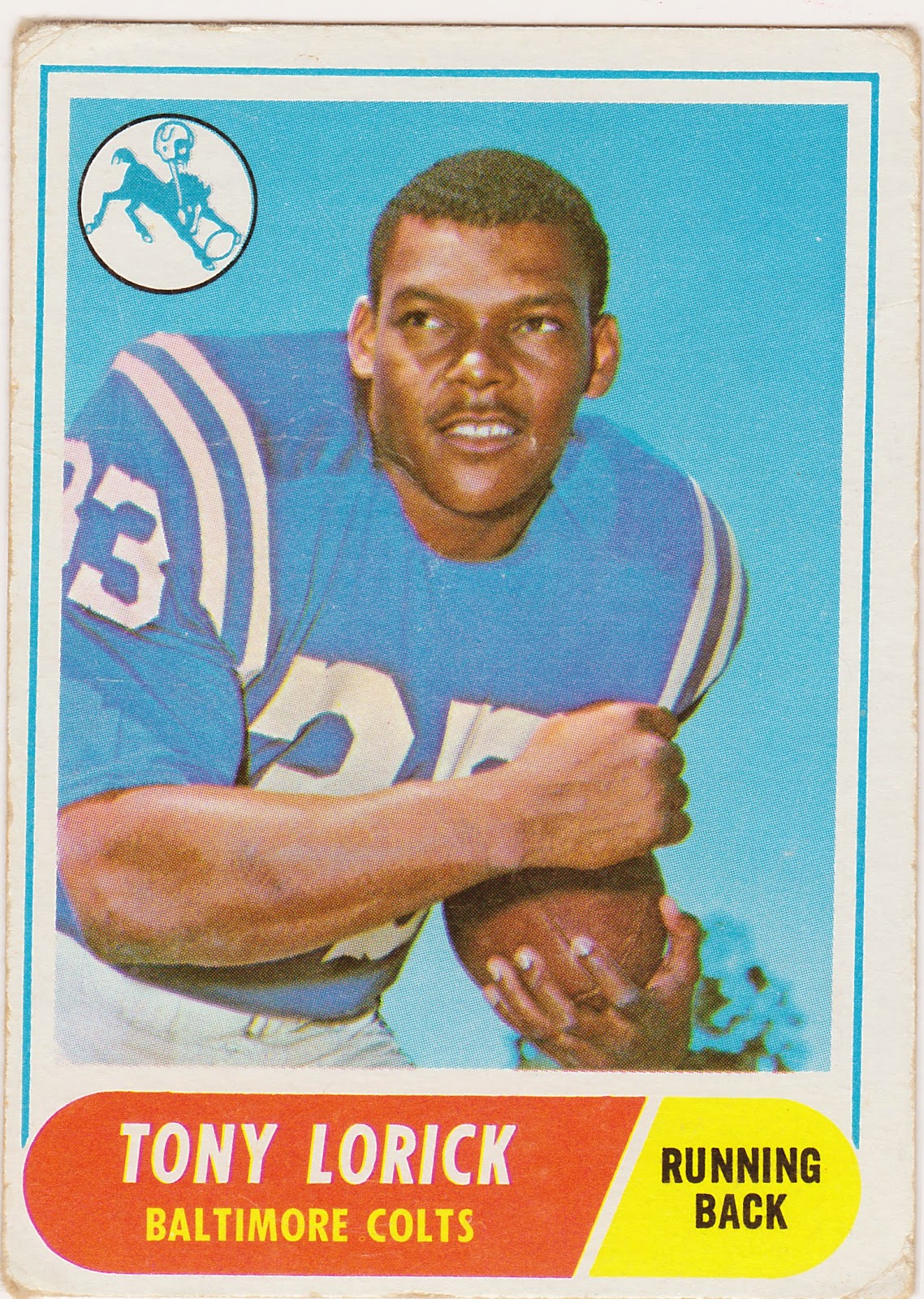 Look at the '68 Lorick and then back at the '69 Mackey. Topps took a step backwards in design with the '69 set I think. 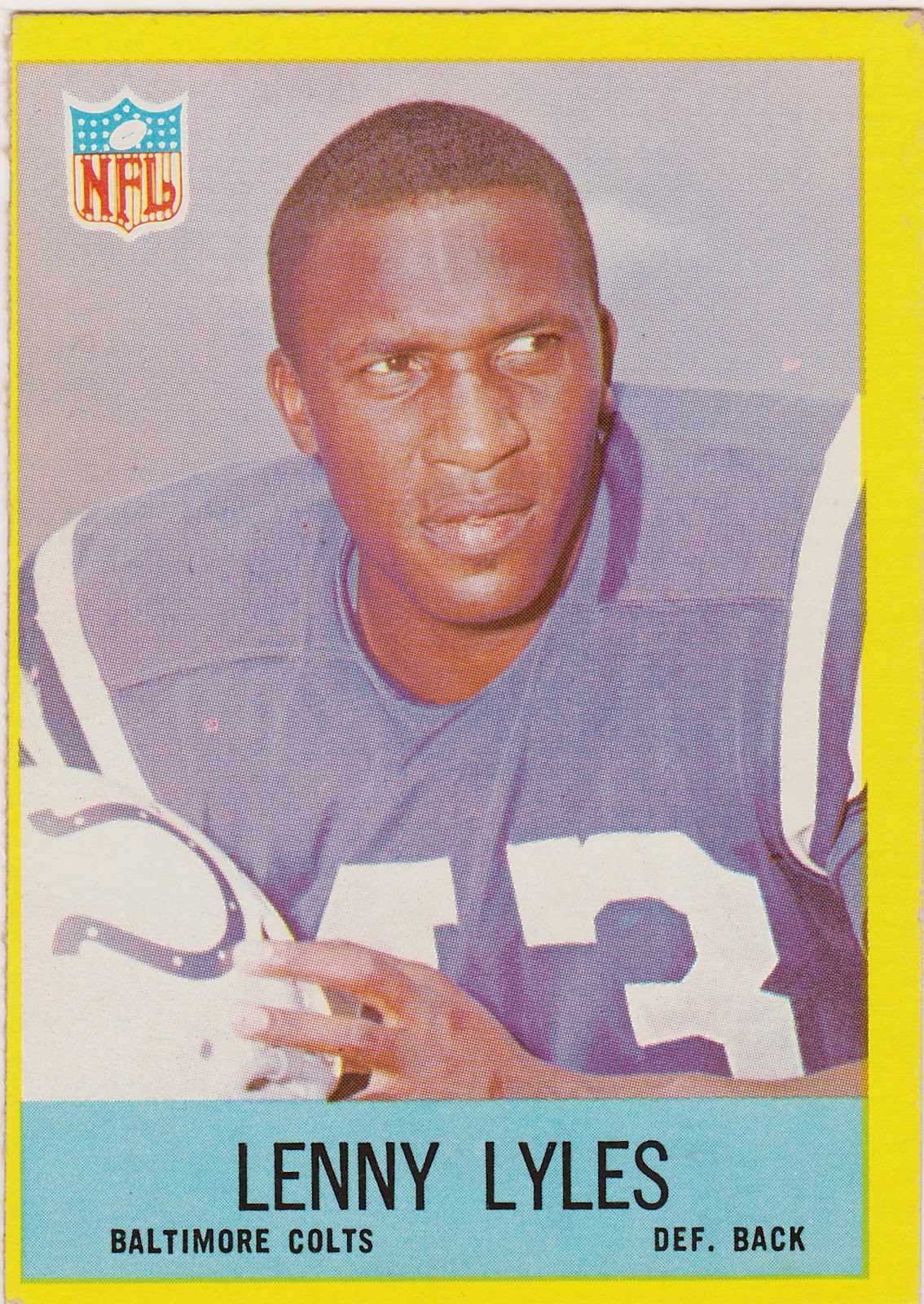 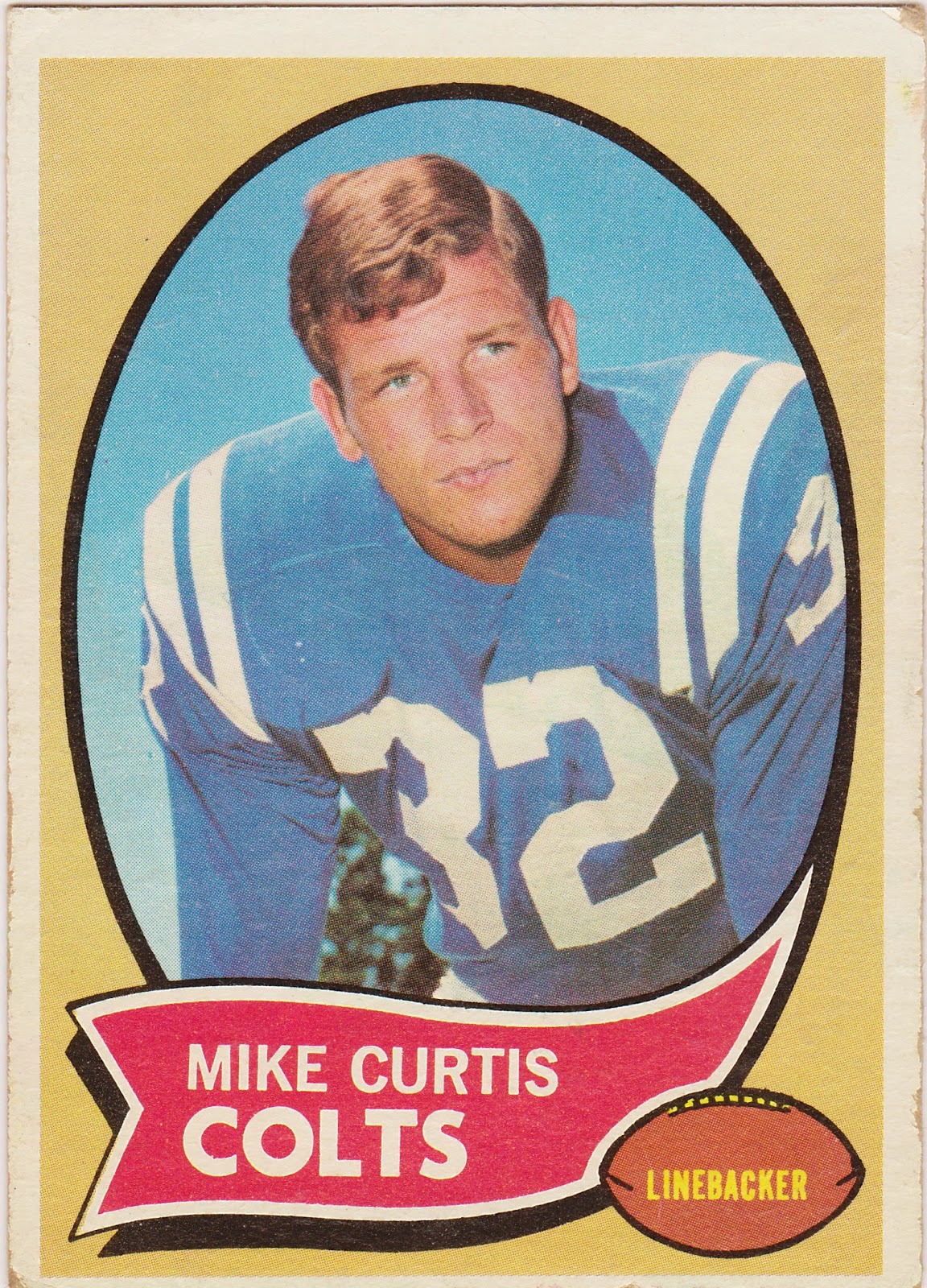 I like the '70 Topps Football design a lot. And Mike Curtis was a bad, bad dude.

Finally a couple of Marty Domres cards. The '76 Topps is on the left, the '75 on the right. 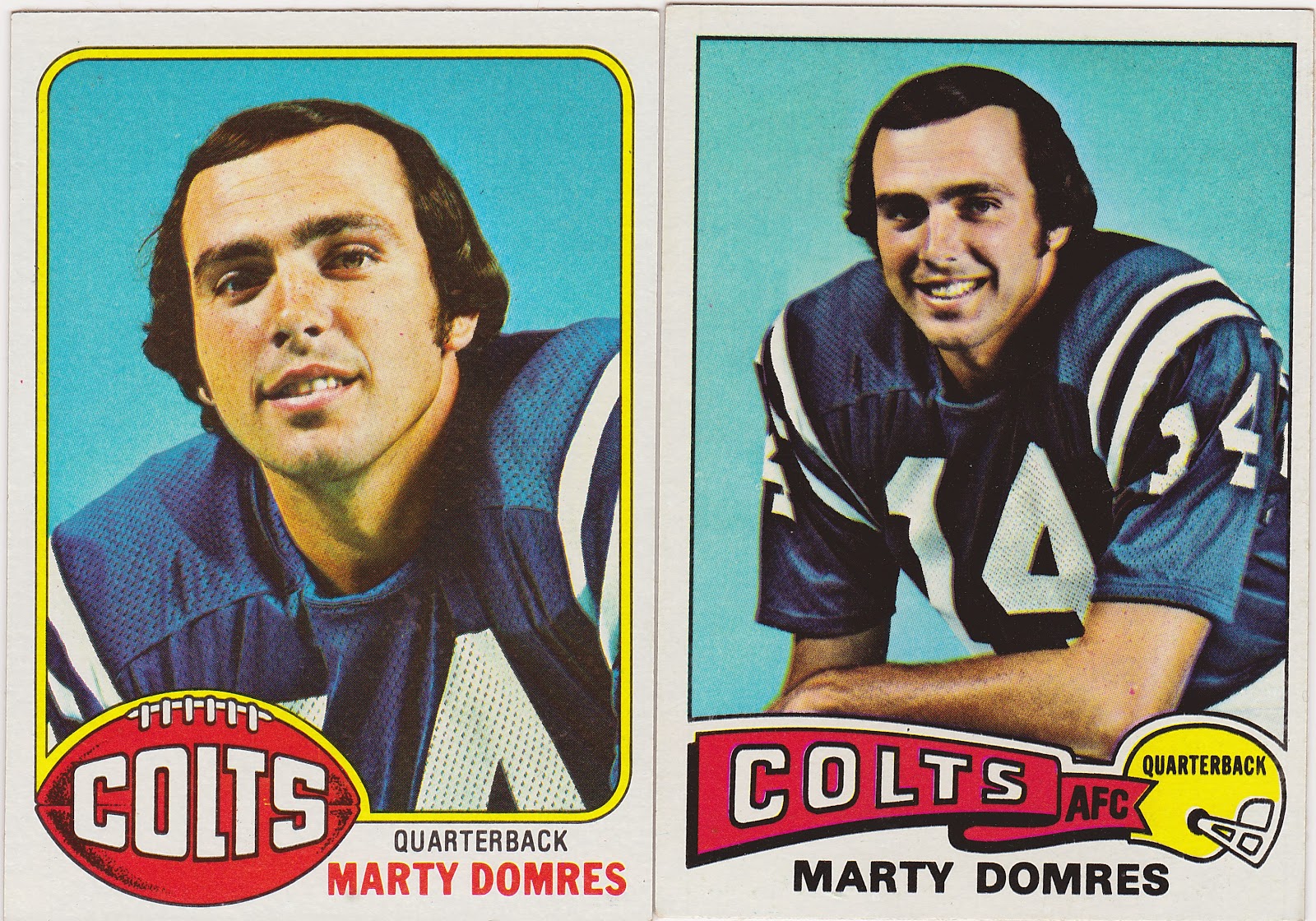 I'm having a hard time deciding if Domres reminds me more of a Formula One driver, a second rate British character actor or the keyboardist from the Dave Clark Five. Thoughts?

Anyway, thanks a bunch Mark. As always, you've made a nice contribution to my cause.