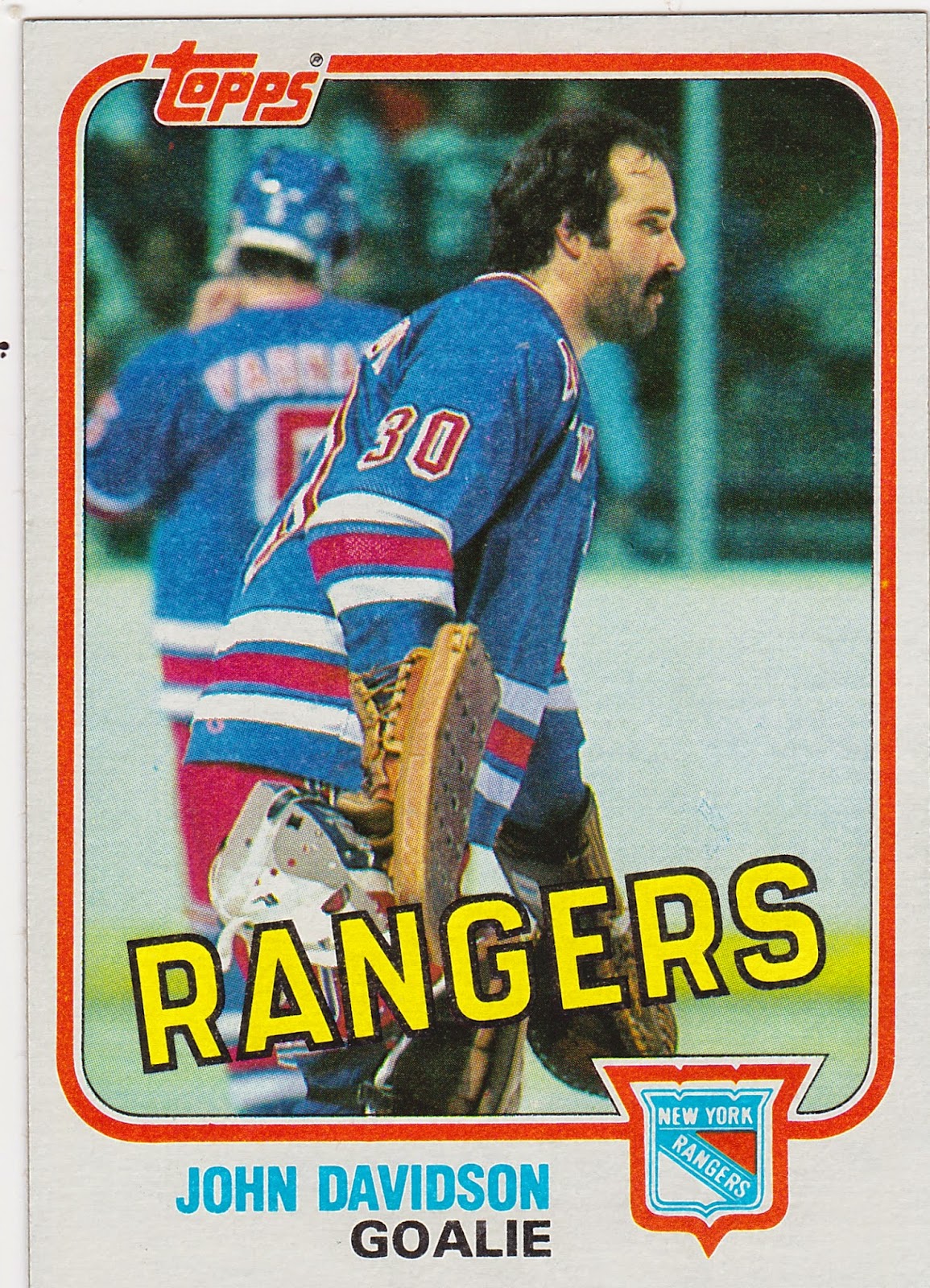 Tomorrow morning I'm taking my two sons away from their fiancees and heading up to Dallas to watch the Rangers play the Dallas Stars. Only one of my boys has ever seen an NHL game live and neither has ever seen the Rangers.

I took my wife to a Rangers-Stars game a couple of seasons back and the Blueshirts won in overtime. I'm hoping for a similar result this time. They've now won 8 straight, I hope I'm not jinxing them. If the Rangers win I won't even care if the video board makes fun of me and my vintage Rangers' sweater.

The cards I've posted here are part of a much larger stack sent by Joe Shlabotnik. I'll have a bunch more to say about that box soon but in brief it had an interesting trip and contained a boatload of fine vintage football, hockey and miscellaneous other things.

Joe helped me knock out at least two years of Topps Baltimore Colts and I was able to upgrade quite a few more. More on that soon enough but today I have scanned Rangers from four different Topps sets. 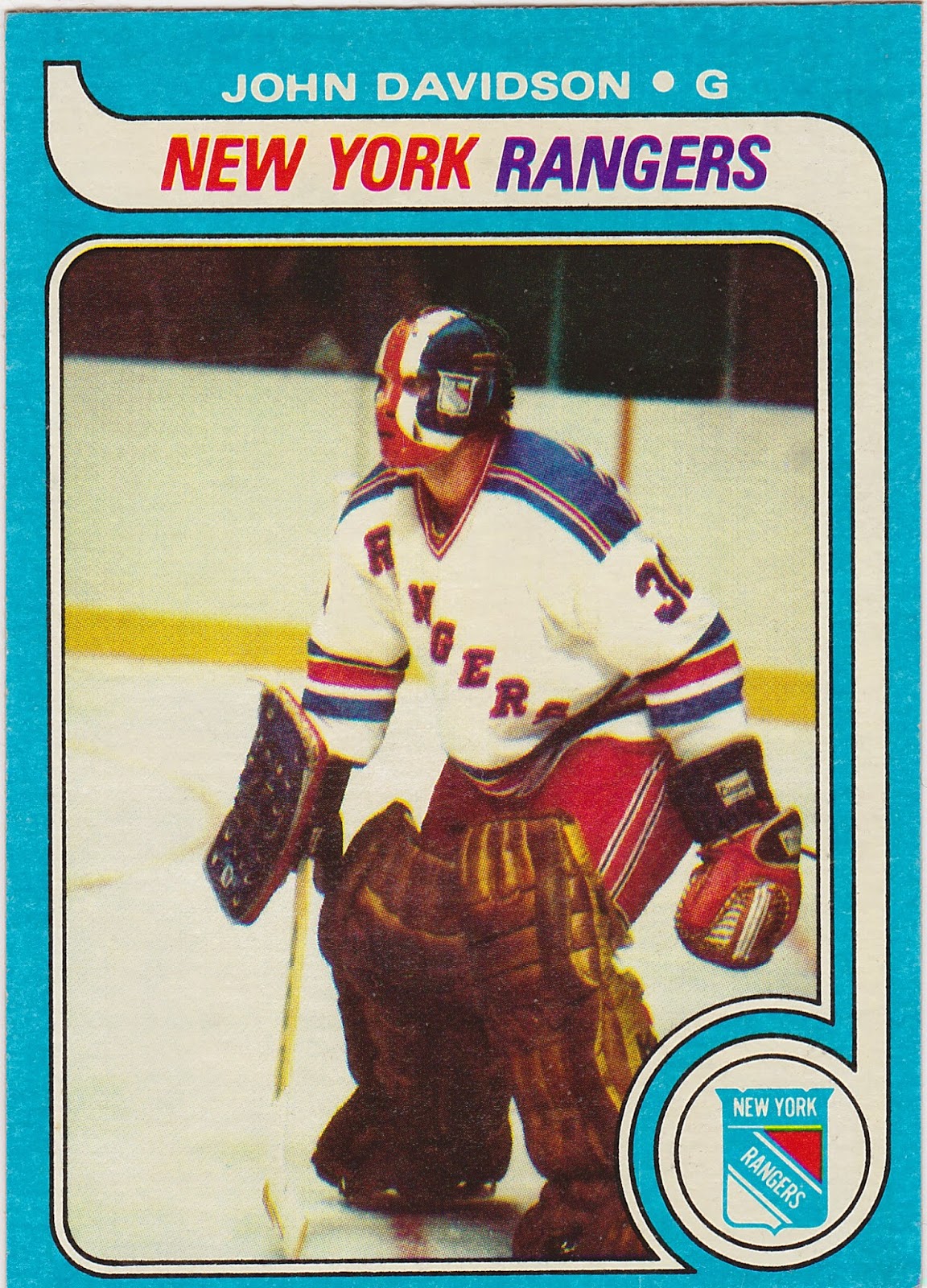 As happened with baseball for at least a decade after the '94 lockout/strike I was out of touch with hockey for quite awhile. But the reasons were quite different. Moving down to Houston for good in 1970 took me away from the NHL. Trying to follow the Rangers was difficult with the nearly non-existent coverage NHL hockey received locally. I kept my subscription to The Hockey News for a year or two but many of the Rangers of the 70's and 80's are just names in the media guides. I turned into a Houston Aeros fan and that kept the hockey flame alive for me.

I saw a few Rangers games on TV and I knew the goalies and the stars but the day-to-day stuff was all lost to me. And my hockey collection pretty much reflects this. These four cards are among the first I have from any of these sets. 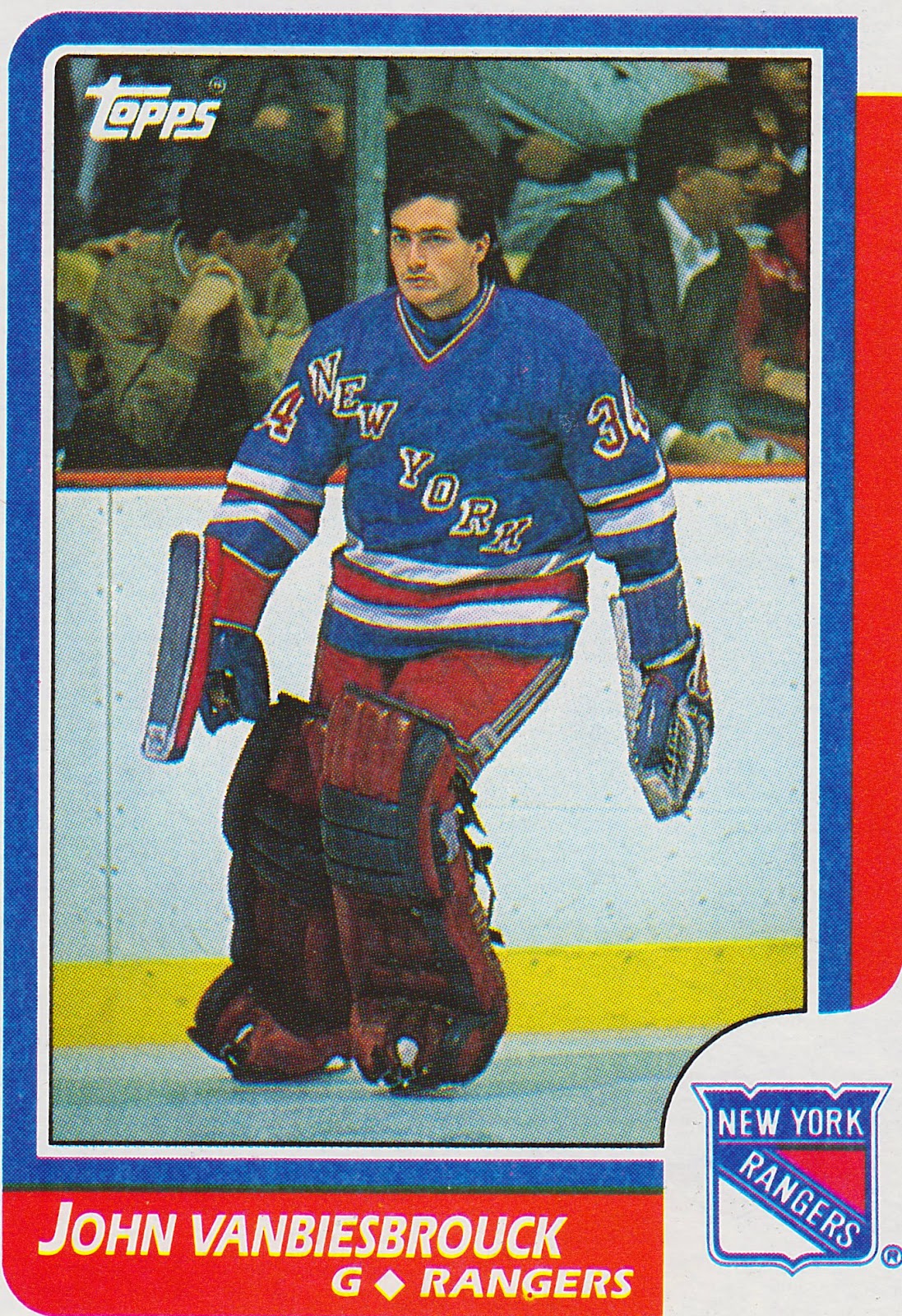 Each of these sets has the elements I like in card design. The colors ore those of the team and the team logo is shown. And how about the mask John Davidson is wearing in that second card of his? That sure takes you back. 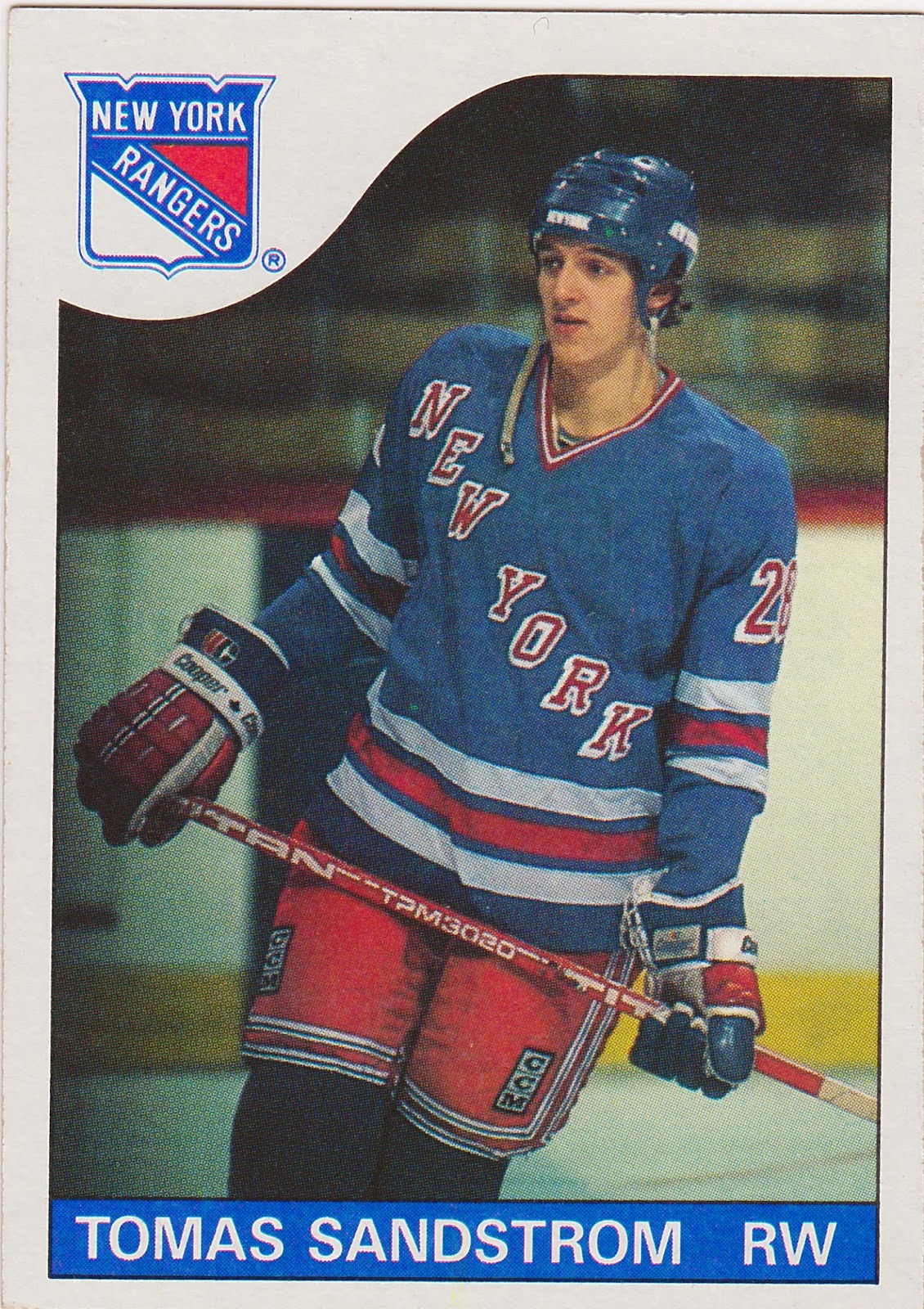 Thanks again, Joe S. I'm certainly glad the box made it (though it was looking bleak for awhile) and I appreciate your thoughtfulness and help in knocking out some Colts cards.
Posted by Commishbob at 12:00 AM