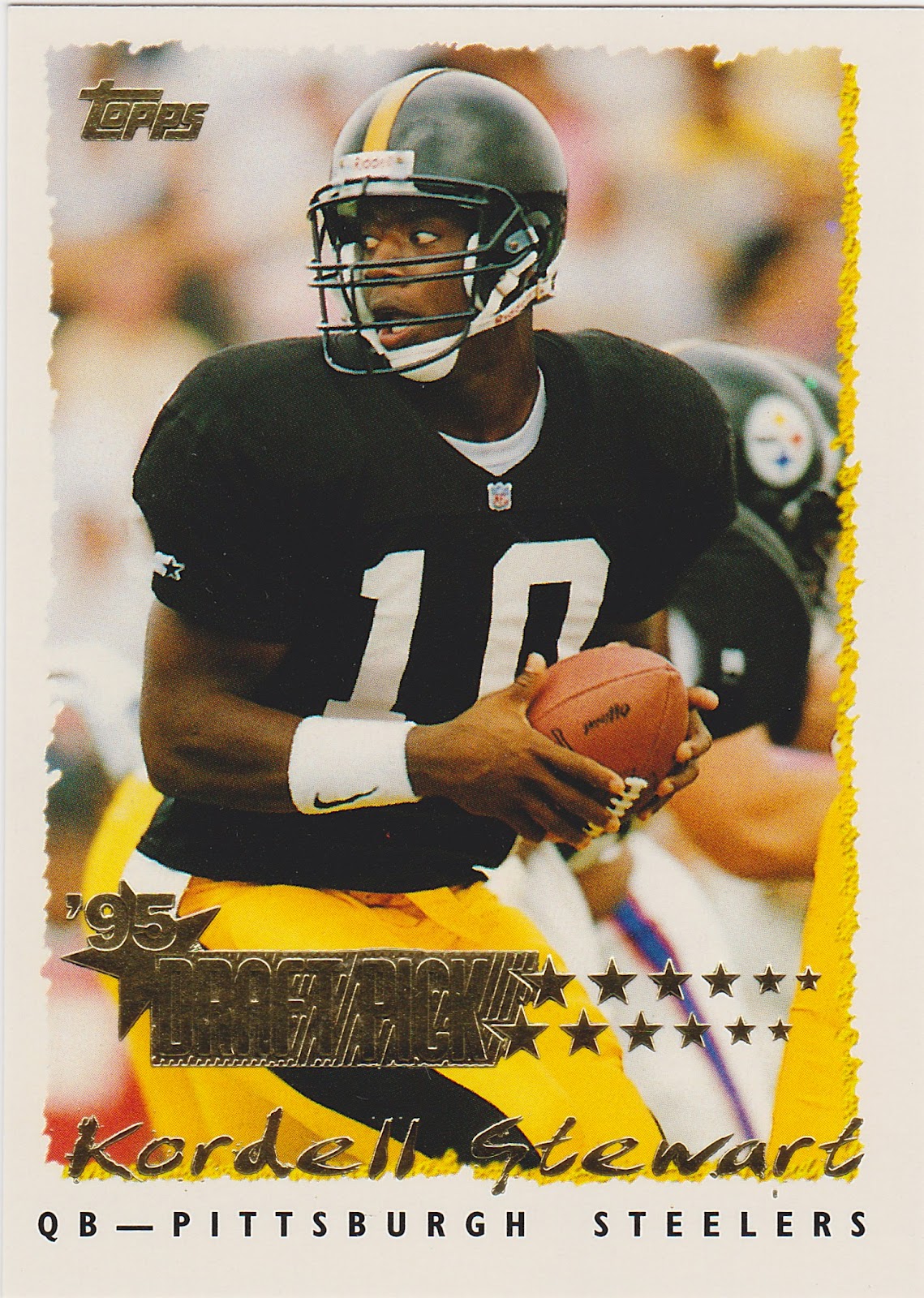 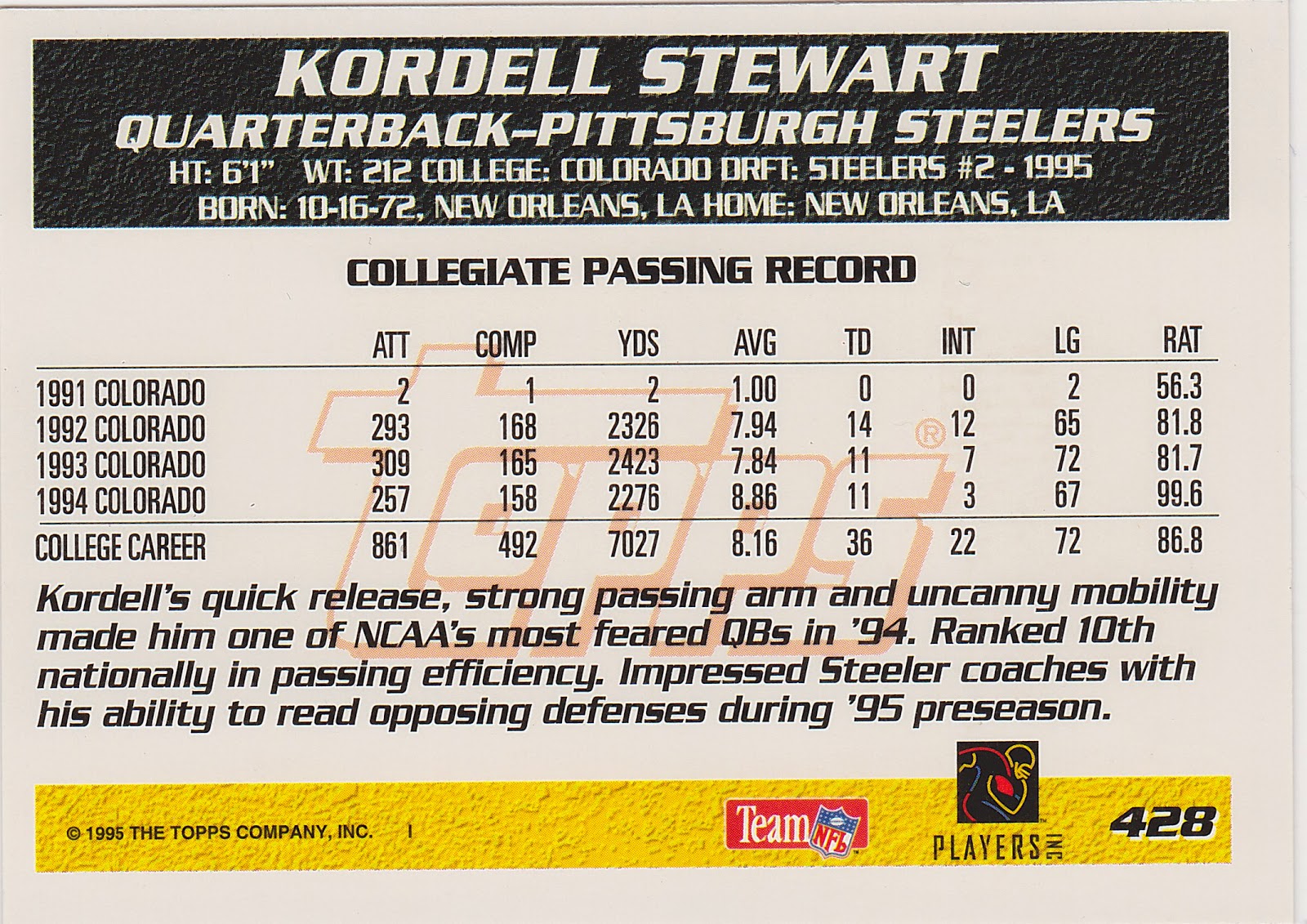 NFL Info: He was known as 'Slash' because of his many roles on the field as a young NFL player. Myron Cope, longtime Steelers broadcaster gave him the nickname. Stewart could be found at qb, receiver, return guy and even as primary runner from his qb  position. As his career evolved he became a more standard qb with the ability to run. He wasn't used as a receiver after his second NFL season.

Stewart carved out an 11 year career, winning and losing a starters job many times over in Pittsburgh, Chicago and briefly in Baltimore. He currently work in radio in Atlanta.

Fantasy Impact: I had Stewart his rookie year briefly and again for a week or two when he took the Bears starting job in 2003. I didn't use him then either.

The Card: Crappy. I don't like the way Topps used the fake 'torn' border on the pics, or the funky font, (in gold no less which makes everything hard to read) or the added stars and Draft Pick logo. All in all the front is a mess. And the back is boring. Other than that, this is a perfect football card.