So lets have some Hostess cards from the closet box of oddball 'stuff'.

Here is a 1975 Brooks Robinson. Obvious spring training photo session with the shadows of Brooks, the photographer and the support crew visible. 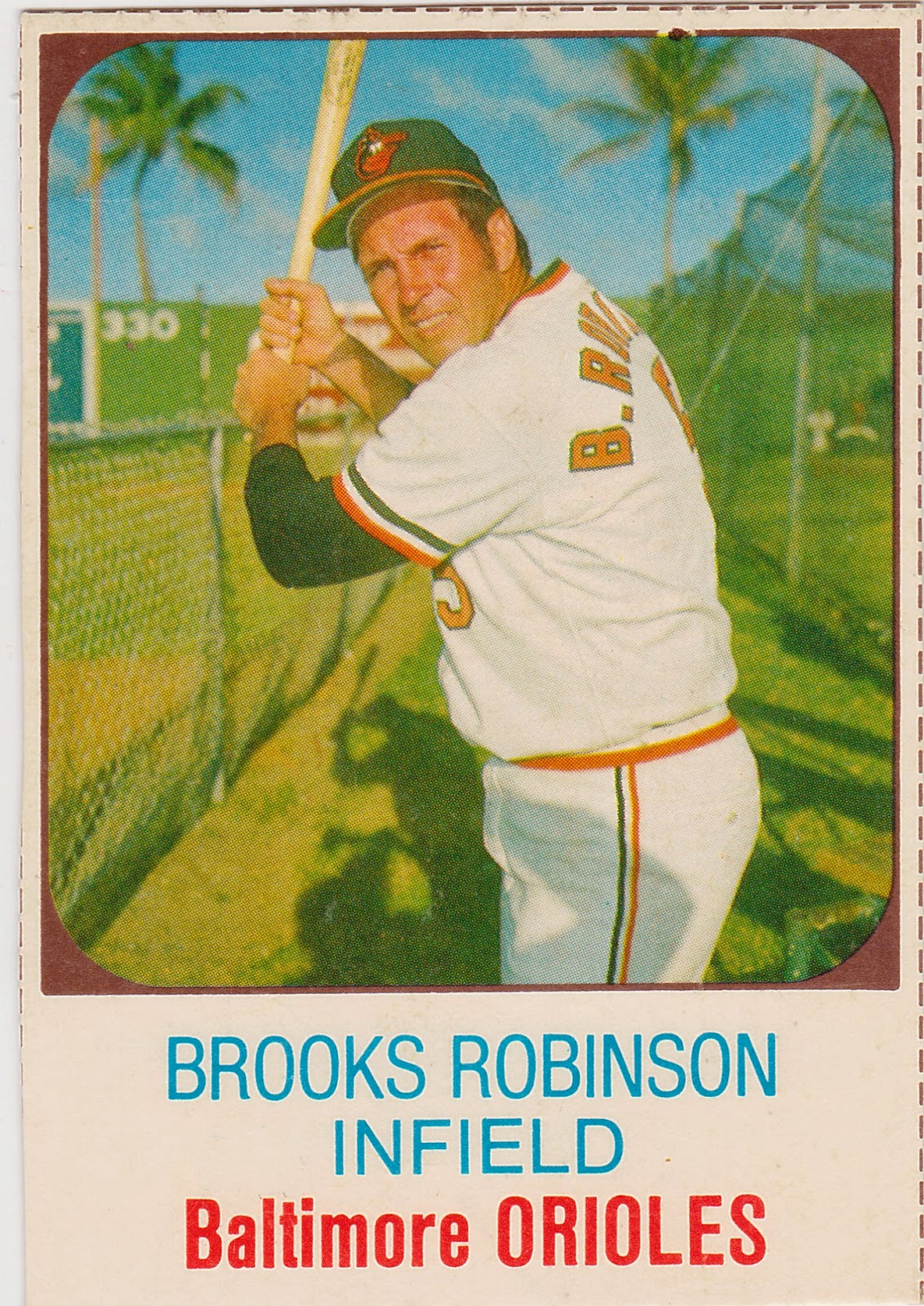 Jim Palmer's card from that 1975 set was shot in Yankee Stadium. 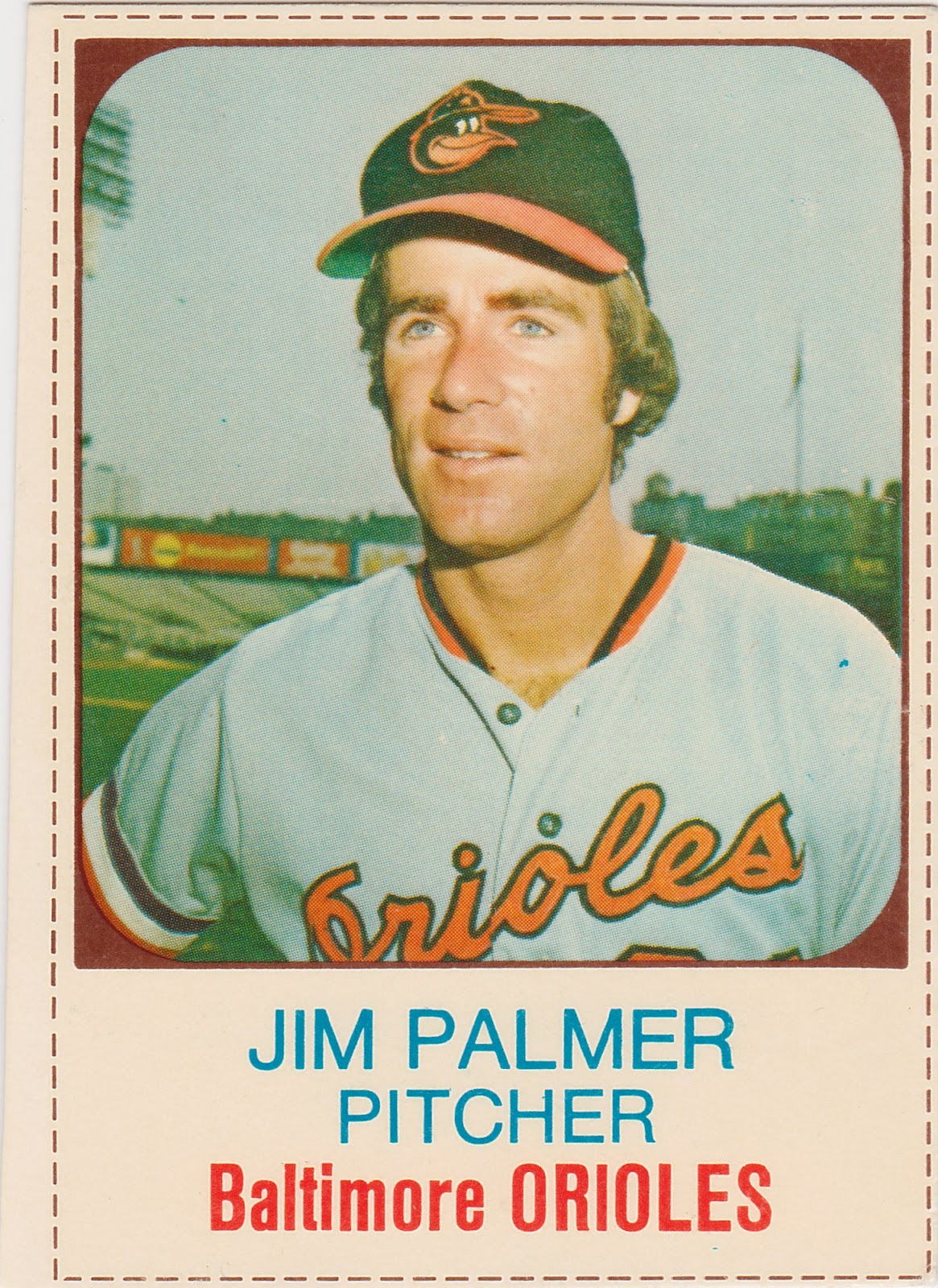 A trio of 1976 Hostess cards. Mike Torrez pitched for 18 seasons and won 20 games once... as a member of the '75 Orioles, his only year in Charm City. By the time this card was cut from a box of Ding Dongs he was pitching in Oakland courtesy of the Reggie Jackson trade. 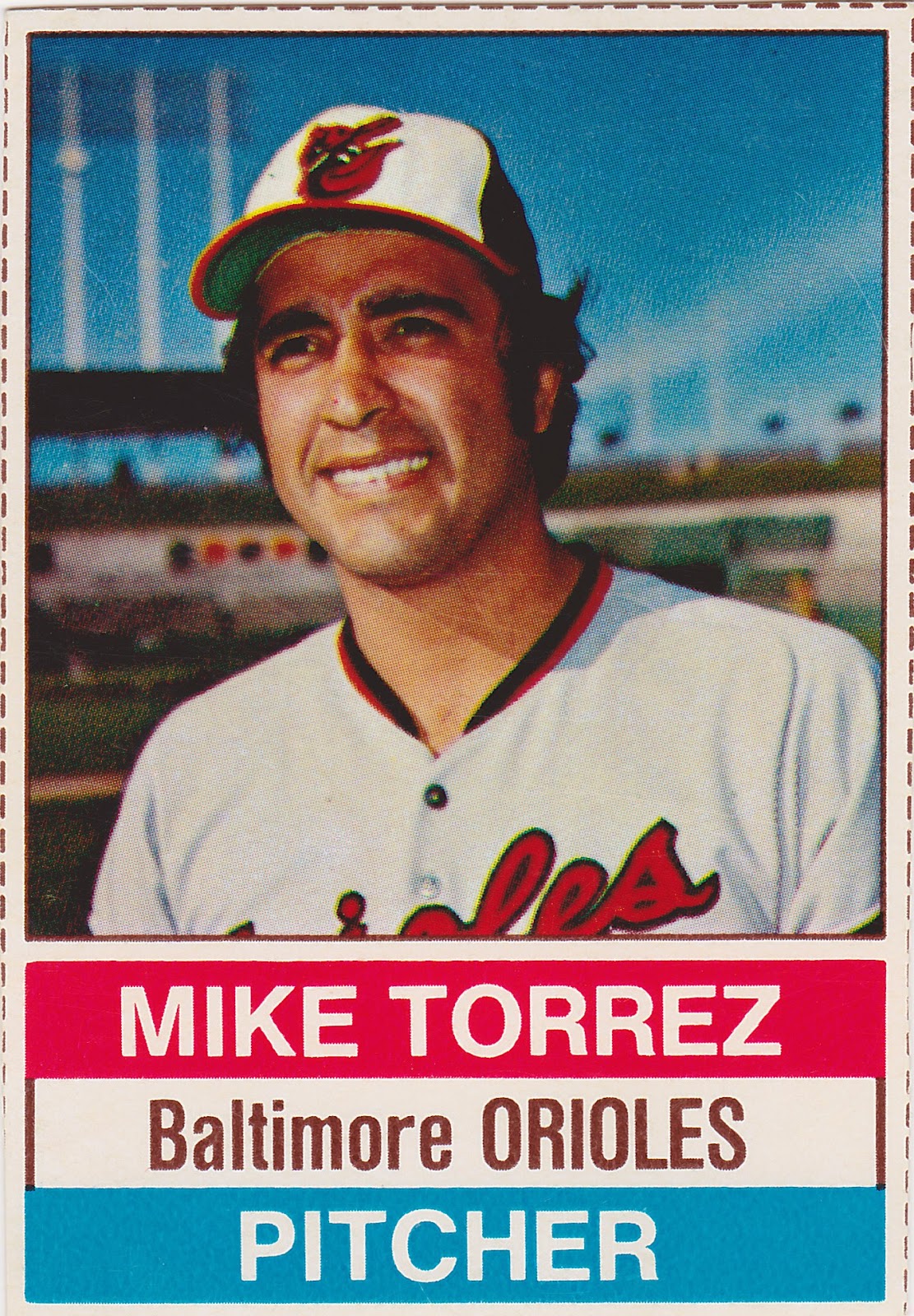 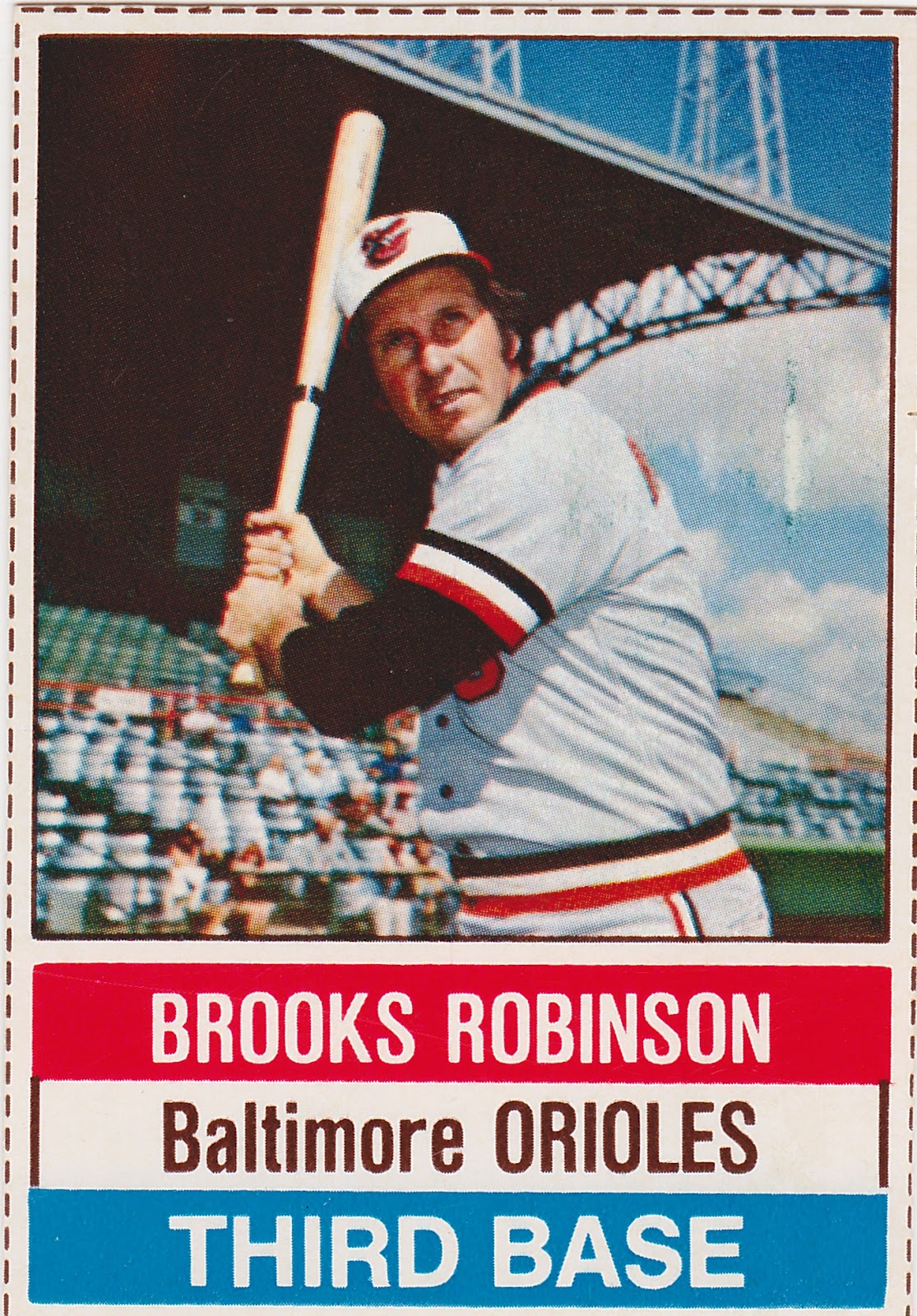 Don Baylor was on the same April flight to Oakland as Mike Torrez since they both were part of the Reggie trade. It's surprising to me to look back at Baylor's numbers as an Oriole and see that he hit only 57 homers for them. He had 25 in 1975. 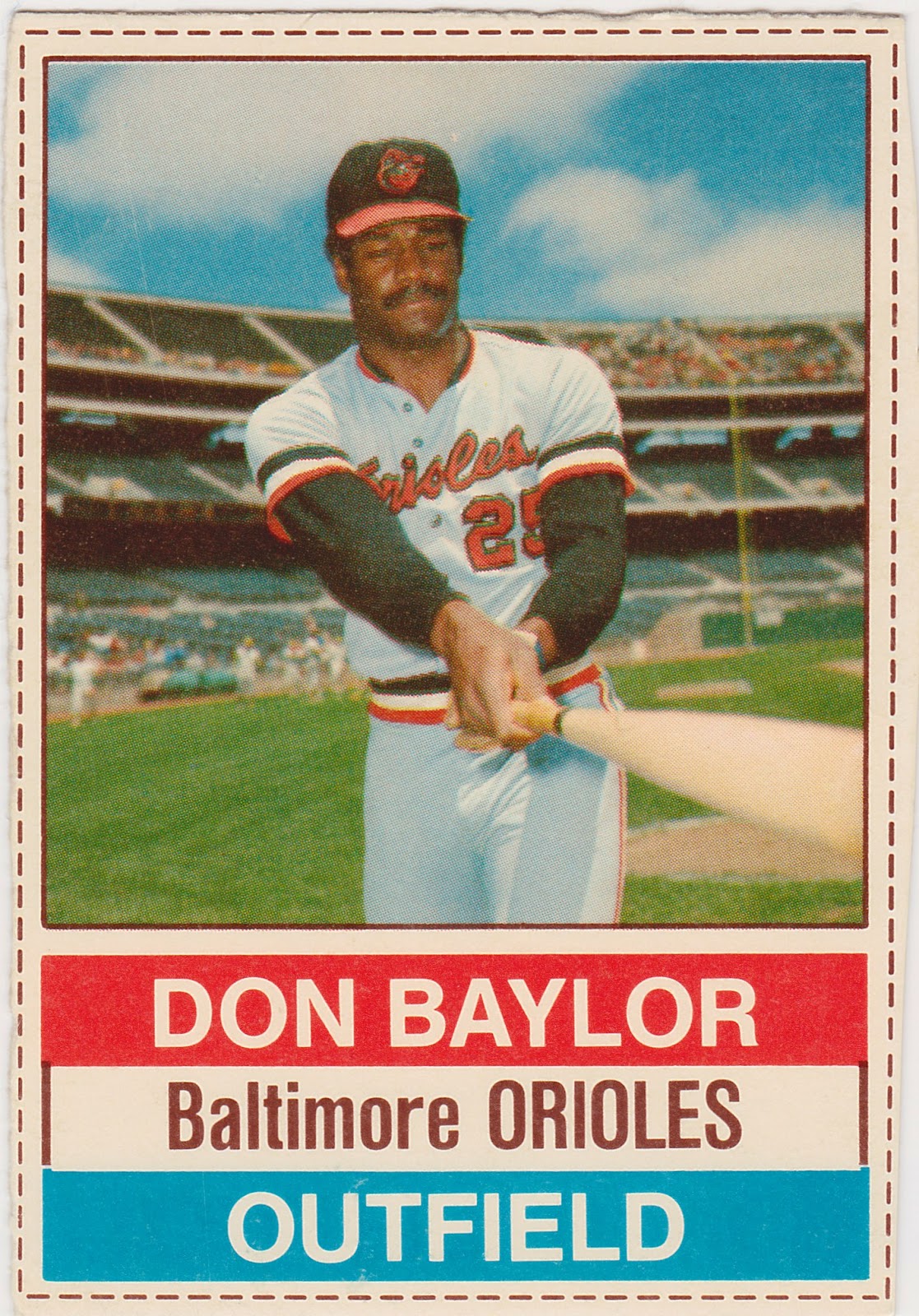 Finally this is the 1978 Jim Palmer. '78 was Palmers last 20 win season. He was coming off a second place in the Cy Young balloting after having won the award three of the previous four seasons. He was headed for the back side of his terrific career but wasn't done quite yet. In 1982 he pitched well enough to finish 2nd in the Cy Young voting. 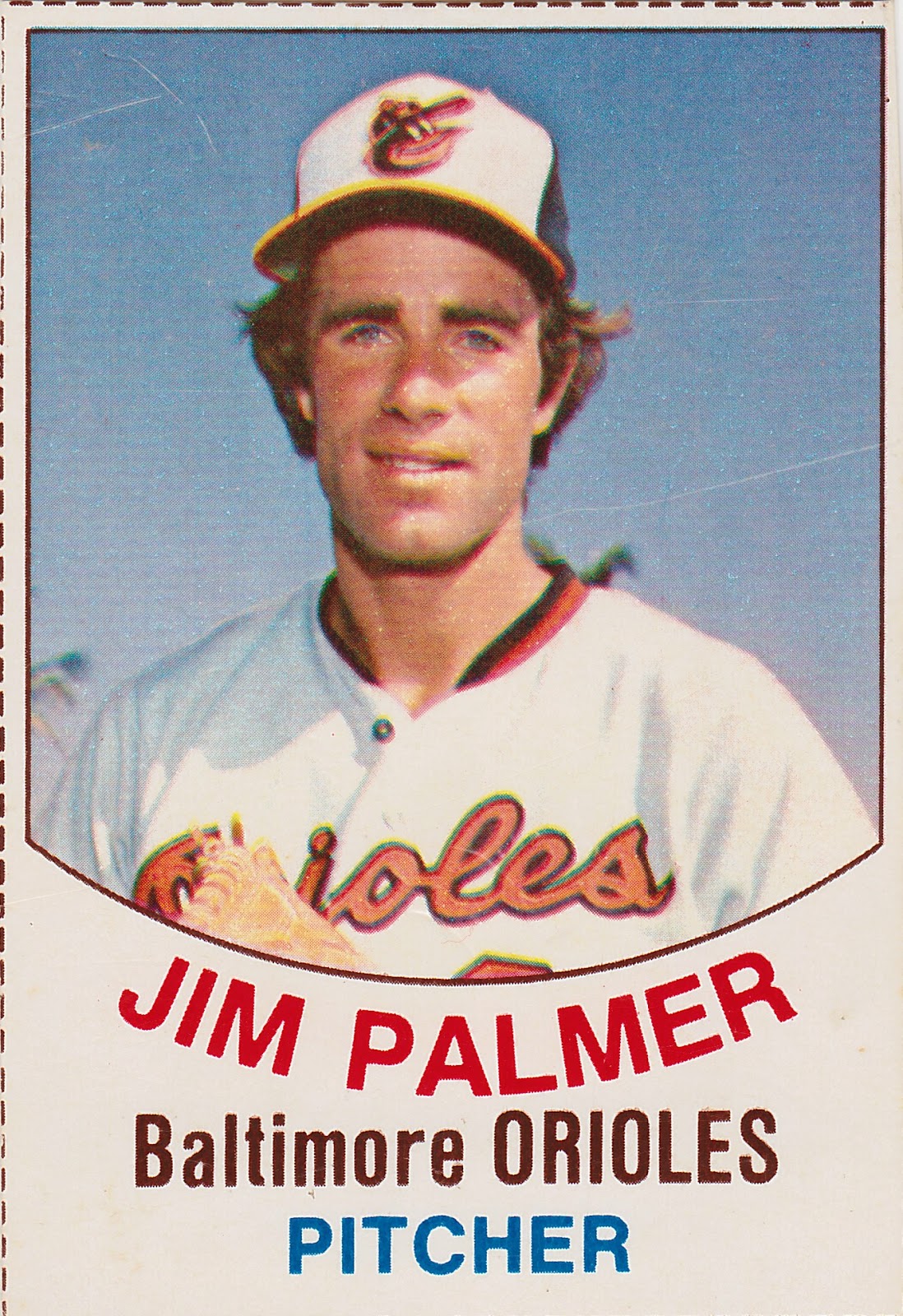 Posted by Commishbob at 9:09 AM