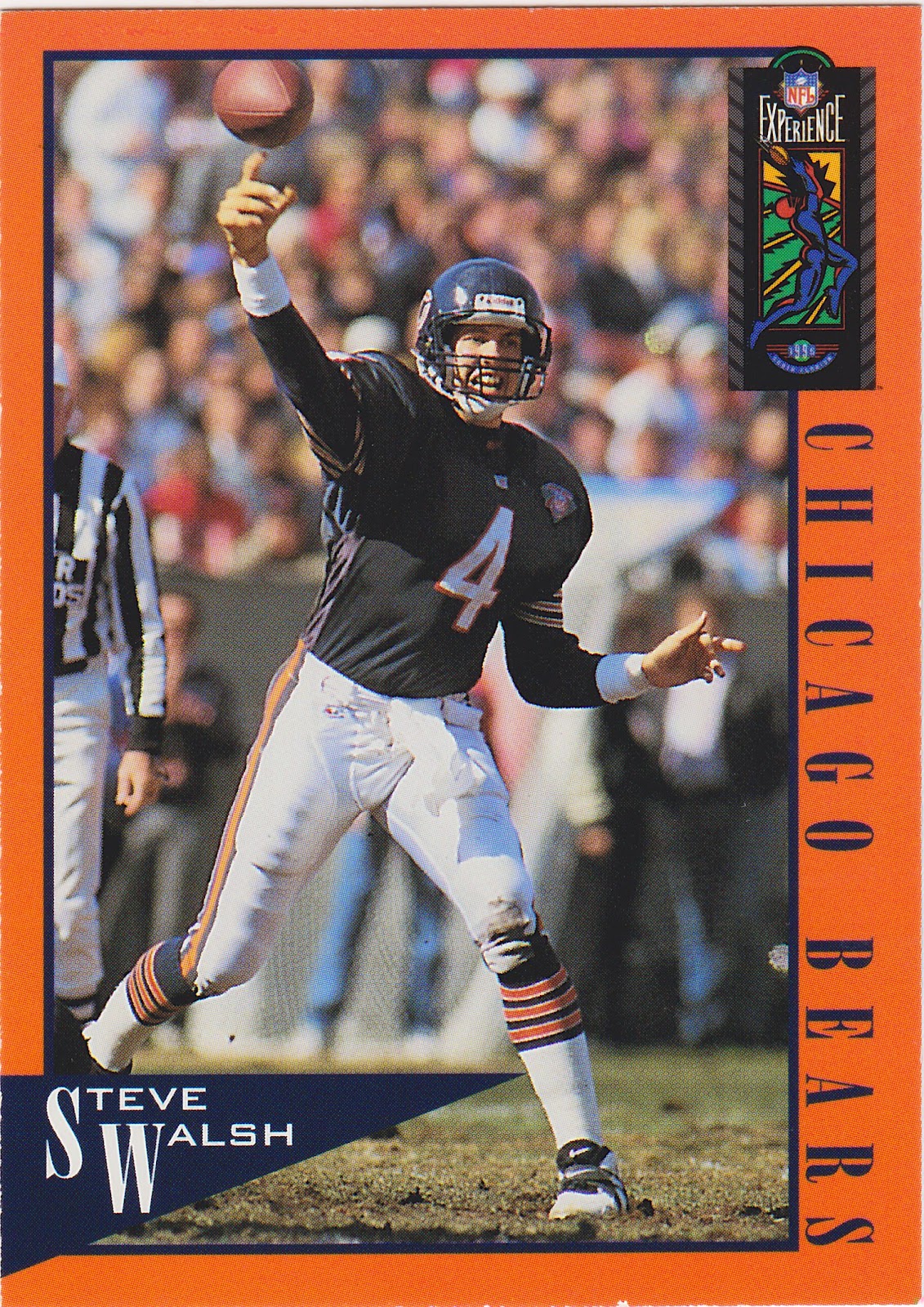 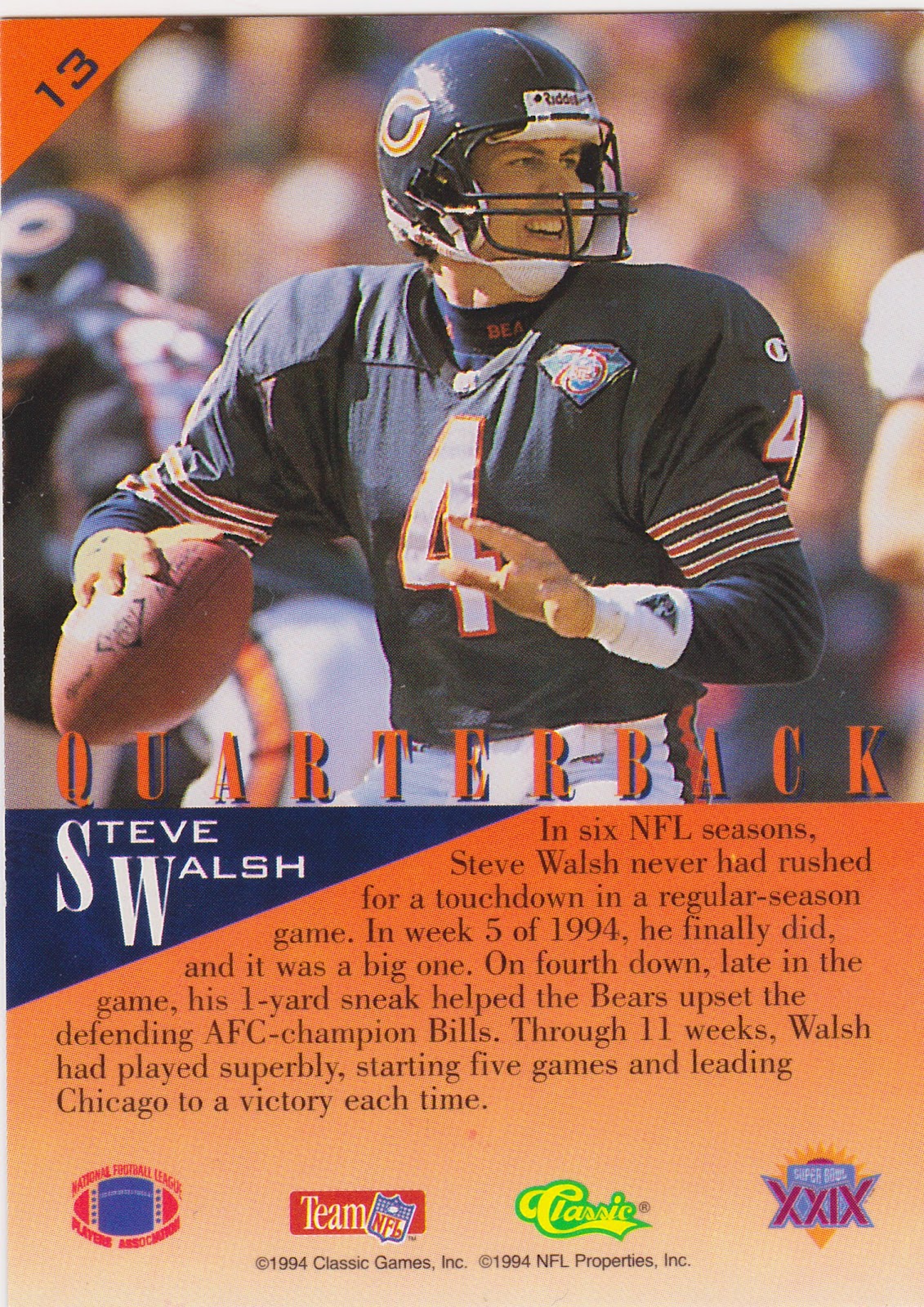 NFL Info:  Jimmy Johnson coached Steve Walsh at the University of Miami for a couple of seasons and then drafted him for the Cowboys in 1989. That was the same year the Cowboys drafted Troy Aikman so you know how that worked out for Walsh. He was traded to the Saints a few weeks into the 1990 season and started 11 games for them that year and seven the next. He was dealt to the Bears in 1994 and was their primary starter that season. He bounced around the NFL for another five years and then retired to coach high school ball in Florida. His record as a starter was 20-18. Walsh is the uncle of New York Ranger defenseman and captain Ryan McDonagh.

The Card: The copyright line on the back of the card says 1994 but this card is considered part of the 100 card 1995 Classic set. The bio reads as if the card was issued late in the 1994 season...("Through 11 weeks....") so it appears to be a set that came out at the tail end of the '94 season. A bit of research might uncover the truth but I'm not interested enough to dig into it.

The card itself isn't awful but neither is it attractive. I like that the color scheme echos the Bears colors and the fact that there are two different pictures used front and back. The back is among the least informative cards I've come across. No stats at all and nothing in the way of info at all other than the one paragraph blurb. If the card was, as it seems to be, issued late in the season I guess I can understand the lack of a stat line or lines.