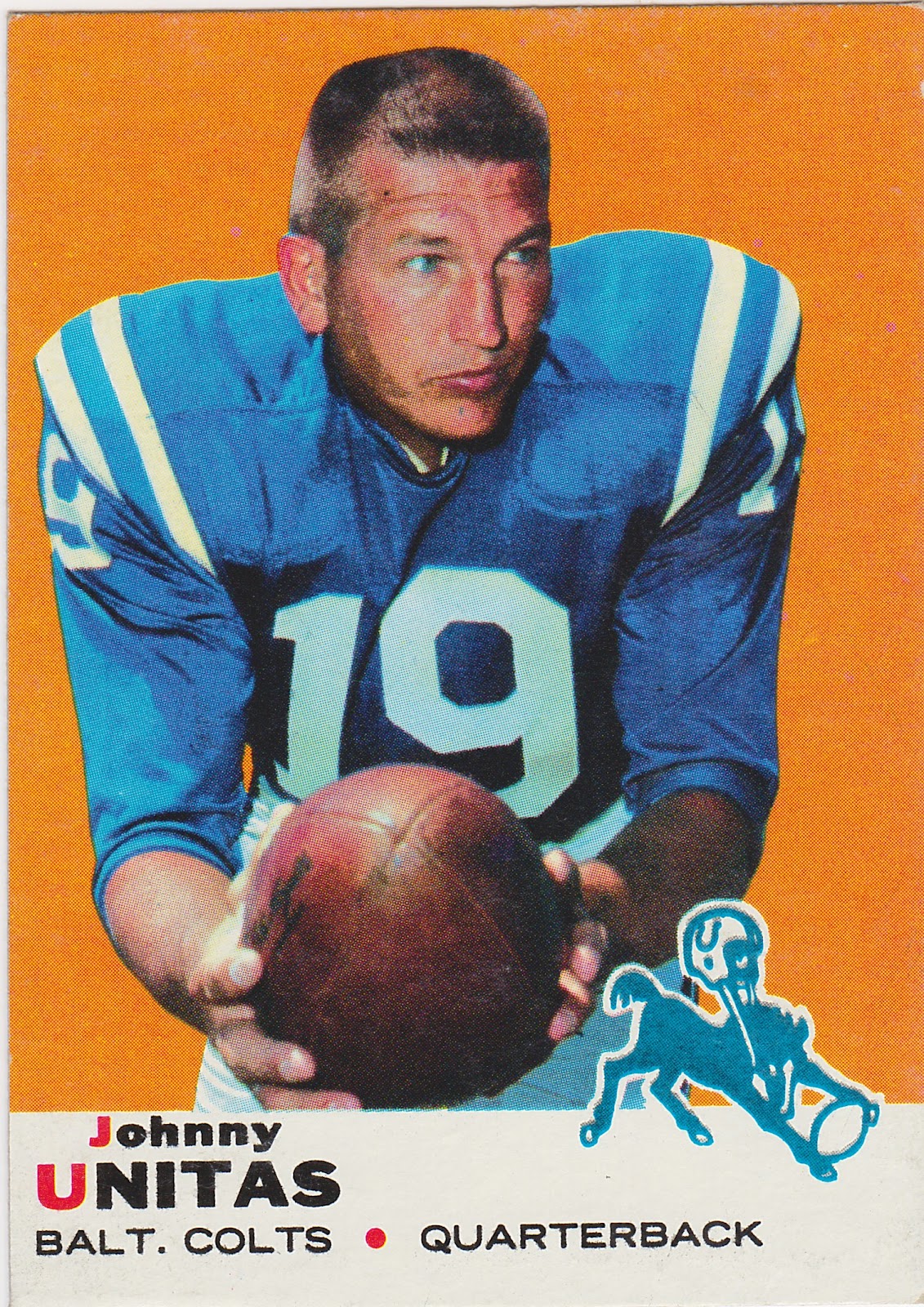 I've made pretty good progress on my quest to collect all the Baltimore Colts cards from 1950 through the clubs departure to some other place after the 1983 season. I've grabbed cards online from eBay, COMC and a couple of online dealers as well as at last week's card show and, best of all, from fellow bloggers and friends of the blog.

Over on the right just under my profile paragraph is my updated 'needs' list. There are only a handful of vintage football enthusiasts out there in the blogging world but if you happen to be one of them and have anything I'm looking for, we need to chat.

There are several Johnny Unitas cards on my list. I have all his career era cards but that's a separate PC. I want to pick up copies for my Baltimore Colts collection as well. I've nabbed most of them now, mostly lesser conditioned ones but I'm not going to spend a ton on cards I already own. The one card that I will not duplicate in my Baltimore Colts collection is the '57 Topps Unitas, his rookie card. The cost is prohibitive on that one so I have a Heritage/Archives(?) reprint taking that spot.

I'm not going to go overboard posting Baltimore Colts cards here since the football card interest is minimal in the blogosphere but I will show off some good ones.

Like these right here. First up is the 1969 Unitas up top. It's off center but just about everything about Johnny U. appears off center in every picture of him anyway....his hair, his shoulders and his smile.

The Ray Berry card below comes from one of my favorite sets of all time, the 1964 Philly Gum. Along with the '61 Fleer set the photos in this set just grab me. 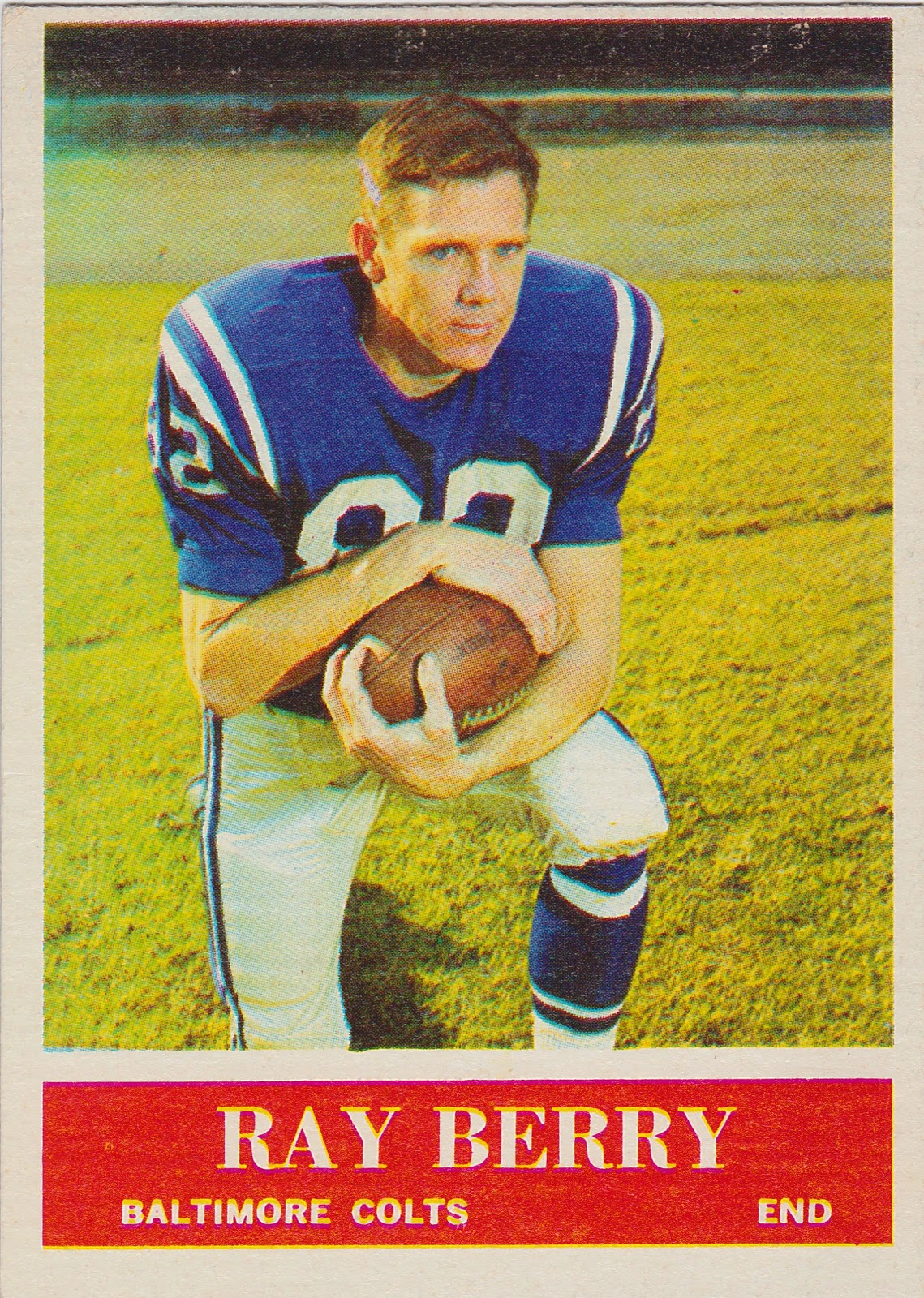 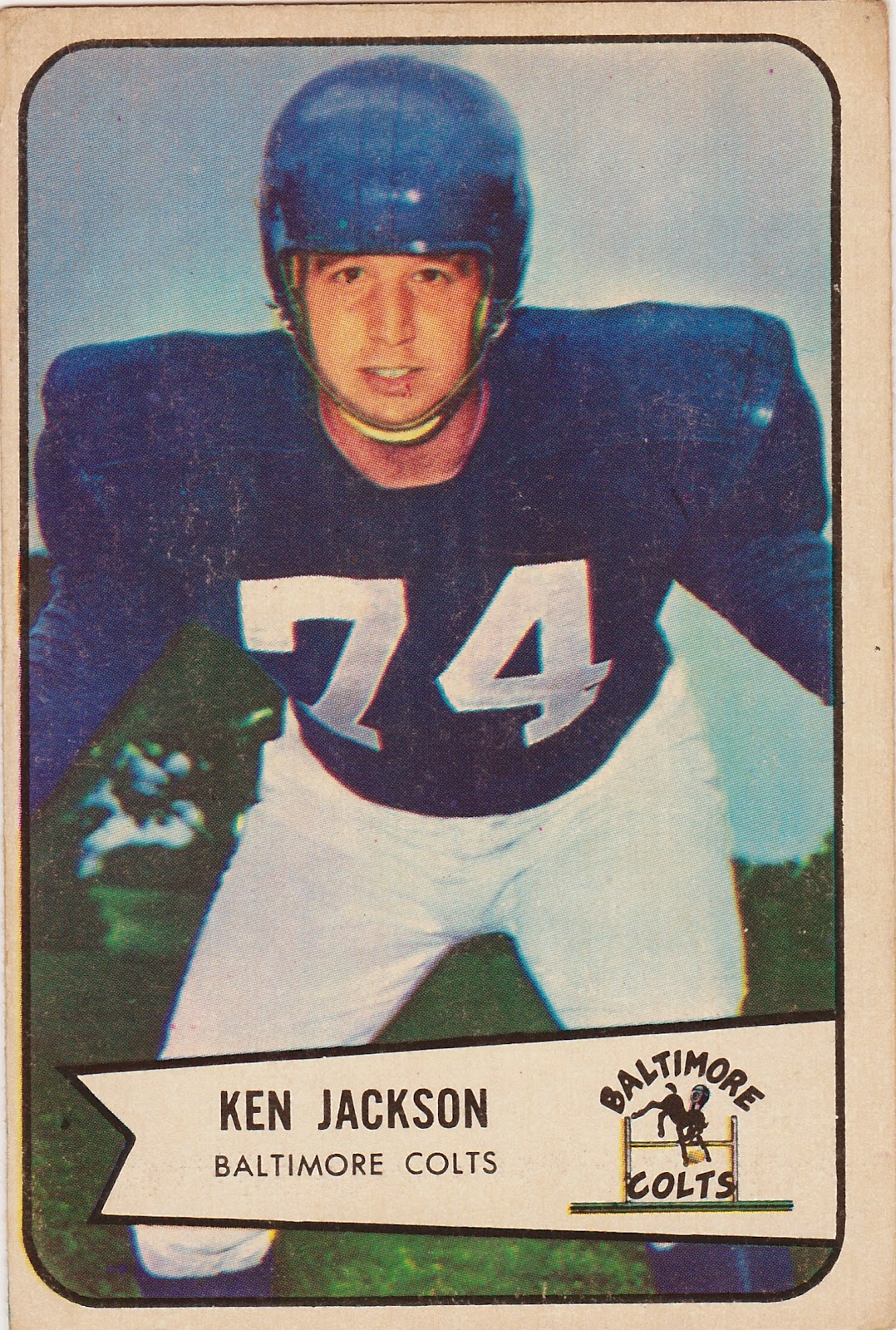 And finally this is the 1959 Topps Unitas. As with the '58 football set this one gives a hint of what was coming design-wise with Topps' next baseball set. the alternating colors of the player name of course was seen in the '60 baseball set.

And again Johnny U. sports the crew cut, crooked smile and shoulders he was known for. He looks happy and you would be too if you were coming off a win in the "Greatest Game Ever Played". 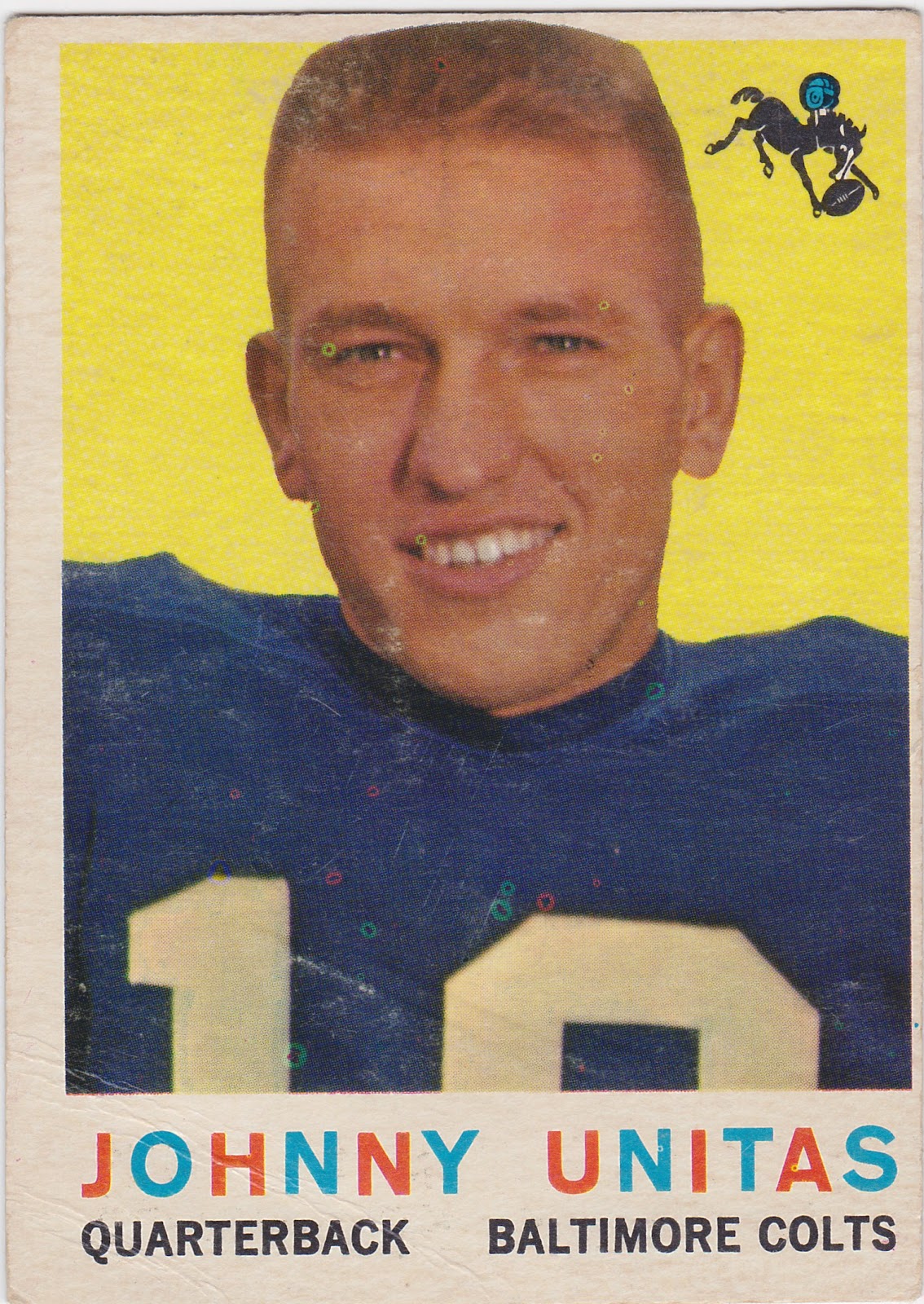 Posted by Commishbob at 9:59 AM