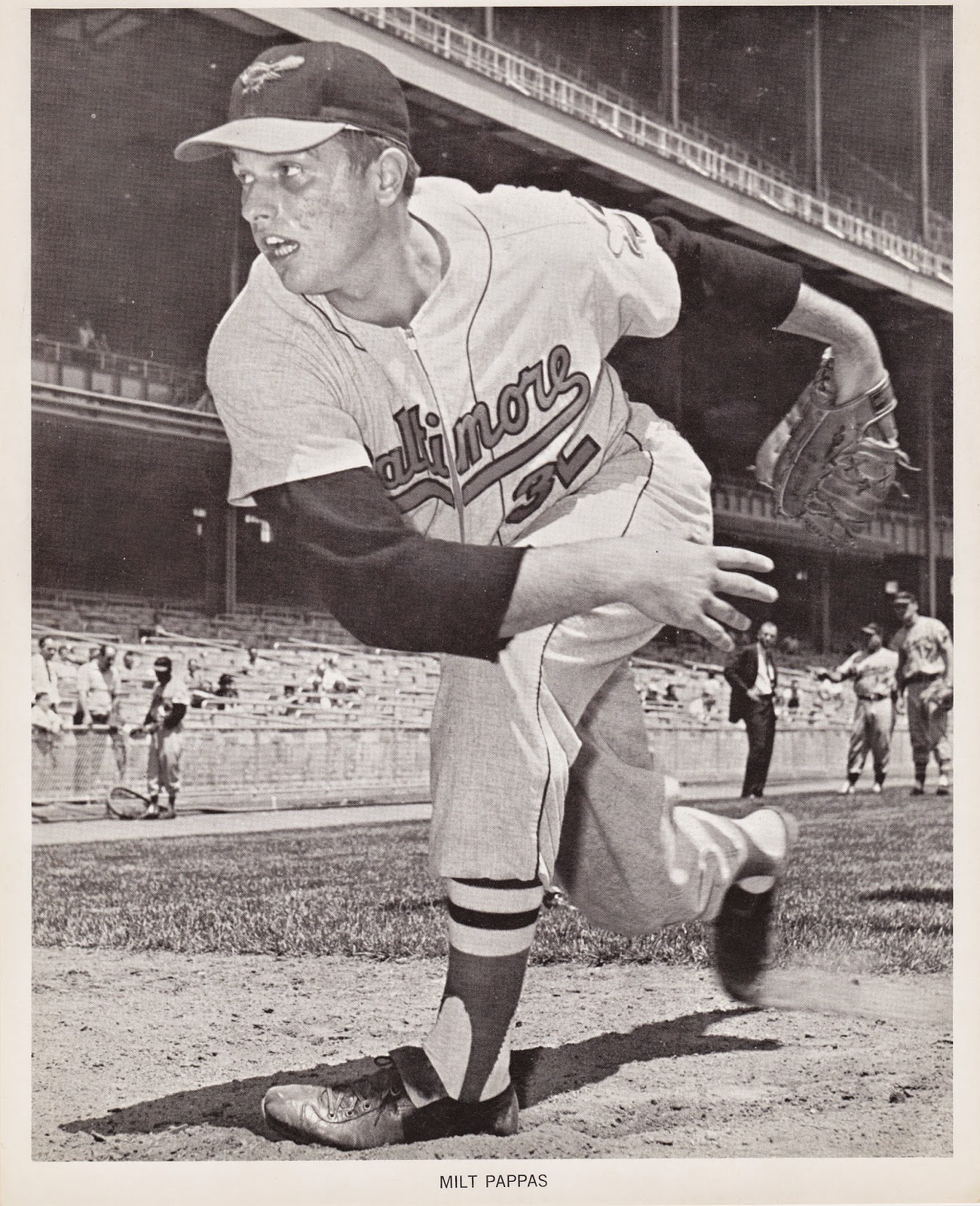 I couldn't pass these up when I came across them on eBay a few weeks ago. For about $6 each I won these 8 x 10s from Manny's Baseball Land, the iconic store that was on Jerome Avenue across from the old Yankee Stadium for many years. See this previous post for more on Manny's.

One of the fun things about these is doing the detective work to date them. The Pappas above is the only one of the three with enough background visuals to even attempt that. The two Orioles on the field to the right of Pappas I believe are Walt Dropo and Gene Woodling. I'm more confident of Dropo that Woodling but it appears that the numbers work (14 & 17) so I'll go with that. Pappas, Dropo and Woodling played together on the O's in 1959 and 1960. The guy over on the left signing for fans along the railing sure looks like Paul Blair but Blair was only 16 in 1960. I blew the shot up as large as I could and I just feel like he is a black player wearing a single digit number so if that holds true it's either Bob Boyd or Valmy Thomas.

Not that it matters, or that anyone besides me cares. LOL

In the one below Jack Fisher is posing in Yankee Stadium.That's all I know for sure. When he was a rising start for the Orioles in the early 60s we all thought Fat Jack was going to be the staff ace soon and for a long time. His career derailed in 1962 and he never had an above .500 record as be banged around for the rest of the decade. I saw him pitch  for the Mets a few times at Shea Stadium. I never rooted for the Mets but it was hard to root against him. 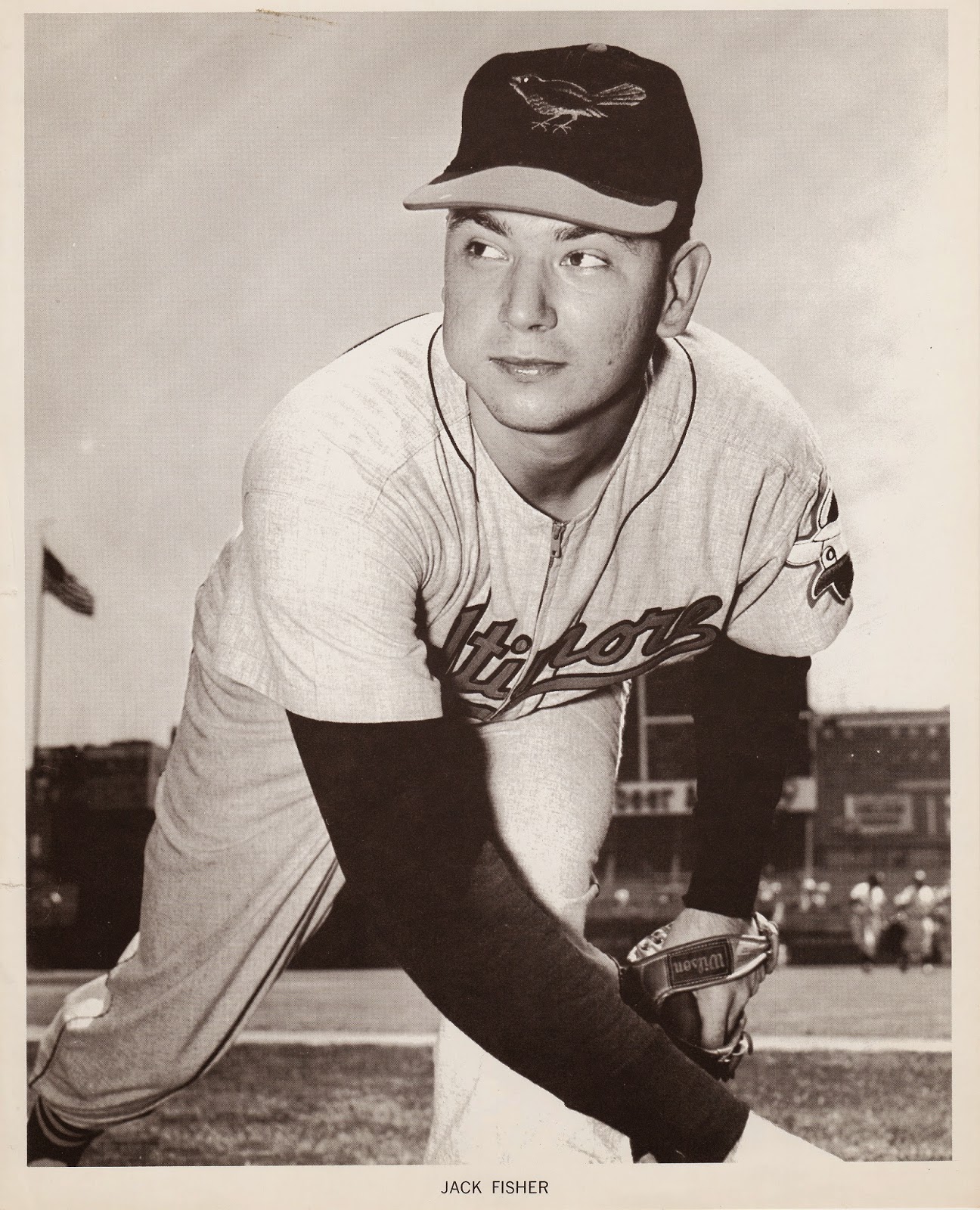 And this one of Brooks Robinson makes him look to be a rookie doesn't it? The Orioles switched to the orange brimmed caps in 1958 so this shot of him wearing the all black cap dates back to 1957 at the latest. 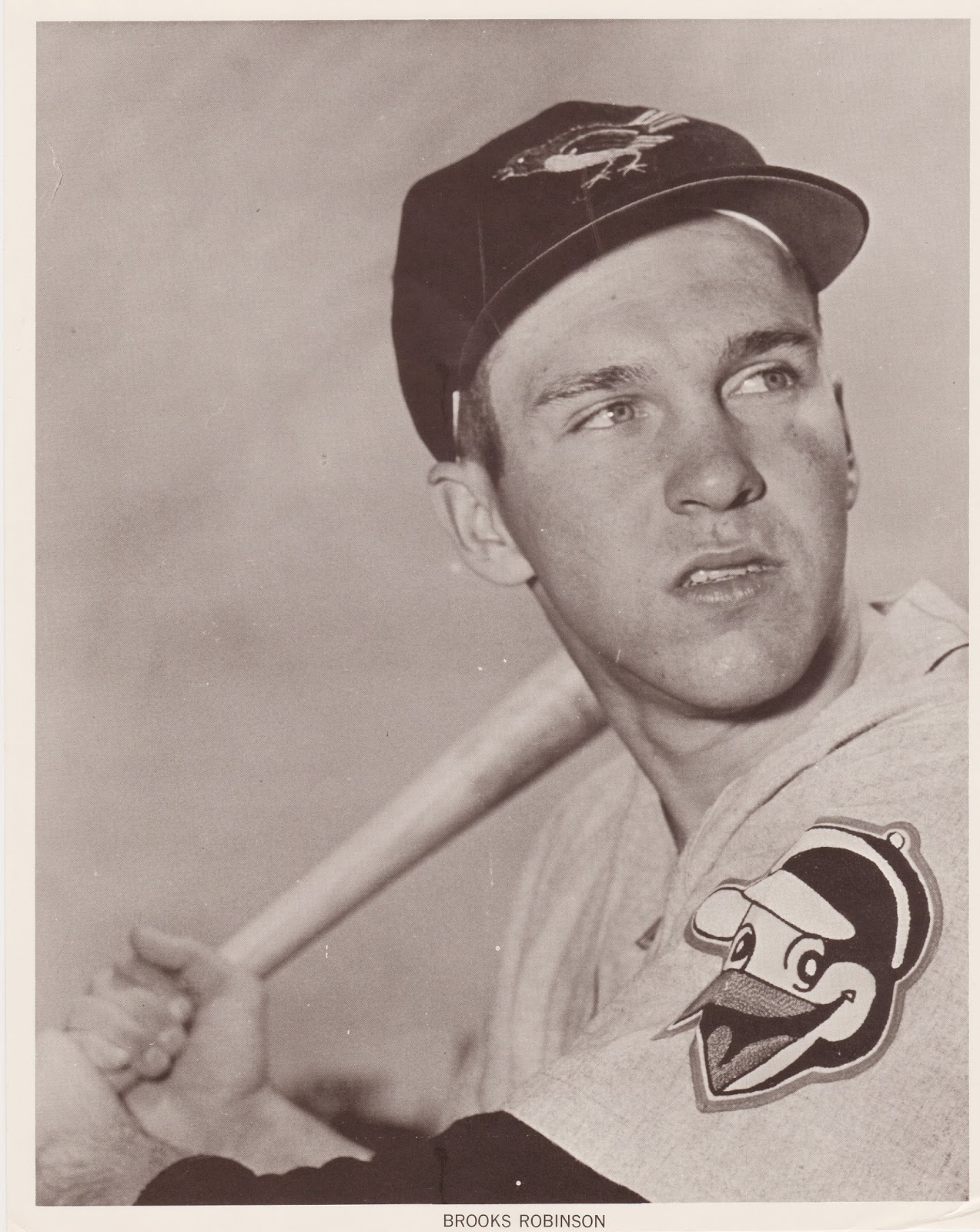 Good ol' Manny's Baseball Land. Great memories of my Dad buying me a yearbook or pennant as the subway rumbled overhead and we got ready to head into the big ballpark.
Posted by Commishbob at 4:00 AM