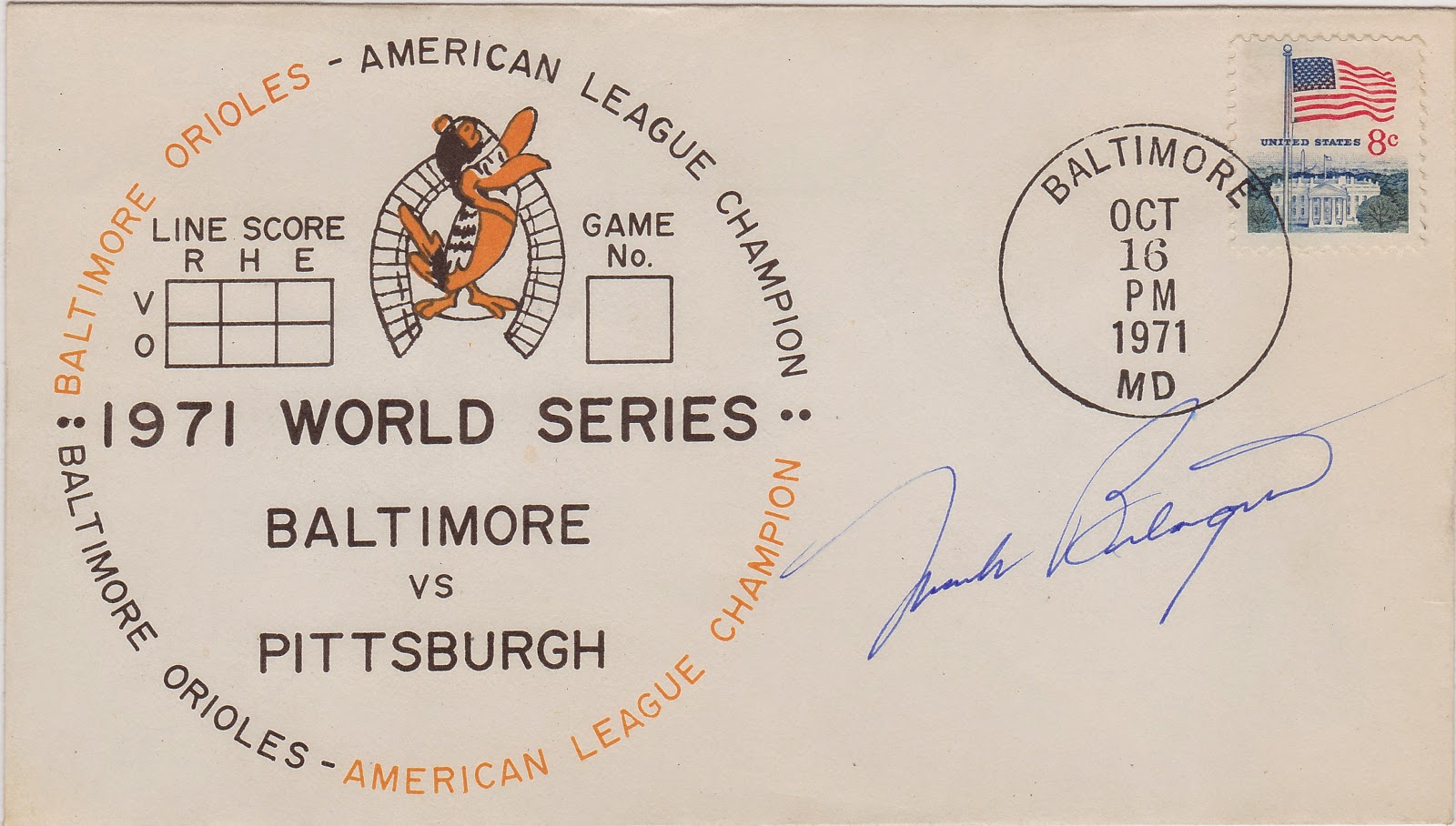 I had been saving these scans for a possible 'Orioles in the Series' post but we all know how that turned out. I used to actively collect stuff like this.

The cover above is postmarked on the date of Game Six of the '71 Series. That's the game that the Orioles won to even the Series up at three games apiece. Frank Robinson slid in under Manny Sanguillan as he scored on Brooks Robinson's fly out in the bottom of the 10th.  It's signed by Mark Belanger who had a single and three walks in four trips to the plate that day.

The two envelopes below are from the '79 Series and were produced by the Gateway Stamp Company. I was a bit surprised to see that Gateway is still around and selling first day covers. I have quite a few of their offerings, all Orioles related. What I remember most about buying Gateway items is how the rules and regulations they applied to purchases seemed so obtuse. "In order to buy the cover with player x's signature you must buy this that and the other thing with player y's sig", etc, etc.

I would get their newsletters every few months. They were always interesting reads. Part sales brochures, part price guide, part market value report and with a dose of historical documentation tossed in. They were huge things printed on legal sized paper in various colors corresponding to different sports and such. Reading them kind of made you feel like you were part of some club in which you were not privy to all the rules. But you never wanted to admit what the hell it was all about so you kept renewing your membership by making a purchase. 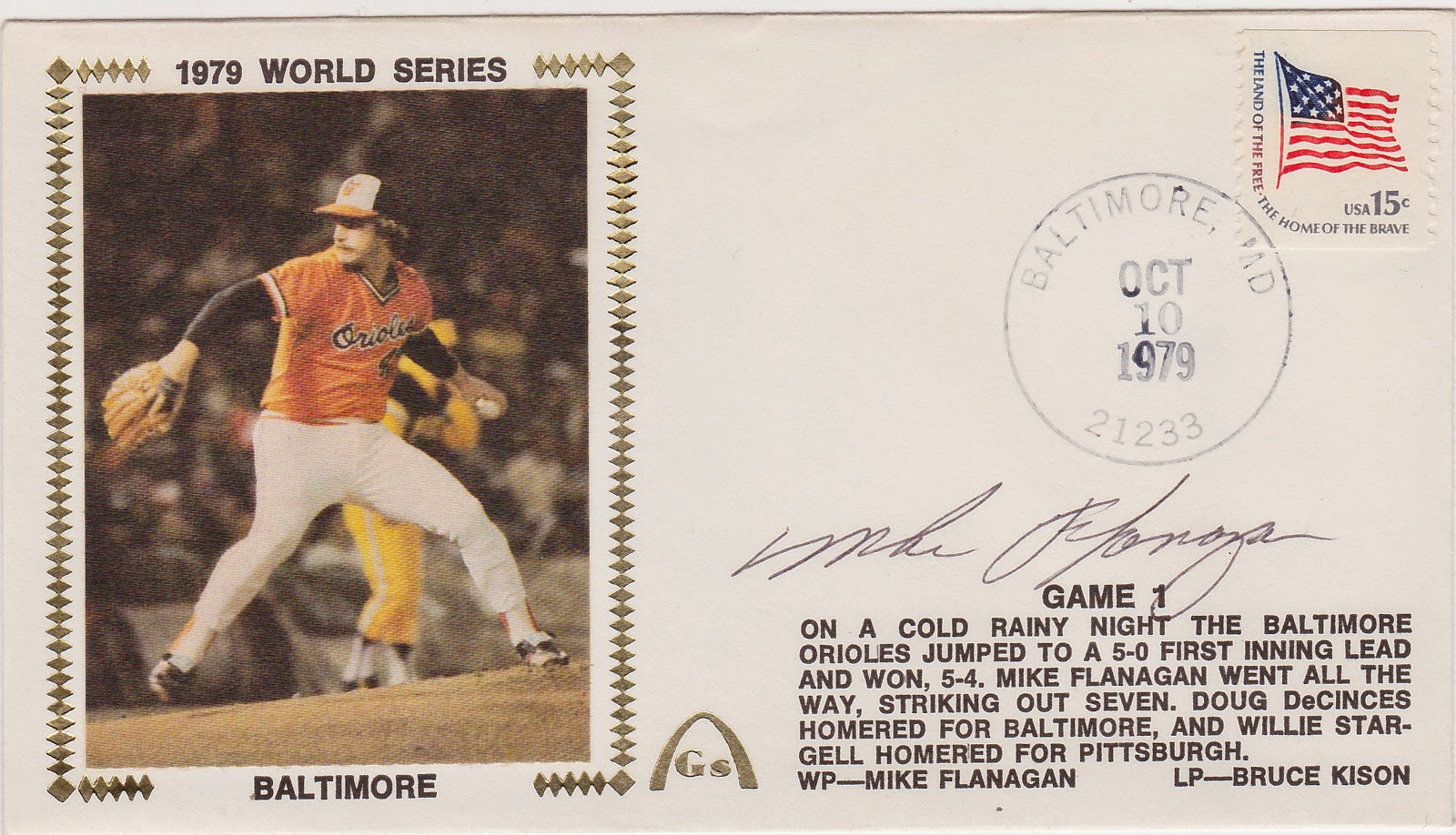 But the envelopes were neat items and nice keepsakes of memorable events. 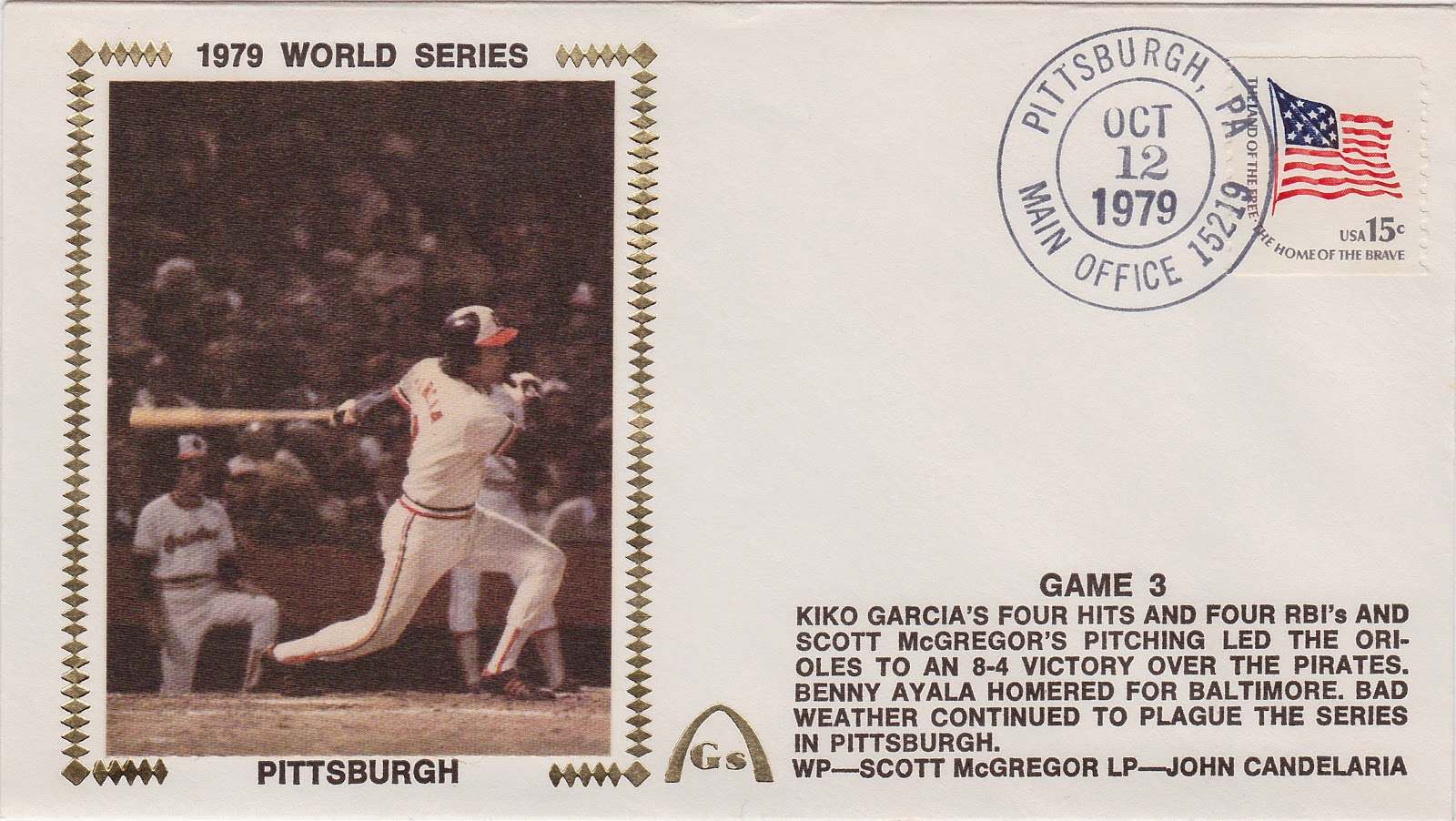 I hope your team is making you happy in this year's World Series.
Posted by Commishbob at 1:00 AM