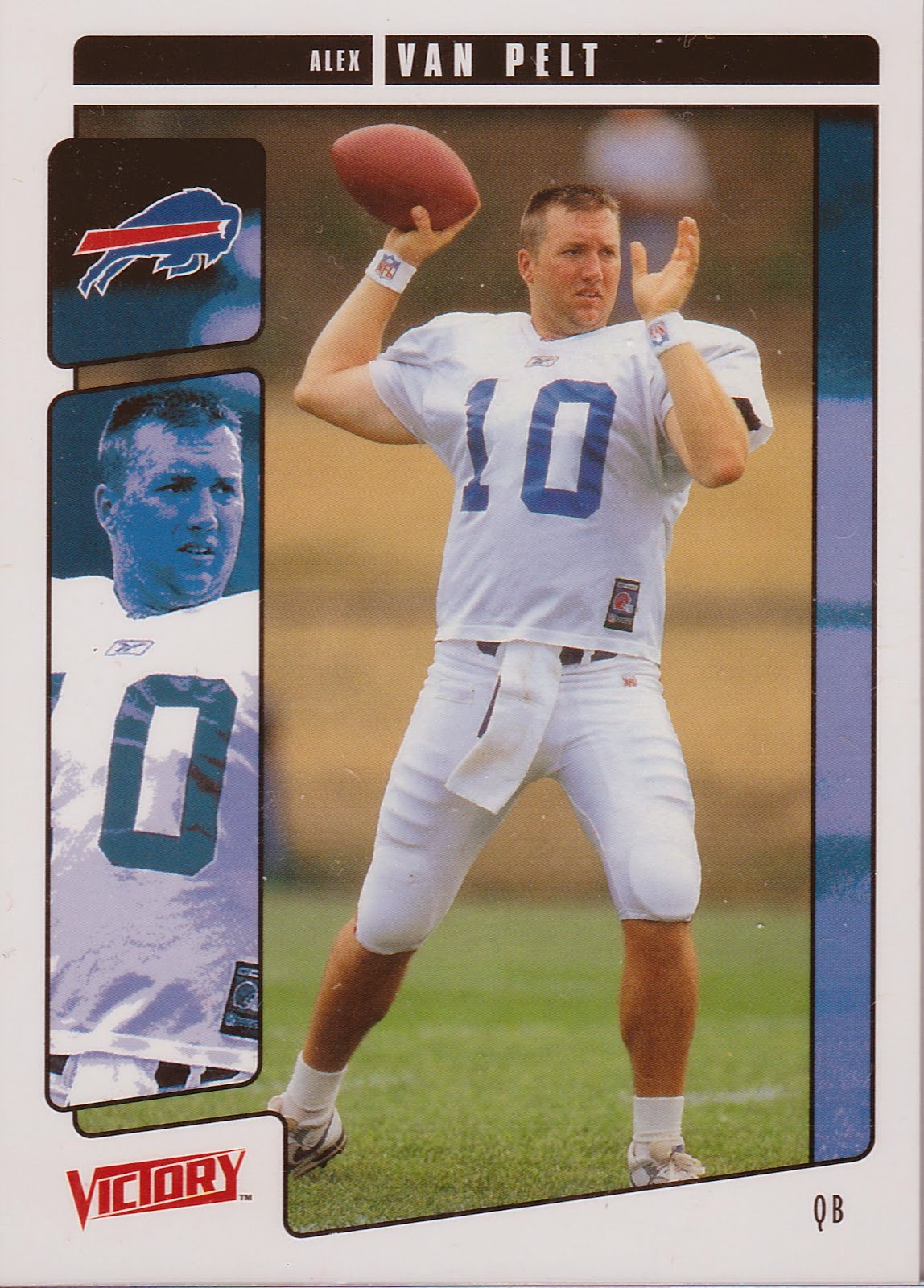 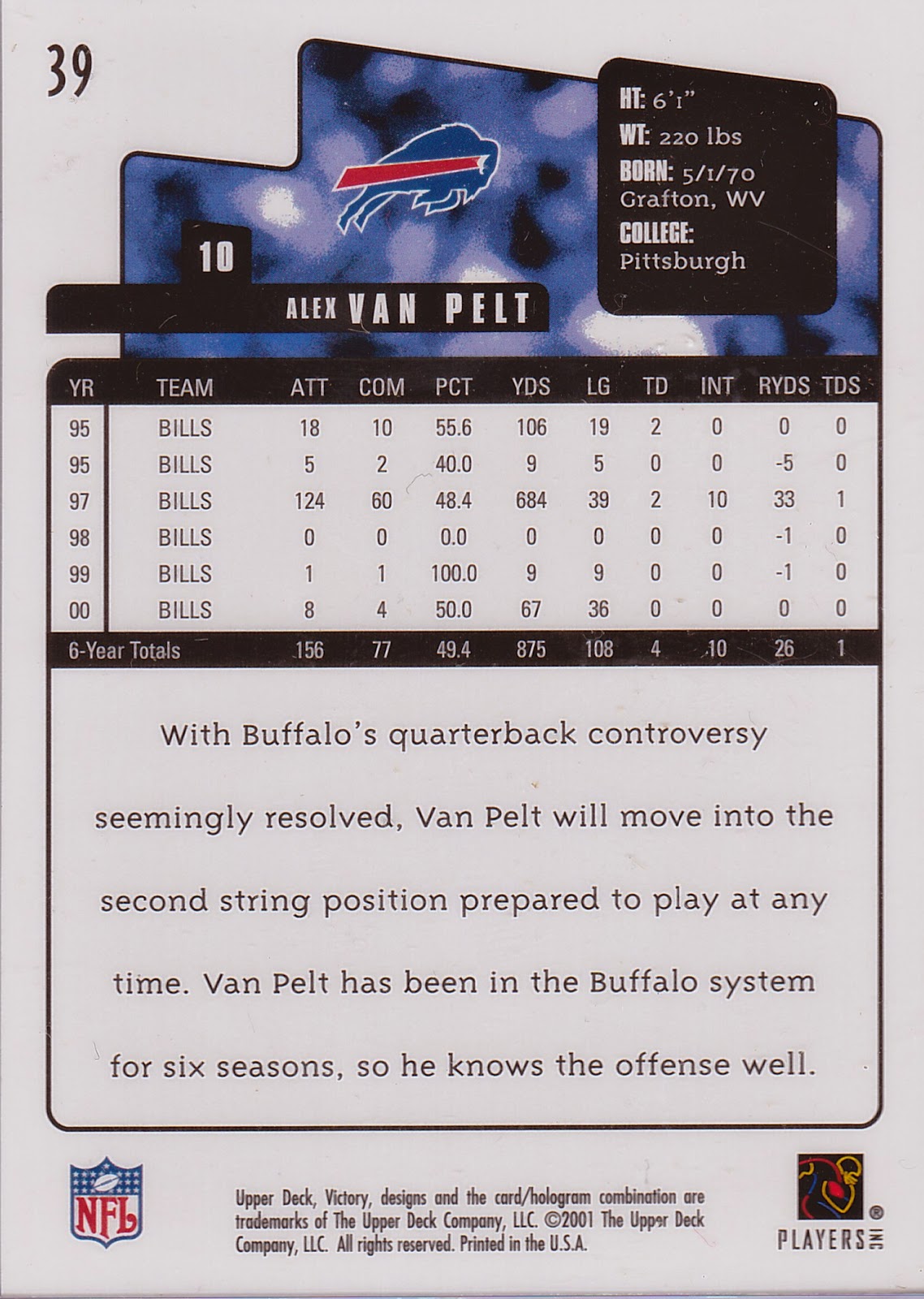 NFL Info: Alex Van Pelt played ten seasons as the Bills back-up QB. He did have a couple of short stints as the starter, in 1997 for three games and in 2001 for eight. He had originally been drafted out of the University of Pittsburgh by the Steelers, failed to make the club and spent a year with the Chiefs before hooking on for his Bills tenure.

After his playing days Van Pelt got into coaching and has spent most of the last decade on NFL staffs. He currently is QB coach with the Packers. I'm guessing that job consists maily of staying out of Aaron Rodgers' way.

Fantasy Impact: I had Van Pelt in 2001, probably as insurance during a year I rode Kurt Warner to a playoff berth. He didn't get a start.

The Card: There are some Upper Deck football products I really like. This is not one of them. It's pointless to use the same lame photo on the front of a too busy card, isn't it? And the back covers the basics but the sparse write-up makes the company (or the writers I suppose) look very lazy. Is that all they could come up with? Even Alex Van Pelt had to have something more interesting to include.
Posted by Commishbob at 6:00 AM