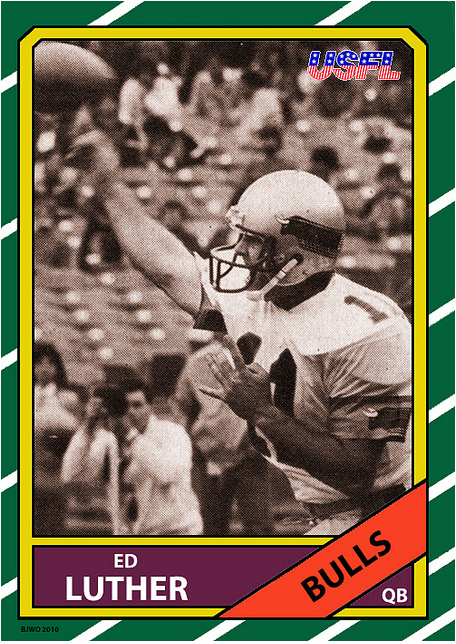 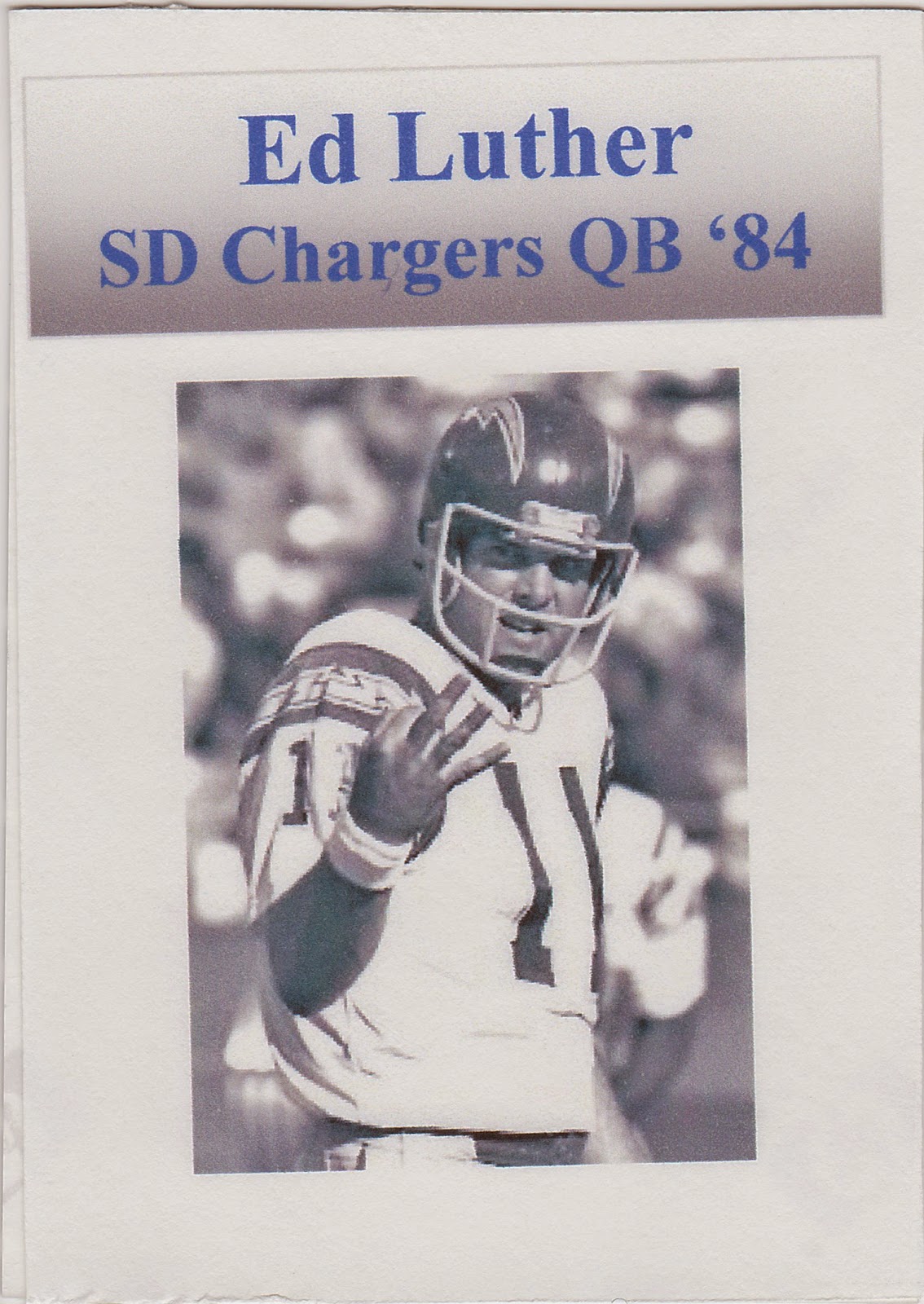 NFL Info: Ed Luther played for San Jose State and then backed up Dan Fouts for five seasons in the first half of the 80s. He got six starts in 1983 and three more in 1984 when Fouts was out with an injury. In 1985 he was signed to a large contract by the USFL's Jacksonville Bulls to replace the injured starter, Brian Sipe. He was back in the NFL in '86 as property of the Colts but never saw the field.

Fantasy Impact: I made a trade for Fouts midway through the 1984 season. It was one of my leagues biggest blockbusters as I traded away Eric Dickerson to get him. I picked up Luther as insurance behind Fouts. Fouts helped me win three straight after I made the deal but he, and my team, cratered and I missed the playoffs.

The Card: There are no actual cards of Ed Luther available. I was able to find this image that was made by a guy who homebrewed USFL football cards and I made a card of it for my fantasy football collection. I made the back in MS Publisher as I did with all my homebrews and printed it out on sticker paper. I wish I had the graphics skills that so many other bloggers have.