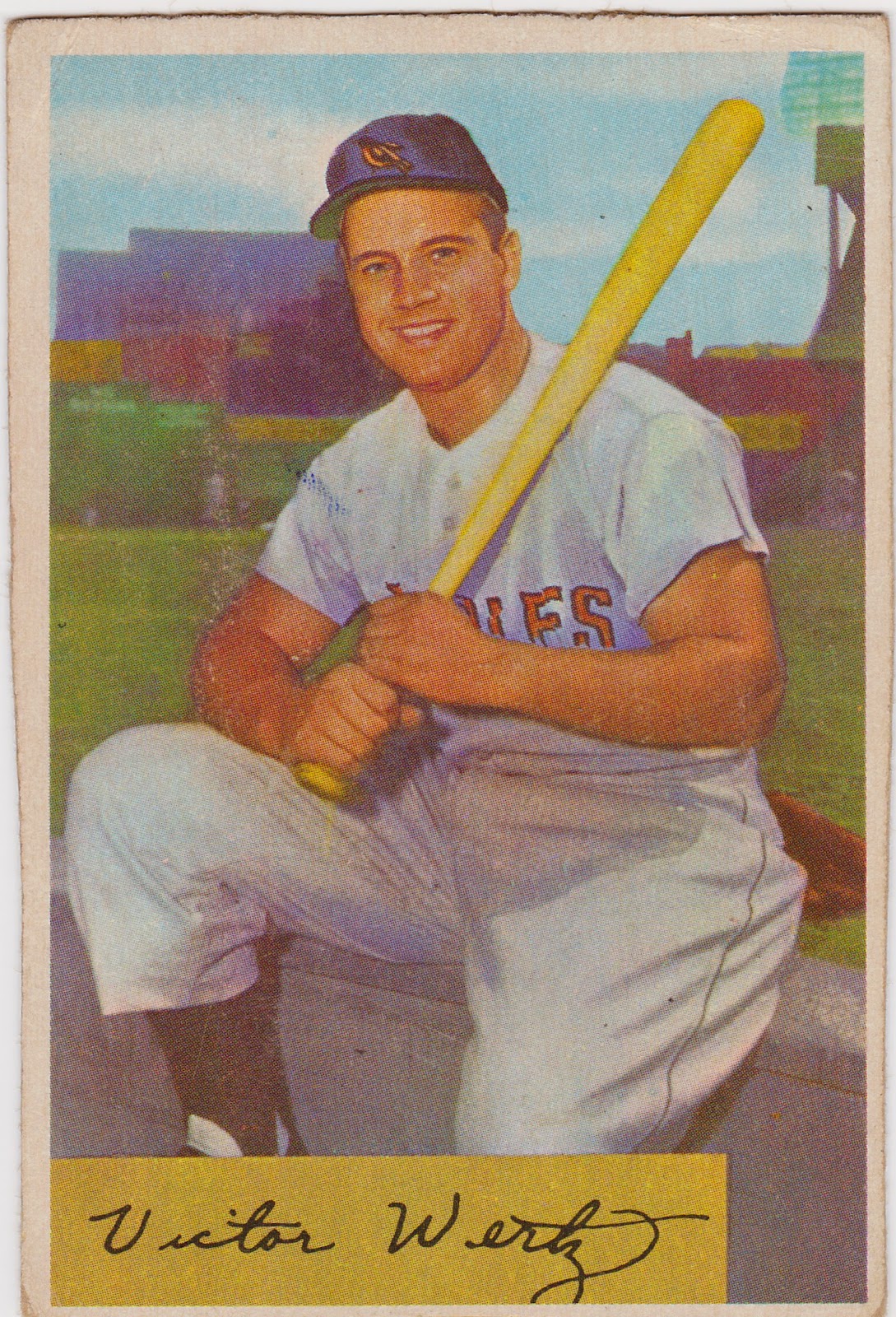 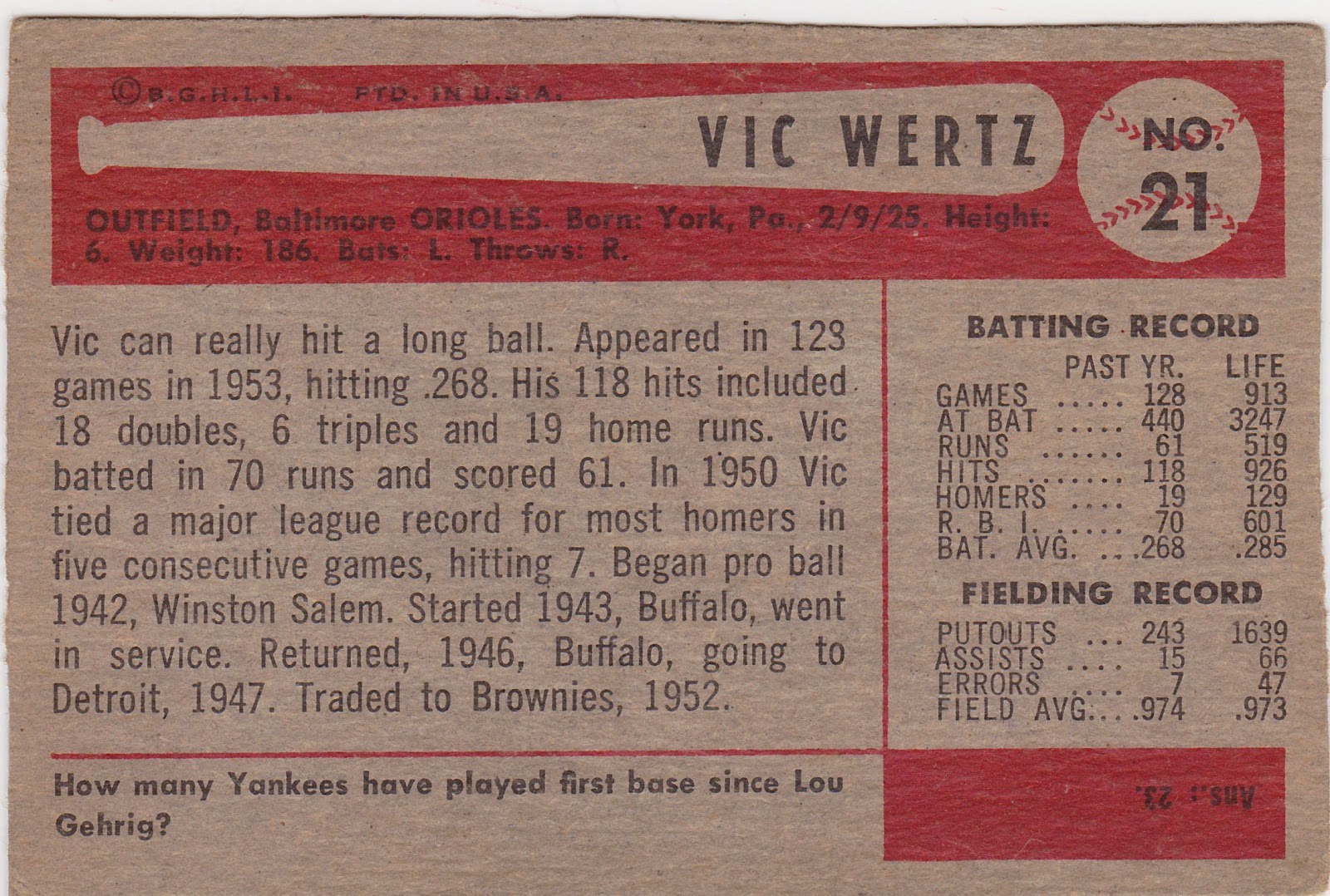 Someone, I can't remember who, posted this card not long ago. I had a copy in my Orioles teams collection but I thought it was worth finding a second copy for my binder of 'favorite' cards. I just love it. Wertz is airbrushed/painted into an Orioles uniform which was pure speculation at the time since the Orioles had yet to take the field after the move from St. Louis.

Wertz was only in Baltimore until the first of June in 1954. The trade that sent him to the Indians was certainly fortuitous for both him and the Indians. He hit 14 homers for the Tribe before the season ended and the AL champs faced the Giants in the World Series. Wertz hit .500 is part of one of the most famous plays in Series history. His line shot to the far reaches of the Polo Grounds was hauled in by Willie Mays, a catch that helped shape Mays' legend.

This is from Wertz' Wikipedia page: