The Orioles are taking on the Royals tonight in the first game of whatever the series is called that gets you to the World Series. Cool deal I say. Let's do this.

The last time the O's were in the Series of course was 1983. I was at both games in Baltimore wearing my game-worn Tim Stoddard road jersey. Those were the days before everyone and his brother wore a jersey to the stadium and mine drew a lot of interest. I didn't take advantage of the opportunity I had to go to Philly for the games there. I had a new wife, a new job and there was no guarantee that the Series would end there so I headed home.

Here to give the Orioles of 2014 some backing are some of my favorite 1983 Orioles on their Topps cards of that season. I don't care a whole lot for the '83 set. It's not so much the design that bugs me, in fact I kind of like the design, but rather the photos which I feel are grainy and uninspired. But, no matter. Let's do this!! Go O's!!! 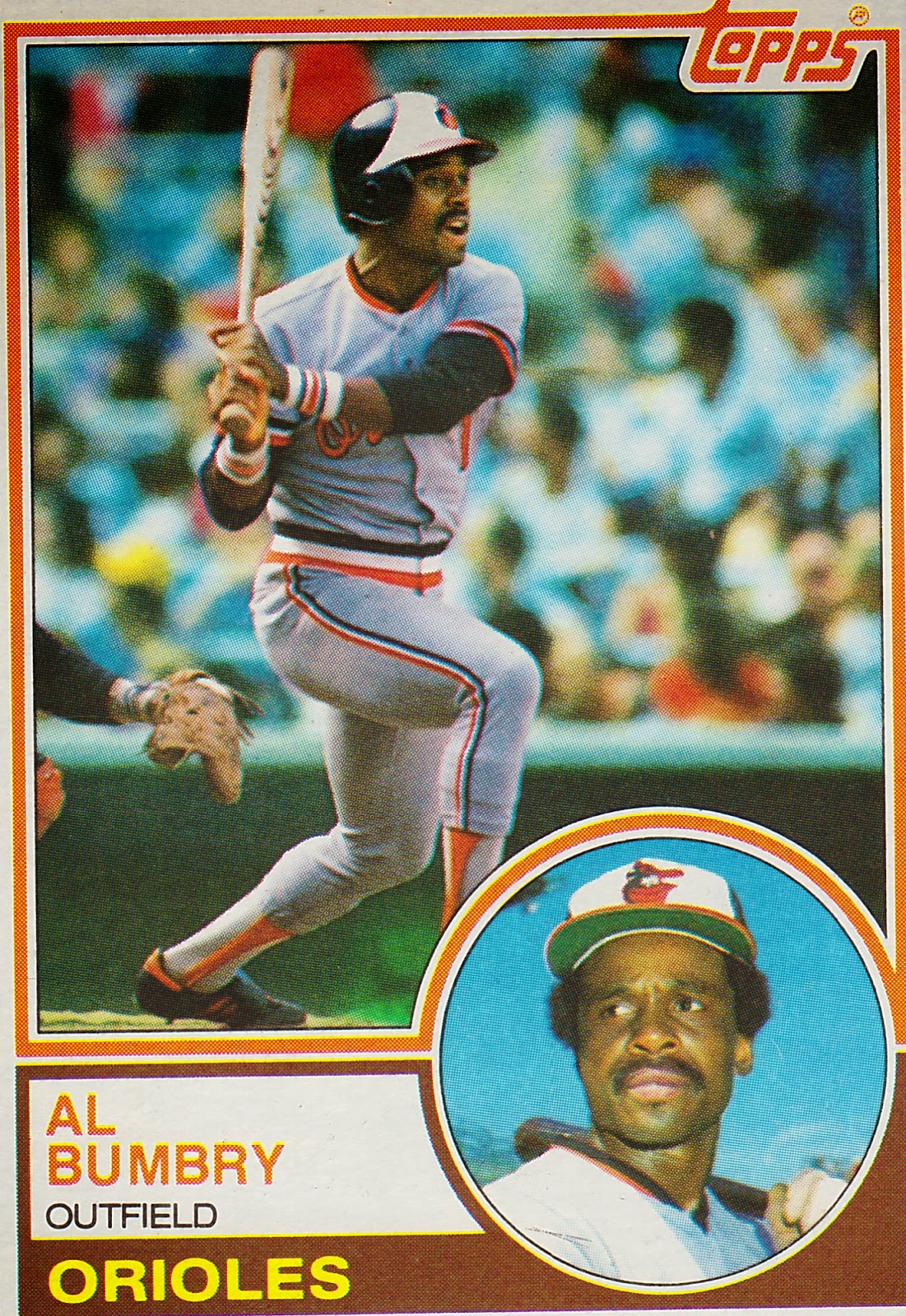 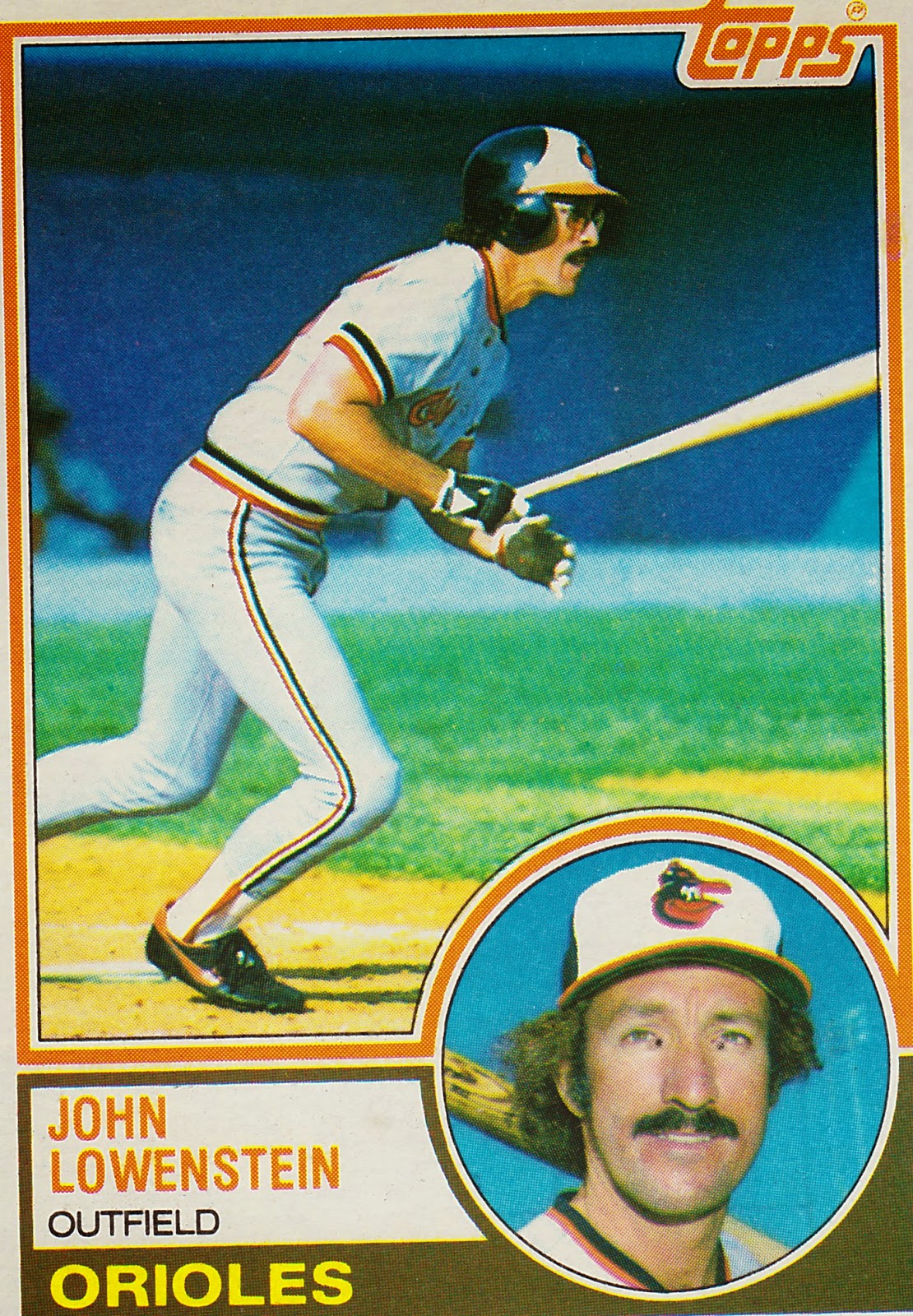 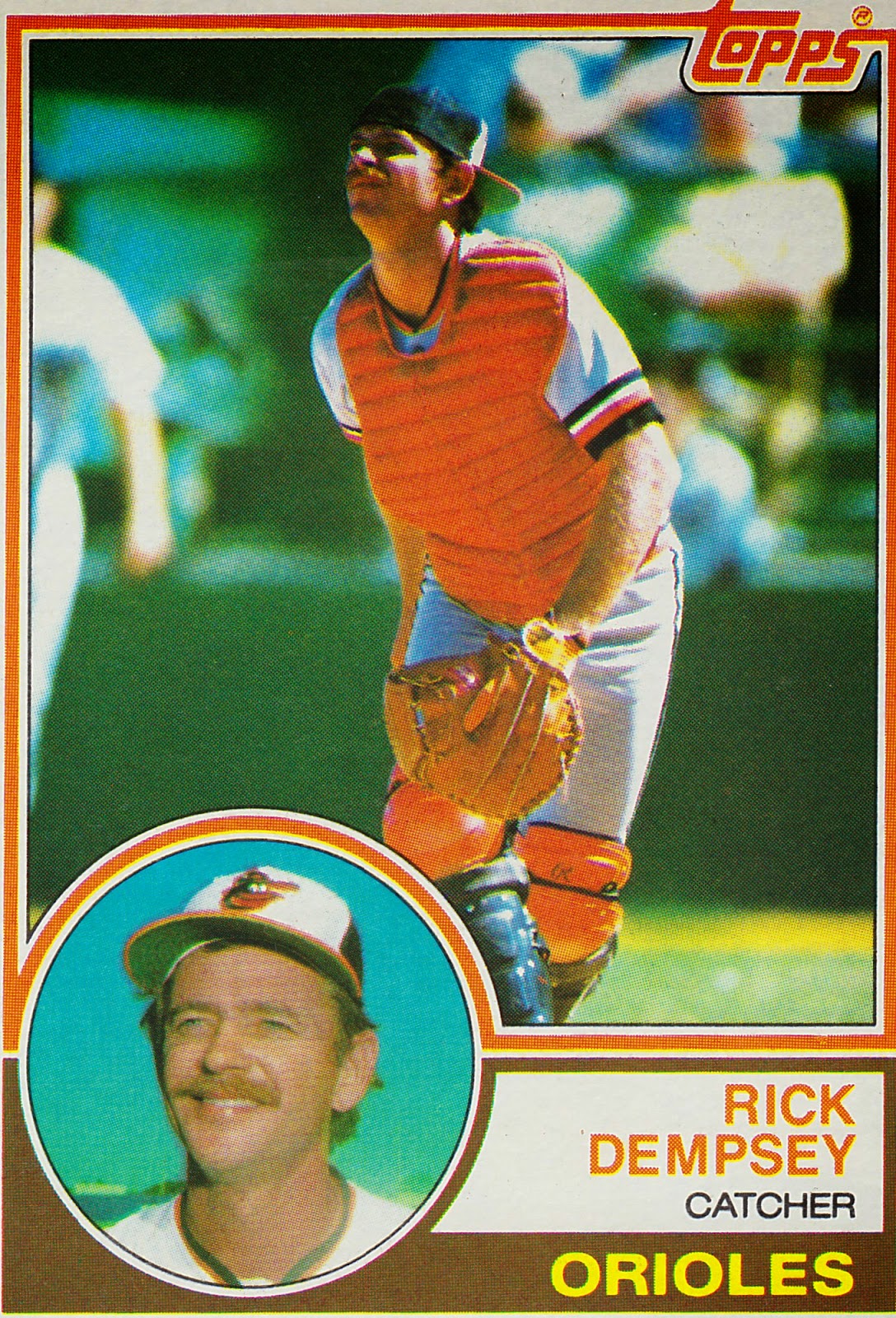 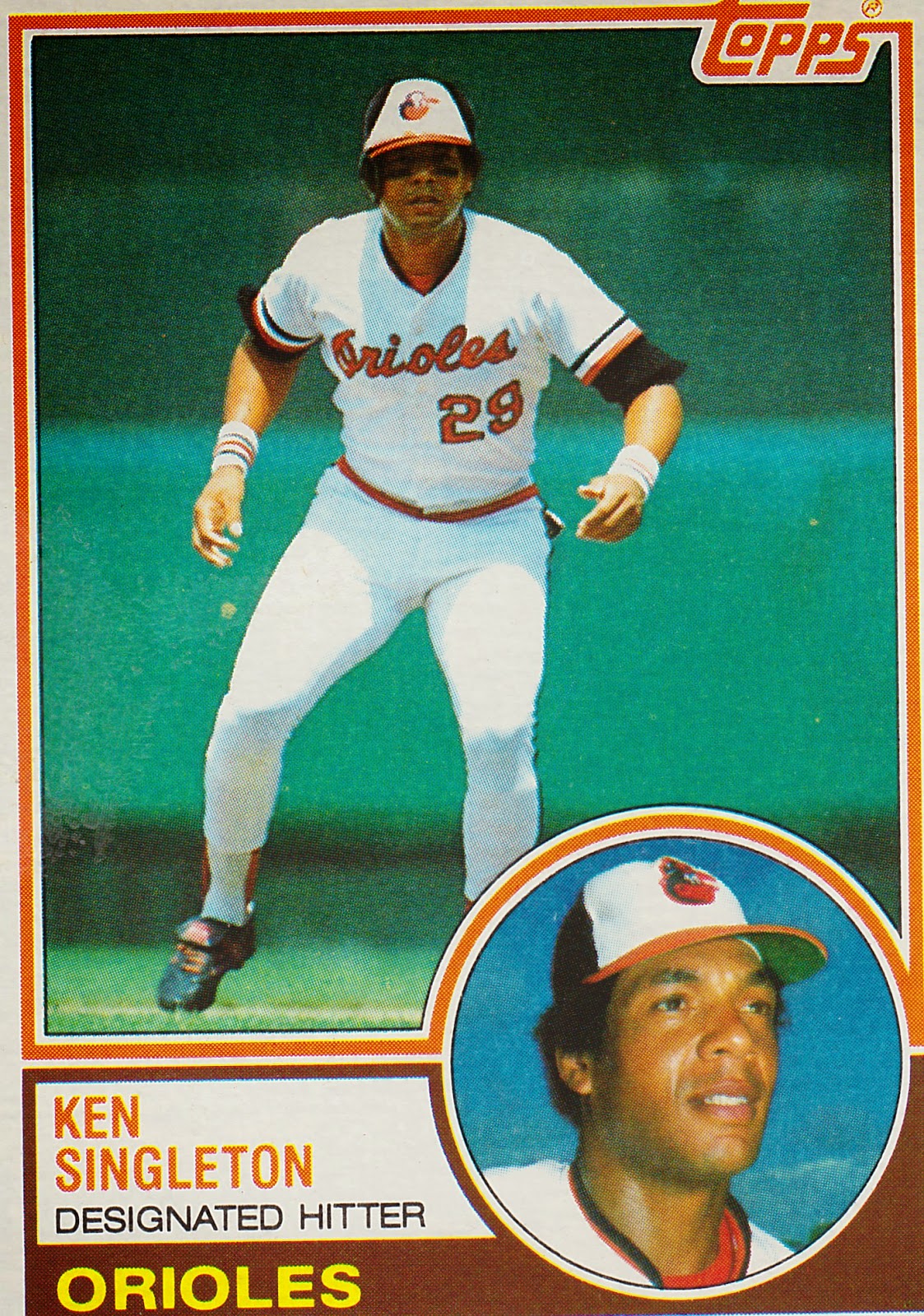 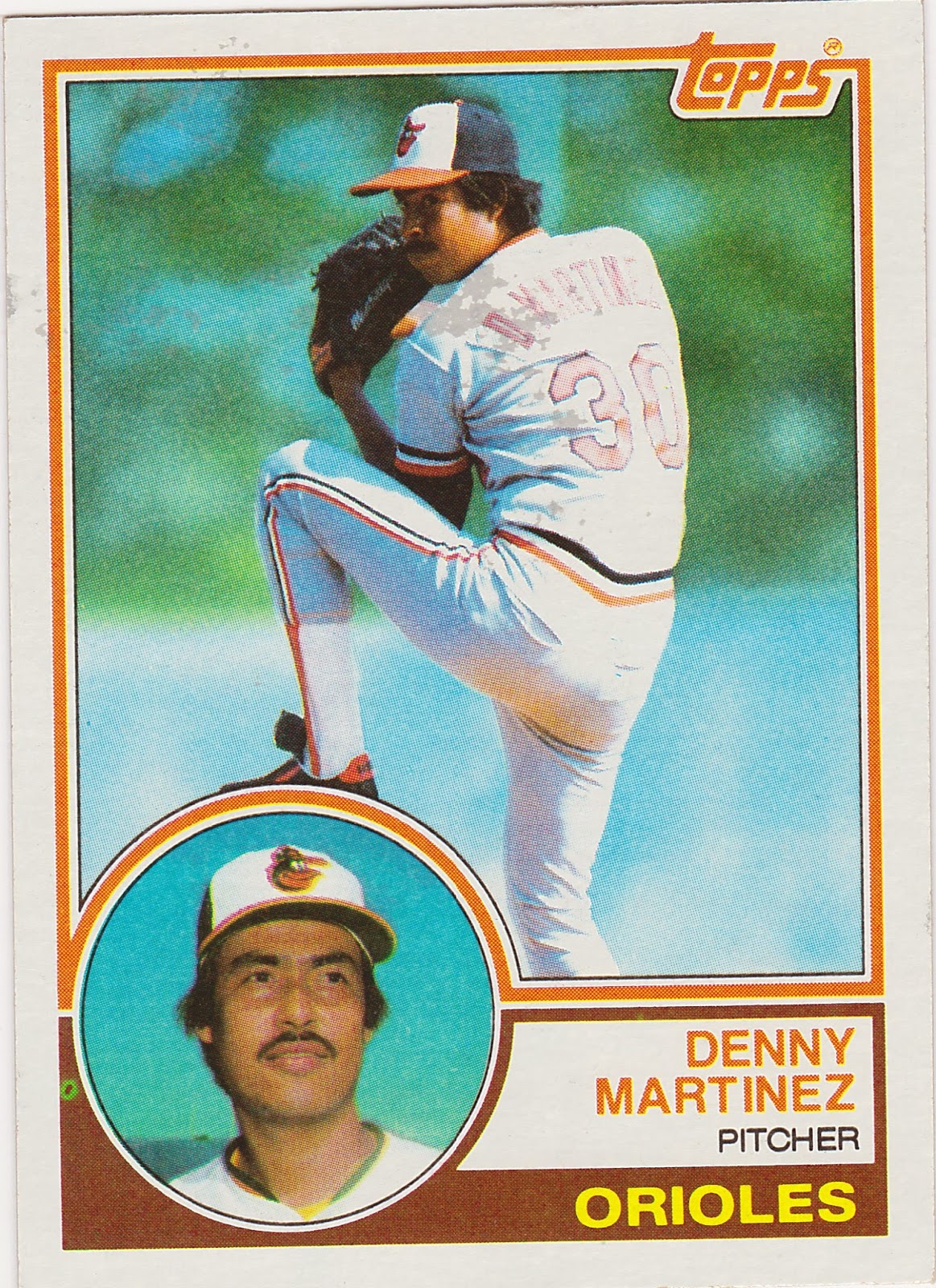 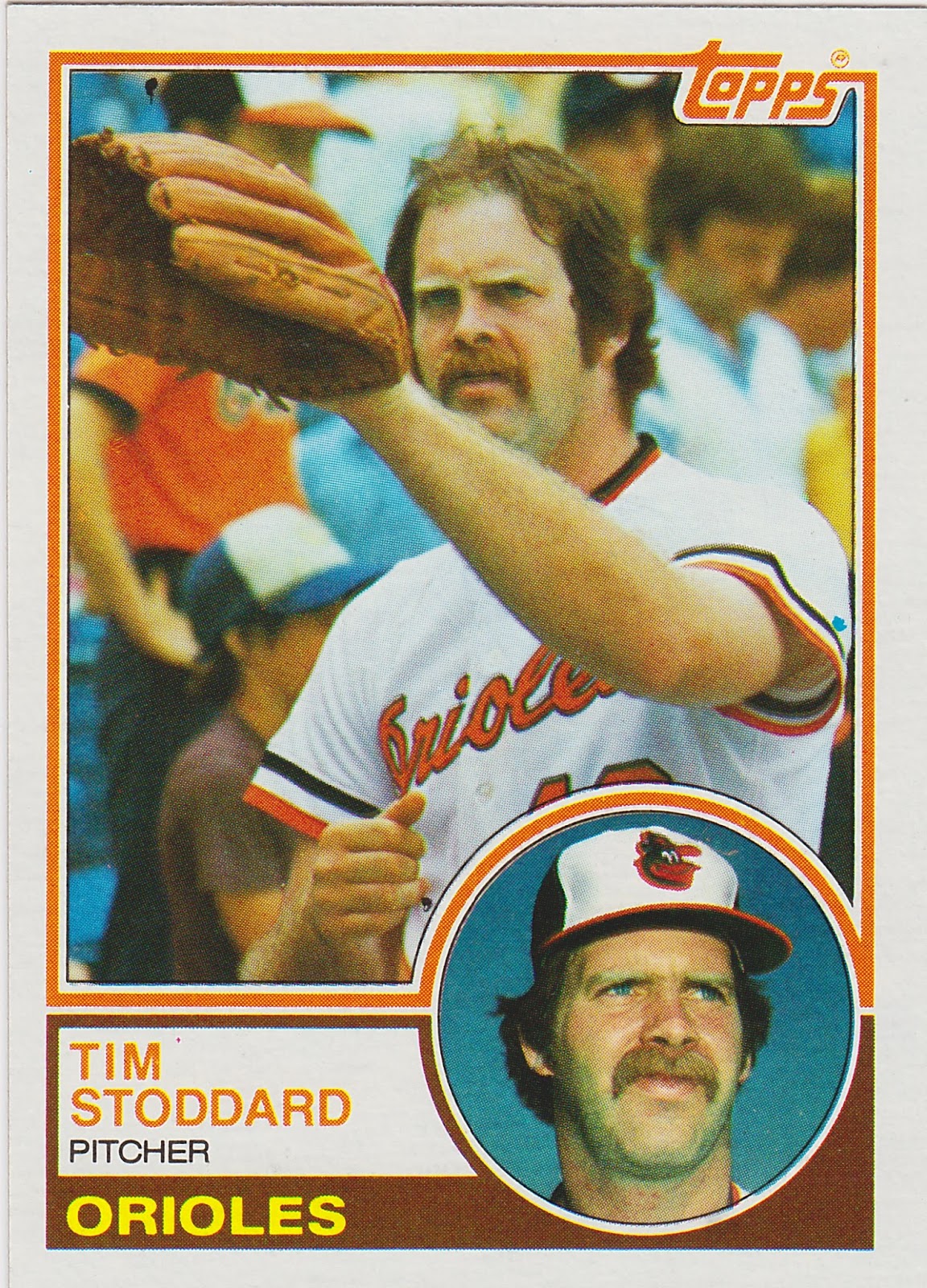 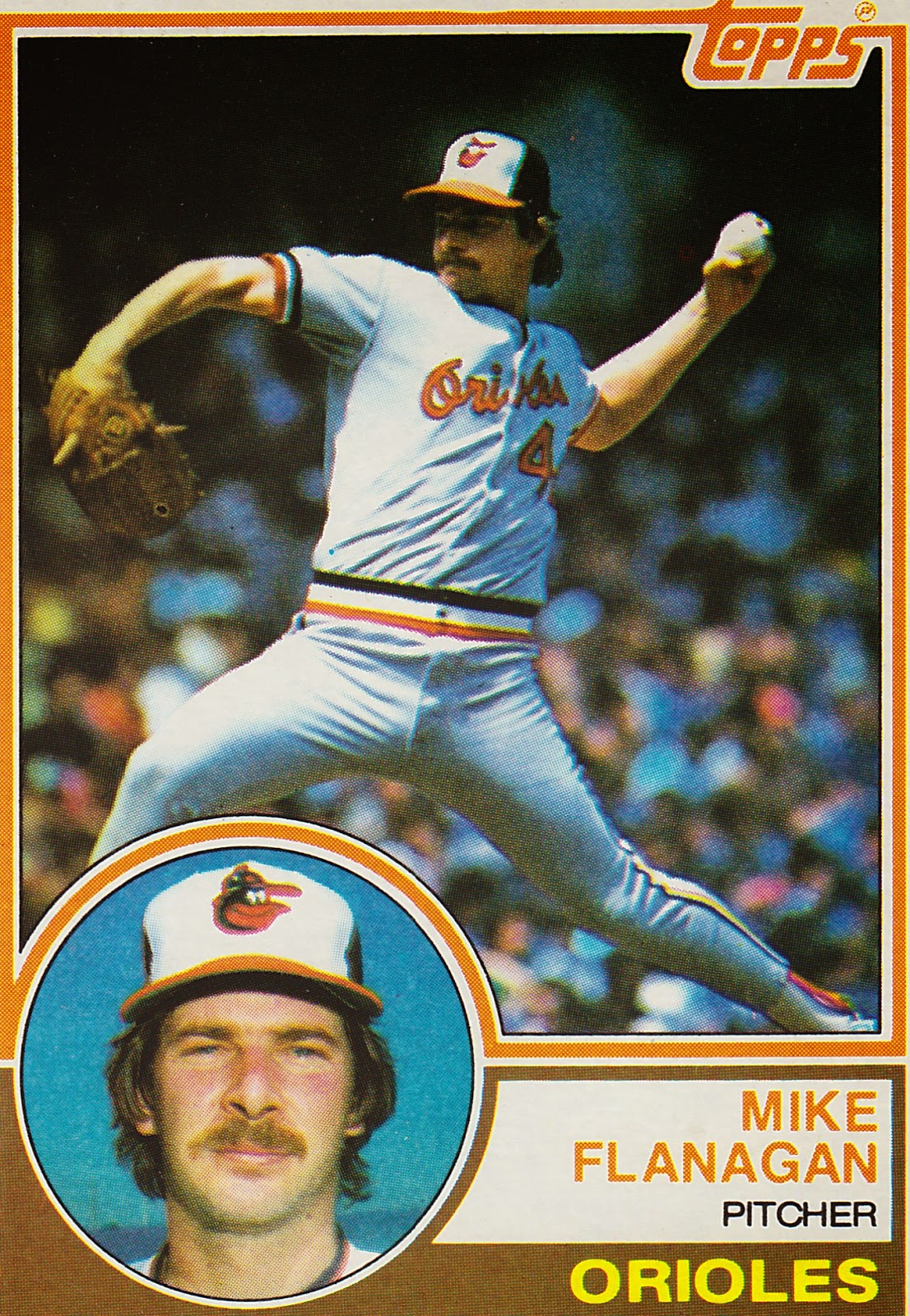 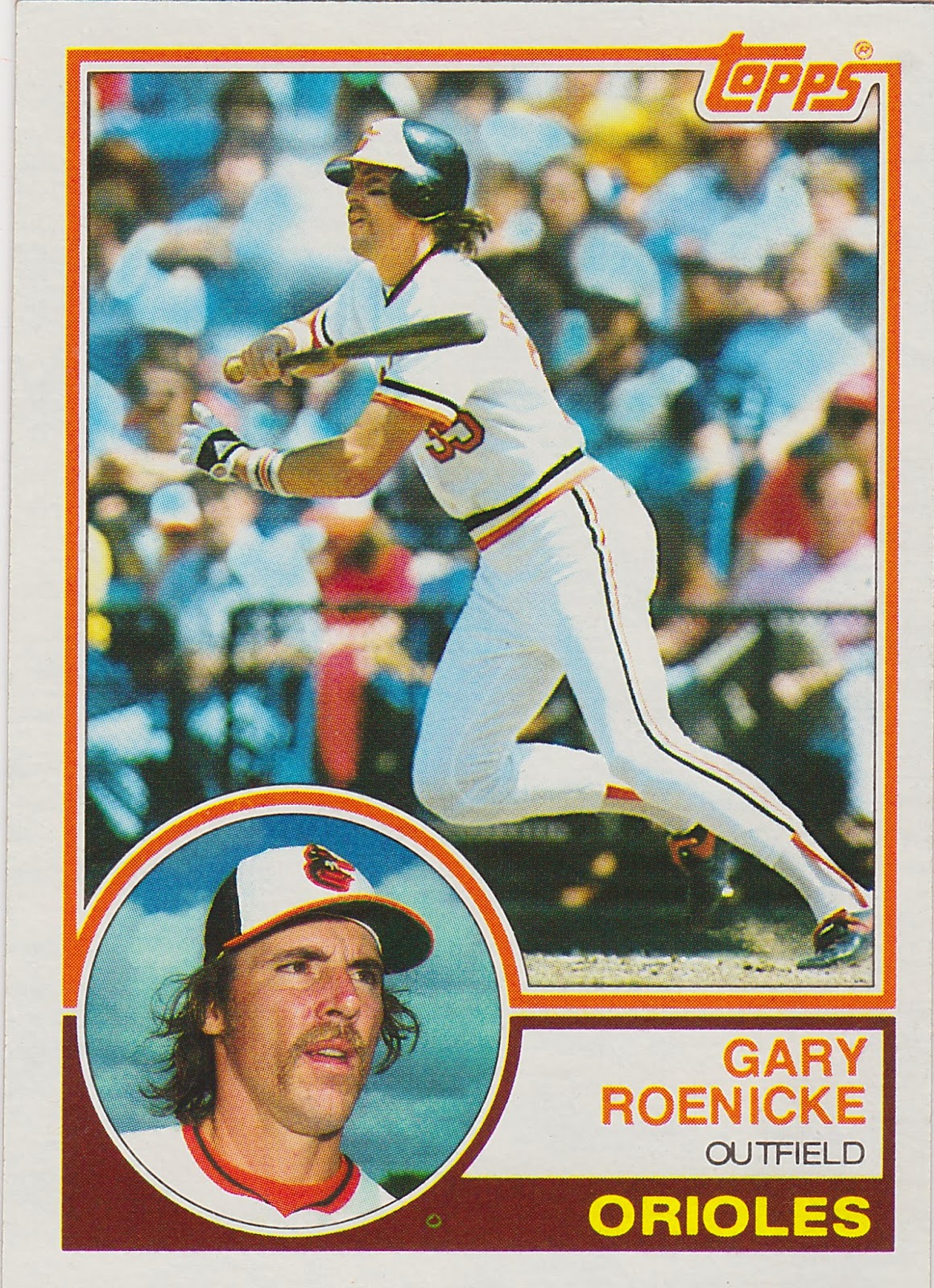 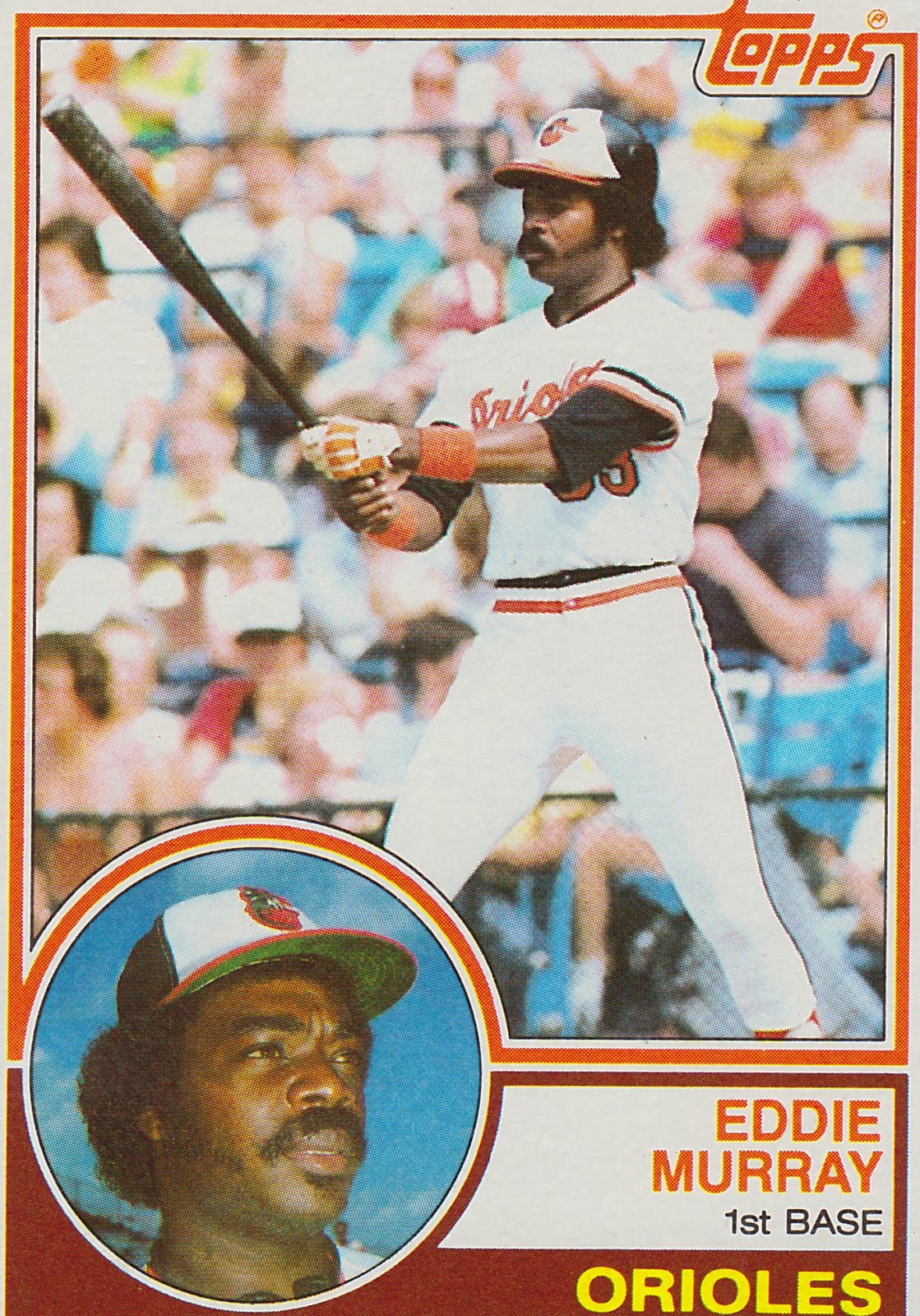 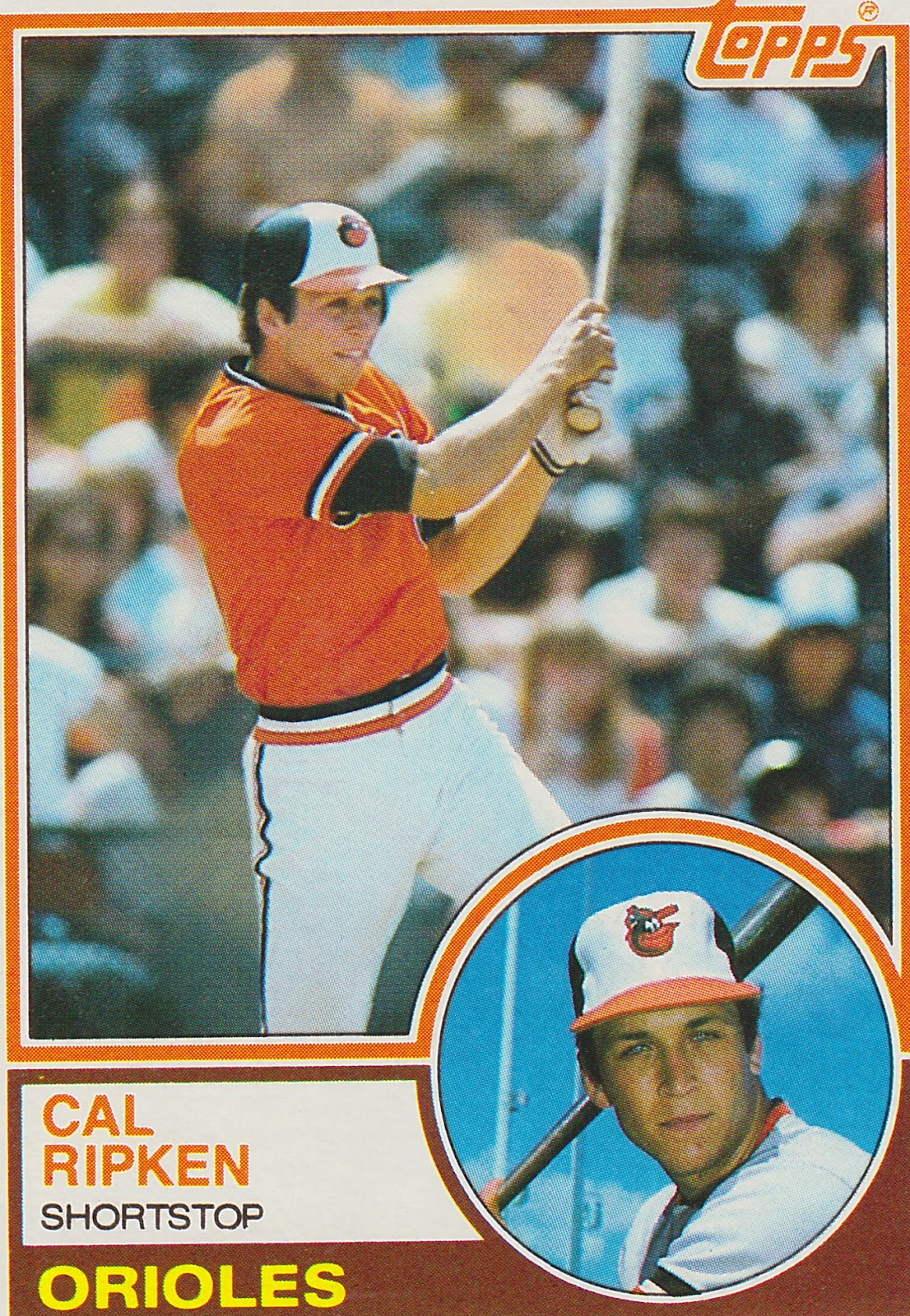 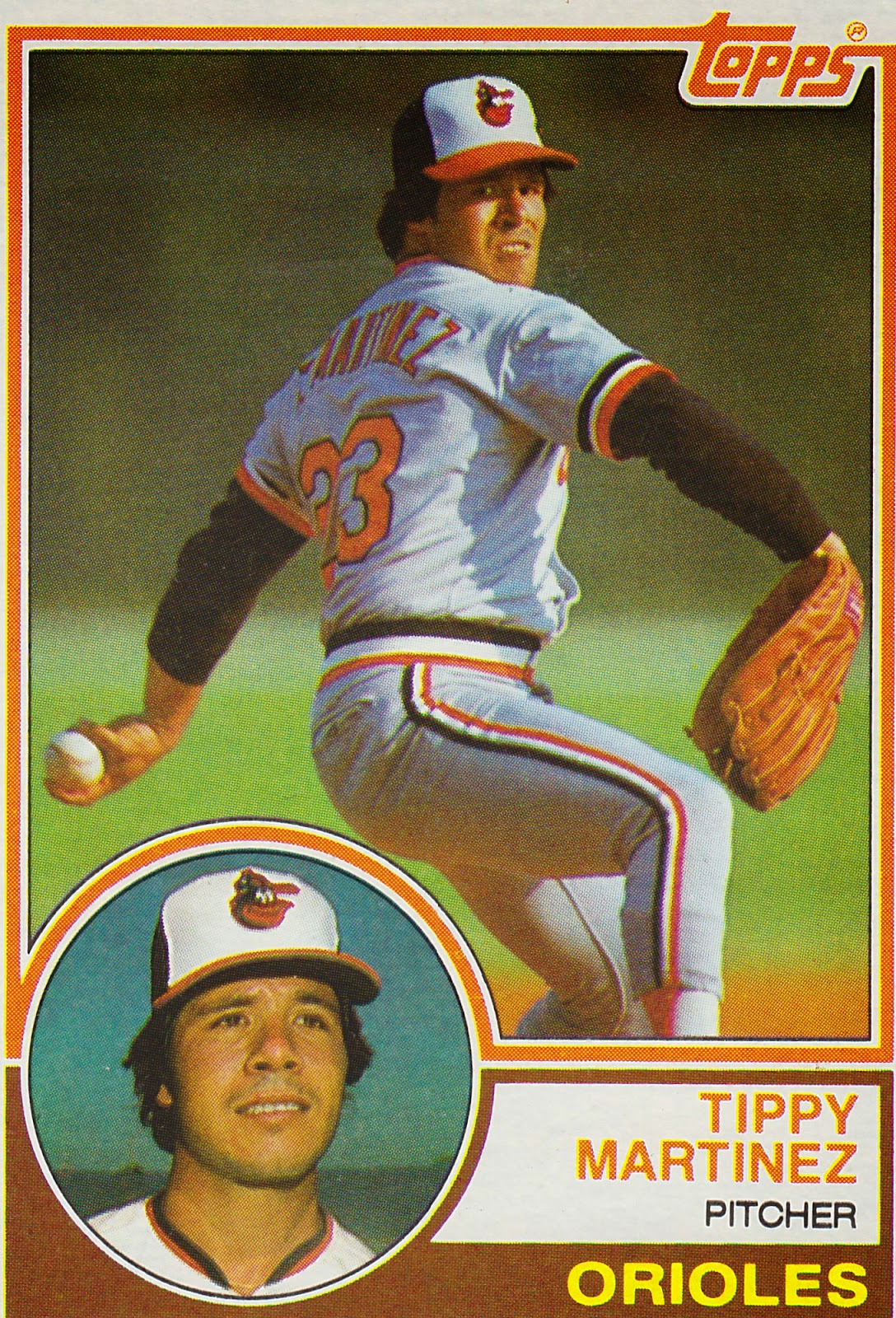