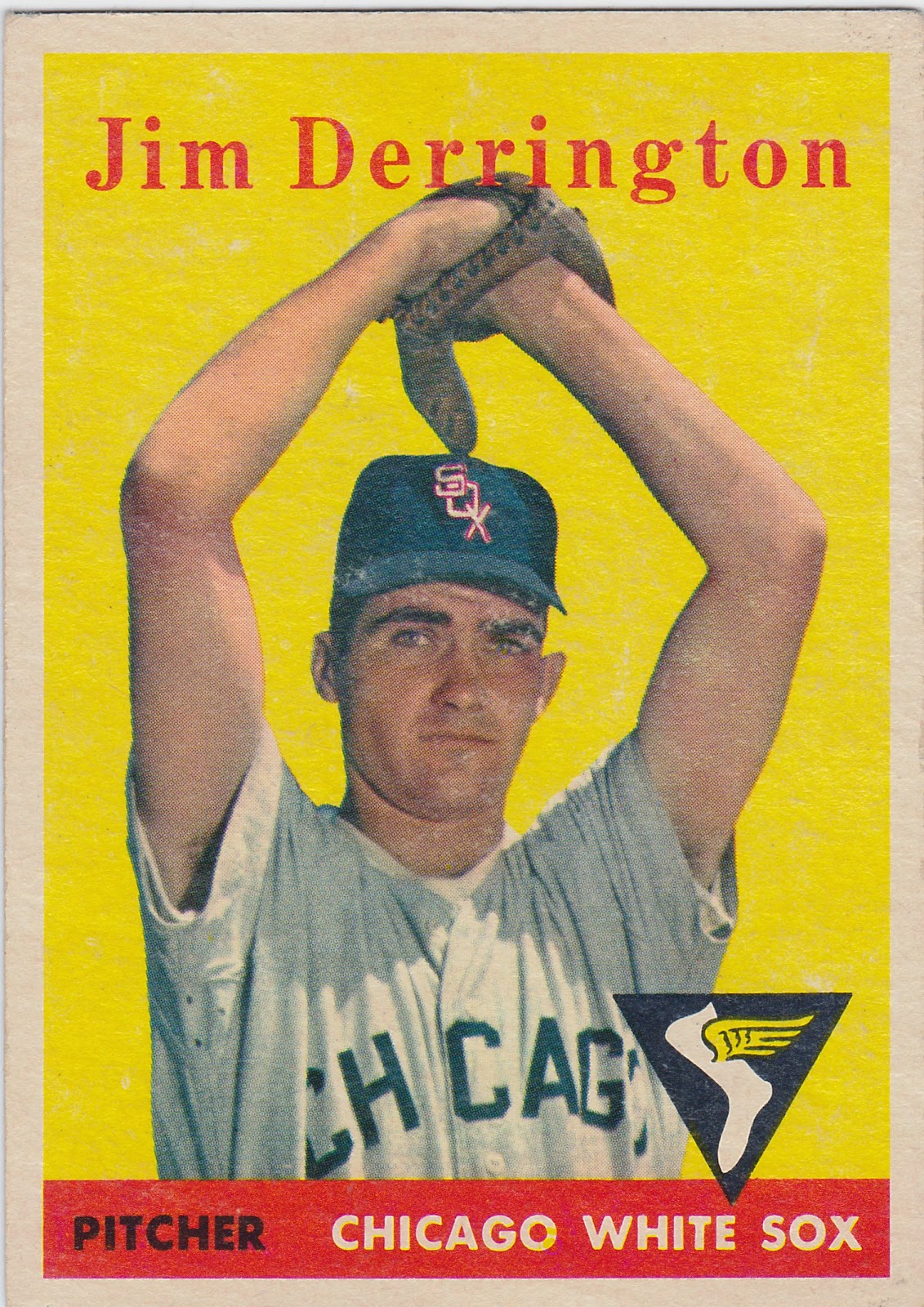 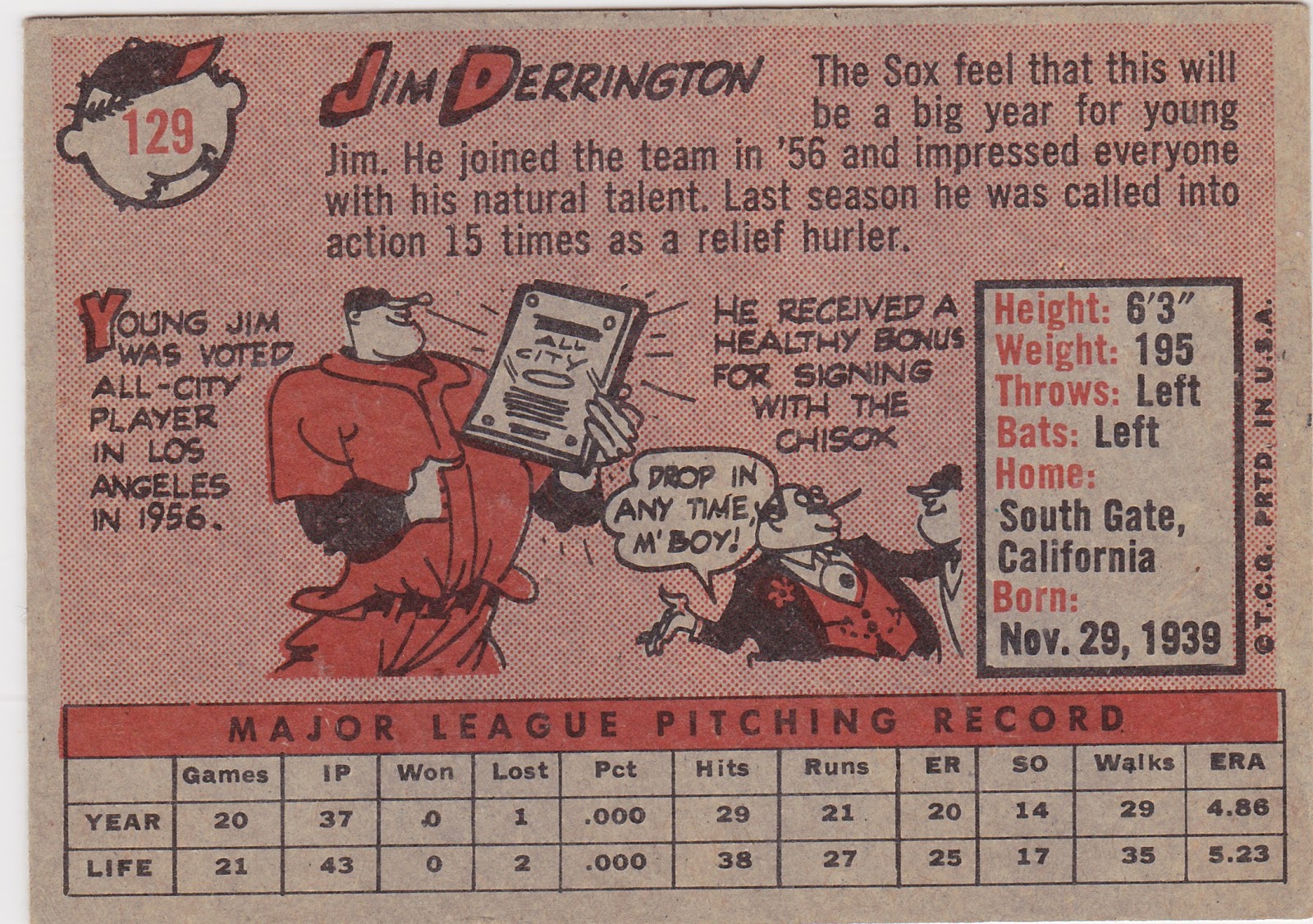 Why post a random '58 Topps? Well it's not so random. I read a blurb about Jim Derrington recently and found it to be an interesting story. It sent me to eBay where I found this dirt cheap Derrington card.

Most people know that Joe Nuxhall is the youngest player to ever appear in an MLB game. He entered a game as a reliever at the age of 15 in 1944.

But Derrington, on September 30, the last day of the 1956 season, took the mound for the White Sox and became the youngest pitcher to start a game in the big leagues. He lost to the Athletics in Philly giving up 9 hits and walking six in six innings. On the plus side he got a single and became the youngest AL player to hit safely in a game. He still holds these records. He spent the '57 season with the Sox (as a result of rules that required 'bonus babies' to be on the MLB roster) and held his own allowing fewer hits than innings pitched but still being plagued by wildness.

To make the story even more interesting Derrington made his last appearance in the majors almost one year to the day from his debut. On September 29 of 1957 he pitched a couple of relief innings four days after his final start of the season. He suffered arm problems after that and never made it back to the bigs. He had lost his blazing fastball and tried both playing as a firstbaseman and pitching as a 'junkballer' in the minors. Neither plan worked out and at 22 his pro career was over.

He went into coaching and then the business world after that and continues to live in California. The Los Angeles Times ran a story on Derrington 23 years ago. It's a fun read.

One final thought: Take a look at that card. The photo was likely taken in 1957. Jim 'Blackie' Derrington is the oldest 18 year old dude you'll ever see.
Posted by Commishbob at 2:18 PM