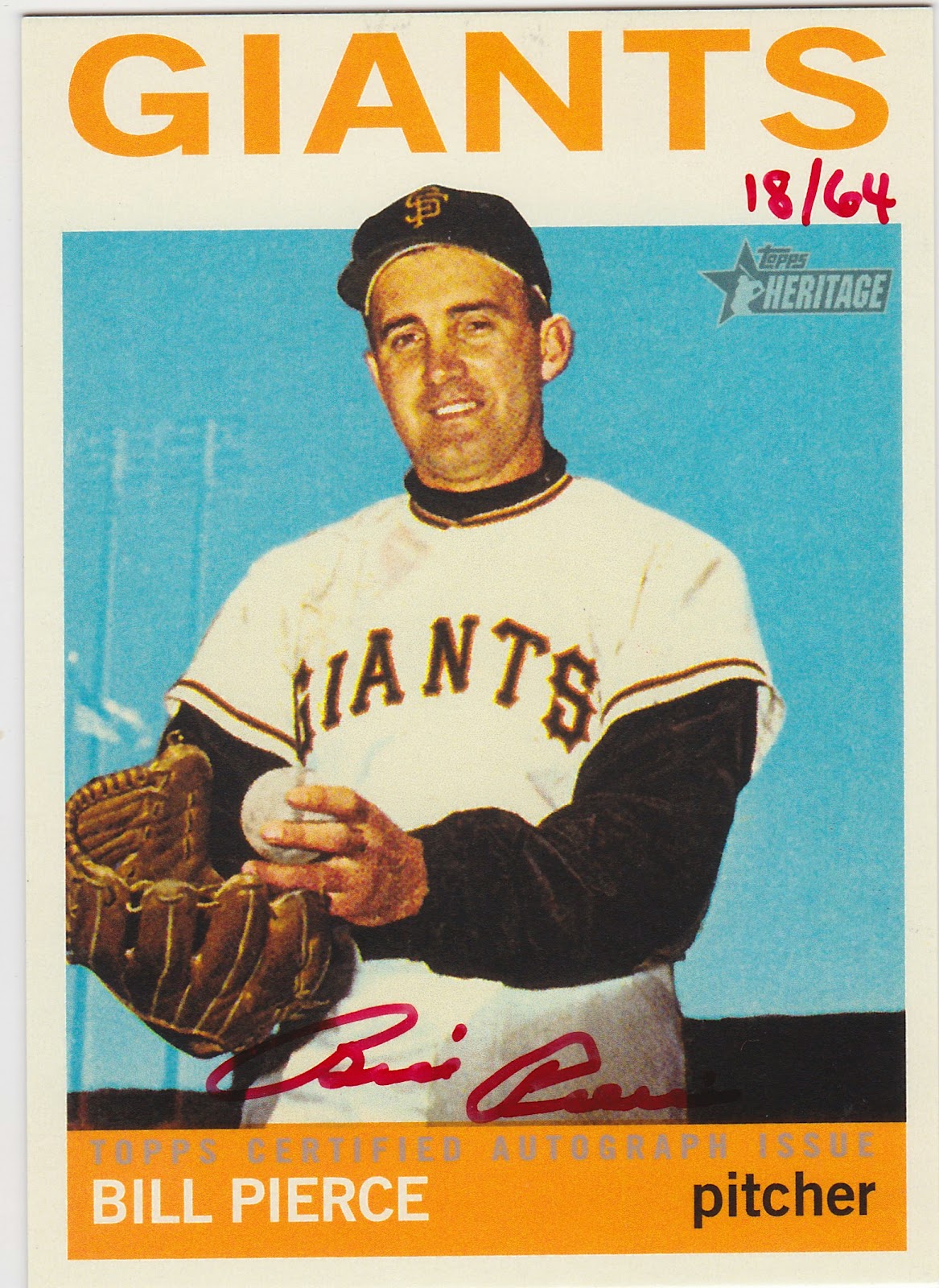 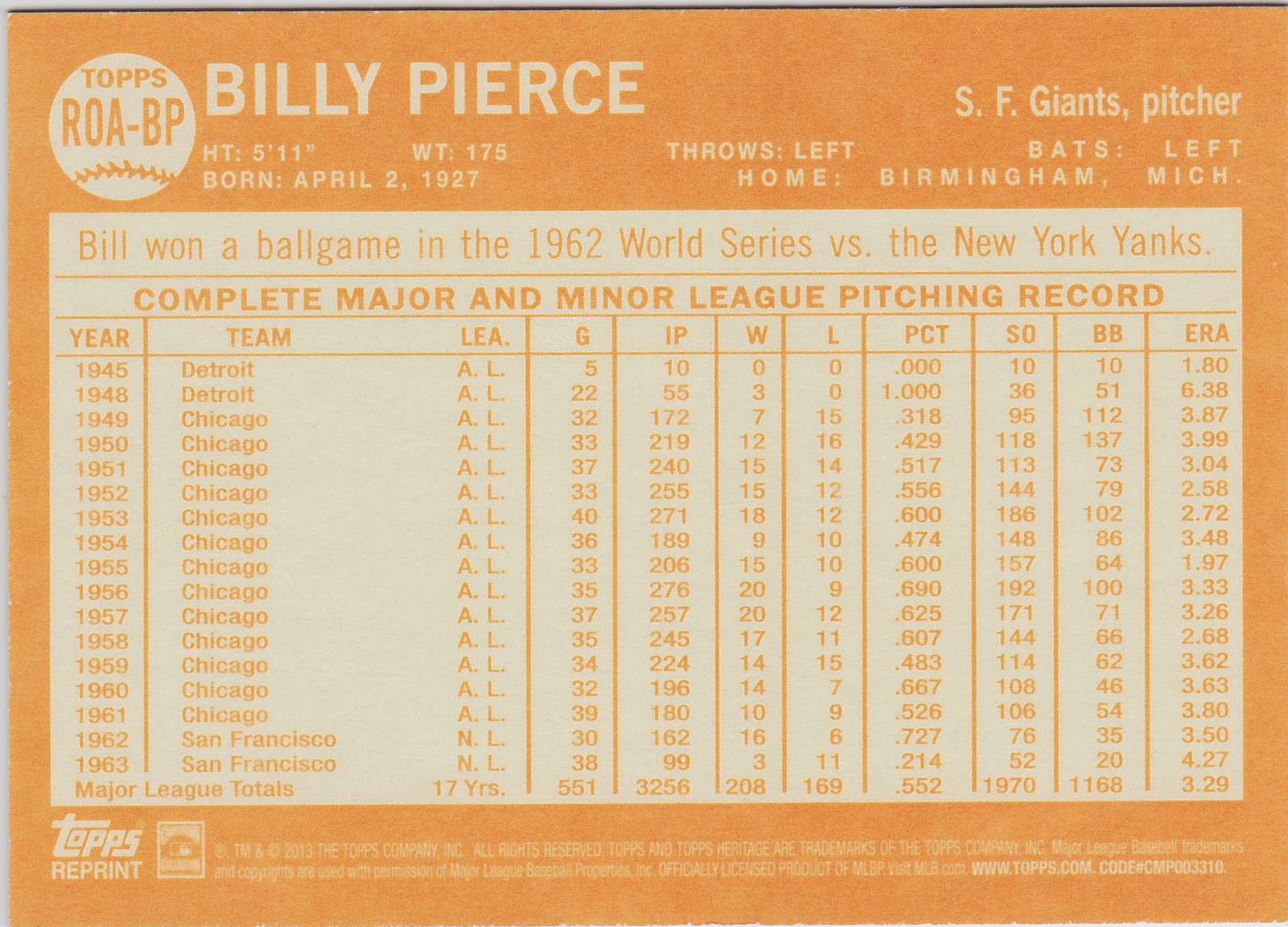 As my 'mainstream' Billy Pierce collecting grinds to a halt (I'm down to some very expensive/elusive white whales) I've concentrated on adding some of the reprint/Heritage/Lineage cards that Topps has cranked out in recent years. Those plus some TCMA's that I posted last week.

The problem is I don't really know what I'm chasing after. All the 'letter-numbered' (ROA-BP???) autographed Black Diamond Canary chrome foolishness is too much for me to decipher. My original Pierce checklist had two Heritage cards on it but that has expanded as I find listing for others. But the question for me remains "Are these the same cards just being listed differently?". With some like the various '52 reprint variations Topps has done it's hard to tell.

But these two were easier to define. The numbered Heritage up top is a re-issue of one of my favorite Pierce regular cards, his '64 Topps. For that reason I didn't mind spending a bit of cash on it. The card came from COMC and I had first spotted it months ago with a price tag that I thought was too high. At least it was higher than I was willing to pay. The card didn't sell and eventually the cost came down.

I love the front design of the '64s. the backs not so much. That orange can be pretty hard to read.

The '62 reprint/re-issue below is at the opposite end of the spectrum. It's a mundane photo of a capless Pierce on the '62 design. Although the '62 set has grown on me through the years it's remains one of my least favorite Topps designs of the 50s/60s. But a Pierce is a Pierce and the price was right so here it is. 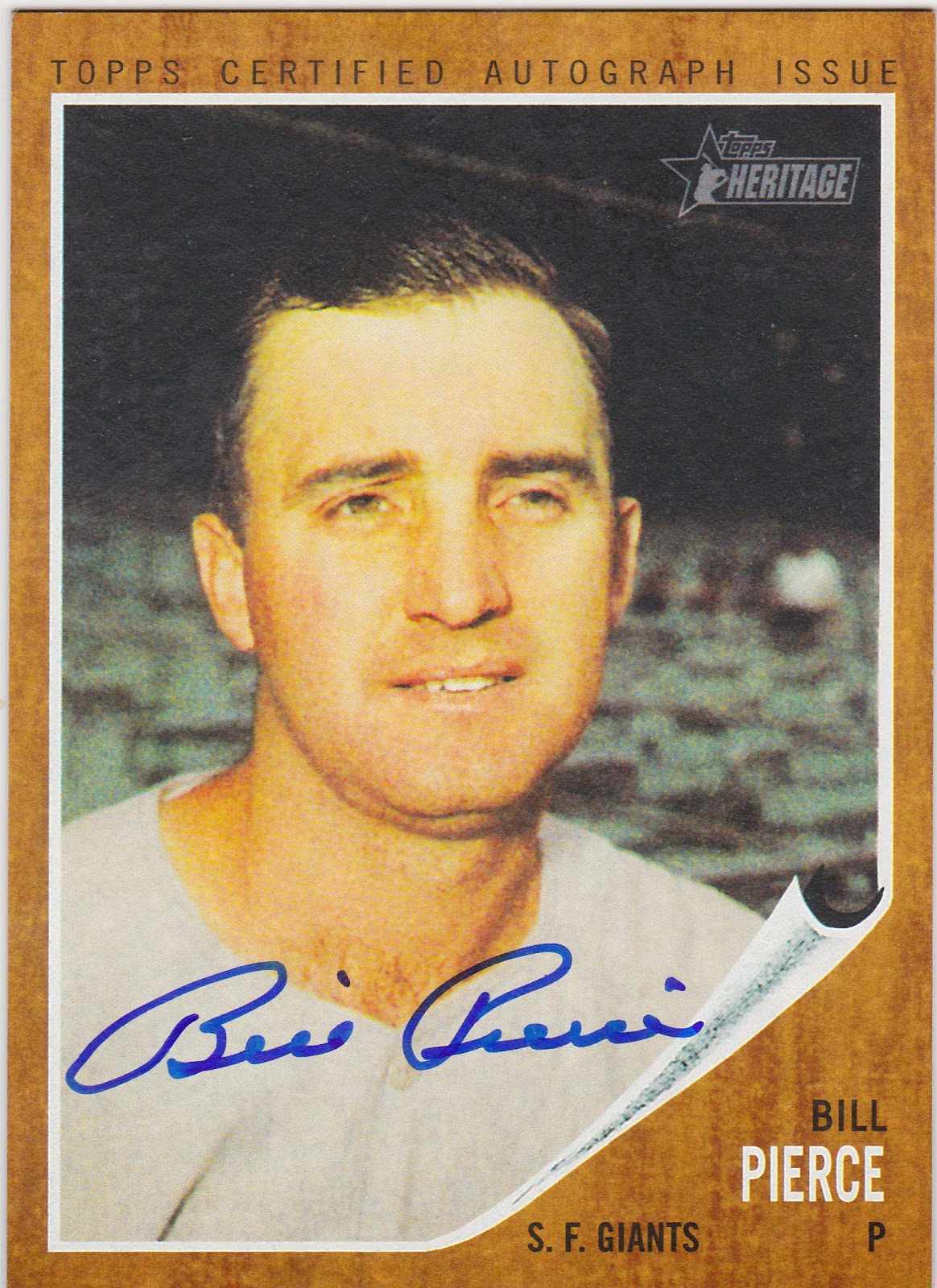 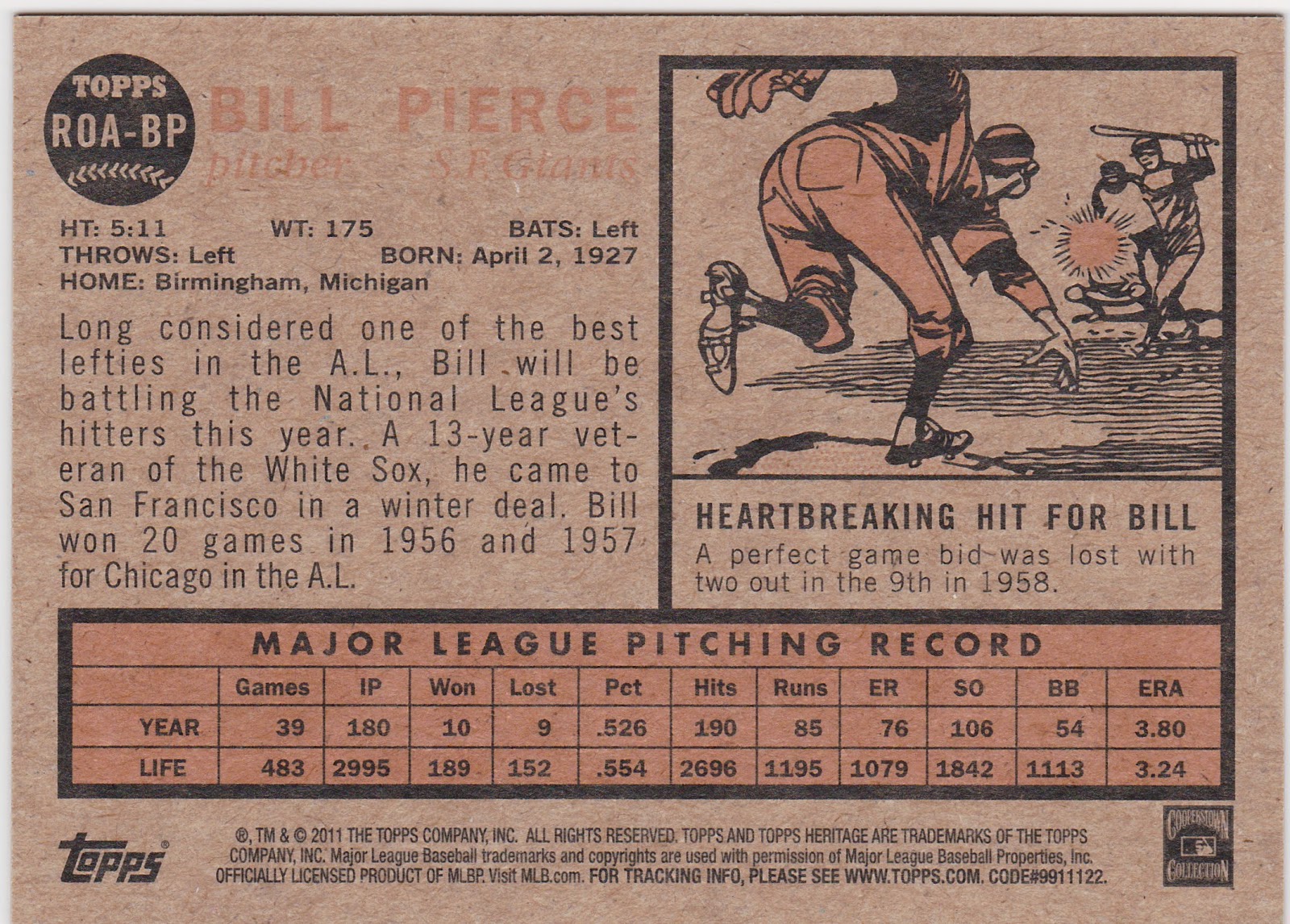 I think even these reprints have some variations, different color ink used in the signatures. I don't intend to give a damn anytime soon. I have a nice white whale that arrived recently and it'll go up soon. Prepare to be jealous Jedi Jeff! ;-)
Posted by Commishbob at 5:30 AM