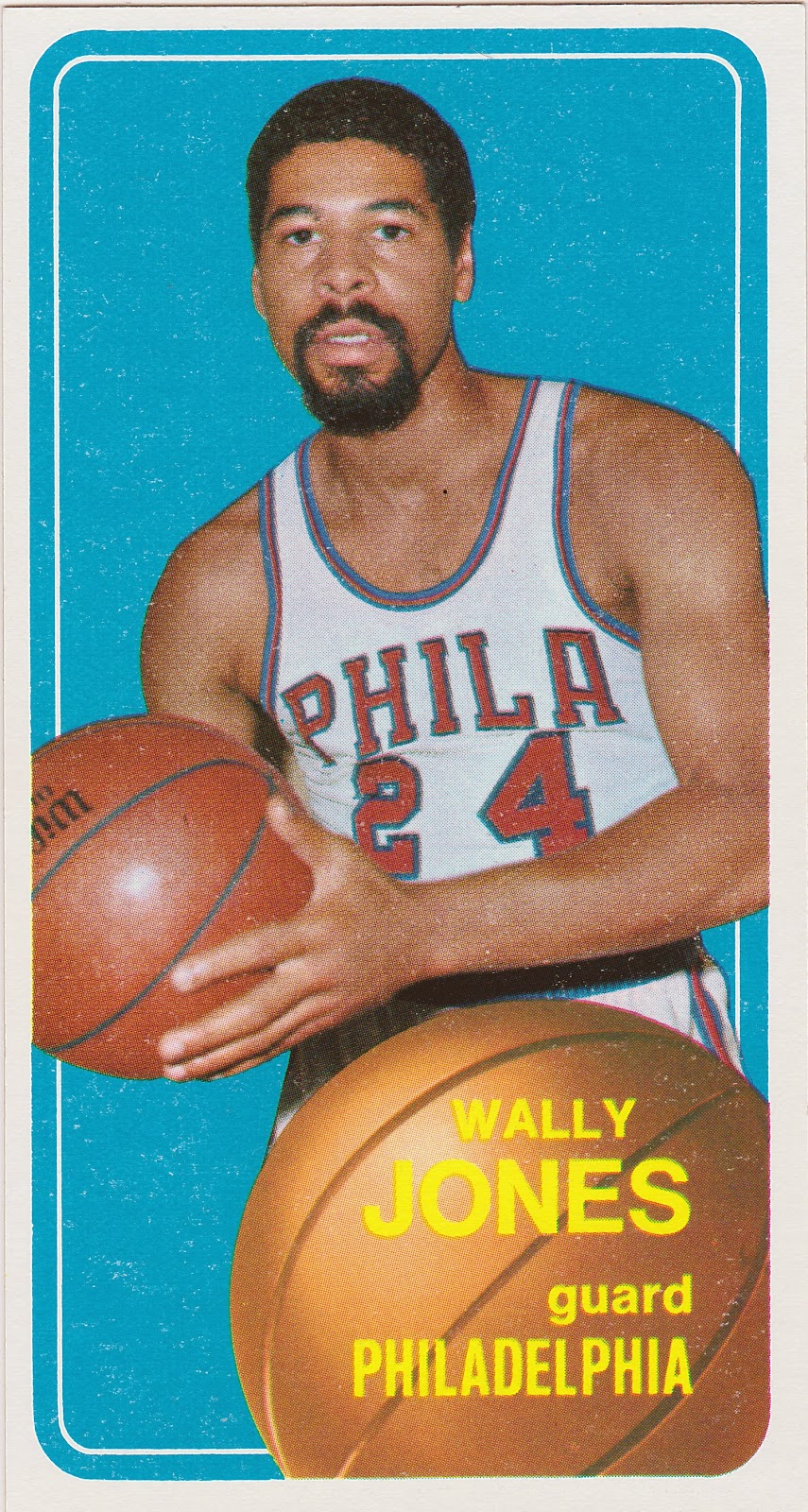 Slowly but surely I'm building this '70 Topps set. It's an odd set as I've shown in the past. These three cards are pretty normal but the next group I am going to show is dominated by a couple of weird cards for sure.

Wally Jones became 'Wali' Jones a bit later in his career. It was a time when quite a few African-American athletes were changing their names. But going from 'Bobby Moore' to 'Ahmad Rashad' is one thing. Changing your first name from Wally to Wali, well, I'm not sure about the point of that. 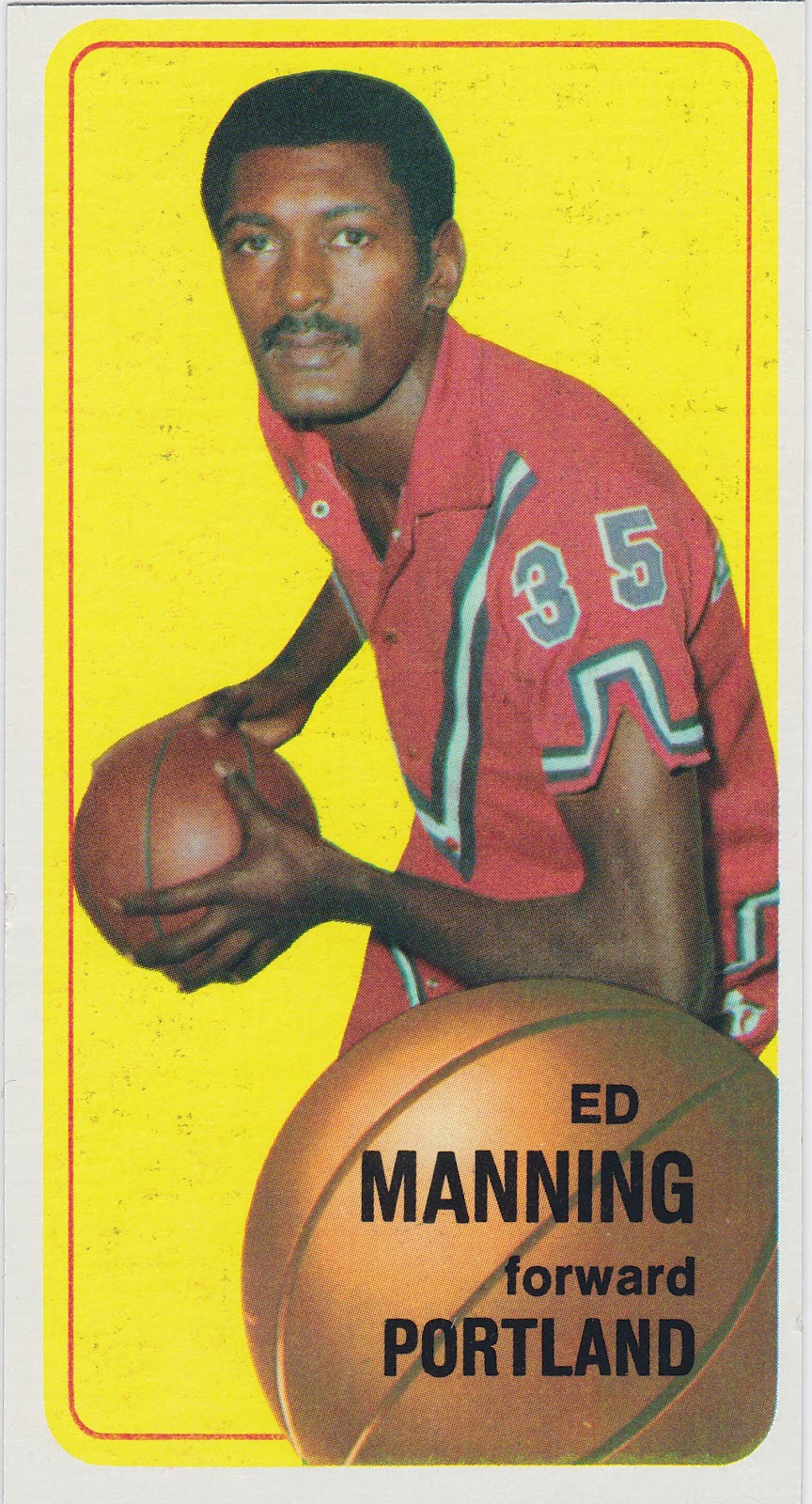 Ed Manning looks like his head was P-shopped onto someone else's body. 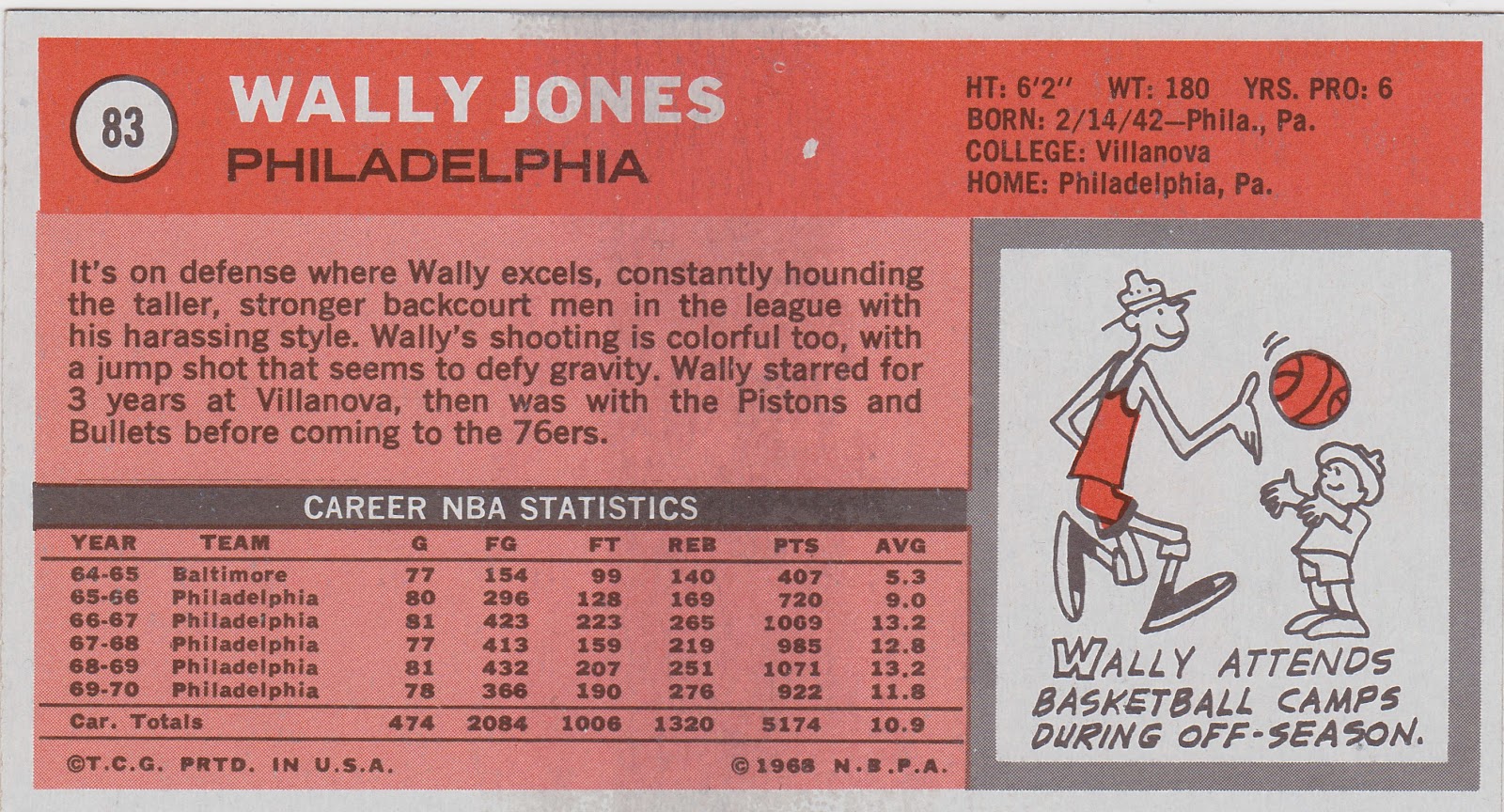 The backs of these cards are actually pretty nice. Stats, vitals, a bio blurb and a cartoon....what more could you ask for?

There is a championship series subset and here is the Game 7 entry. This is the famous 'Willis Reed Limping Onto The Madison Square Garden Court' game. 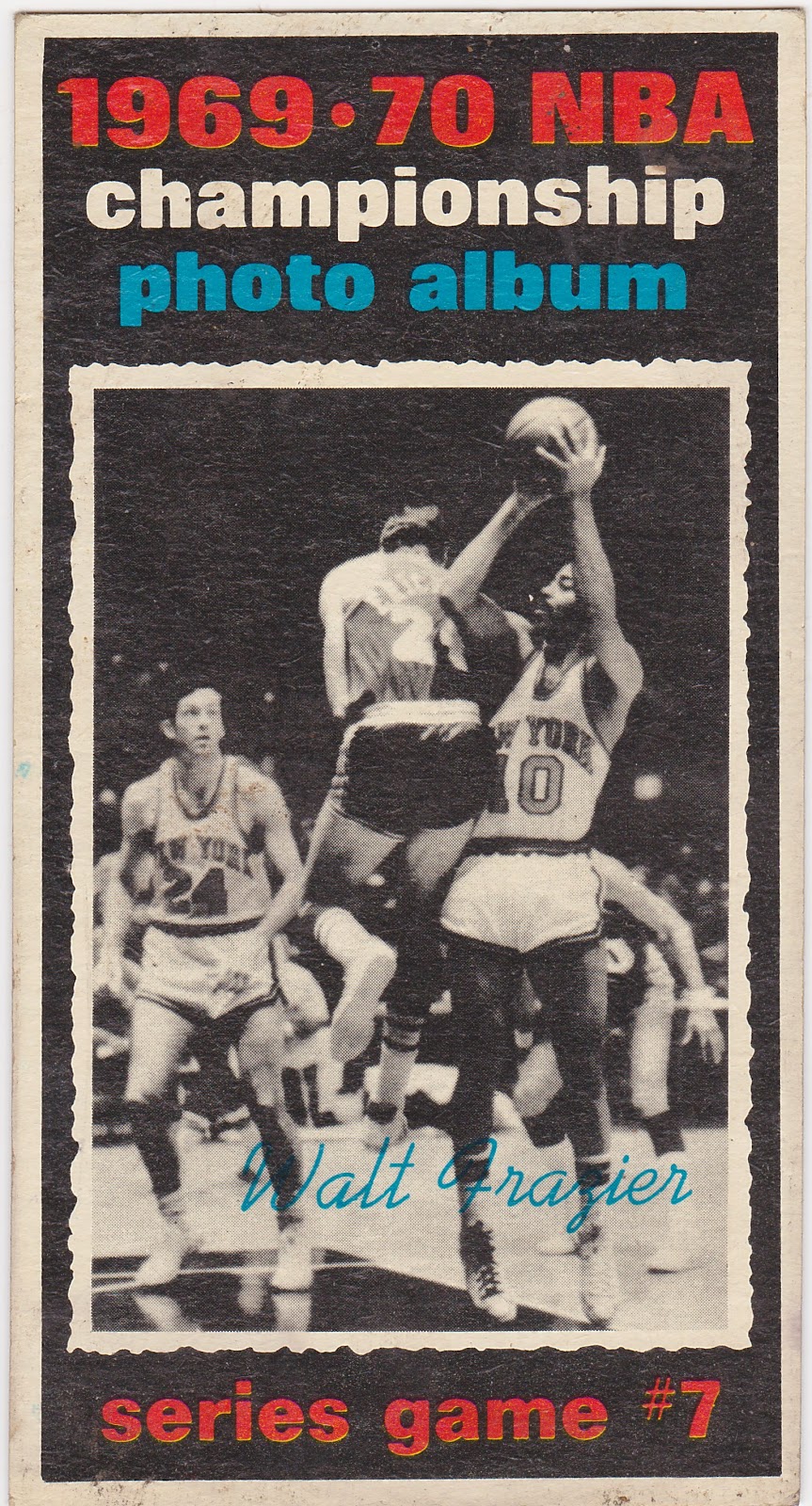 If you don't know that story check out this three minute SportsCentury piece: 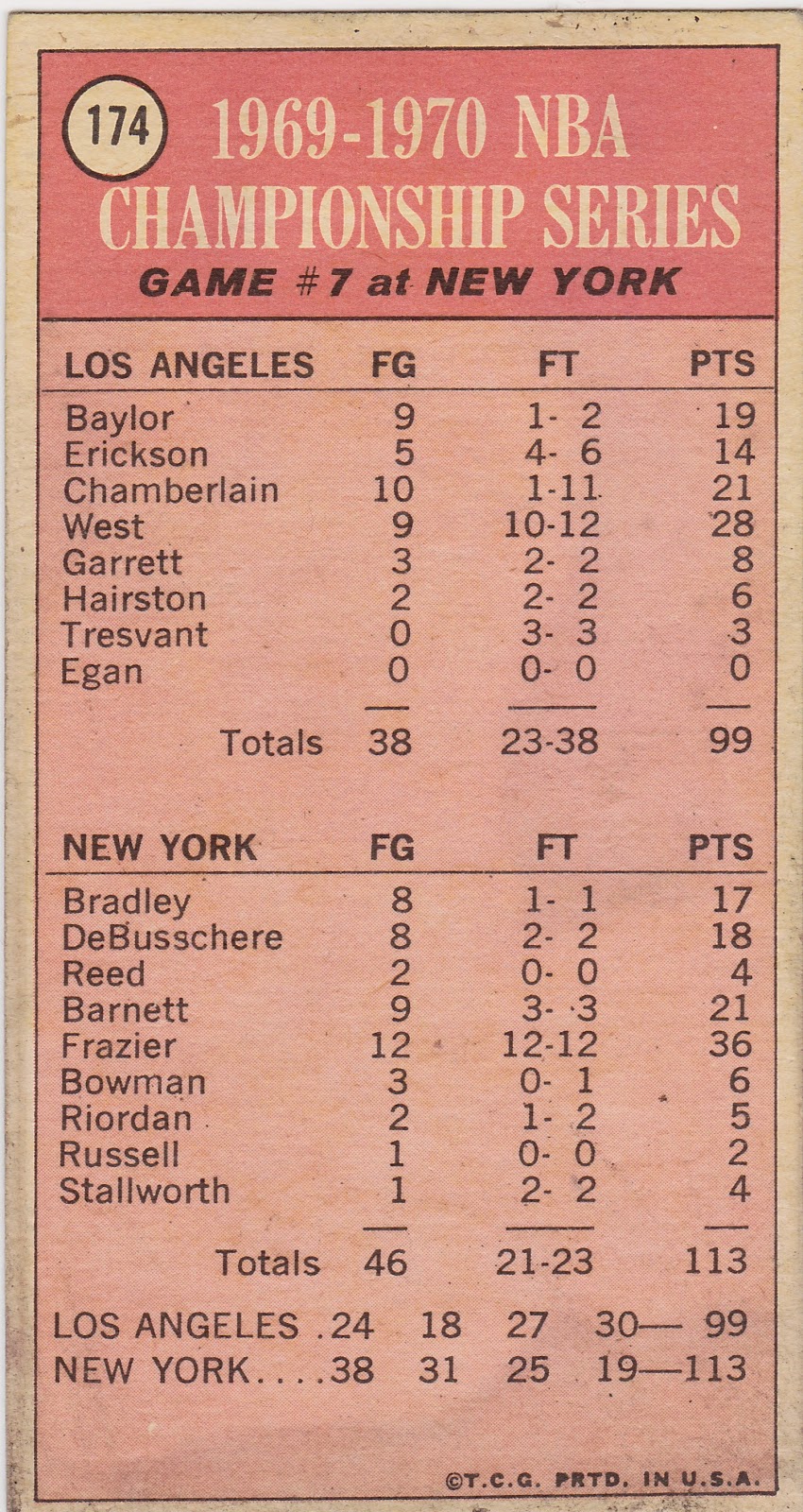 Posted by Commishbob at 3:00 AM