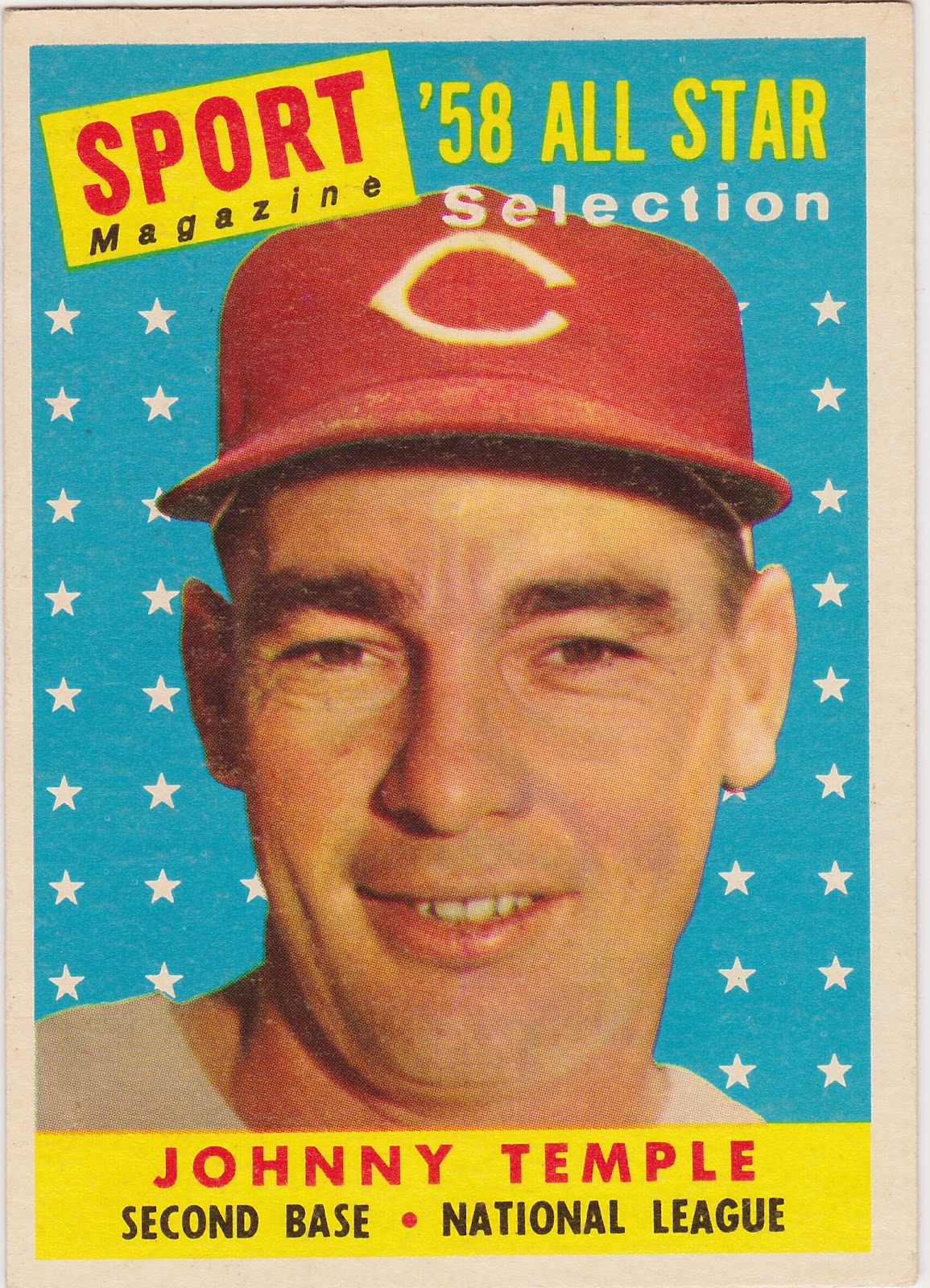 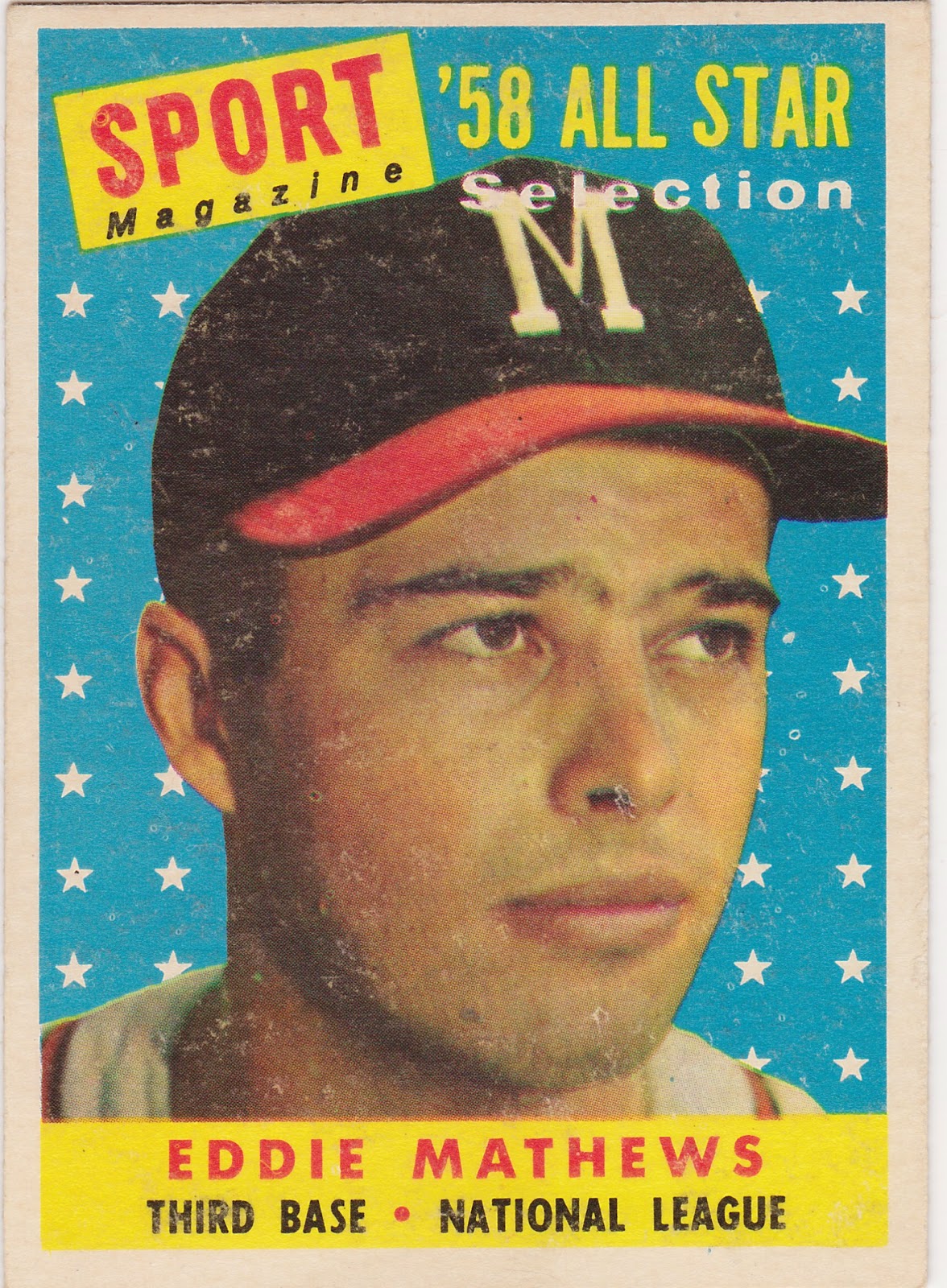 One of my collecting goals is to complete the 1958 Topps All Star subset. I'm not too far from it now. I just love this group of cards, much more than the base '58 set. I picked up the Mickey Mantle card a few years back so the last of the higher dollar cards of this group that I lack is the Willie Mays. But it's not outrageous so I'll nab one at my price one of these days.

Meanwhile here are my latest four additions. They came via a fair sized COMC purchase recently. Maybe the reason I like these so much is the stat laden back of each. It gives the players 1957 numbers versus each opposing team. That sort of thing used to keep my occupied for hours as a kid. Look at Eddie Mathews' stats against the Cubs. He crushed them for a .408 average on 31 hits. He killed the Dodgers, Pirates and Giants as well. 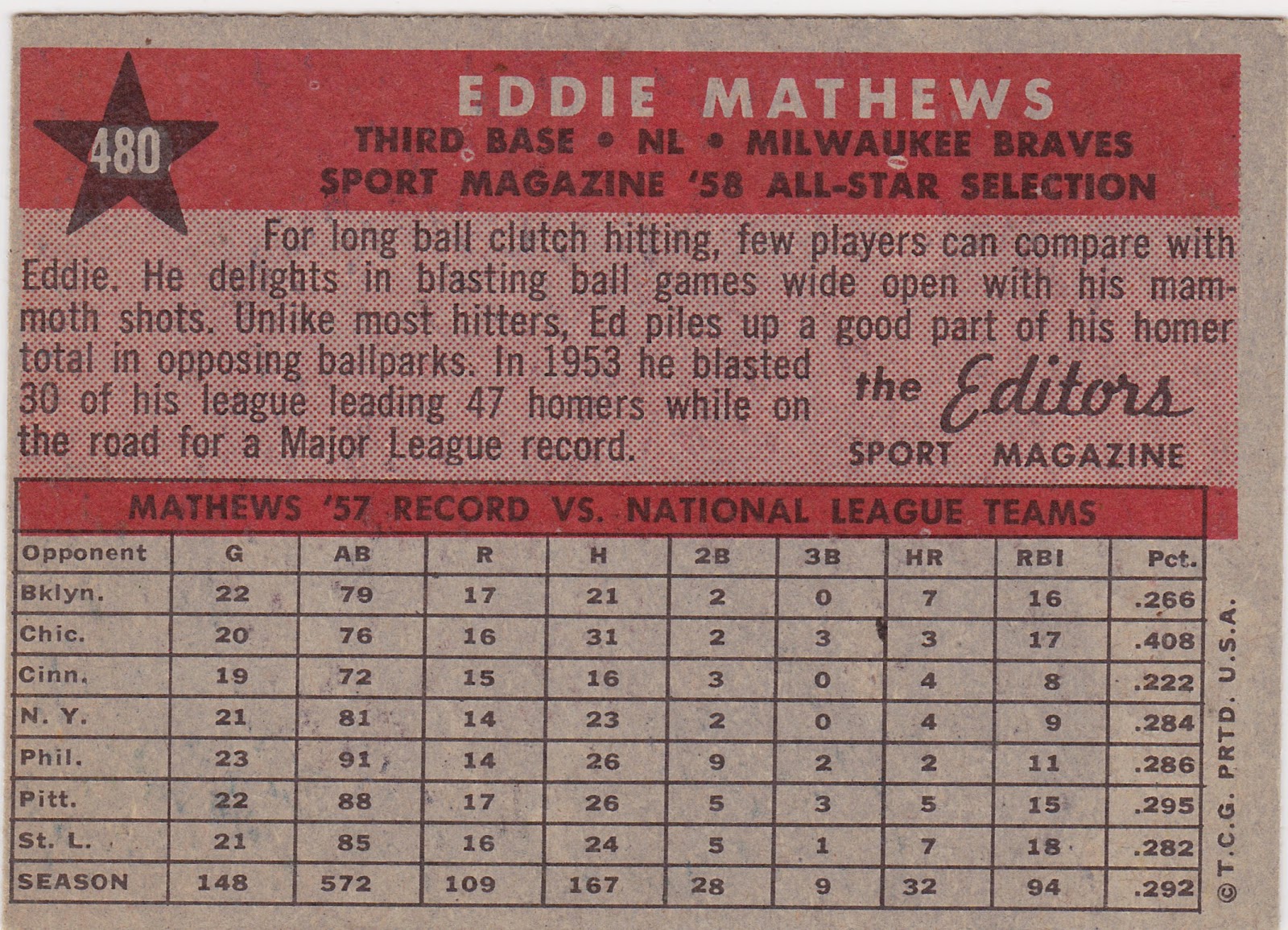 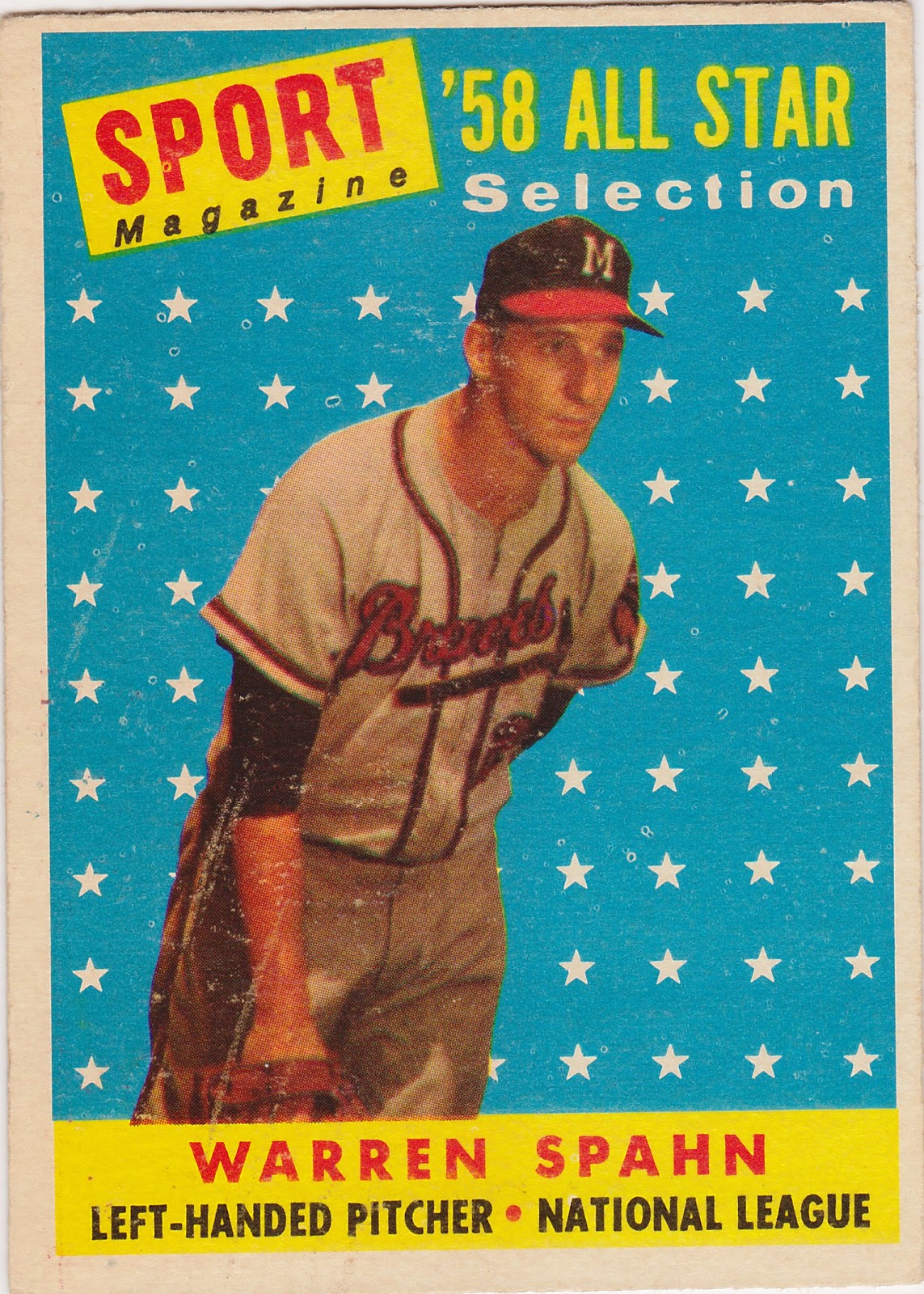 Spahn only pitched two thirds of an inning versus the Dodgers in 1957. Made me curious enough to check his Gamelog for that year. It doesn't look like he skipped any starts for avoid Brooklyn (Spahn wouldn't do that). Turns out he pitched that brief turn in relief and picked up a save versus the Bums. It was his third and final save of the '57 season. 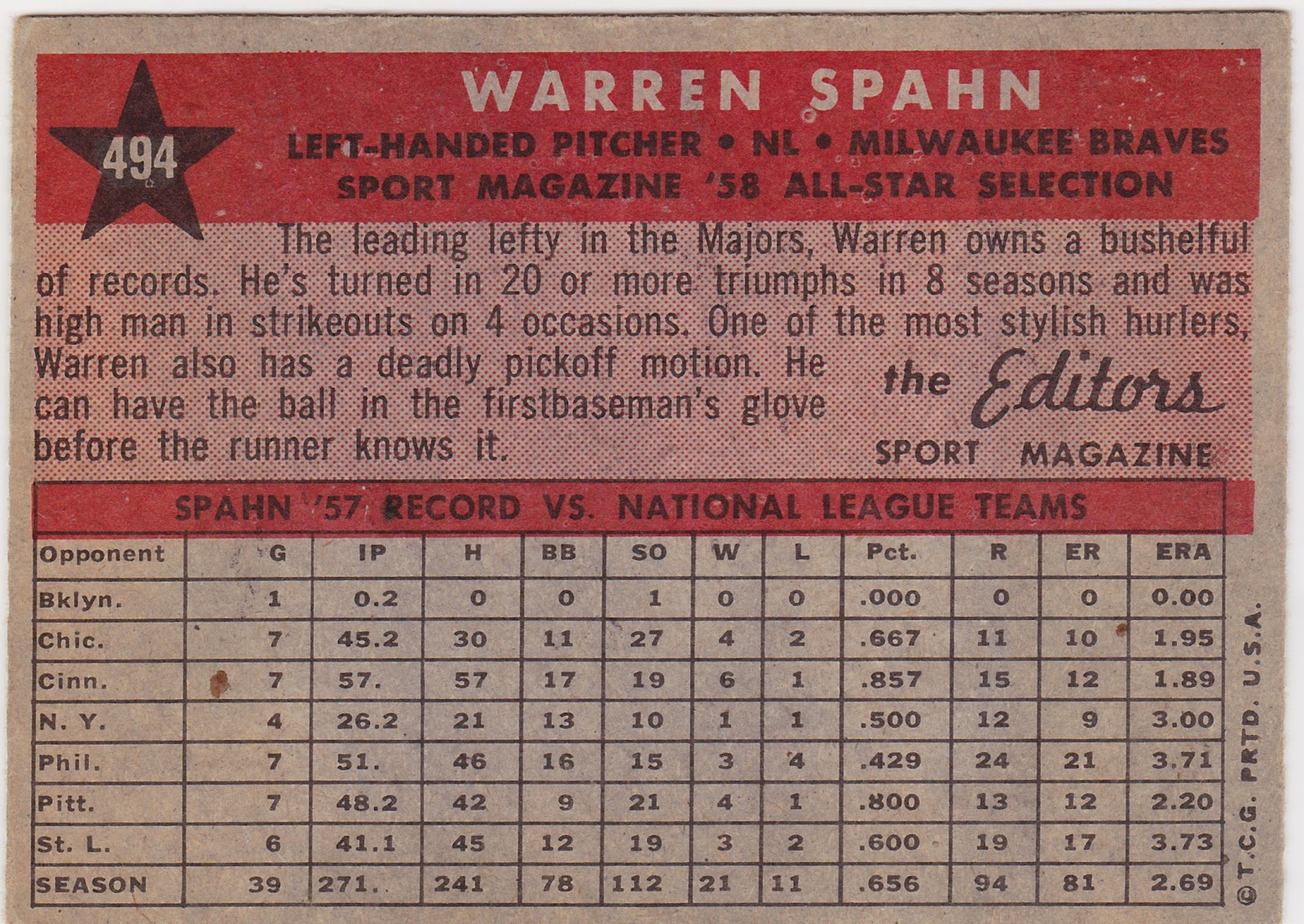 The All Star Managers card is surely a picture taken at the '57 World Series. 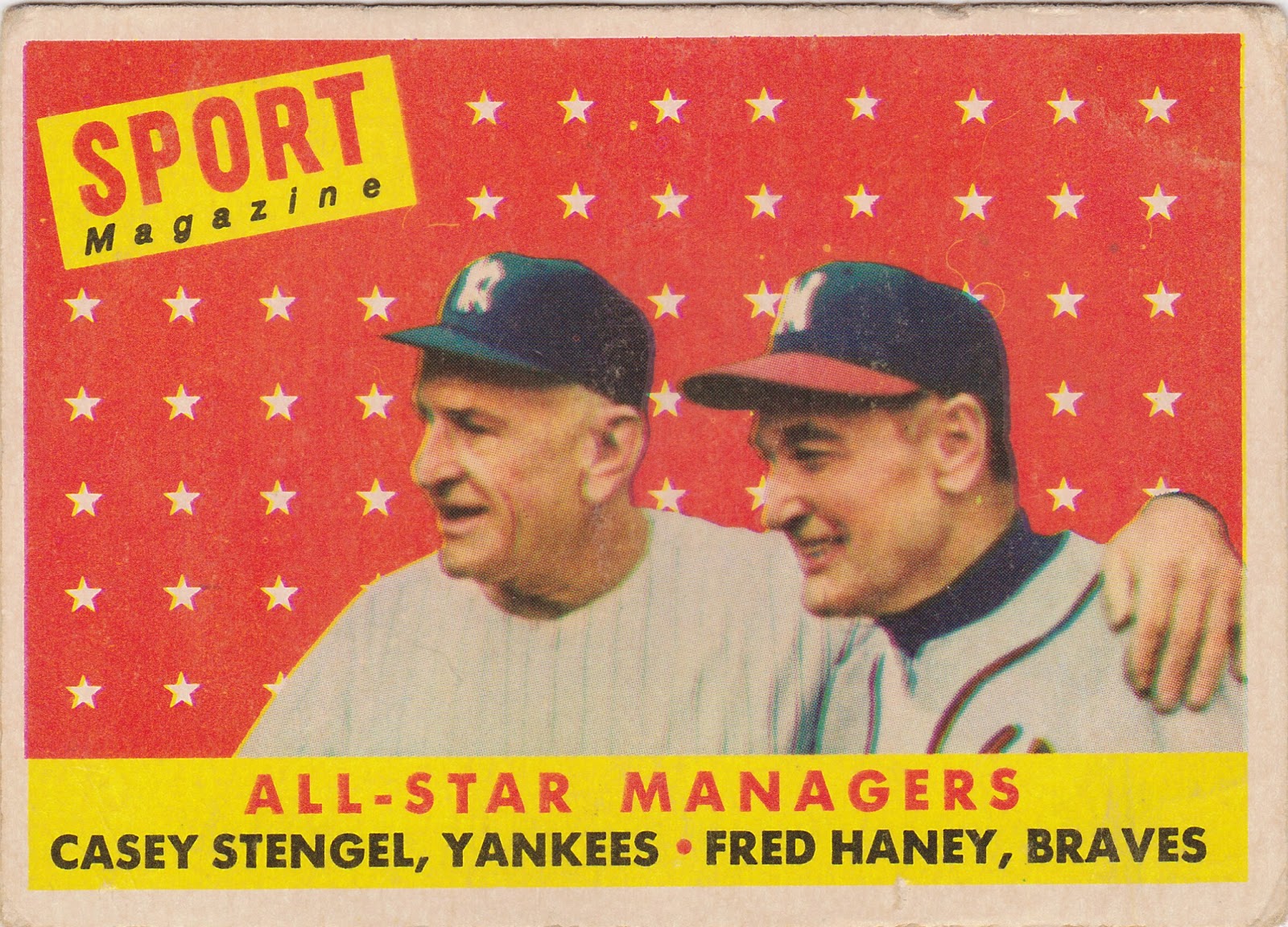 The back of the managers card is a checklist of the final thirty something base cards and the All Stars. 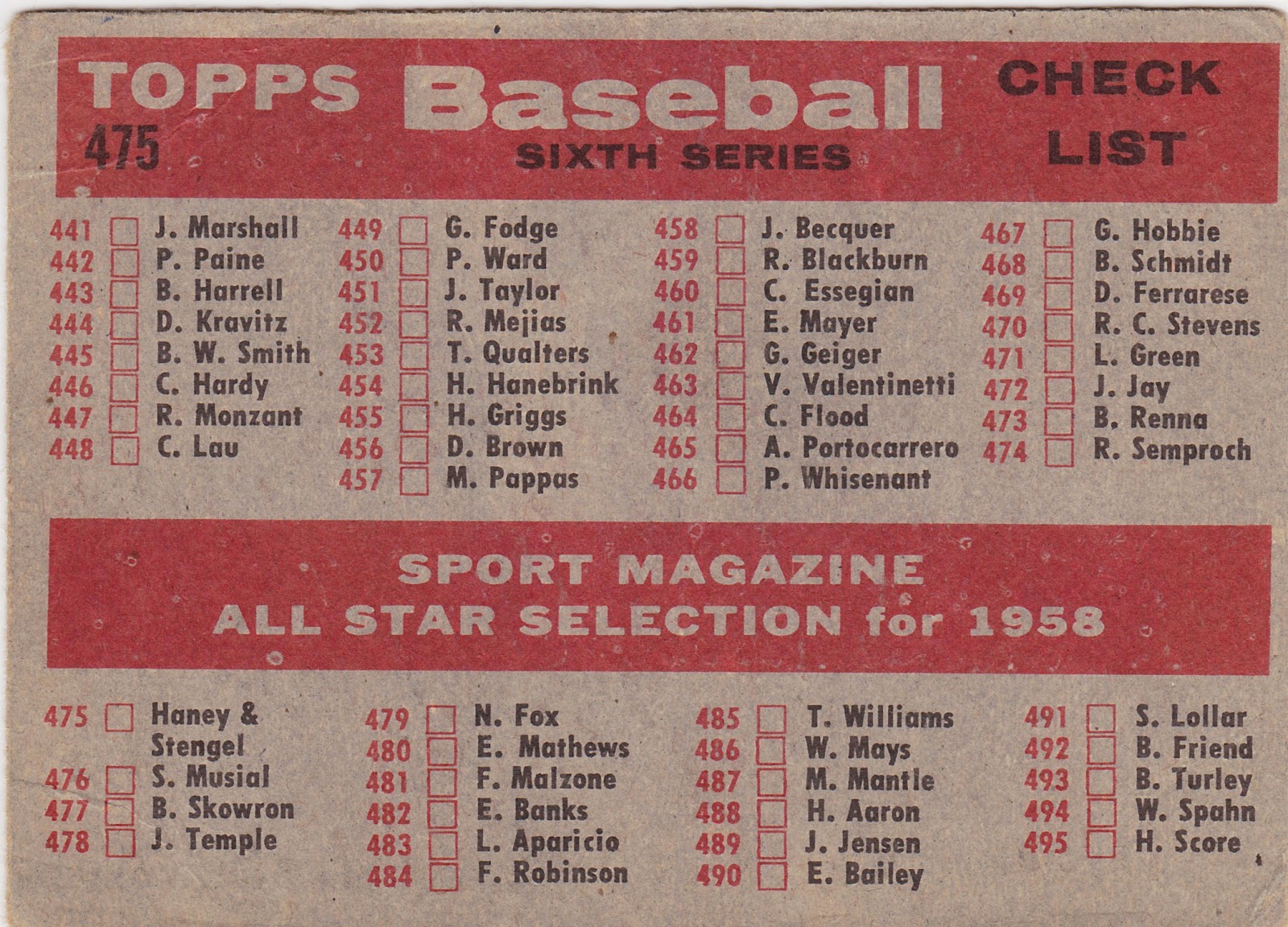 When I first discovered eBay in the late 90s the first things I went afetr were small lots of 1958 Topps commons. I had aspirations of putting the set together back then. I quickly decided that I had better things to do but out of that came this desire to finish off the All Stars. A year from now I'll be done.
Posted by Commishbob at 6:00 AM