Or at least I hope so. It was a rough weekend for the Orioles but I'm sure they will play hard and bounce back.

But hey, posting older Orioles stuff has been fun. Why stop now? So here are 12 cards from the 1955 Bowman Orioles team set. It's an interesting and often overlooked set. I've tended to pay it no mind because the Orioles team in the first few years was rather bland. Lots of castoffs filled roster spots and big names were nowhere to be seen. But let's give the set (and the Orioles included) a little love. 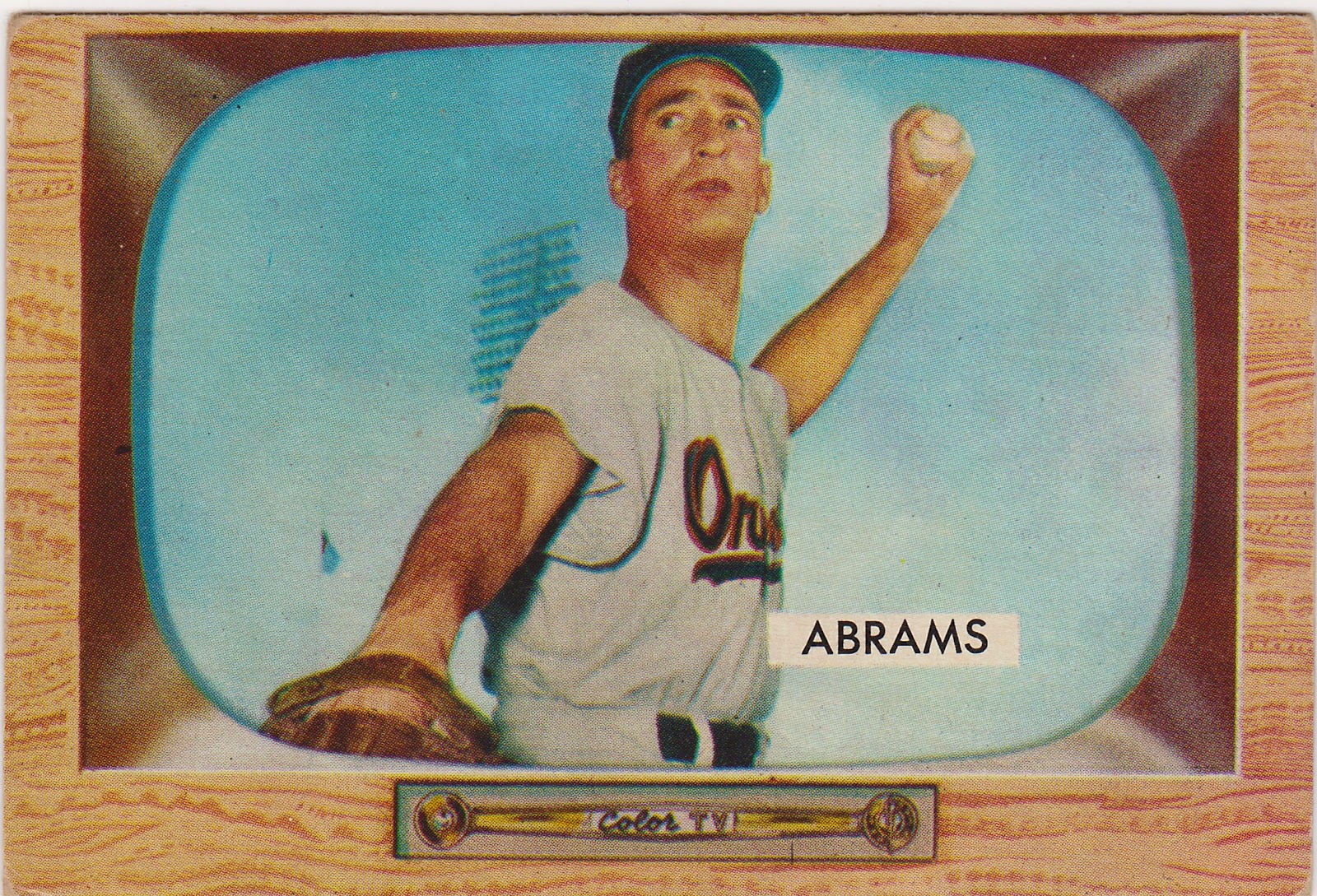 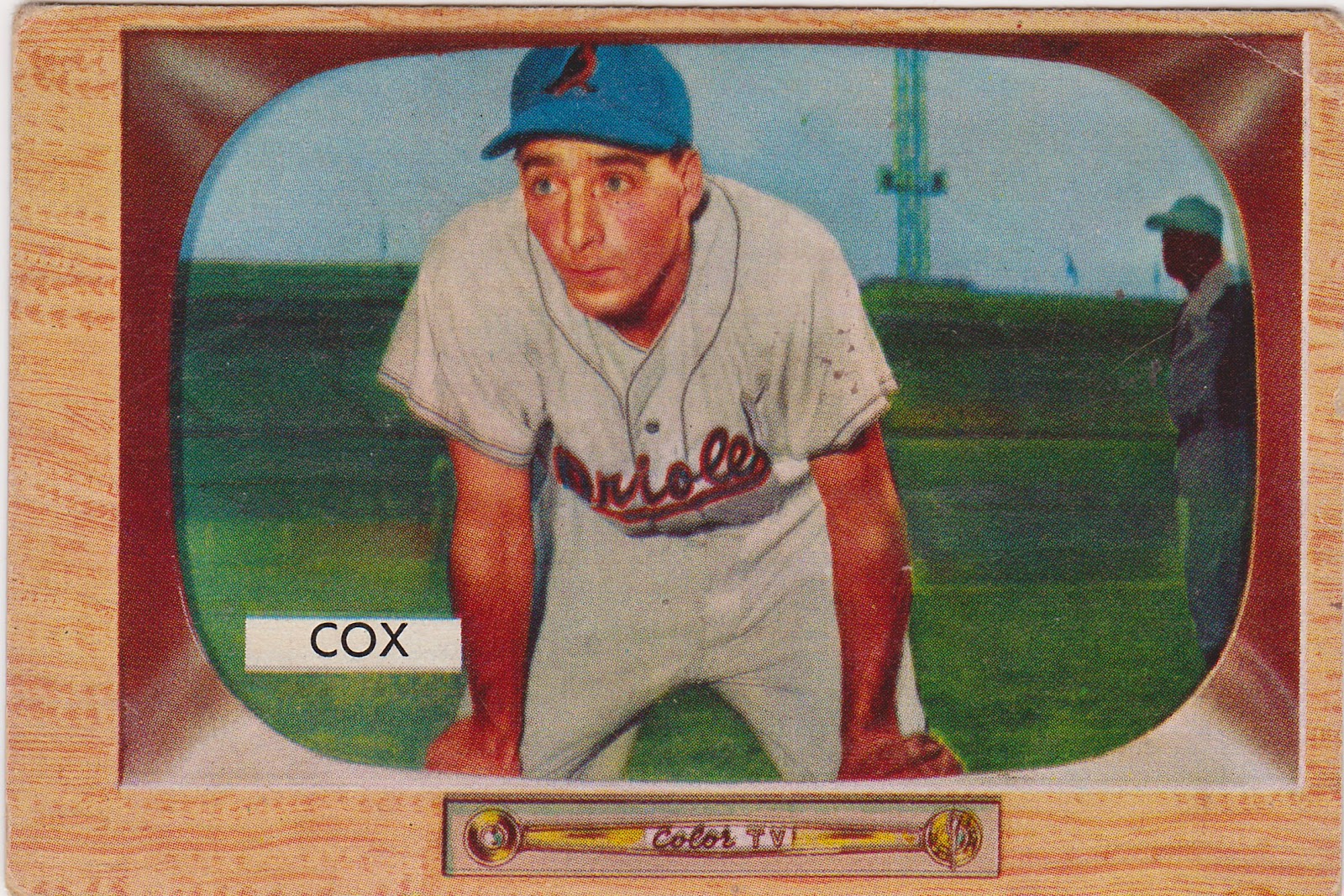 Billy Cox is another ex-Brooklyn Dodger who is in the set with the O's. 1955 was his only season in the AL and it was his last in the majors. He hit .211 while playing in 53 games at third base. 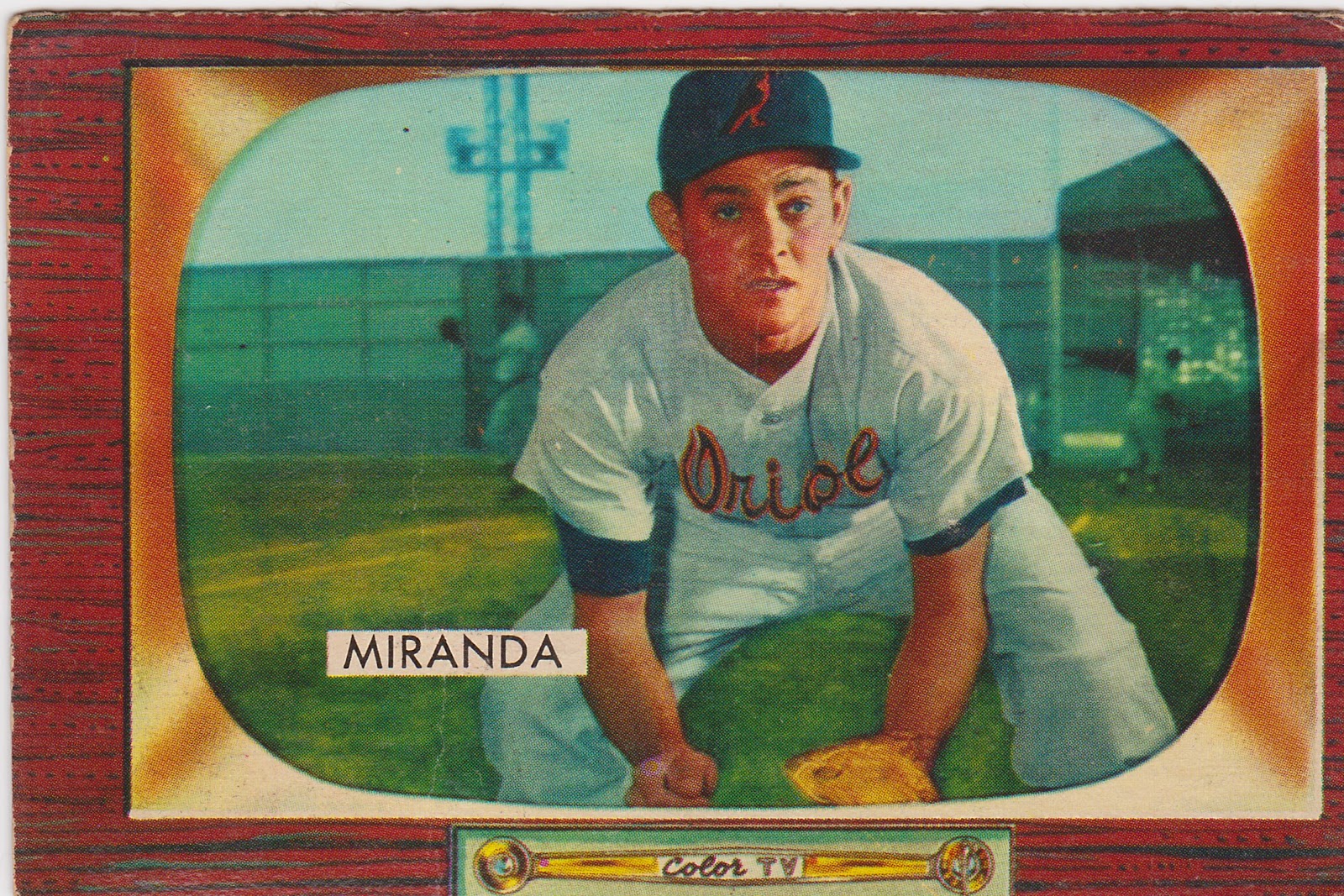 Willy Miranda had been a bit player for several clubs since 1951 but he stepped into the Orioles shortstop job in 1955 and held it for three seasons. He hit .255 in 1955 and that represents his best season. 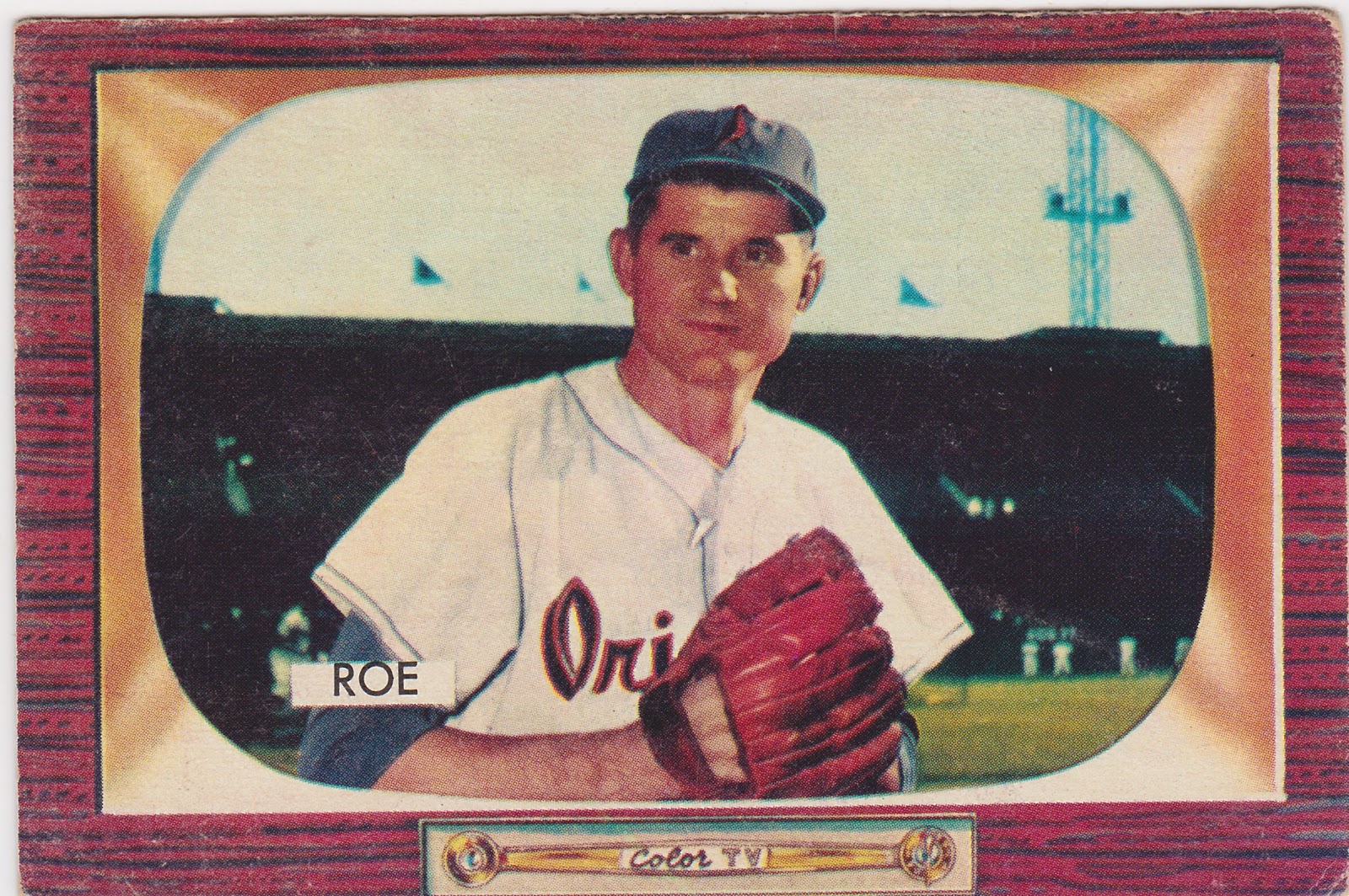 Preacher Roe came to the Orioles in the same December 1954 trade with the Dodgers that brought Billy Cox. But unlike Cox Roe never played in Baltimore. He retired to his home in Arkansas. He's a very interesting guy and his Baseball Reference Bullpen page is a good read. 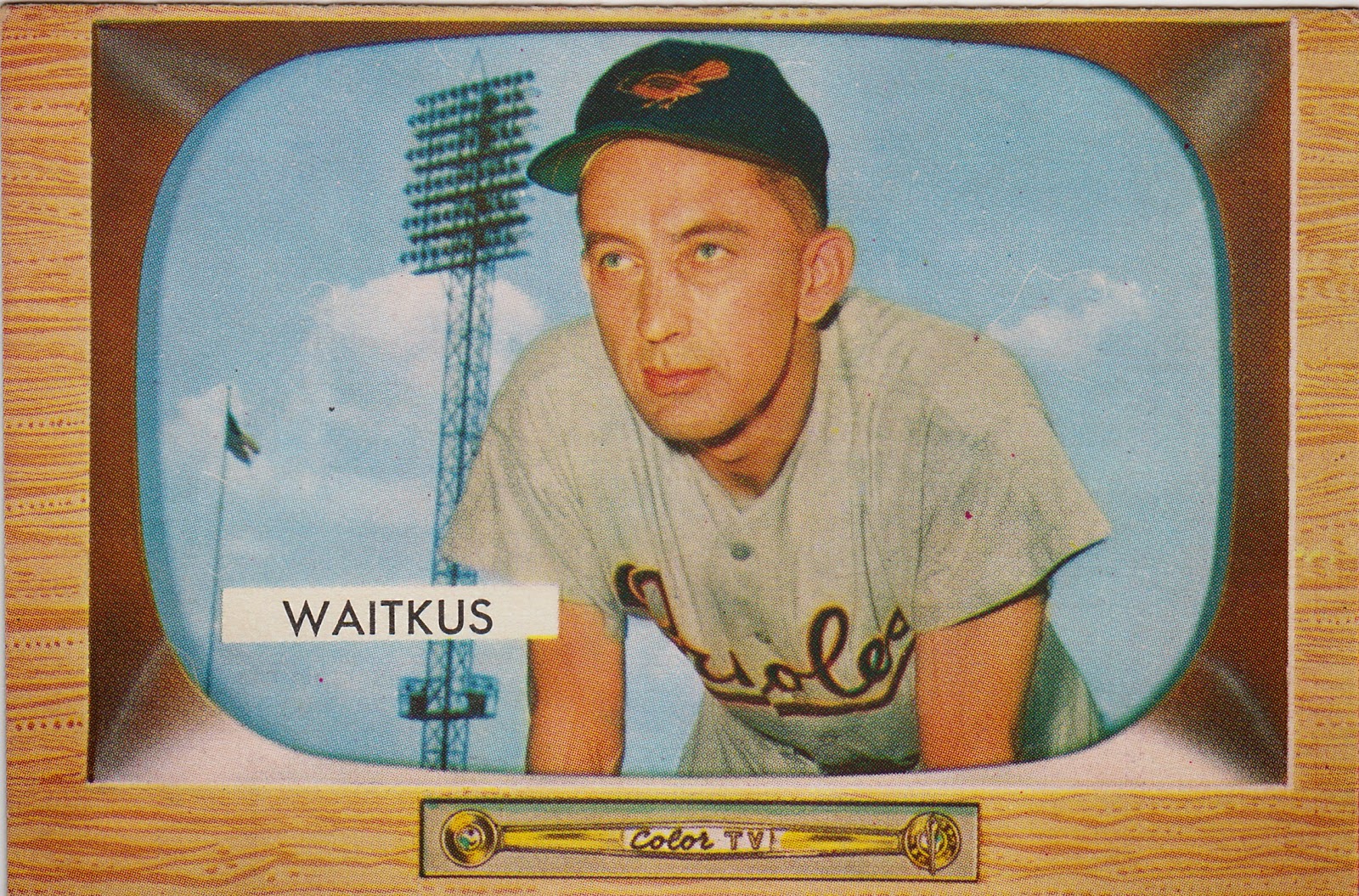 Eddie Waitkus was the Orioles primary firstbaseman in 1954 and hit .283 but he tailed off and was released in July 1955. He signed and finished out the season (and his career) with the Phillies. He had been a solid major leaguer for the post-war Cubs and Whiz Kid Phillies for a decade. He was known as the guy who was shot by an obsessed female fan in 1949. 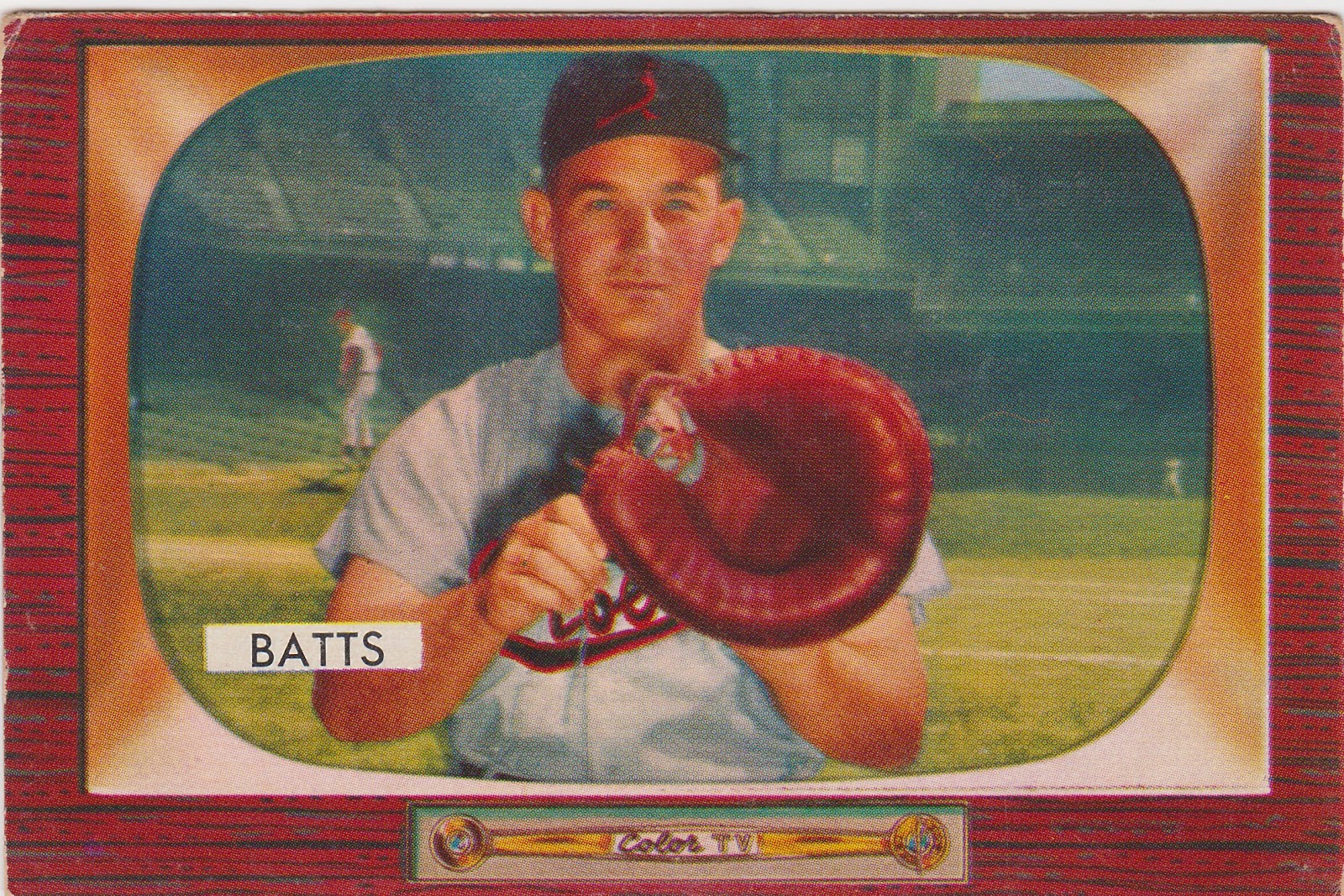 Matt Batts came over to the O's in a deal with the White Sox in December of 1954 and was traded to the Indians as the '55 season opened. He was nearing the end of a decade long career as a platoon and reserve catcher at that point. 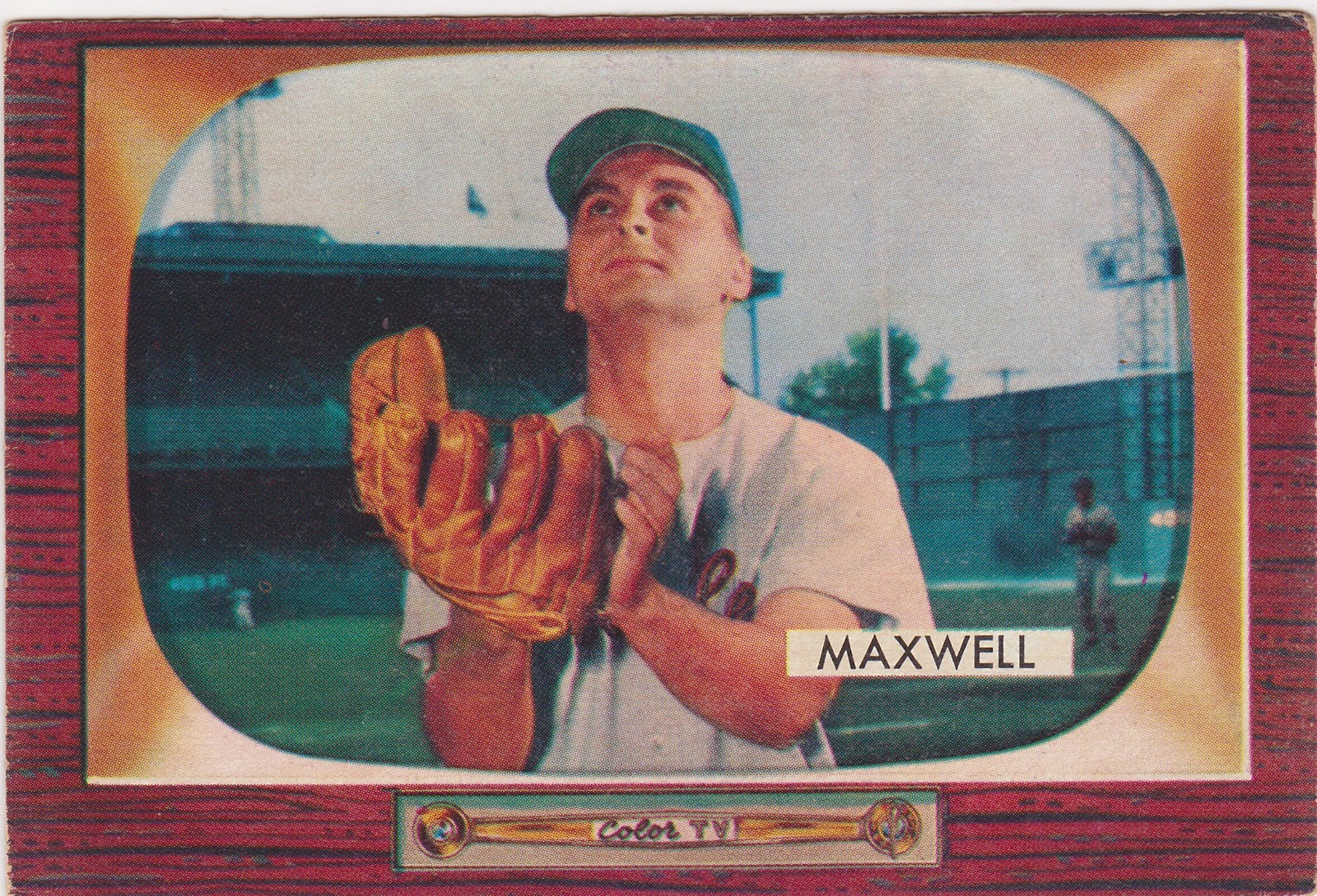 Charlie Maxwell passed through Baltimore just long enough to get four at bats there in 1955. He went on to have a solid career for the Tigers and White Sox and seemed to save his best ball for games against the Yankees. At least my father had that impression. 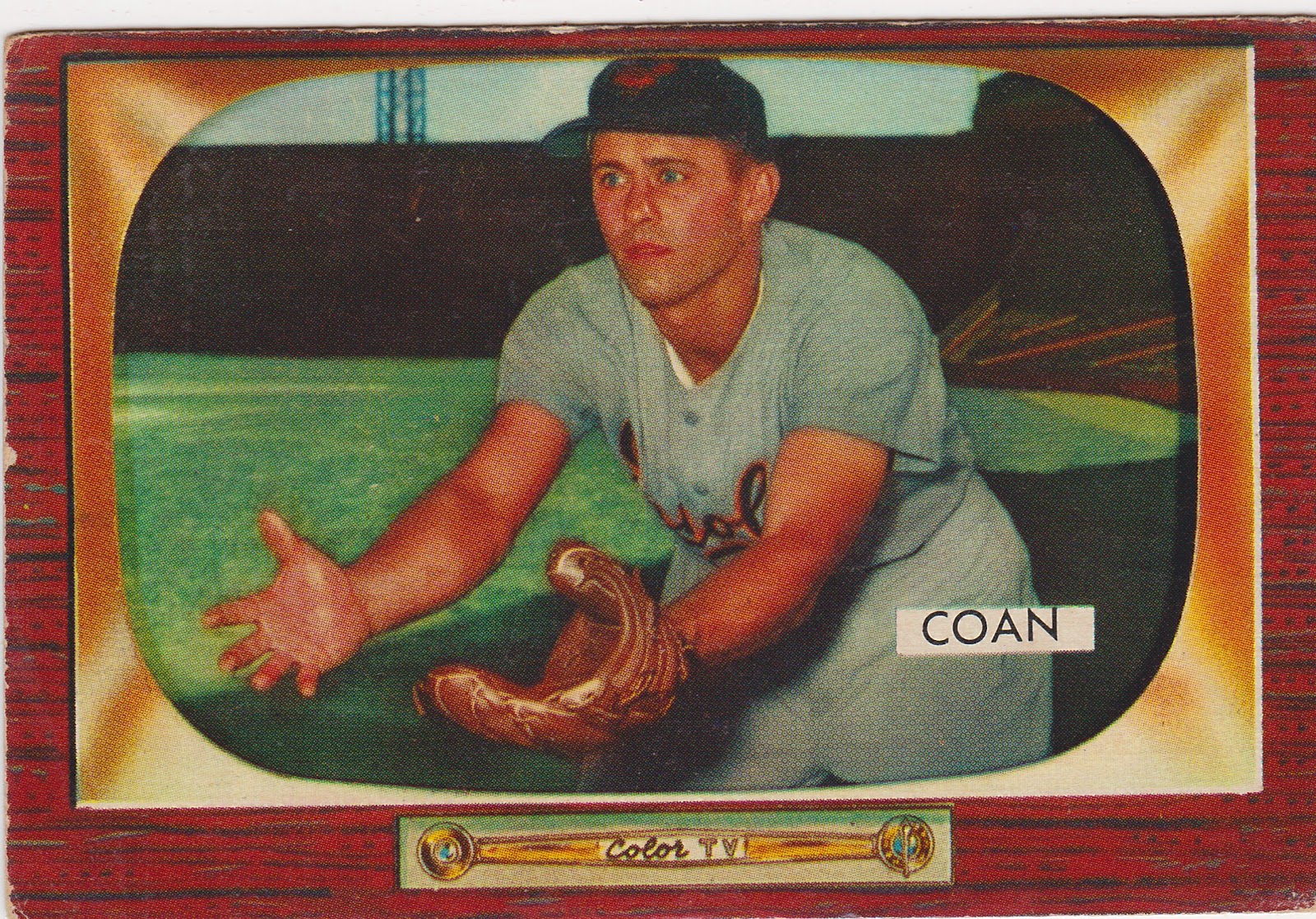 Gil Coan had been a regular with the Nats for a decade or so before he played in '54/'55 for the Orioles as a fourth outfielder. He played though the 1956 season with the White Sox and Giants after leaving the Orioles. 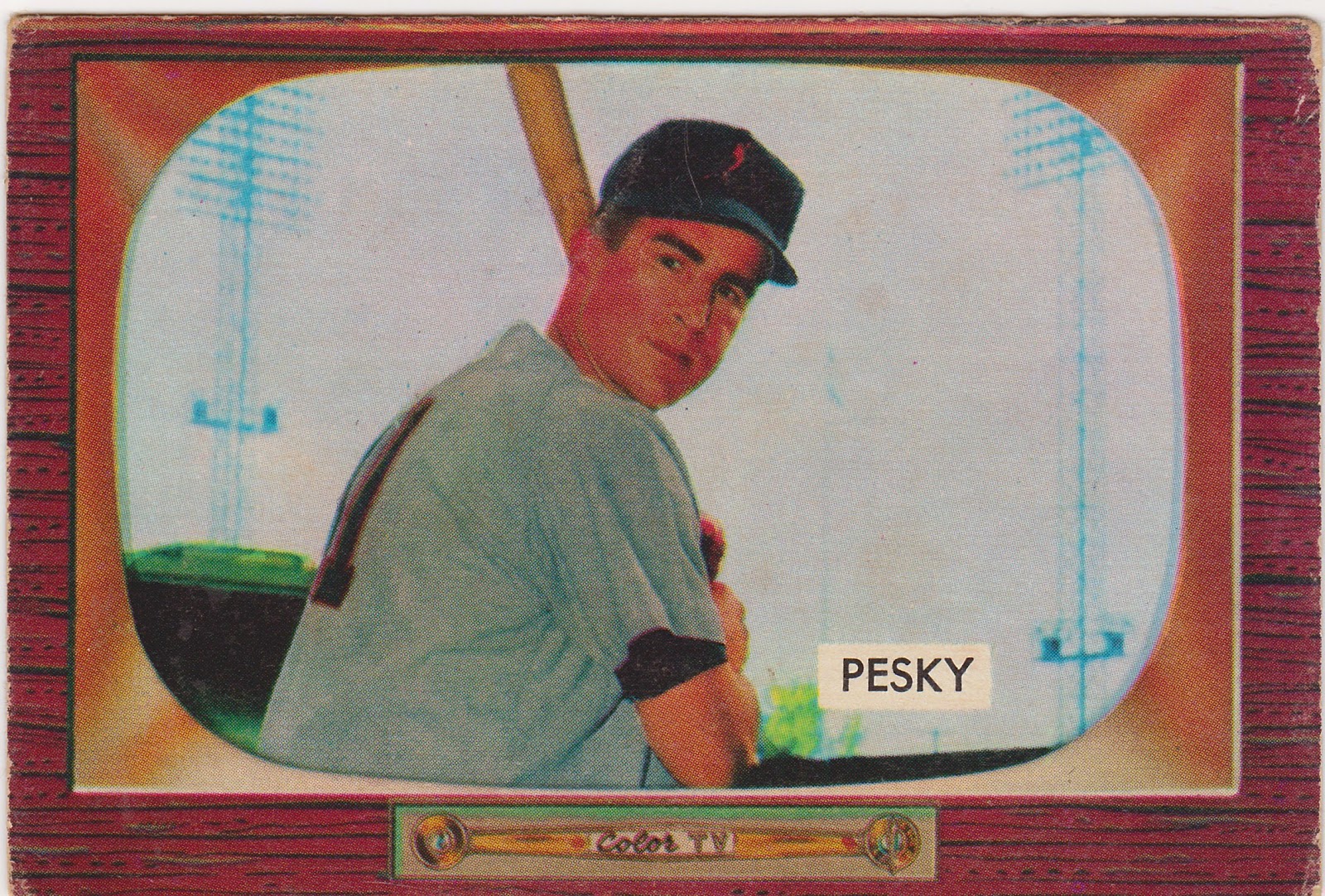 Johnny Pesky was a WWII vet who played shortstop for the Red Sox and twice led the AL in hits during his eight seasons there. He was signed and released before the 1955 season and went on to manage, coach and scout for the Red Sox. 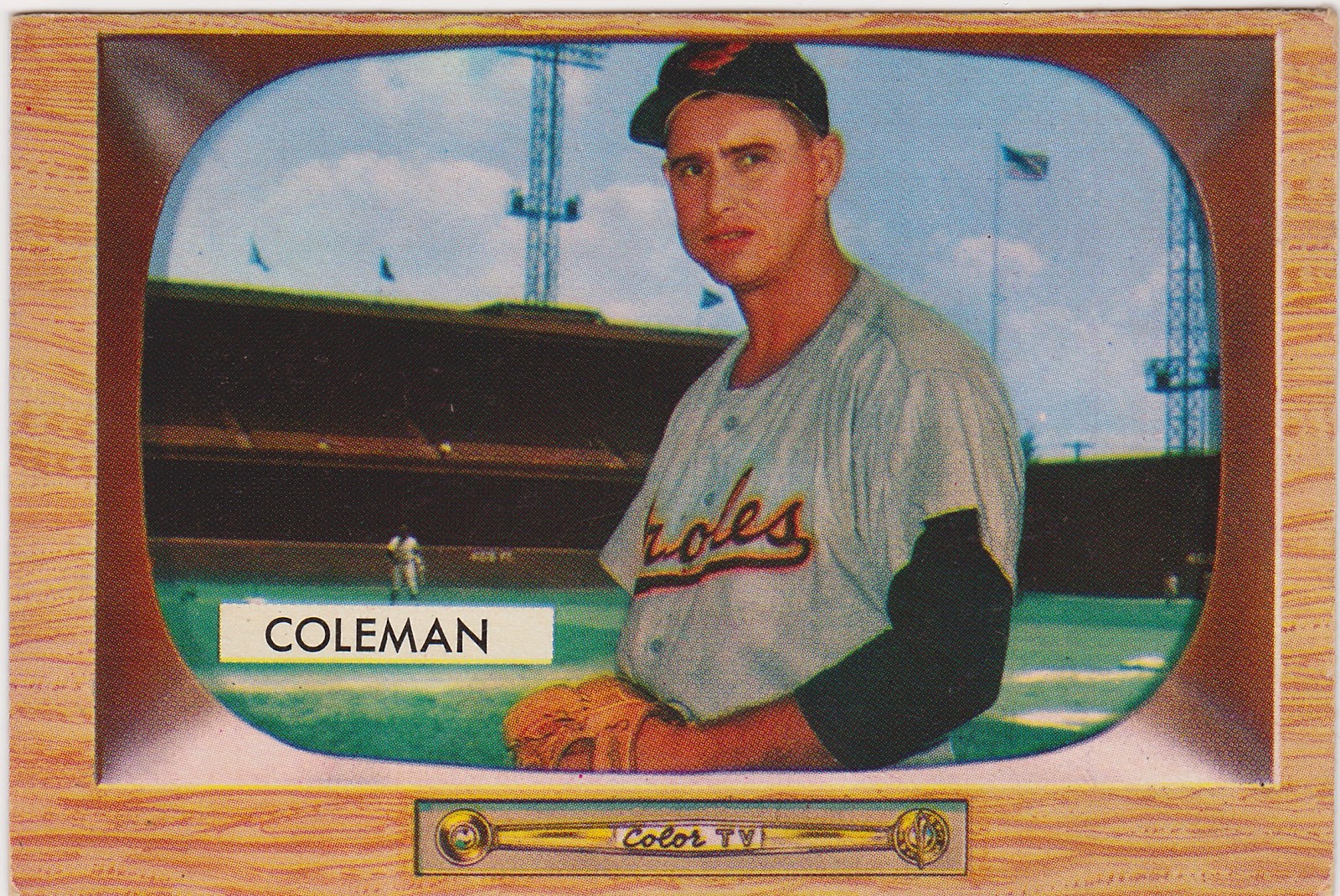 Joe Coleman had made a comeback in 1954 and won 13 games for a poor Orioles club. He previously had pitched for the Athletics and had a couple of winning seasons in the late 40s. In 1955 he was knocked around in six appearances for the O's before he was released. He finished his career with the Tigers that season and a year in the minors in 1956. 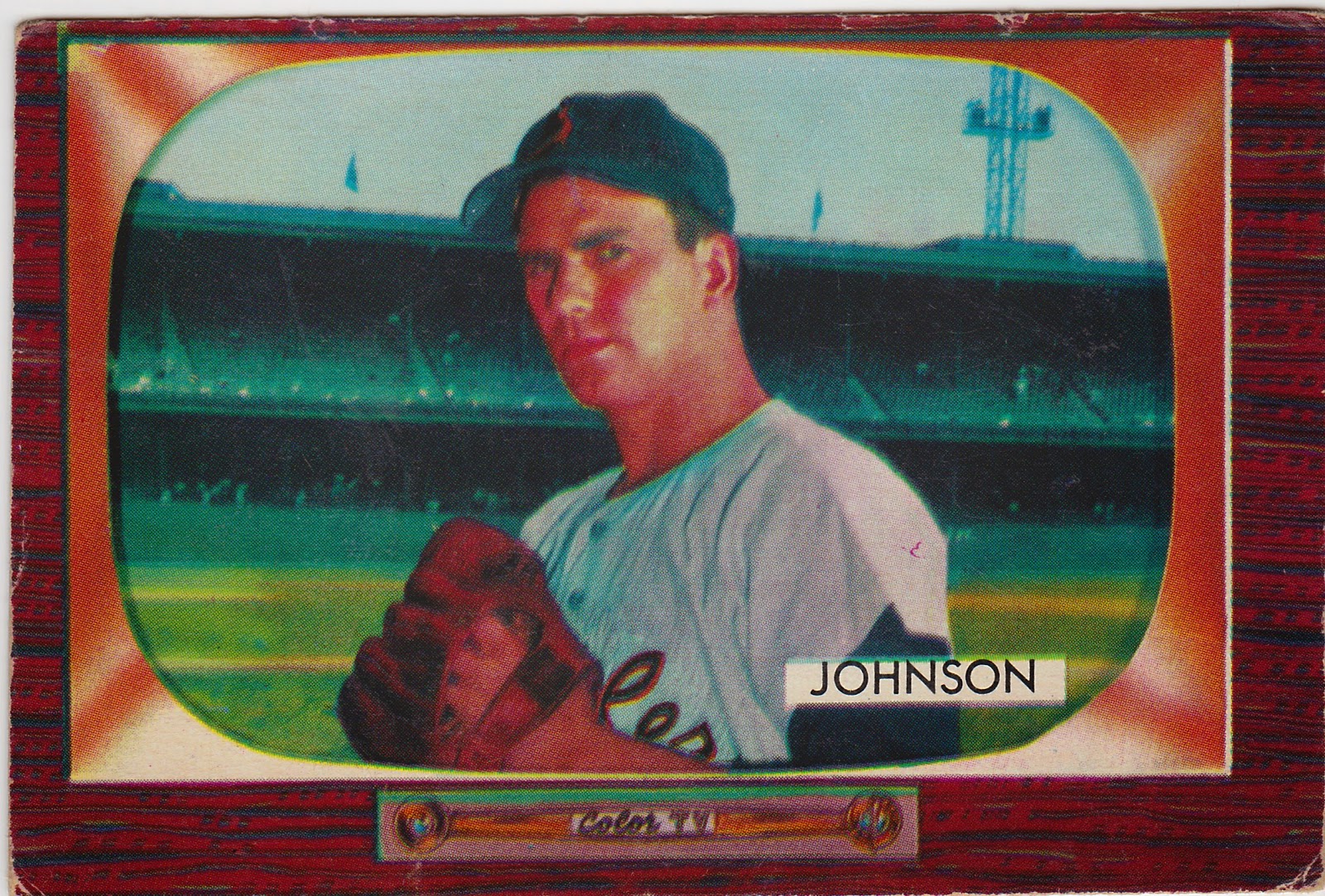 Don Johnson was a journeyman righty who came to the Orioles in 1955 and was hit hard in 31 games, mostly out of the bullpen. He had previously won 24 games for four other teams spread out over a decade. After leaving the Orioles he had some success in the minors and played again briefly for the '58 Giants. 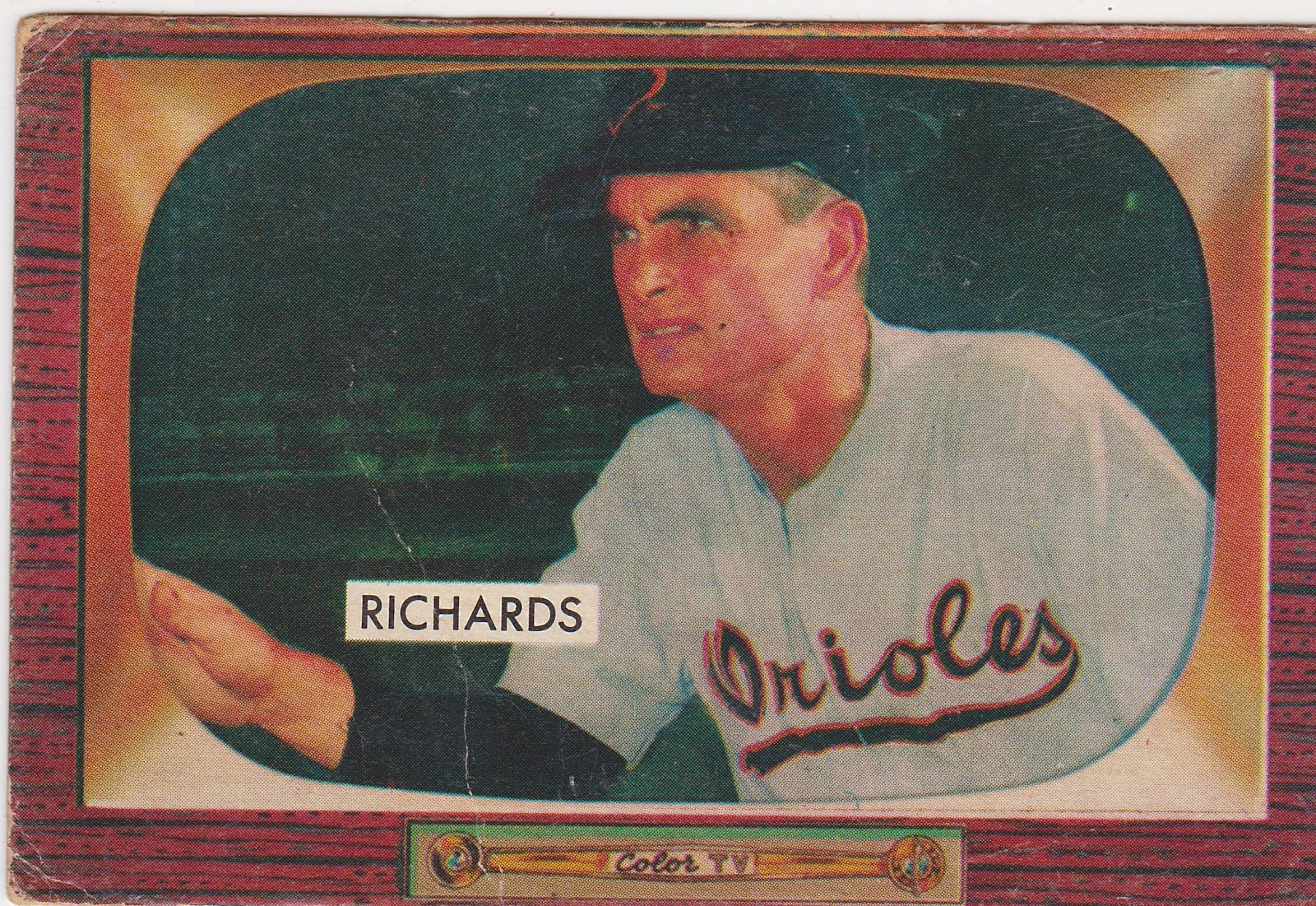 Paul Richards managed the Orioles to a 57 win season in 1955, his first with the club, His record steadily improved over a half dozen seasons with a second and third place finish in store for the club as the 60s began. Richards had managed the White Sox in the early 50s and returned to manage them again in 1976. He was known as an innovator and is credited with introducing the oversized cathcers mitt used to nab Hoyt Wilhelm's knuckleball.

There was one soon-to-be famous future star on that 1955 Orioles team and here is his picture from the Baltimore Sun of September 17th of that year: 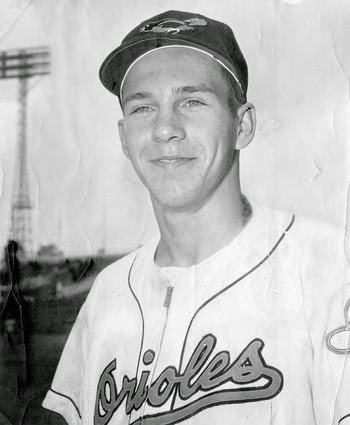 Brooks Robinson went 2-for-4 with an RBI in his major league debut on Sept. 17, 1955 against the Washington Senators at Memorial Stadium. After the game, he recalled in 2005, he phoned his parents in Arkansas and told them the major leagues were easy. "I told them I didn't know why I'd been in York all year," he said. "Then I went 0-for-18 with 10 strikeouts the rest of the season."