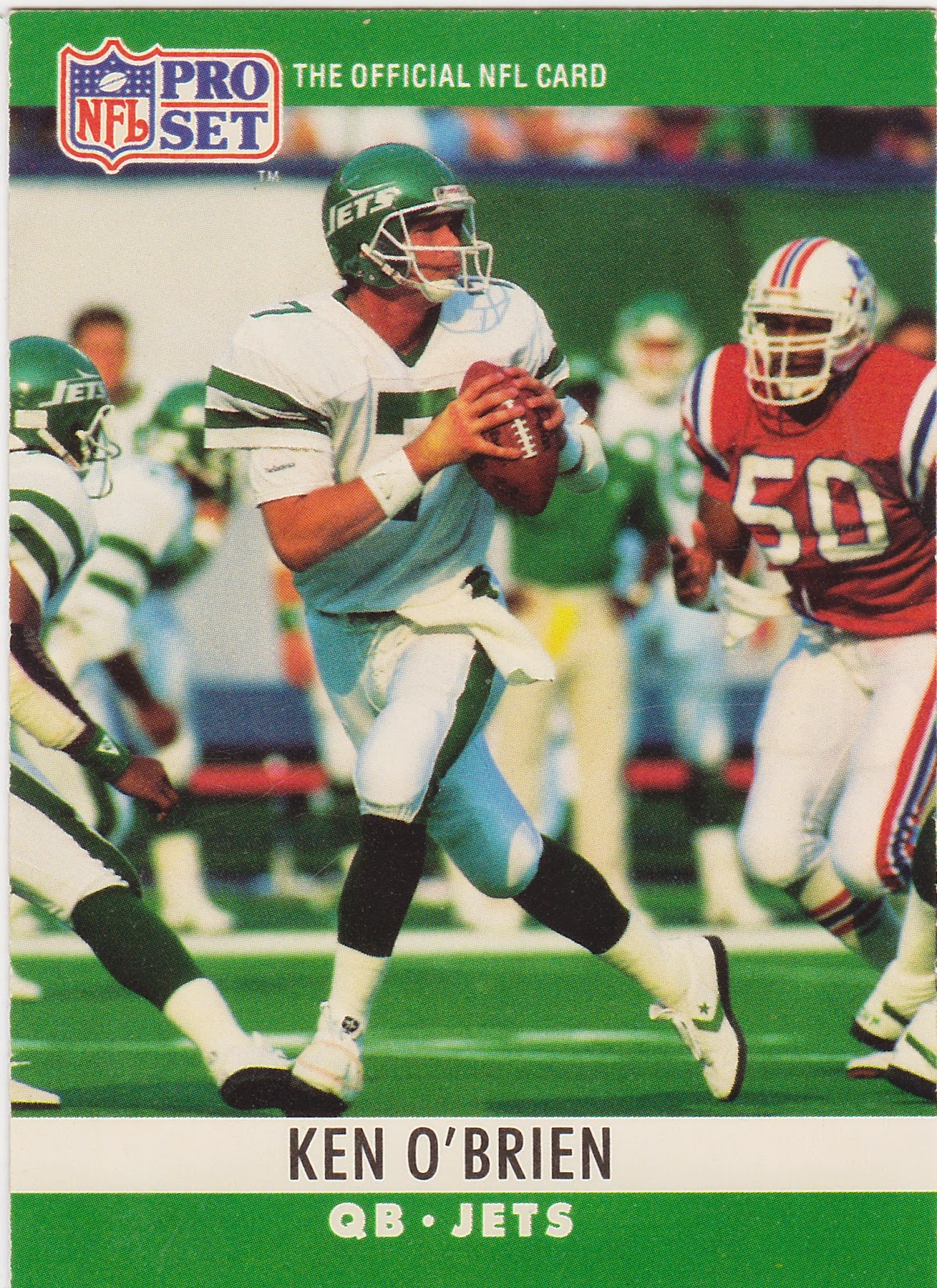 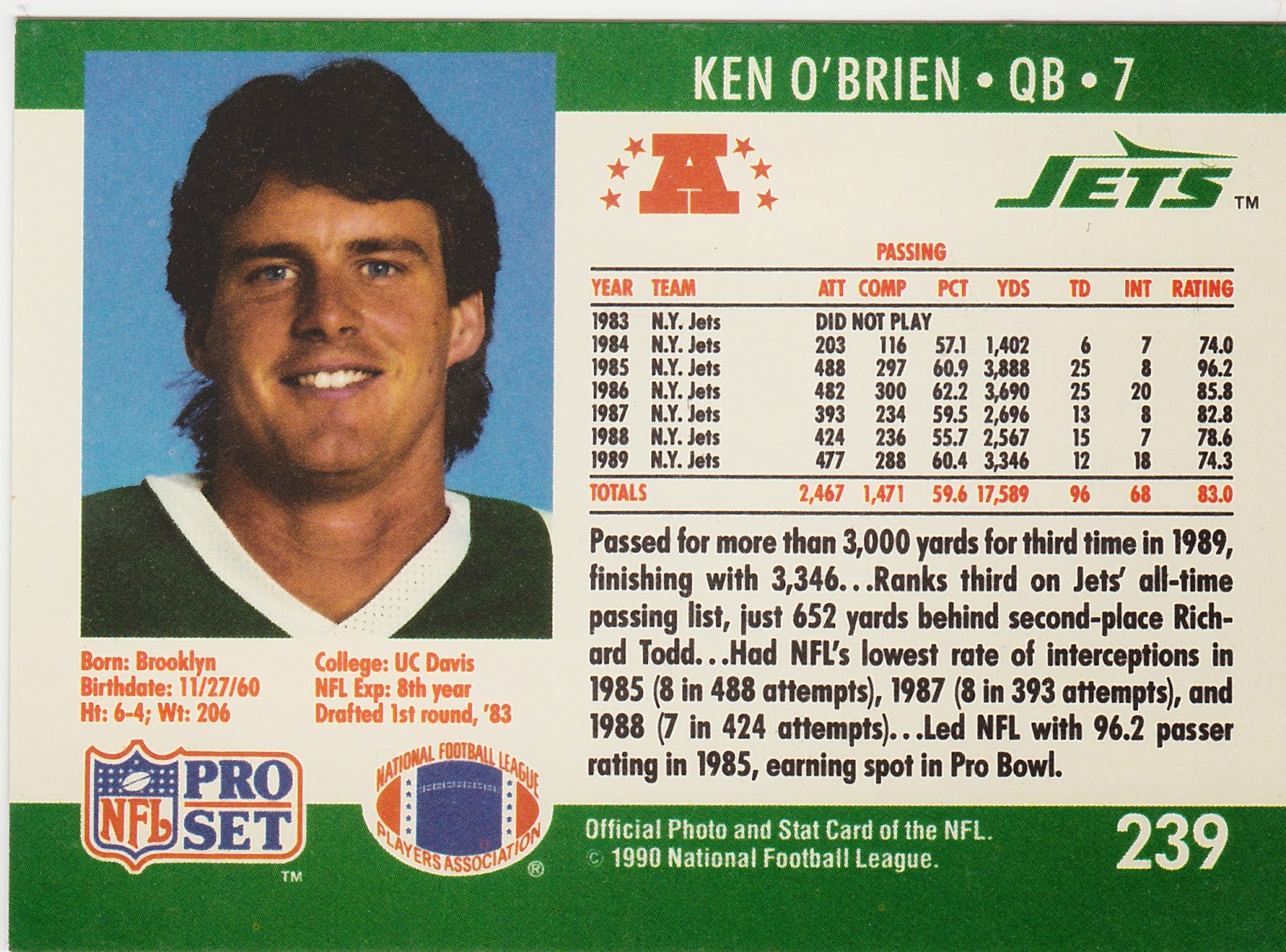 
NFL Info: Ken O'Brien came out of Cal-Davis as part of the famed 'QB Class of 1983'. He spent his NFL career in the shadows of a few others in that '83 group, namely Marino, Elway and Kelly. But O'Brien had a fine career in his own right.  He played nine seasons for the Jets and one for the Eagles making two Pro Bowls and throwing 128 TDs. He had the #1 QB rating in 1985 despite being sacked a league high 62 times.

He was the first quarterback to pass for 400 or more yards (431) in a game and earn a perfect NFL 158.3 rating, He's a member of the College Football Hall of Fame.

Fantasy Impact: I had O'Brien in 1984 but he didn't play for me. I had him again for a two year stint in 1986/87. In '86 he had a big season for me as he averaged 13 points a game in a TD only format. He came up small when I needed him the most though and I was gone after a disappointing one game playoff run.

I brought him back for '87 and he was supposed to be my regular QB but I switched to Neil Lomax early and he never gave the job back. One of my favorite fantasy football memories is a Monday Night game between the Jest and Dolphins in the late 80s. I was locked up in a close game with my close friend and long time league rival. I had Jets receiver Al Toon, he had the other Jets receiver, Wesley Walker. Every time O'Brien dropped back I was yelling for him to "Look left!" or "No...NOT THAT WAY!". Good times.

The Card: Say what you will about the over-produced 1990 Pro Set football cards. I loved the set then and I love it now. It was so much fun to put a set together pack by grocery store pack and trading cor cards I needed with my students.

And I think it looks pretty darn good. Nice sized, clear photos, a head shot on the back. I like the full stats and they crammed in lots of info there as well. The color coordinated cards look good in a binder.