During the past week my #walletcard of Brisket Howard made it out of his safe, warm environment and saw a bit of Houston. 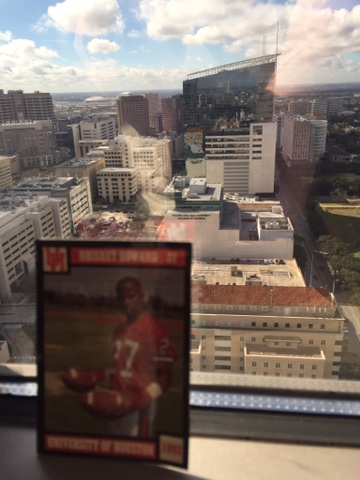 First he came with me to an appointment in the Texas Medical Center and enjoyed the view from 30 stories above Houston.  He was so excited by the panorama behind him he couldn't sit still long enough for a proper picture. In the far distance he could see the Astrodome where he played in his college days. Heady stuff for a dude who spends most days stuck between some small bills and a Starbucks card! 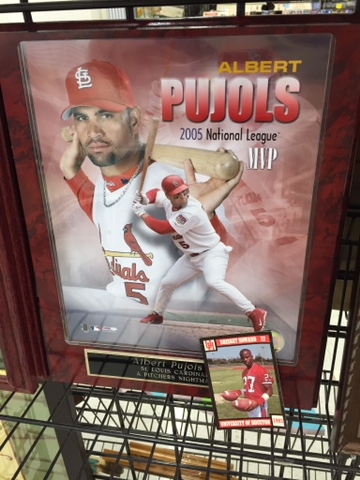 Next was a visit to a second hand store on Houston's southeast side where Brisket had a brush with greatness.  He tried to talk me into taking Albert home but I wasn't about to give in to his whining.

We also made it out to the new additions to Houston's Hermann Park on this gorgeous day but Brisket was moody (over the whole Pujols thing I guess) and refused to pose there. Maybe he'll be more cooperative next week.
Posted by Commishbob at 6:30 AM