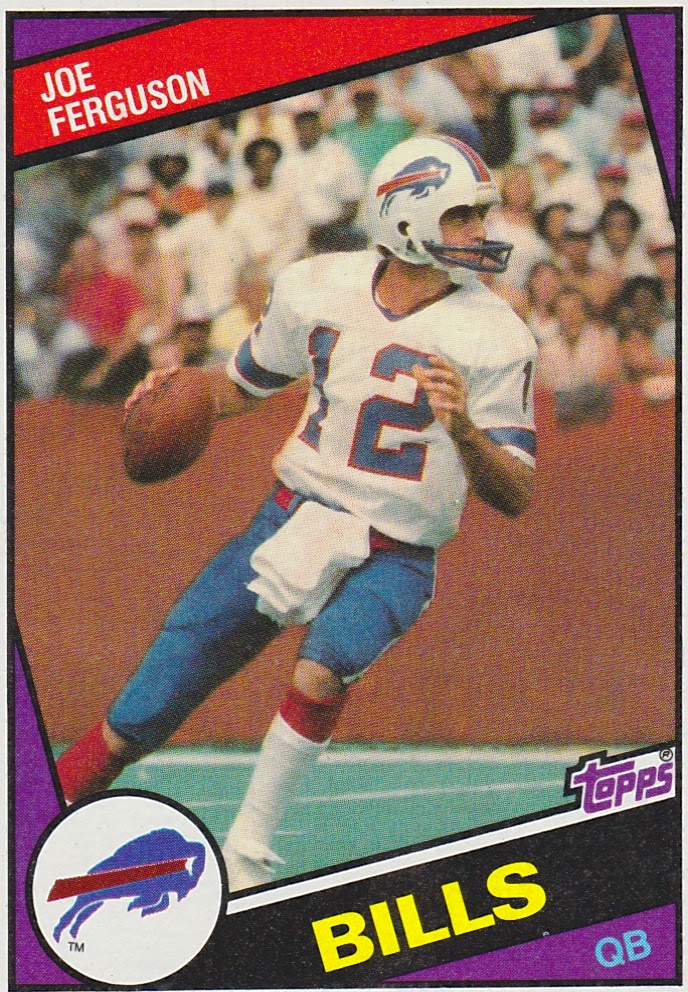 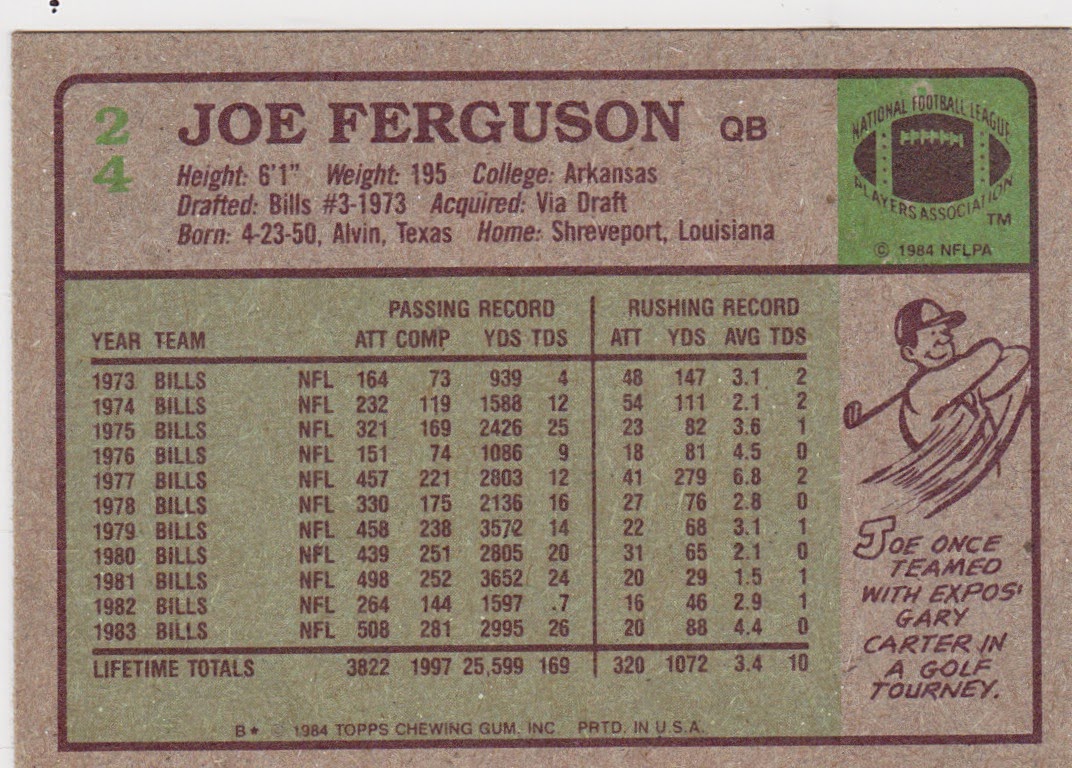 
NFL Info: Joe Ferguson was a third round pick by the Bills in 1973 out of Arkansas. He has handed the Bills starting job from Day One and held it for twelve years. He took them to the playoffs three times but only once made it past the first round. It would remain for Jim Kelly to get the Bills to the Super Bowl. Ferguson left Buffalo in 1985 and spent five more seasons as a back-up in three other towns. He currently works in real estate in Arkansas.

Fantasy Impact: I had Joe Ferguson in 1983 and I stuck him into my lineup midway though the year after a couple of other guys sputtered. He did very well but outside of Eric Dickerson the rest of my team was awful and I went 6-7-1.

The Card: I'll give Topps credit, they were moving away from the conservative designs of the previous decade by 1984. I can't think of a previous football set that had the 'tilted' orientation given the '84 Topps football cards. Not the world's best color combo but it's sure stands out. The back is standard stuff, full of stats vital details and a cartoon. That green number is tough to read though. I'd hate to have to sort a case of these.