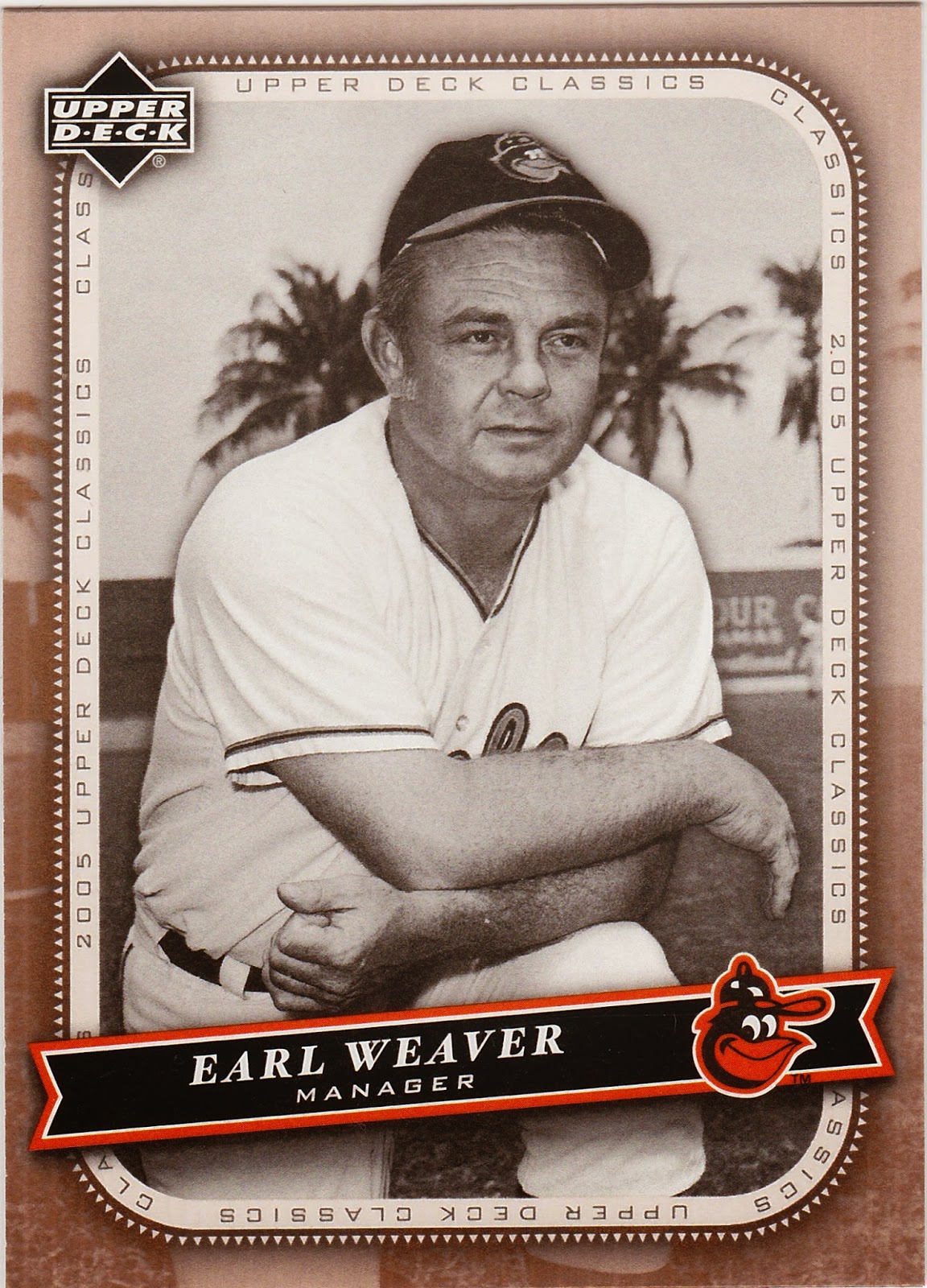 I was adding a Buck Showalter postcard to my managers binder the other day and I got to looking at some of my Earl Weaver cards and postcards. I thought I'd post some just because, well, it's Earl Weaver! With a trip to Spring Training coming soon I'm getting more and more into a 'baseball mode'.

So here is a little dose of my favorite manager.

This early 70's team issued postcard shows Earl as I always think of him. 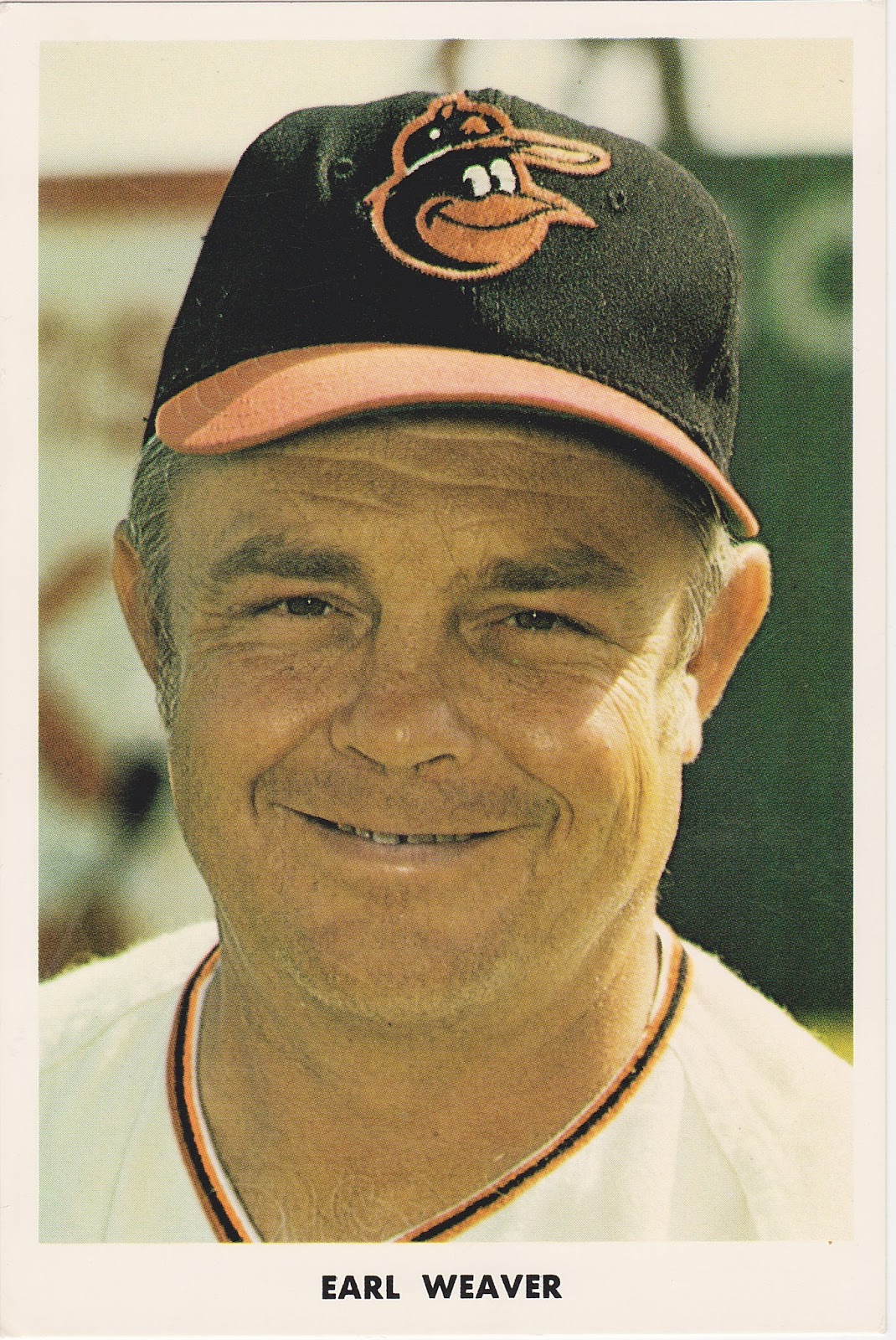 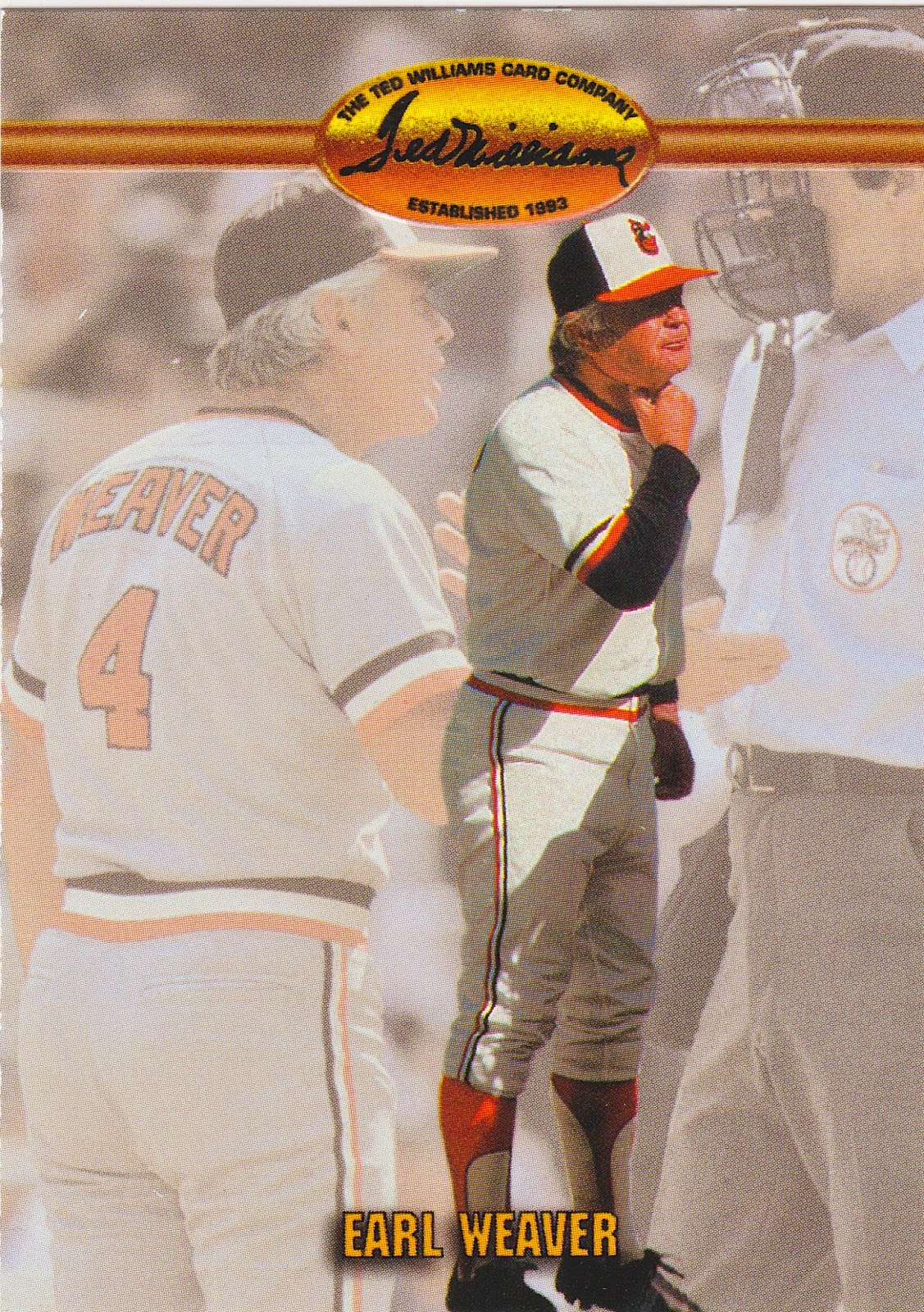 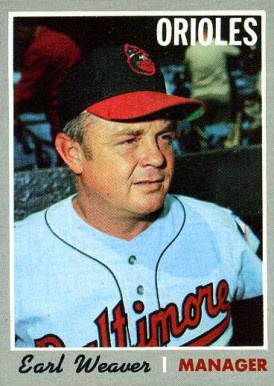 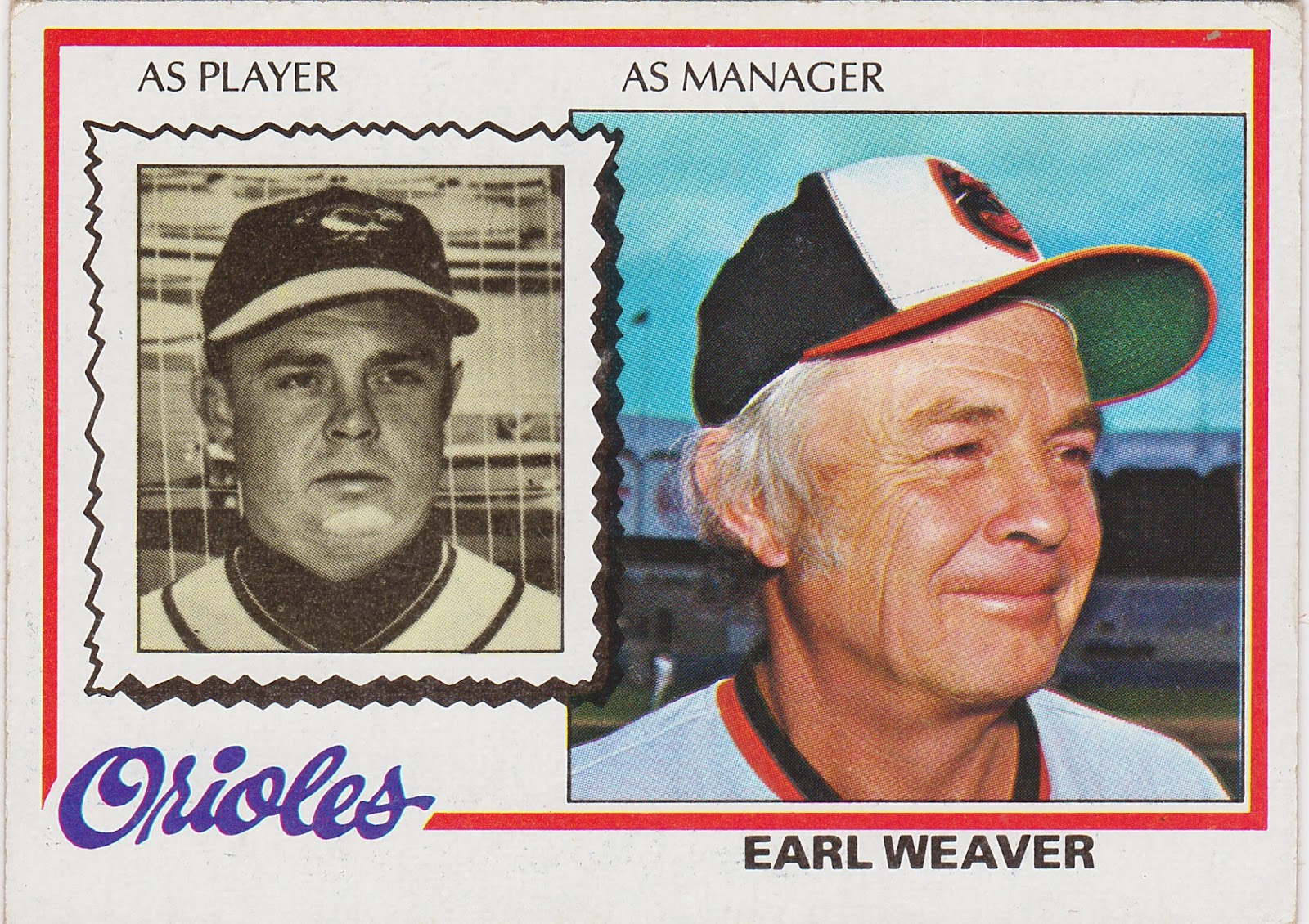 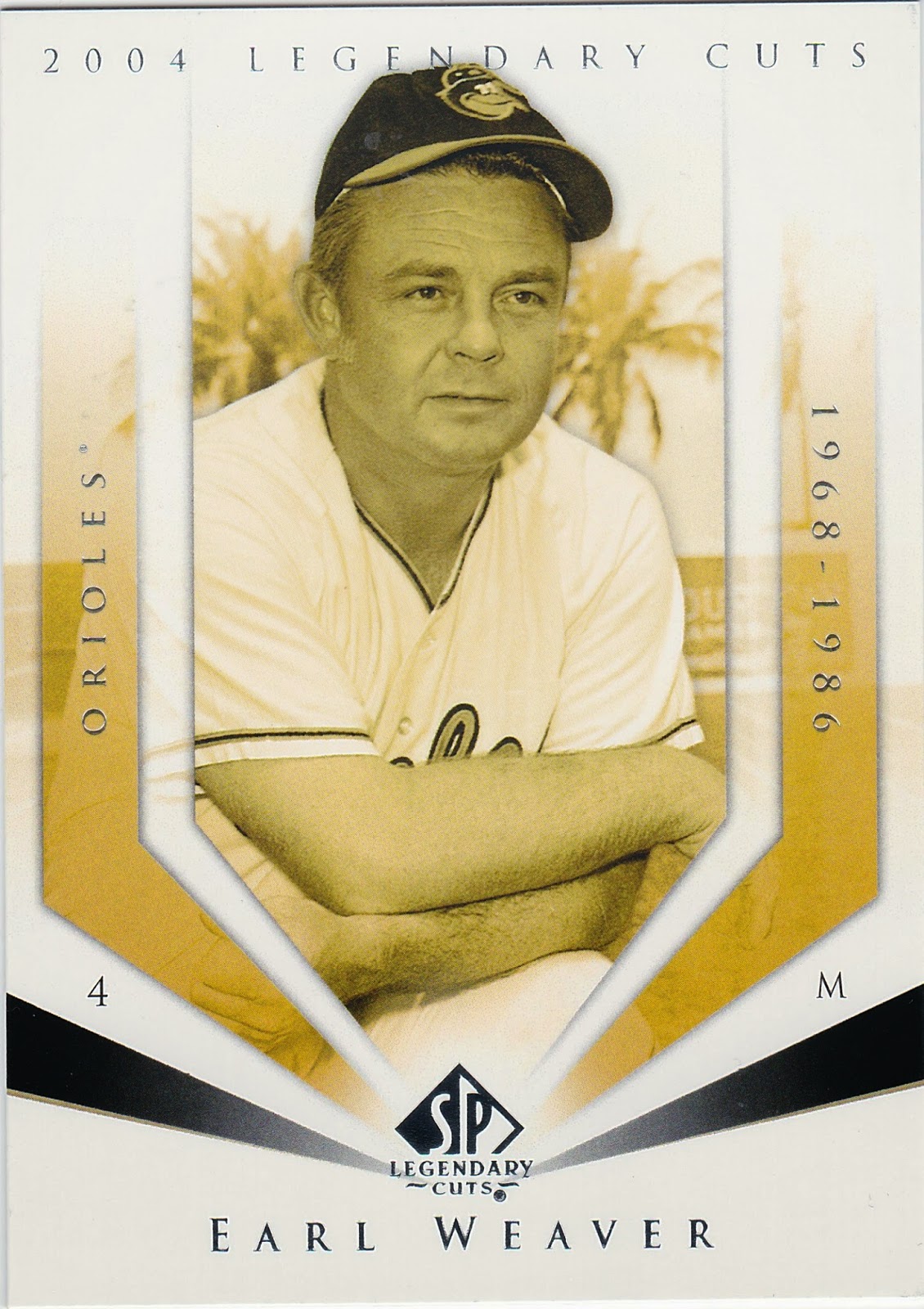 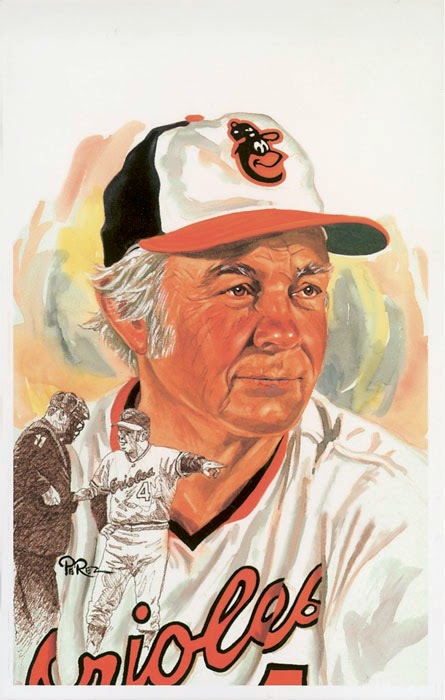 I've related these stories of having met Earl a few times before but I'll repeat them. The first time was at the baseball winter meetings in Houston in 1981. I had finagled press credentials from the college paper and skipped a week of classes to hang out with all the baseball bigwigs.

The highlight of that week was a press lunch that I attended and sat down at Earl's table. He had some great stories. I brought up an Oriole-Yankee game from 1970 that had been the best regular season game I had ever seen. Earl picked up the game story from me and went on and on about that game. Amazing day indeed.

Some years later I was waiting for my luggage at Hobby Airport here in Houston when a couple of brown tweed bags with embroidered Oriole emblems emerged. I was amazed to see the guy next to me reach for them! I turned and saw it was Earl. I spoke to him and he was genuinely interested in talking to an Oriole fan in Houston. He even remembered (or so he said) the press luncheon discussion from several years before.
Posted by Commishbob at 7:00 AM