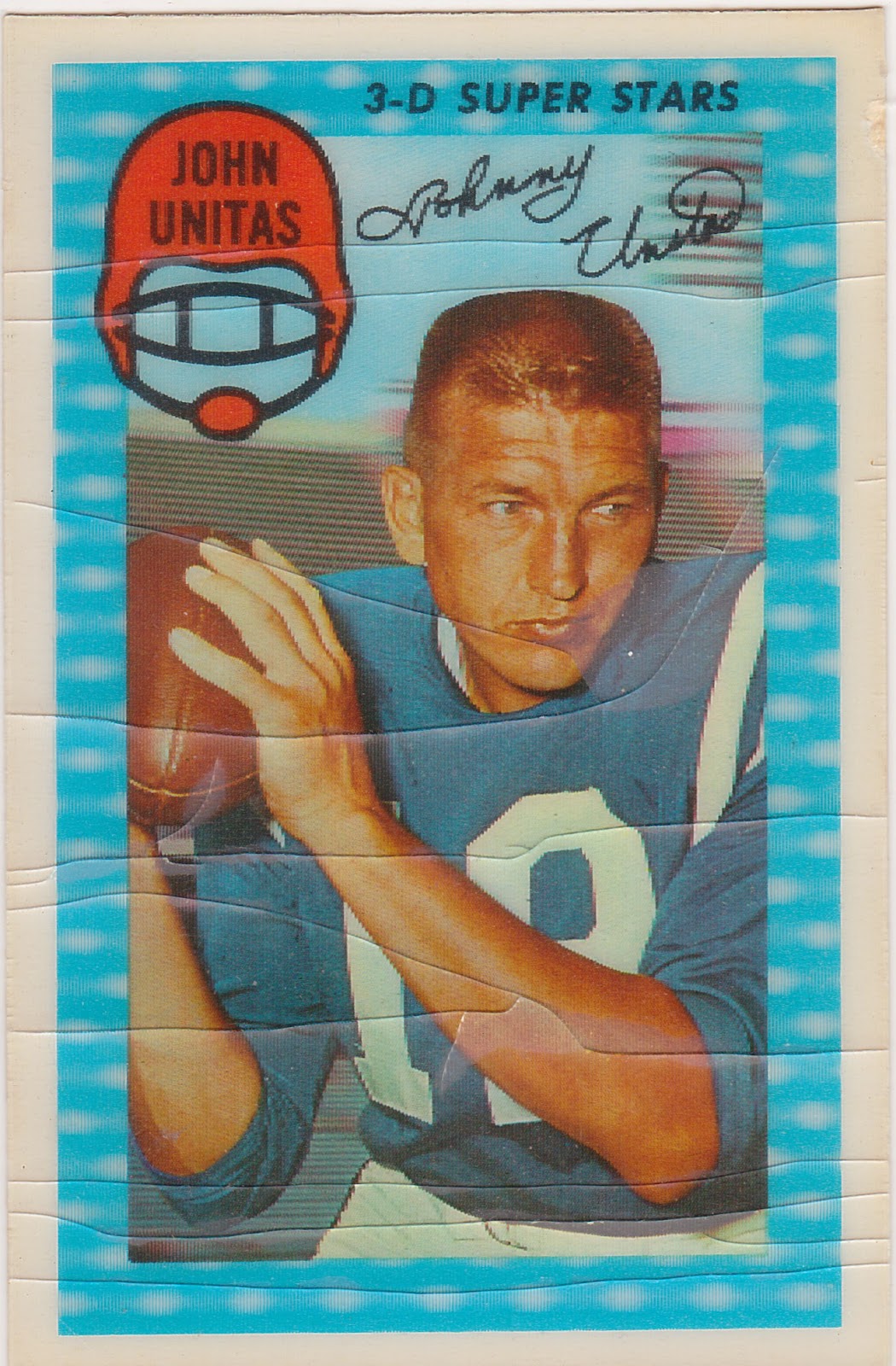 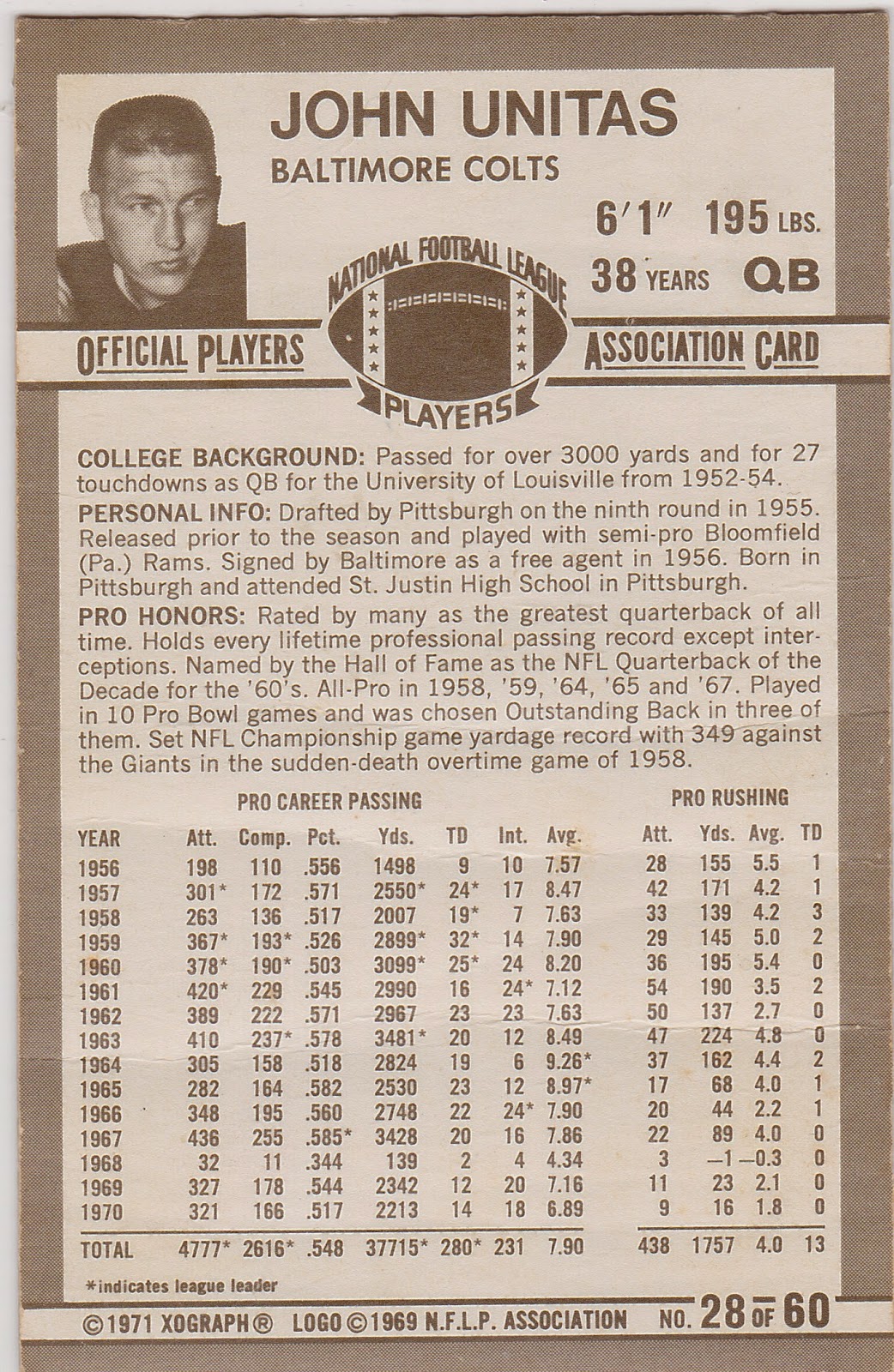 This '71 Unitas is the last one I needed for the small group of '70/'71 Kelloggs cards issued for Baltimore Colts. The 1970 Kelloggs are seen on a previous post. The '71 are a bit harder to find than the 1970 version because they were not available through the mail as they had been a year earlier.

Kelloggs' cards from that era tend to crack and Johnny U. is about as badly cracked as one can get but that made it very cheap and hey, it's Johnny U.! The backs of both editions of the Kelloggs' football cards are crammed with info. What sets the two issues apart for me is the fact that the 1970 cards are much more appealing to me visually. There is 'more picture' on the 1970s since there is no border of stars around it. And the blue helmet is a better choice although that may just be because it looks better to me next to the blue Colts jerseys.

Pretty impressive 'wall of numbers' on the back, no? Until just now it hadn't dawned on me that they don't have the team listed on those yearly stats. Except for the sets that have only the previous year and career totals lines I can't think of an instance where this is the case.

Posted by Commishbob at 7:49 AM