I spent Saturday morning at the Tri-Star show in Houston. Pretty typical TriStar show, lots of folks selling new card boxes, plenty of signed memorabilia I could only drool over and a few of the regular guys who put out bargain boxes. Love those bargain boxes!

My own want list has become so specific and esoteric that I didn't even bother to print it out. I kept an eye out for oddball football items in hopes of finding something old and Colts-centric but for the most part it didn't happen.

I did find a table (actually a whole row of tables) belonging to a dealer with box after box after binder after binder of vintage baseball that were priced very reasonably. His stuff attracted plenty of set builders and it took awhile before I was able to commandeer a chair.

I picked up some things for other bloggers and then found some 10 and 25 cent hockey cards that made me smile and 'forced' me to buy them. 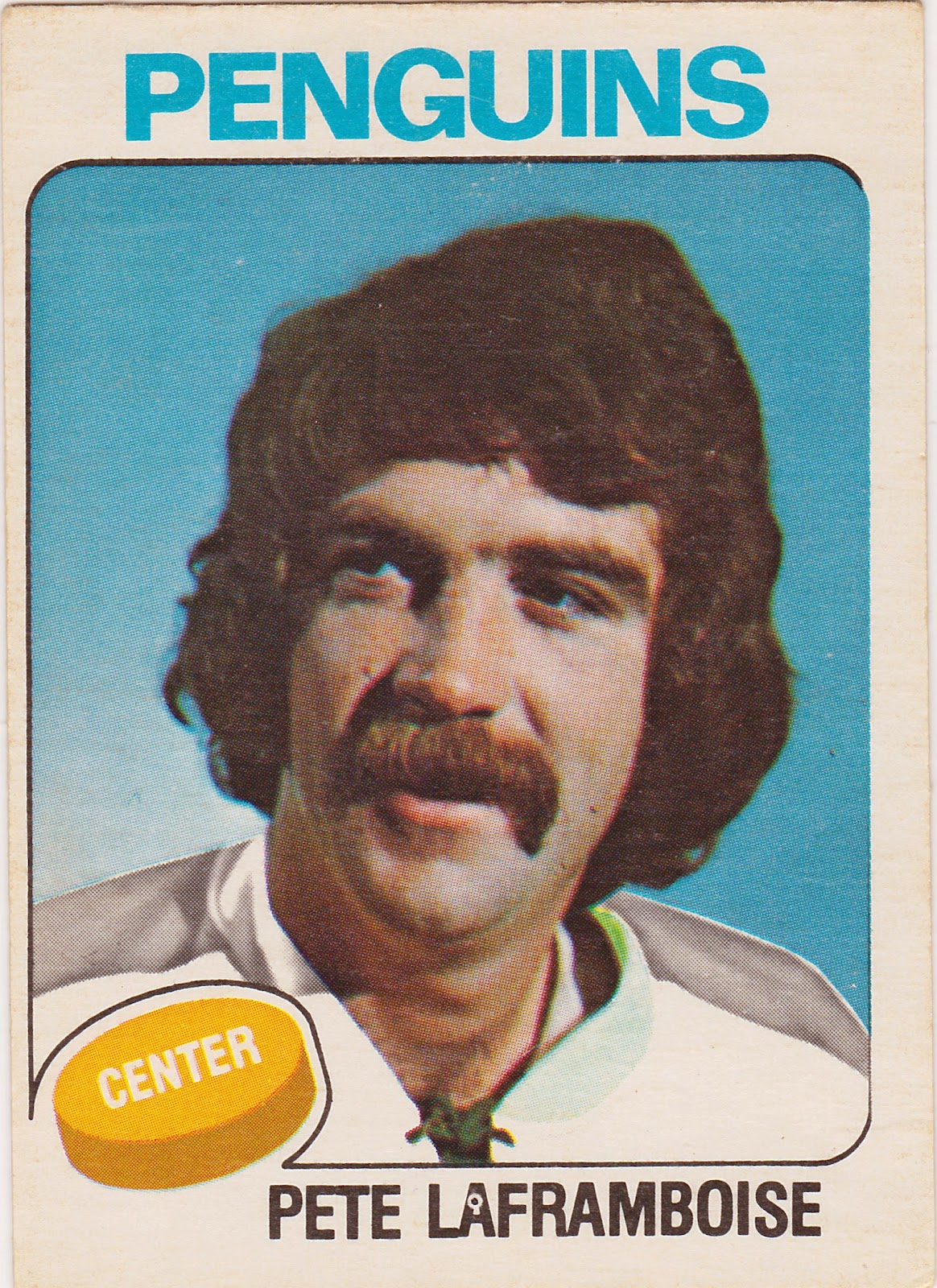 Pete LaFramboise played primarily with the California Golden Seals in the early 70s. That's a great head of hair, isn't it? 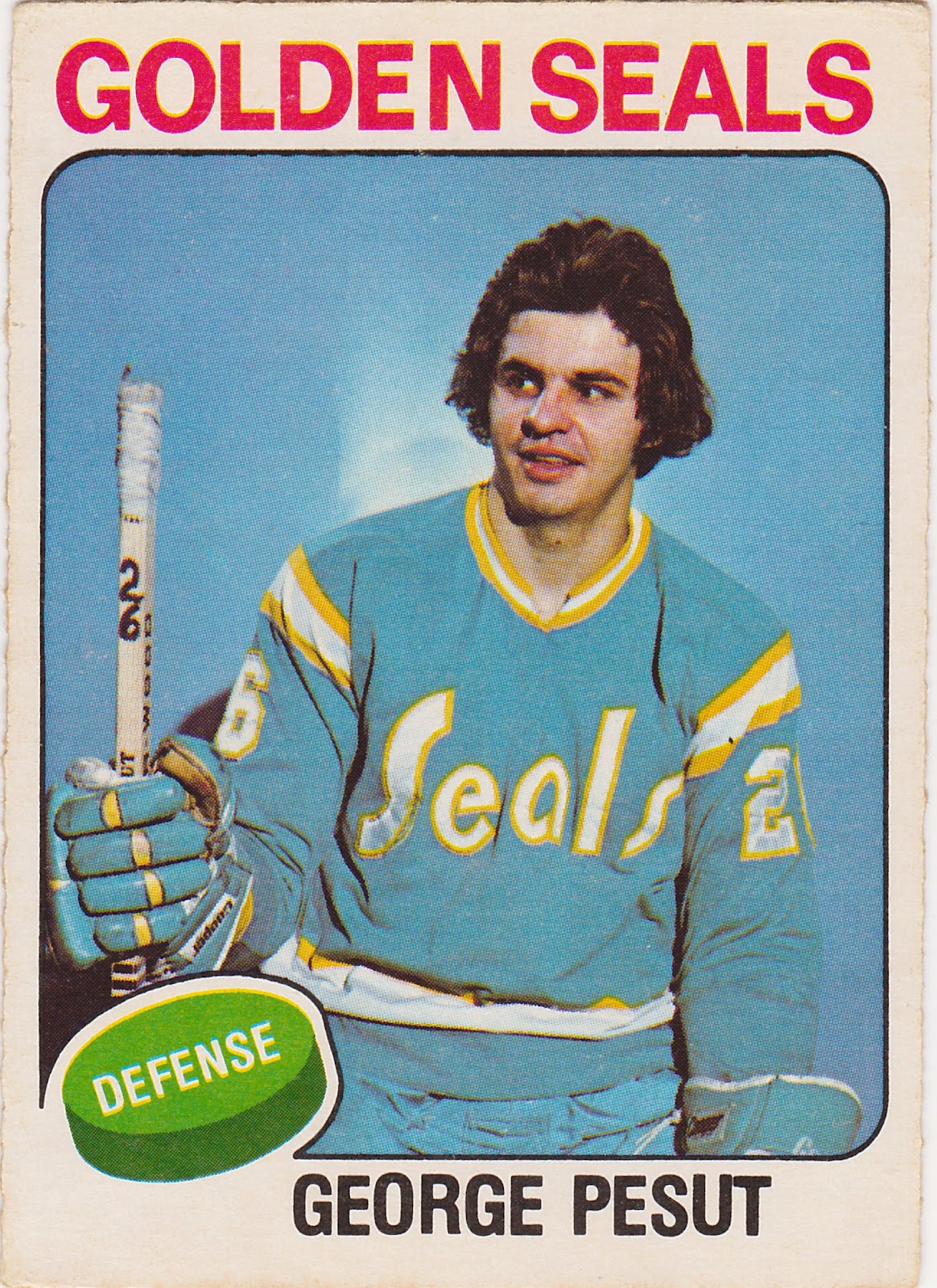 George Pesut played for a decade in Germany after a short NHL/WHA career. He looks like a Wizard of Oz character I can't quite put my finger on. 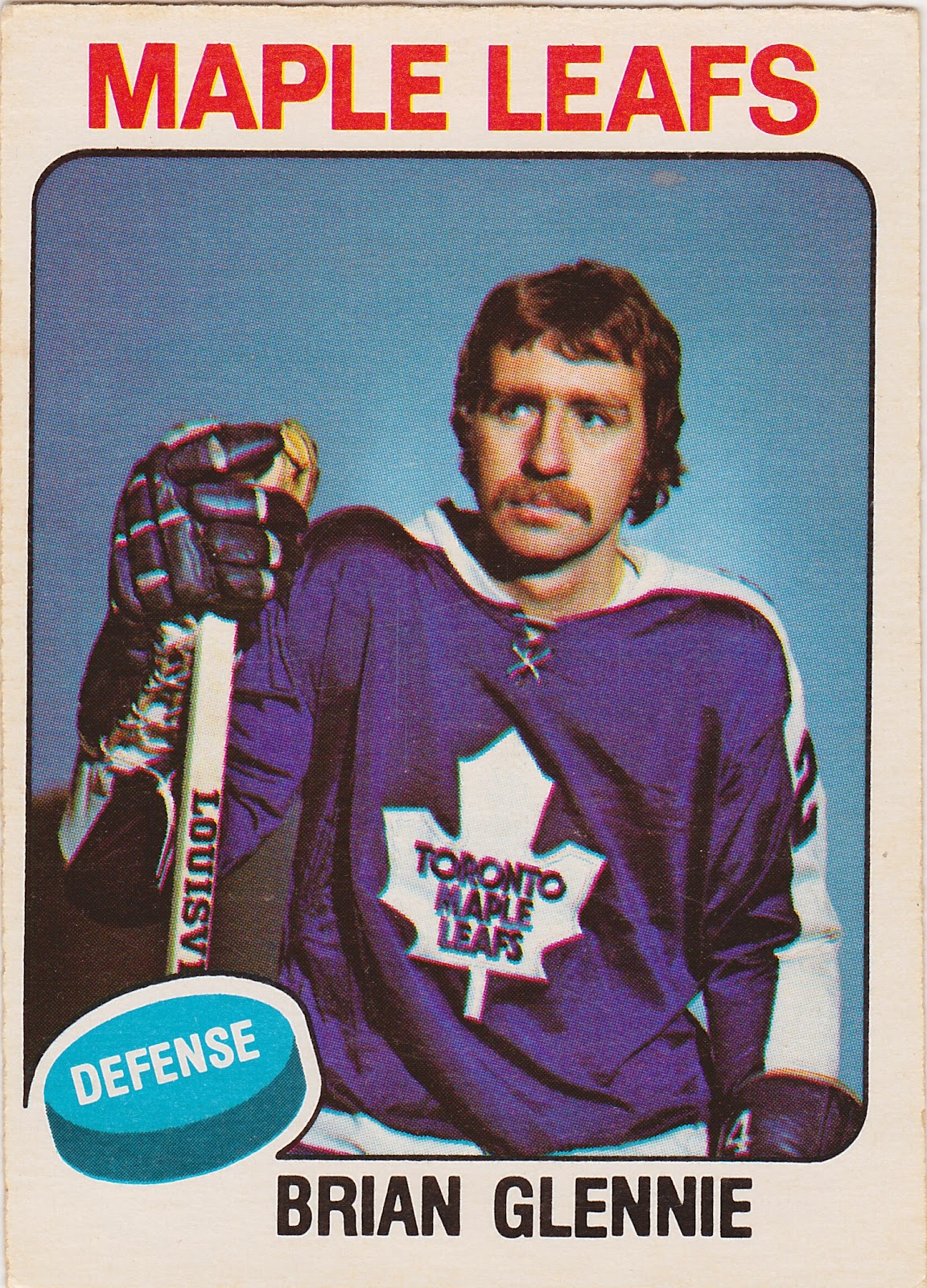 Brian Glennie was a hard hitting defenseman for the Leafs for about a decade. He's the only one of the above guys that I've heard of. He looks like he's had a really bad day. 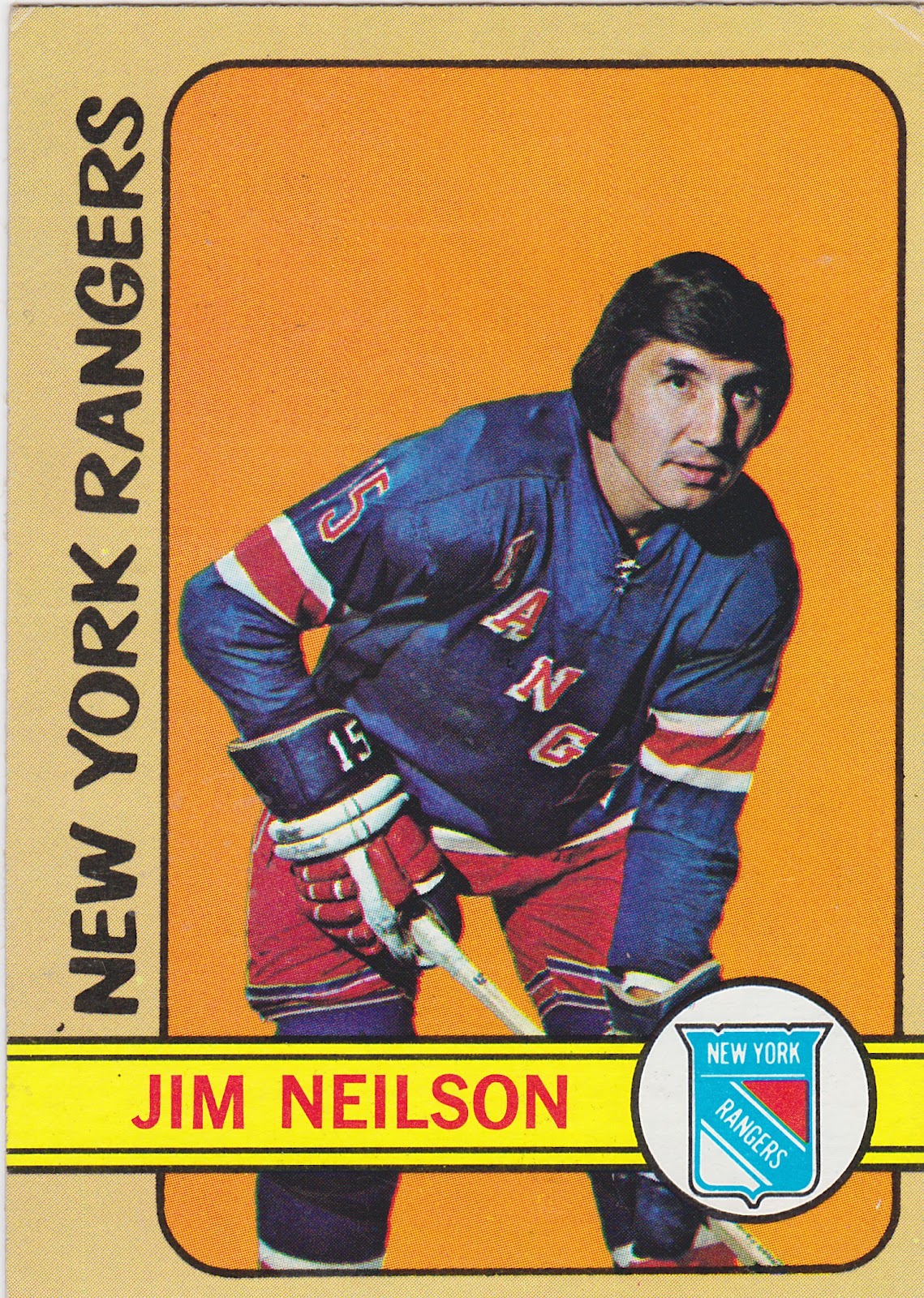 And finally here is Jim Neilson, long time Rangers player. He was a solid D guy and a fan favorite. Somewhere along the line he grew out his hair and quit looking like the rough-and-tumble banger he was. Such is the pull of fashion.
Posted by Commishbob at 6:30 AM