I spent some time yesterday at a small hotel card show north of Houston. There used to be at least one every weekend somewhere in town back when card shows (and card shops) were really popular. Free admission, one small meeting room (used to be a ballroom or large meeting room back in the day), a dozen or so dealers and a lot of cheap vintage. And trust me, cheap vintage (of all kinds) was easily the most prevalent collectible in the room. Dime, quarter, fifty cent and/or dollar boxes were on about every table.

I've got about an hour's worth of uninterrupted standing and bending in me these days so that's about how much time I spent there. I ended up spending about twelve bucks and came home with 25 or 30  cards. I had no want list so I just picked out cards that struck my fancy. That may not be as satisfying as finding a 'white whale' in a dime box but it is a lot of fun nonetheless. 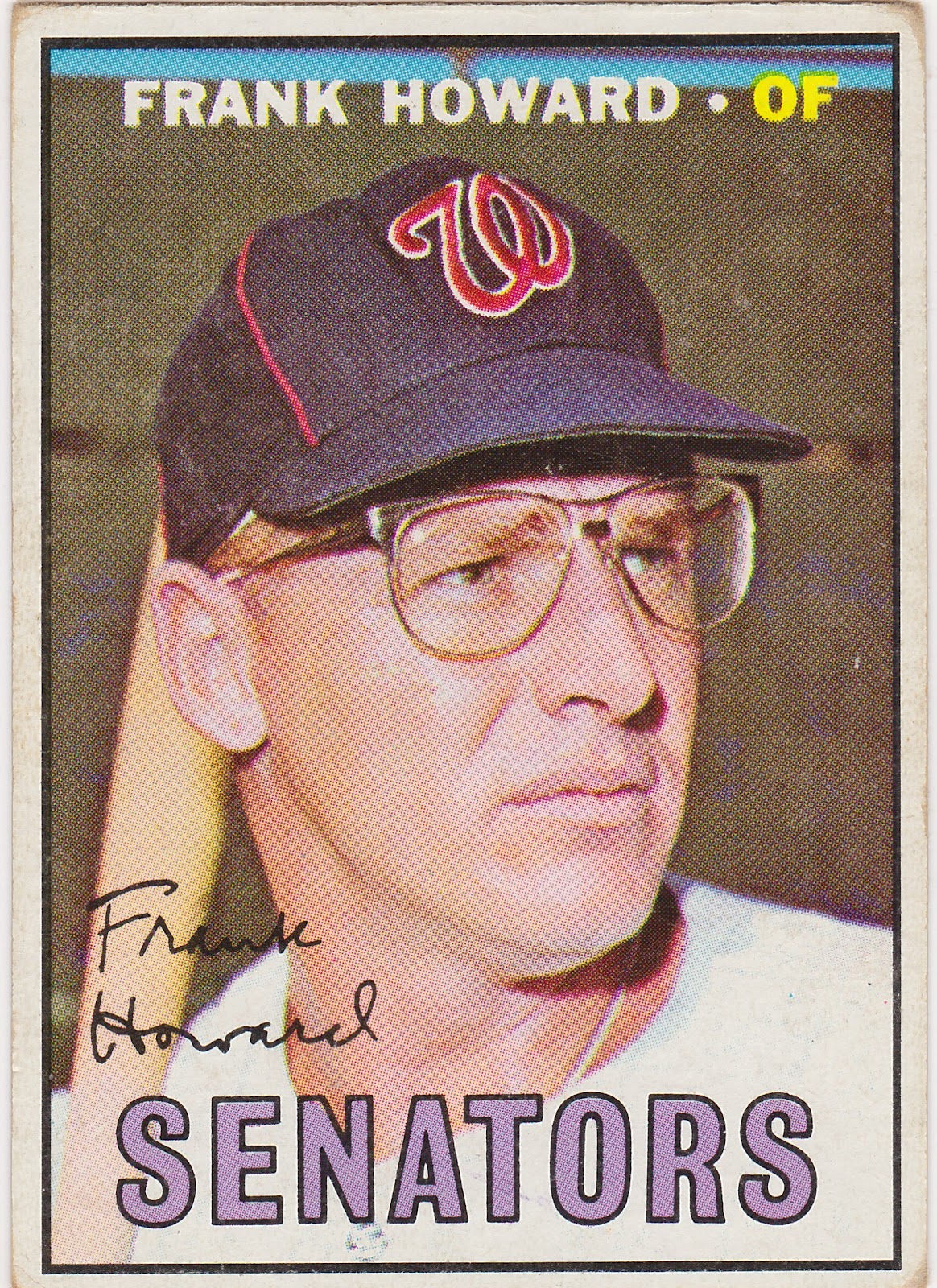 First up, a 1967 Frank Howard. I can't look at a Hondo card and not be reminded of my Strat-O-Matic game playing days. His 1969 Stat card was just astounding. He just tore up my replay league with it. 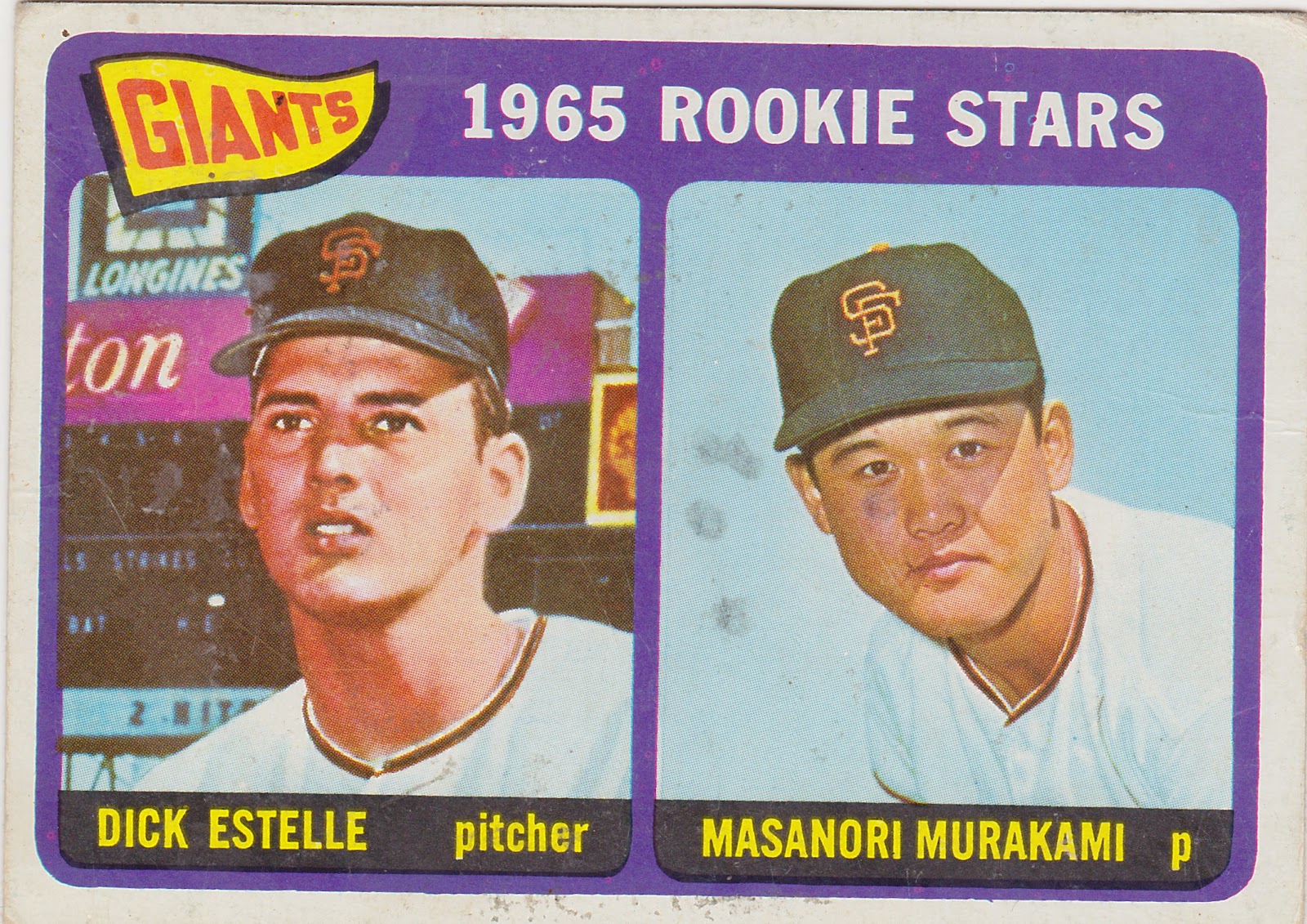 1965 Masanori Murakami/Dick Estelle rookie. I already have this card but it's one of my favorite Topps cards ever, for reasons I've blogged about previously. The Japanese native is the draw here but Estele has a backstory, too.

It's a scuffed up copy but I couldn't pass it up, even as a dupe. 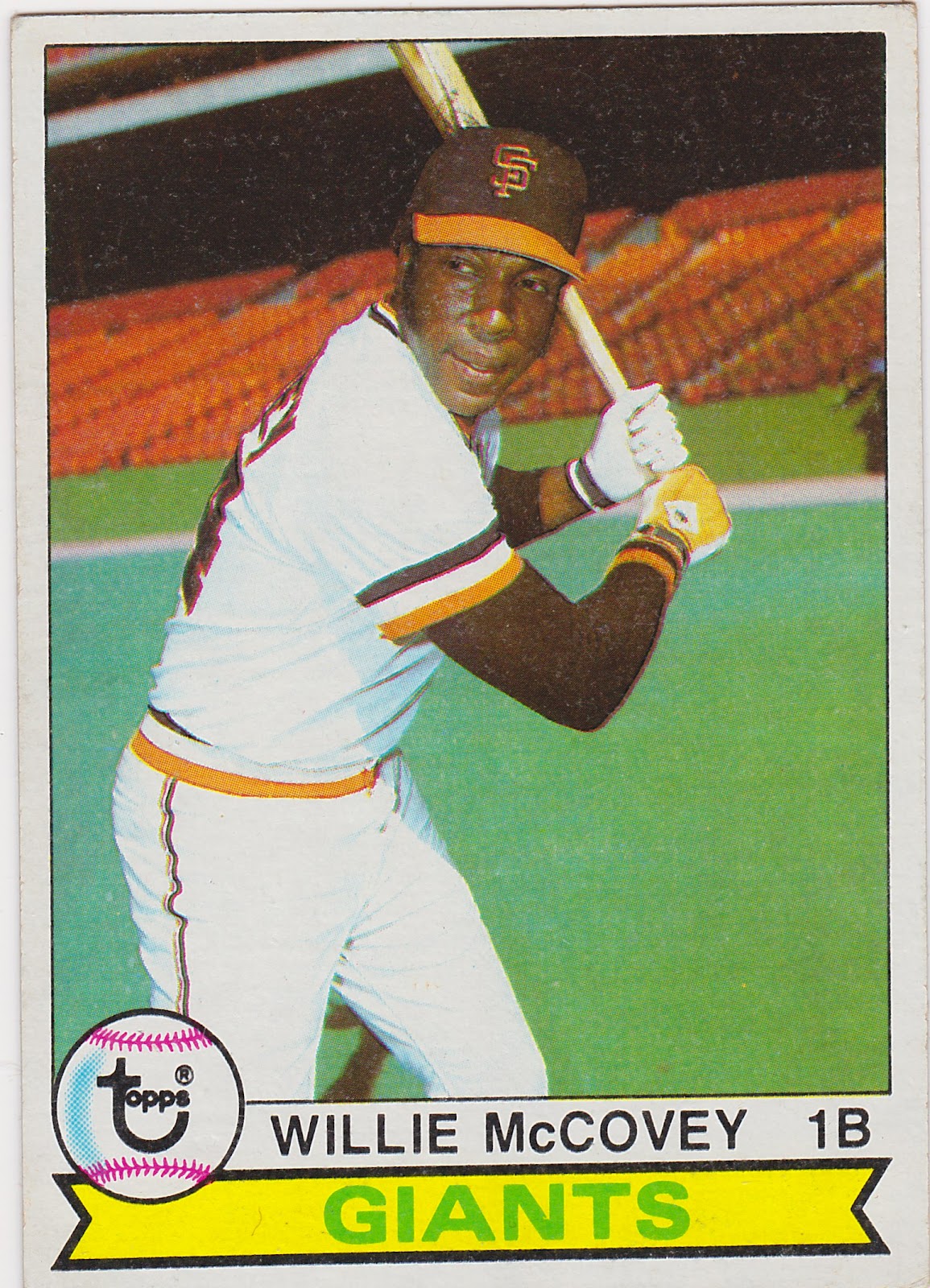 1979 Willie McCovey. For a quarter? Done deal! McCovey just has an aura. Willie Mays was the Giant you couldn't hardly take your eyes off of. But when you did it was usually to follow the flight of a huge McCovey blast. 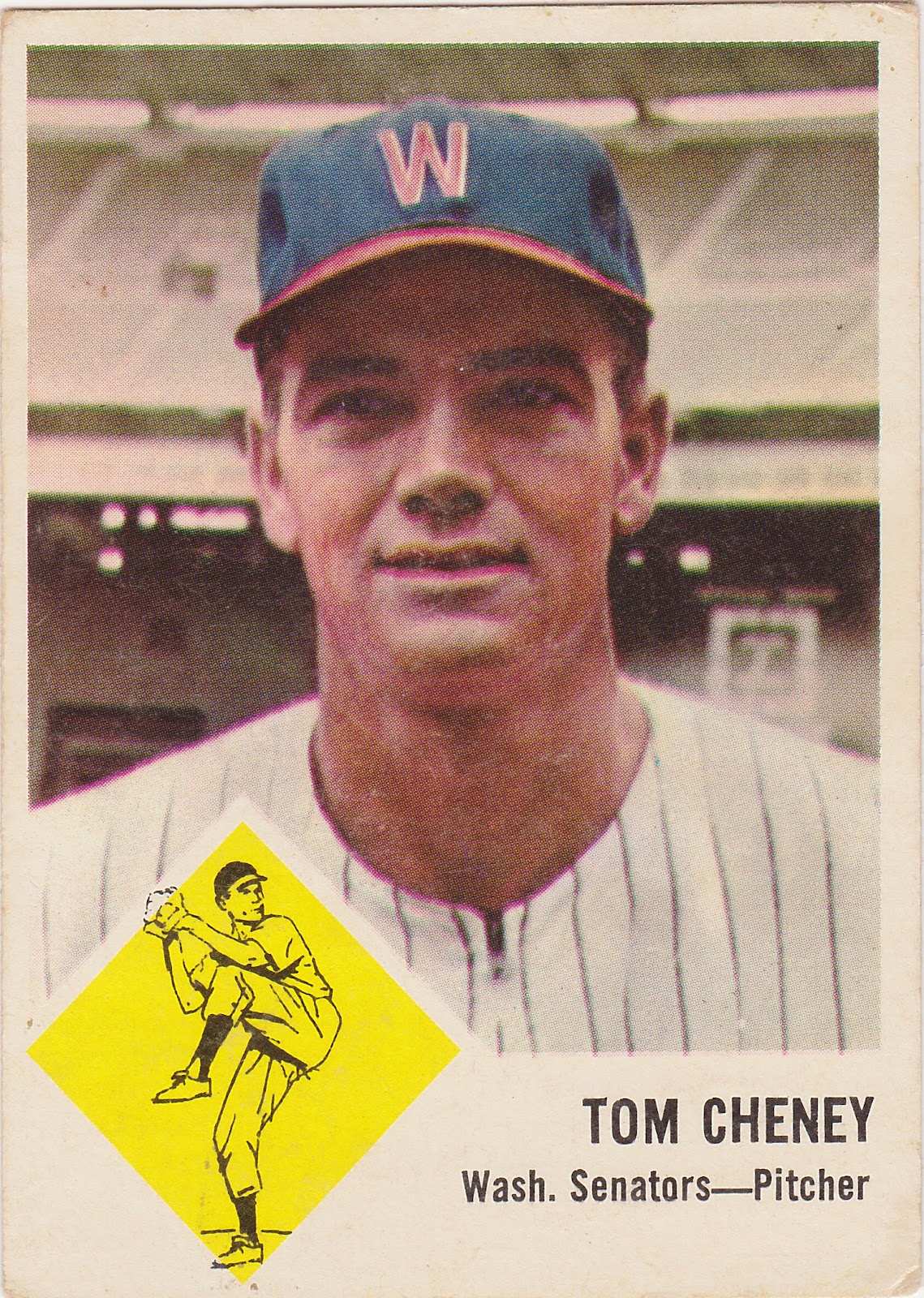 1963 Fleer Tom Cheney. I have this idea in the back of my mind that someday I'll seriously chase this set. I don't think anything caused as much of a stir in the St. Mary's School playground in the early 60s as the appearance of the 1963 Fleer packs (that cookie though!) at drug stores in Nutley, NJ.

I have the Orioles and the Phillies in the set, the Koufax and a couple of others. Yes, I used to like the Phils and I bought the Fleer Phillies in a wave of nostalgia years ago. When I find a '63 Fleer card cheap I'm going to pick it up 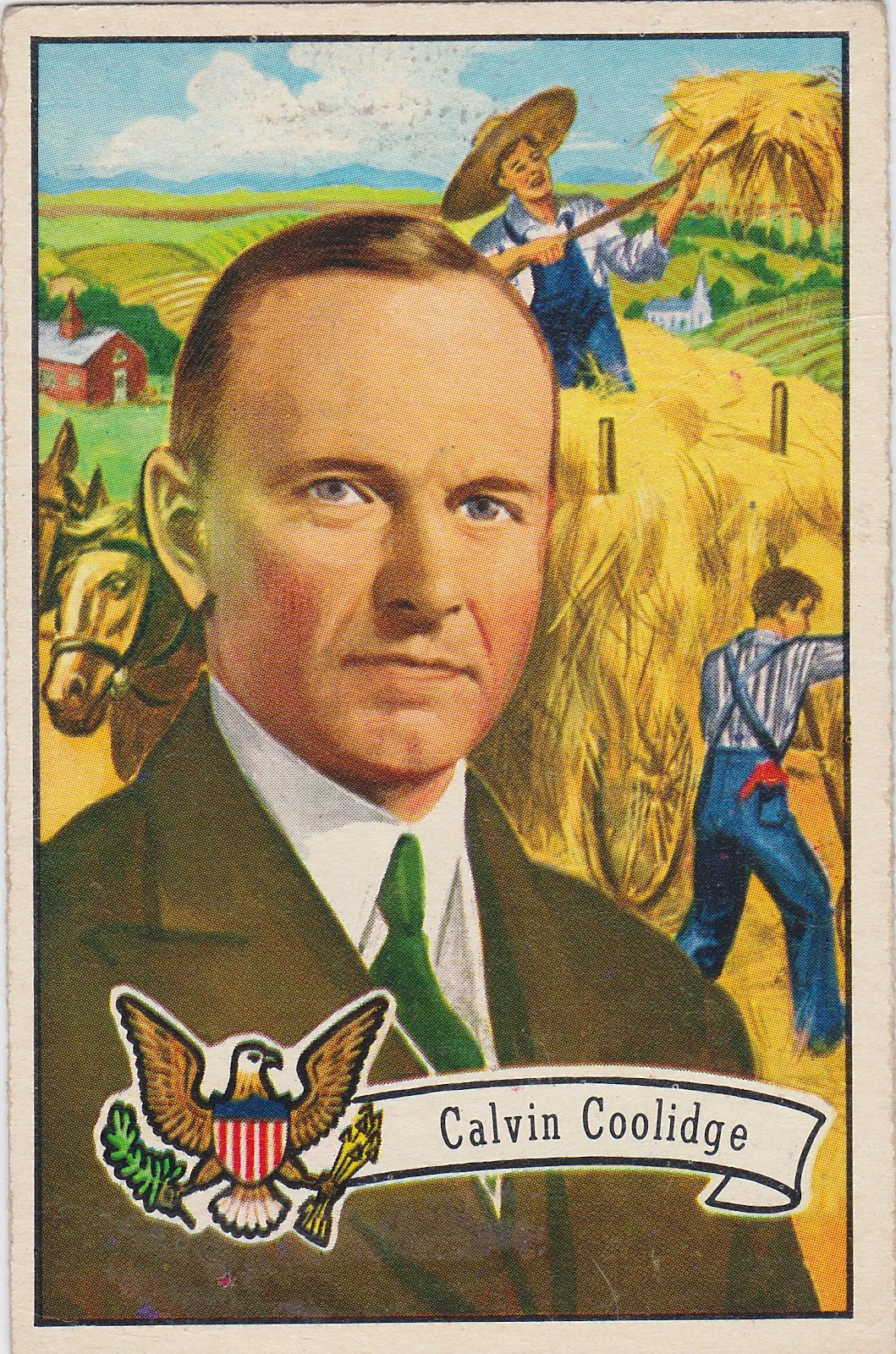 1956 Topps Calvin Coolidge. The other night I found a copy of his biography on the 'last chance' rolling cart at Barnes & Nobles. Even with about a half dozen unread books waiting on my book shelves I bought it. This will make a neat bookmark for it. (Tell me you don't do that yourself.) 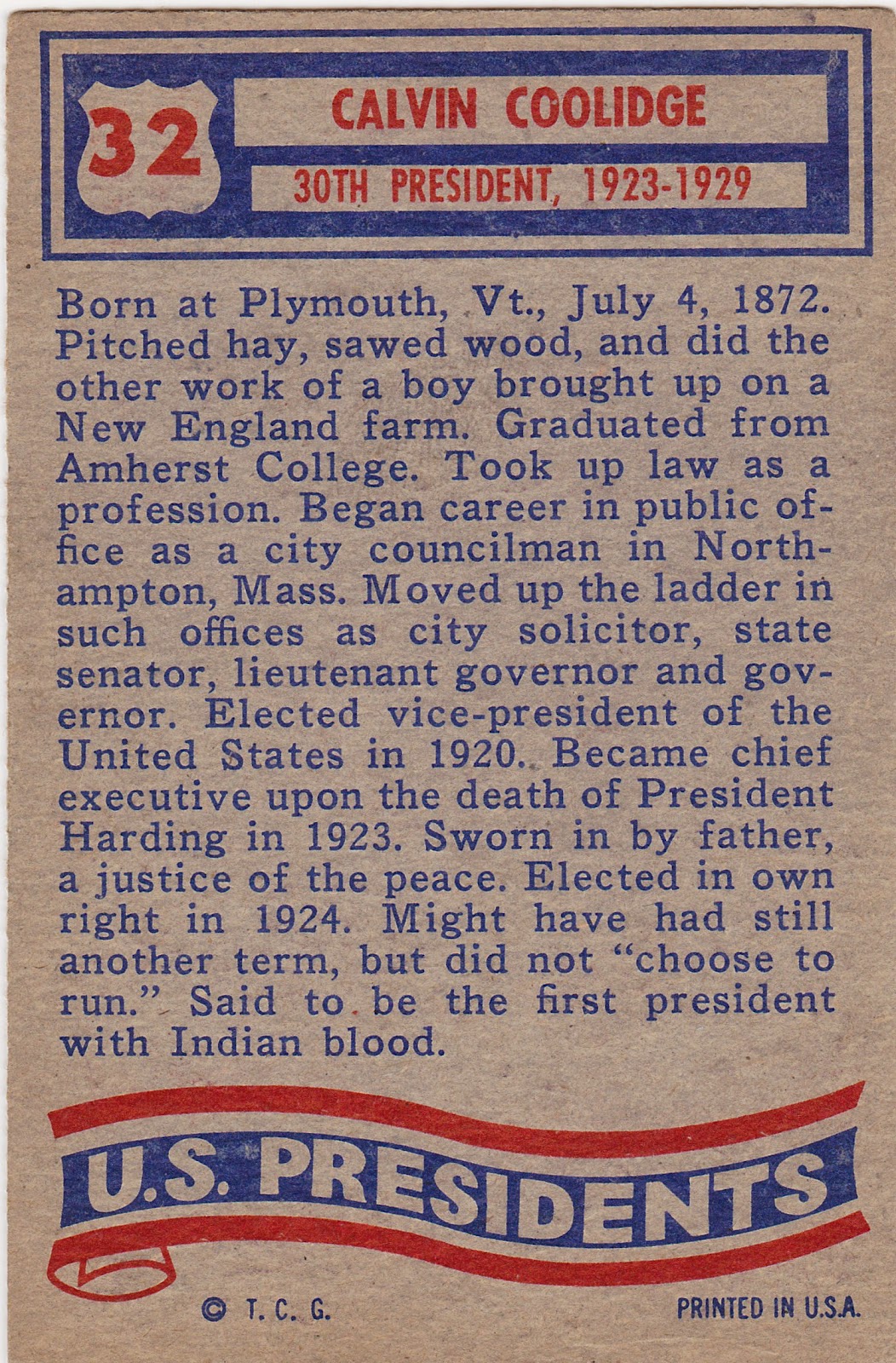 There was a fairly nice stack of these things on the dealers table, I should have bought more. Maybe I will next month. I have the Lincoln, the Teddy Roosevelt and the LBJ (that one is from the '72 re-issue). So this one is my third card from the '56 set.  The show runs regularly and it appeared to me that the dealers were all regulars. So they will still be around.

Here's the book, by the way. It got some good reviews. As a 'fan' of the presidency and it's history I'm ashamed to say I know almost nothing about Coolidge, but that'll change once I get around to reading it. 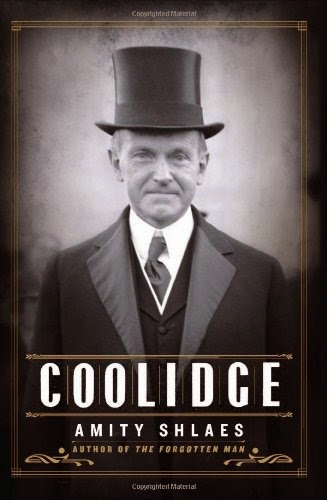 Here is my wacky card pick-up of the day. It's from the 1966 AB&C Battle Cards set. This is a re-issue of the Topps set of the previous year with a few additional cards tacked on. AB&C did a lot of sets in England,mostly 'soccer' ones and they had ties to Topps. Lots of their footie sets were based on Topps baseball designs.

The set shows 'scenes' from World War II. Why there is a Revolutionary War era soldier gracing the back is a mystery to me. Again, the dealer had a handful of these but I just picked up one. I chose this one because, well, there's a torch carrying Nazi and a leggy blonde damsel-in-distress. My 14-year-old inner self from 1966 made the choice! 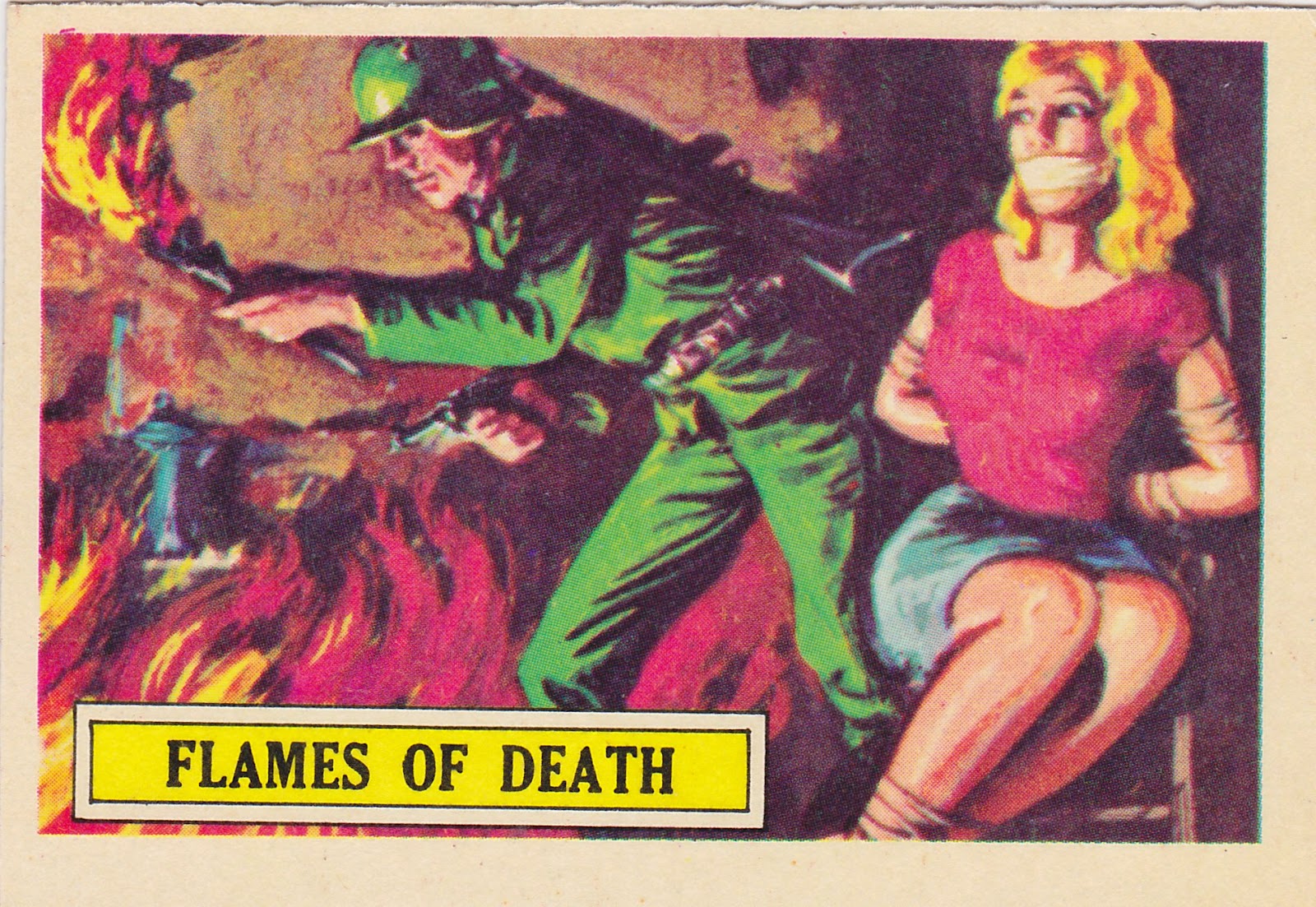 I have never heard of this set but here is how Dean's Cards describes it (you can see the checklist there as well):


The original Battle set produced by Topps in 1965 contained 66 cards depicting various battles from World War II.  One year later, A &BC Ltd, an English company, produced a replica set of the Topps issue.  The most notable difference is that the English version consists of 73 cards instead of 66.  The additional seven cards depict leaders and fighters from World War II, including President Roosevelt, General Eisenhowever [sic], the US Marines, the Nazi Army, and several others.  Card #73, the last card in the set, is a checklist card. 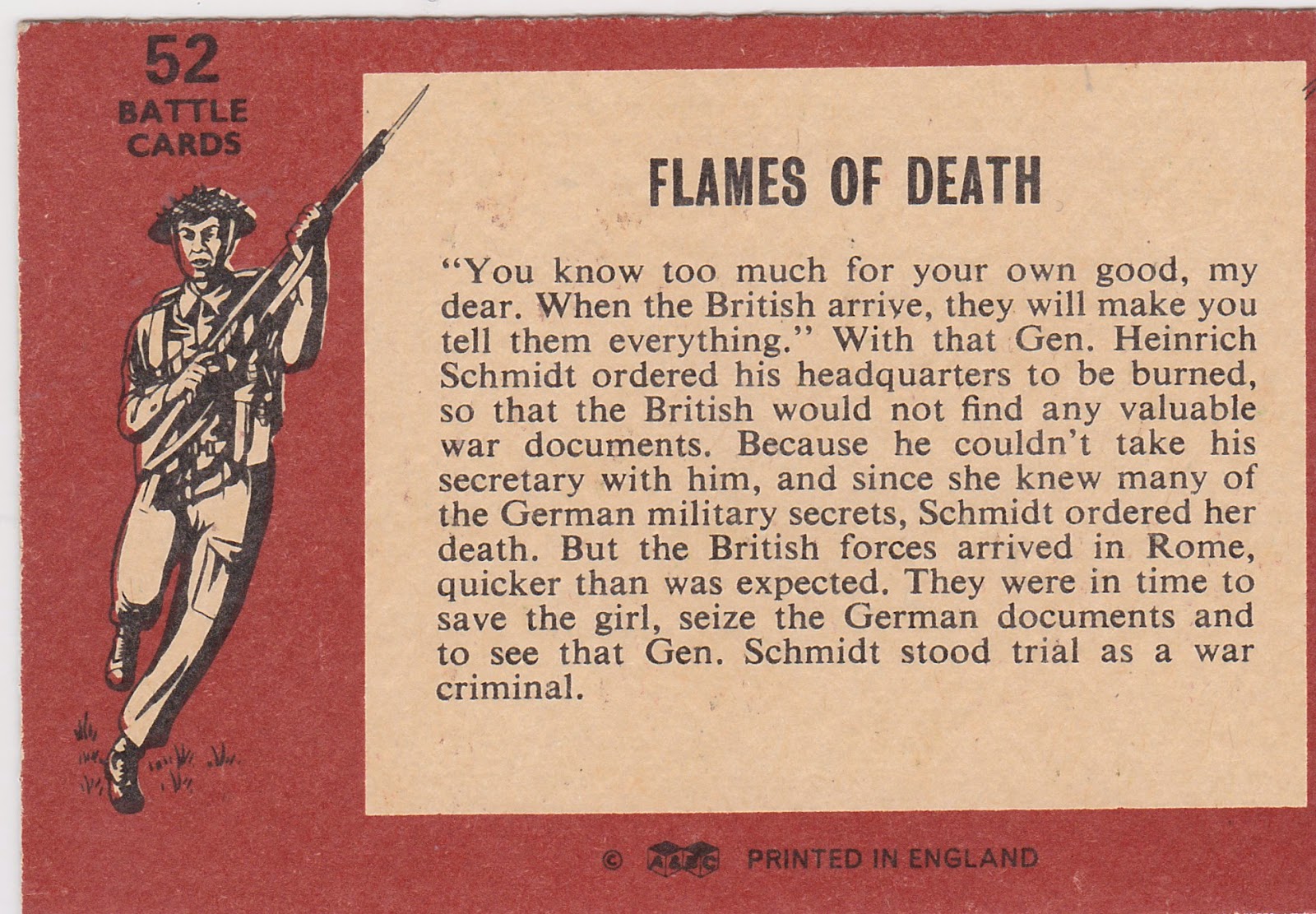 I have a bunch of other cards from the show but this is enough for today.