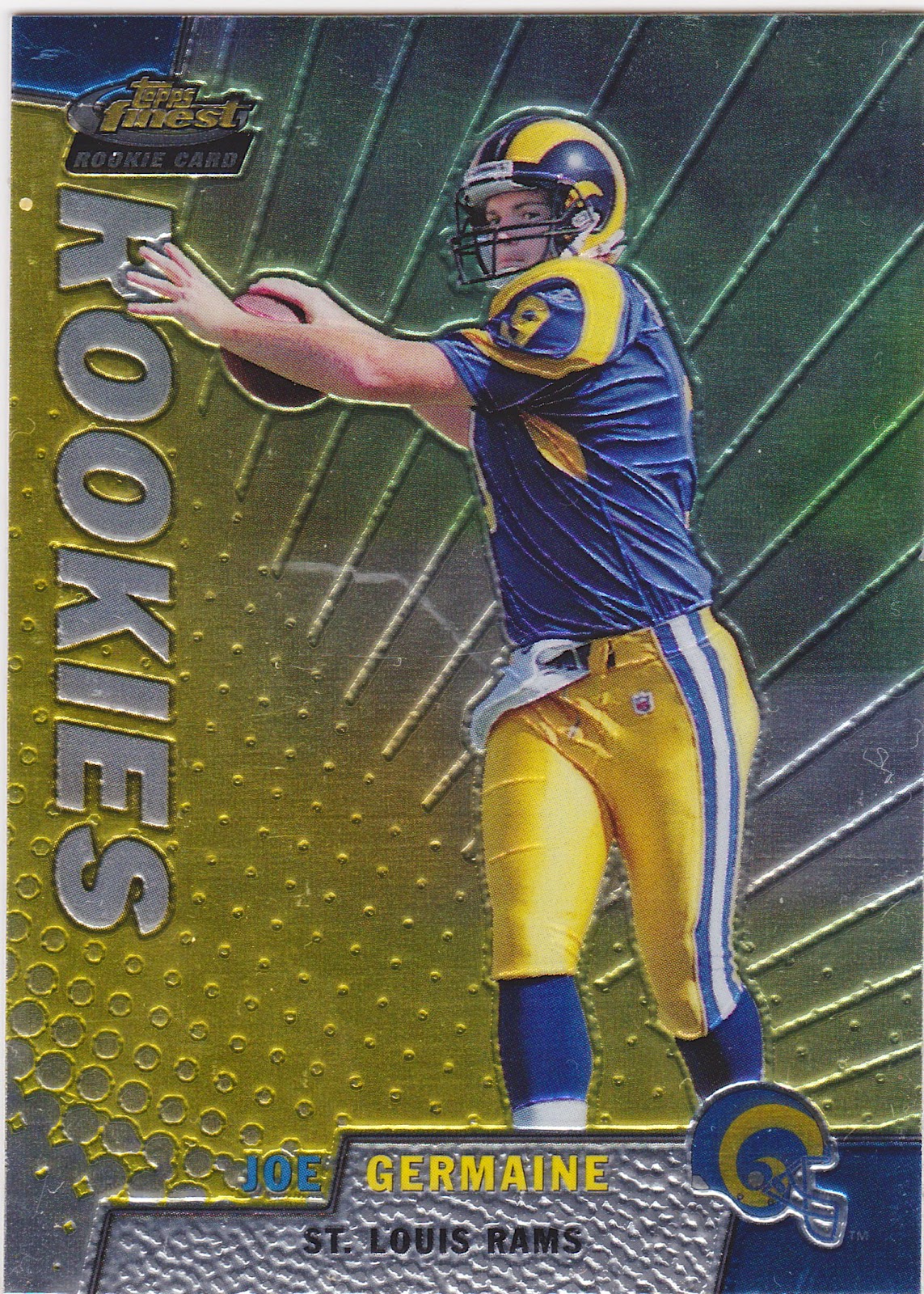 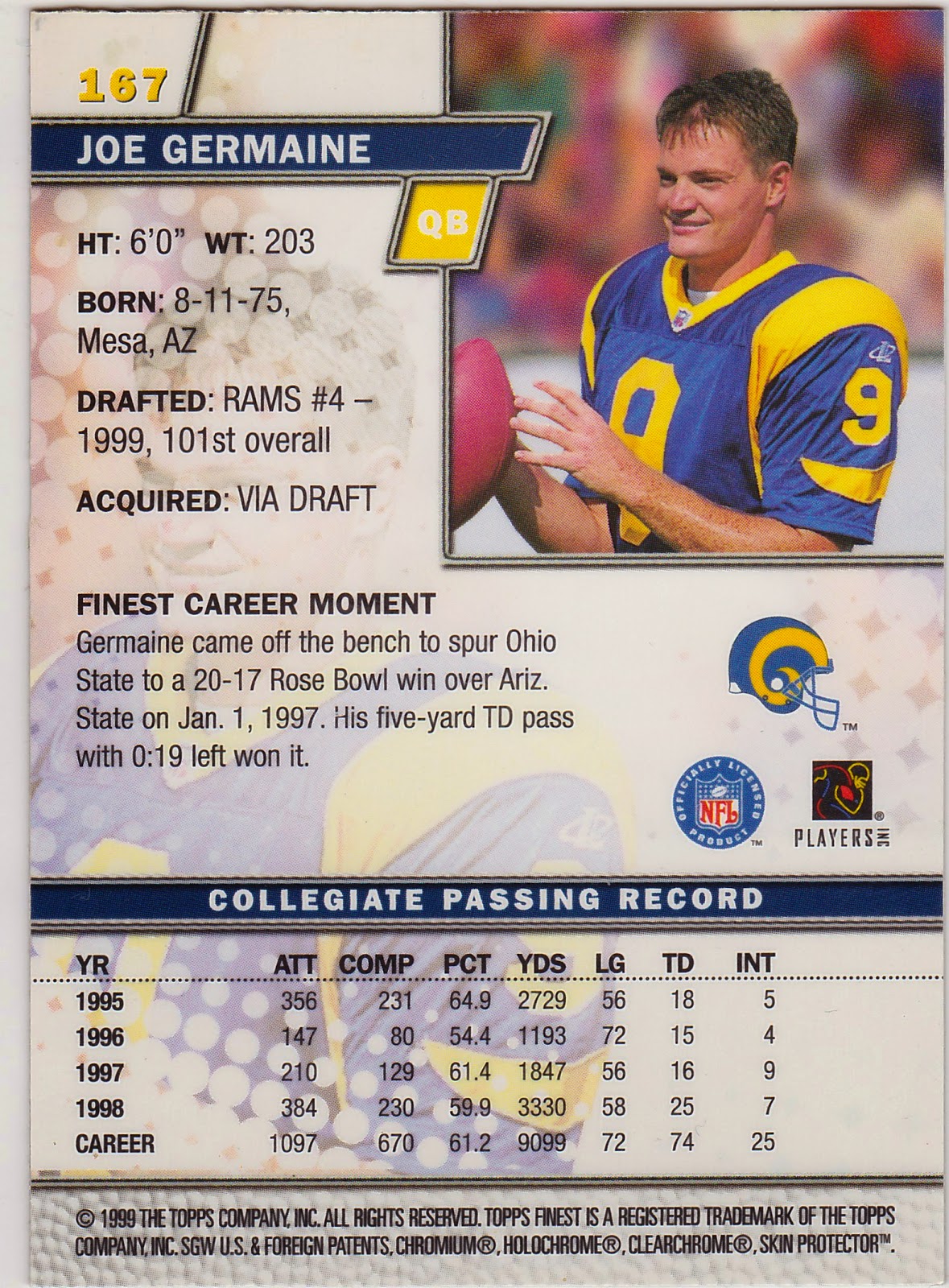 
NFL Info: Joe Germaine had a nice college career at Ohio State including a Rose Bowl MVP. He was drafted by the Rams in 1999 and won a Super Bowl ring as Kurt Warner's back-up. He played in three games that year off the bench. He kicked around with several NFL teams for a few more years, mostly as a taxi-squader/third teamer but never saw anymore game action. After a shot with the Arena League he went into high school coaching and then became involved with a personal football training company called Axon Sports.

Fantasy Impact: I had Kurt Warner in 1999 (maybe the best 15th round fantasy pick ever) and I took Joe Germaine as Warners back-up in 2000. He was cut early in the season so I didn't use him. I grabbed Trent Greene who was Germaine's replacement behind Warner and rode him to a division title when Warner got hurt.

The Card: Hey, it's the late 90s so shiny, chrome junk was expected. The front of this is just terrible. But I suspect that Topps Finest was supposed to be a bit over the top.

On the other hand the reverse isn't bad at all. Not a lot of info there but the picture is different from the one on the front and the colors have been matched to the Rams' scheme.
Posted by Commishbob at 6:30 AM