Continuing to post a few of the cards I picked up last Saturday at the hotel meeting room card show. Total cost=$12 plus gas, tolls (yes, tolls) and lunch. Total take=30 cards, give or take. 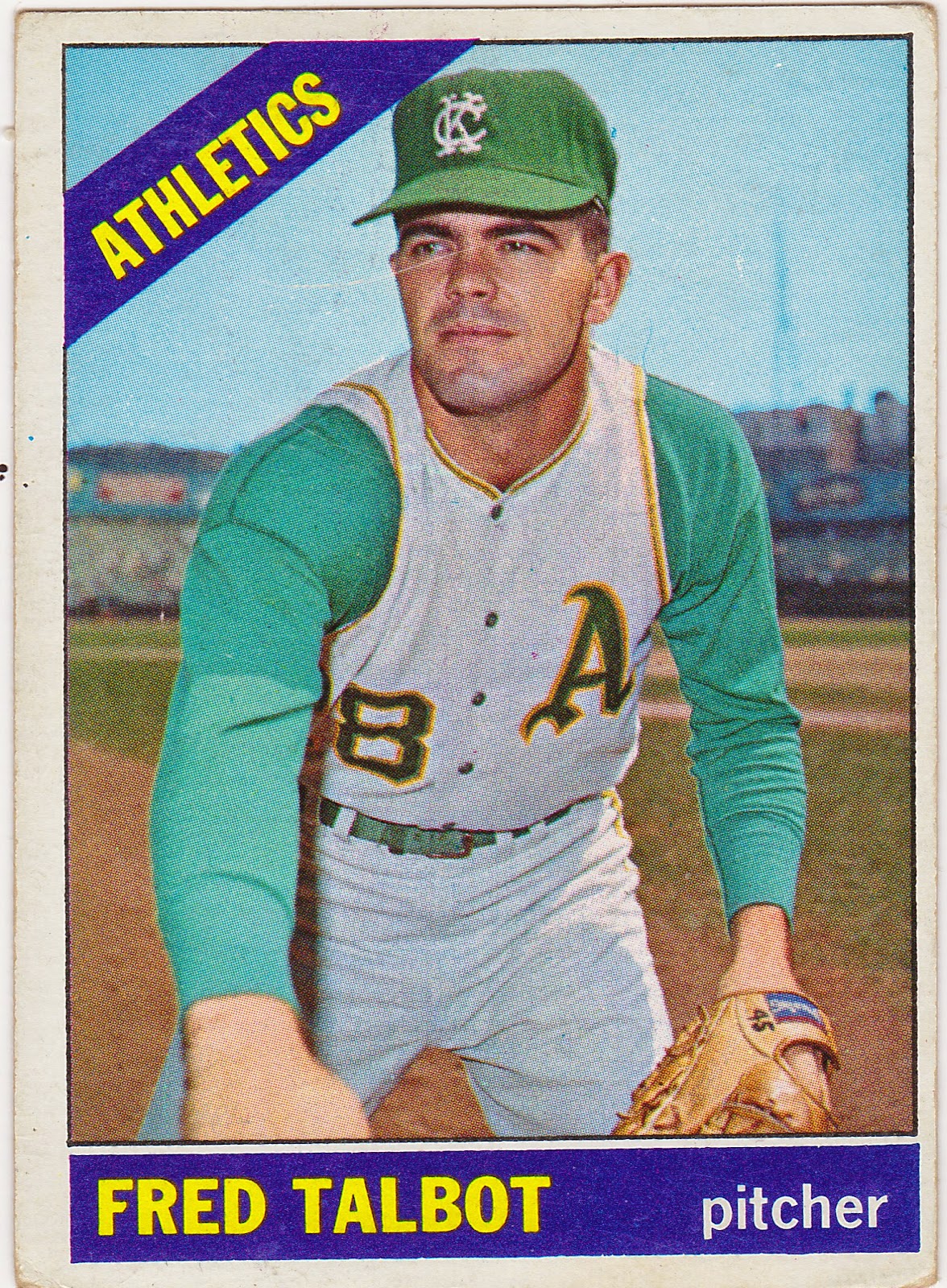 Fred Talbot and Joe Schultz played prominent roles in Jim Bouton's groundbreaking book, Ball Four. I got that book as a graduation present from my best friend's family. Hard to believe that'll be 45 years ago this summer. Seems like yesterday.

I pulled the Talbot because I like those old A's uni's so much. I like the road grays as much as, or maybe more than, the gold ones. Good stuff.

But a couple of cards later I saw the Schultz. I'm not sure why I made the instant Ball Four connection but I did. BTW... Ball Four is almost required reading for baseball fans. I know some call it the best baseball book ever. I wouldn't agree with that but it's certainly right up there among them. Bouton seems to update the book every time he has five minutes and a cup of coffee, I believe it's up to Version 10 or so now. 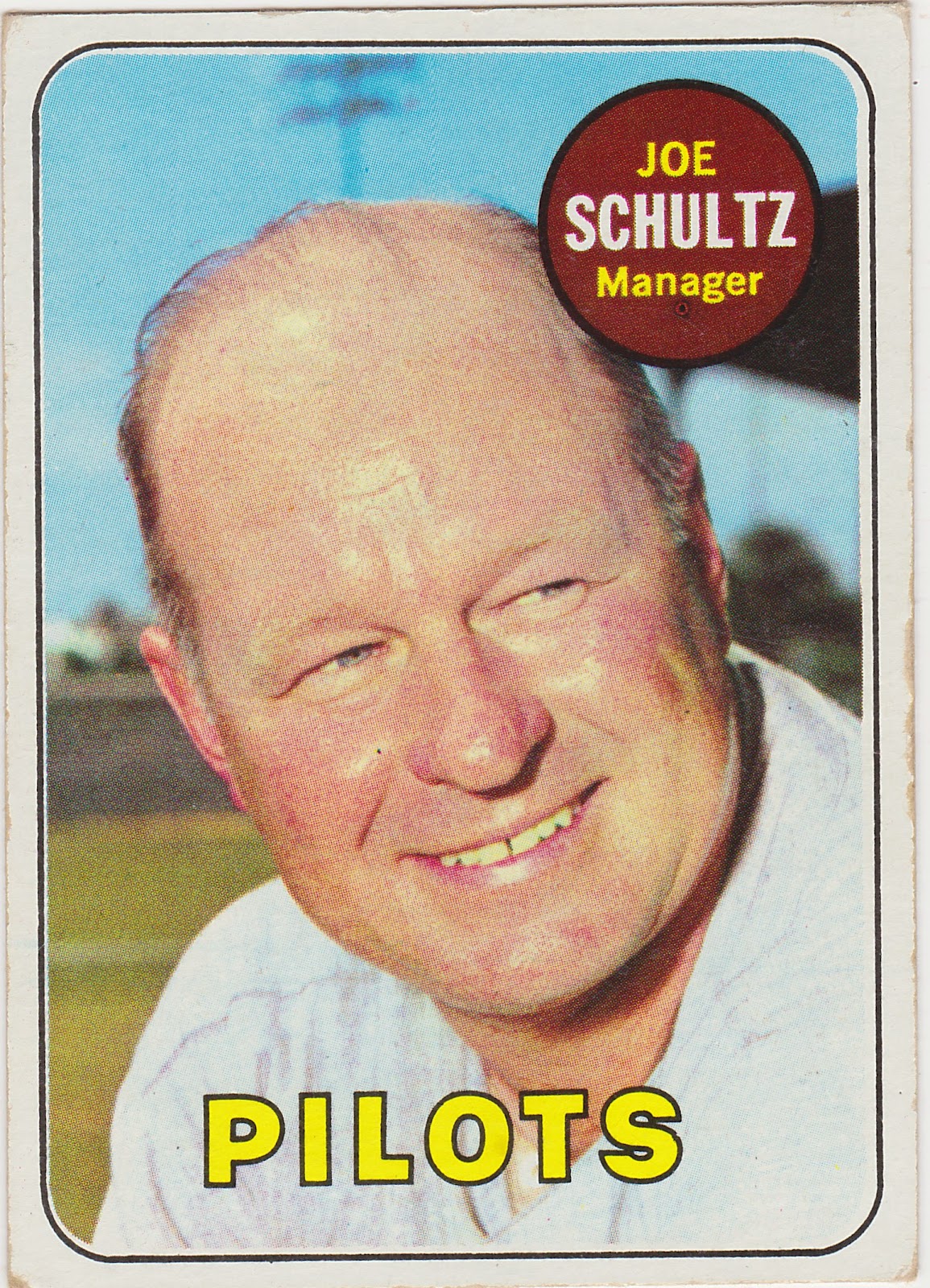 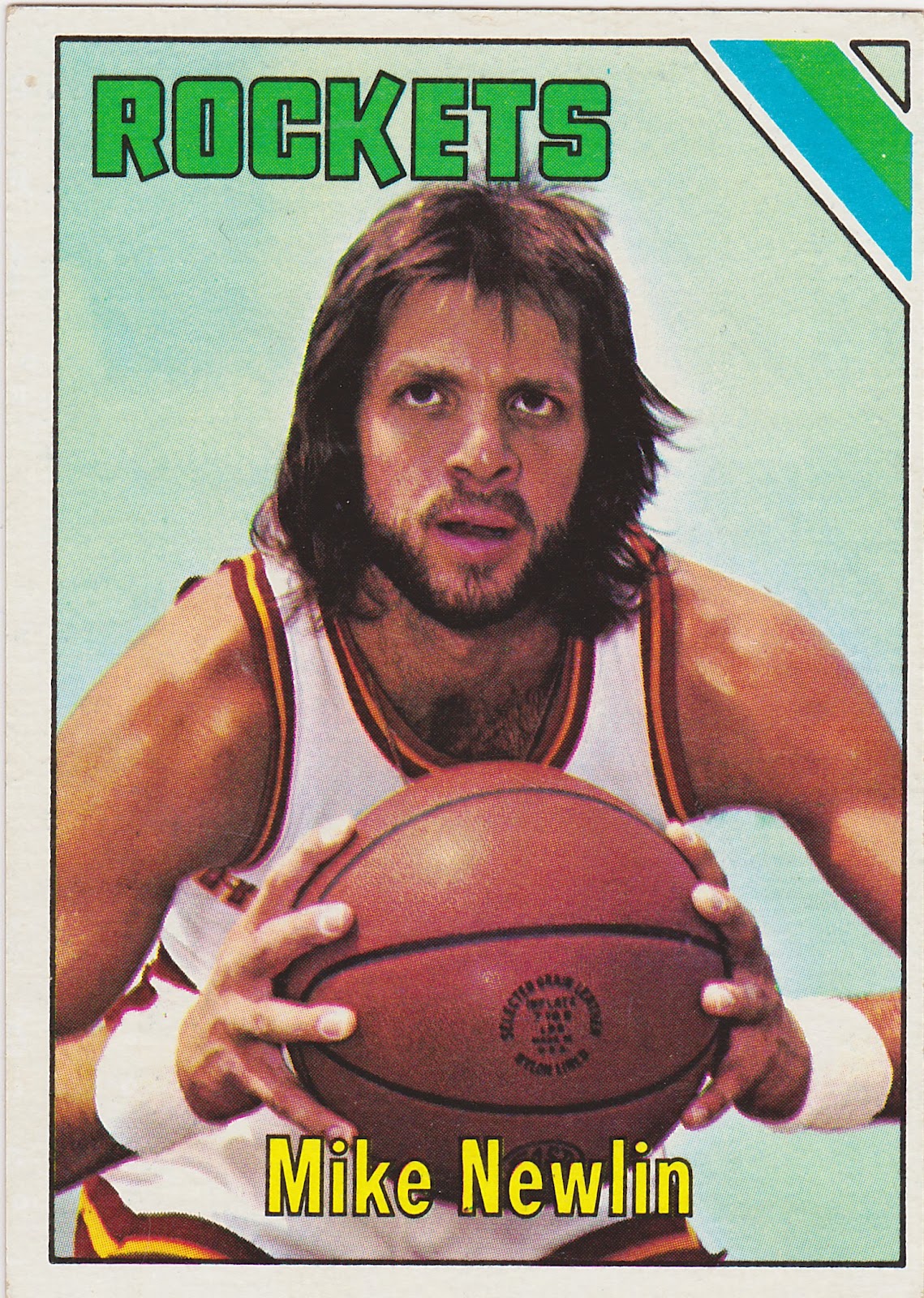 1975 Topps Mike Newlin. This one made me stop as I was shuffling through the stack. My goodness. I remember him but I don't remember him looking that much like a caveman. Newlin was with the Rockets when they came to Houston in 1971 and I saw a ton of games since they were playing on the UH campus. He was a loose cannon on the court. And off the court as well. I was playing in a softball league one summer and Newlin along with Houston Oilers center Carl Mauck and a few other local pros he was friends with were on a team in that league. One night they were playing the game before ours and Newlin barrel-rolled into second base (who the hell slides in slo-pitch softball?!?!) and broke the other team's infielder's leg. 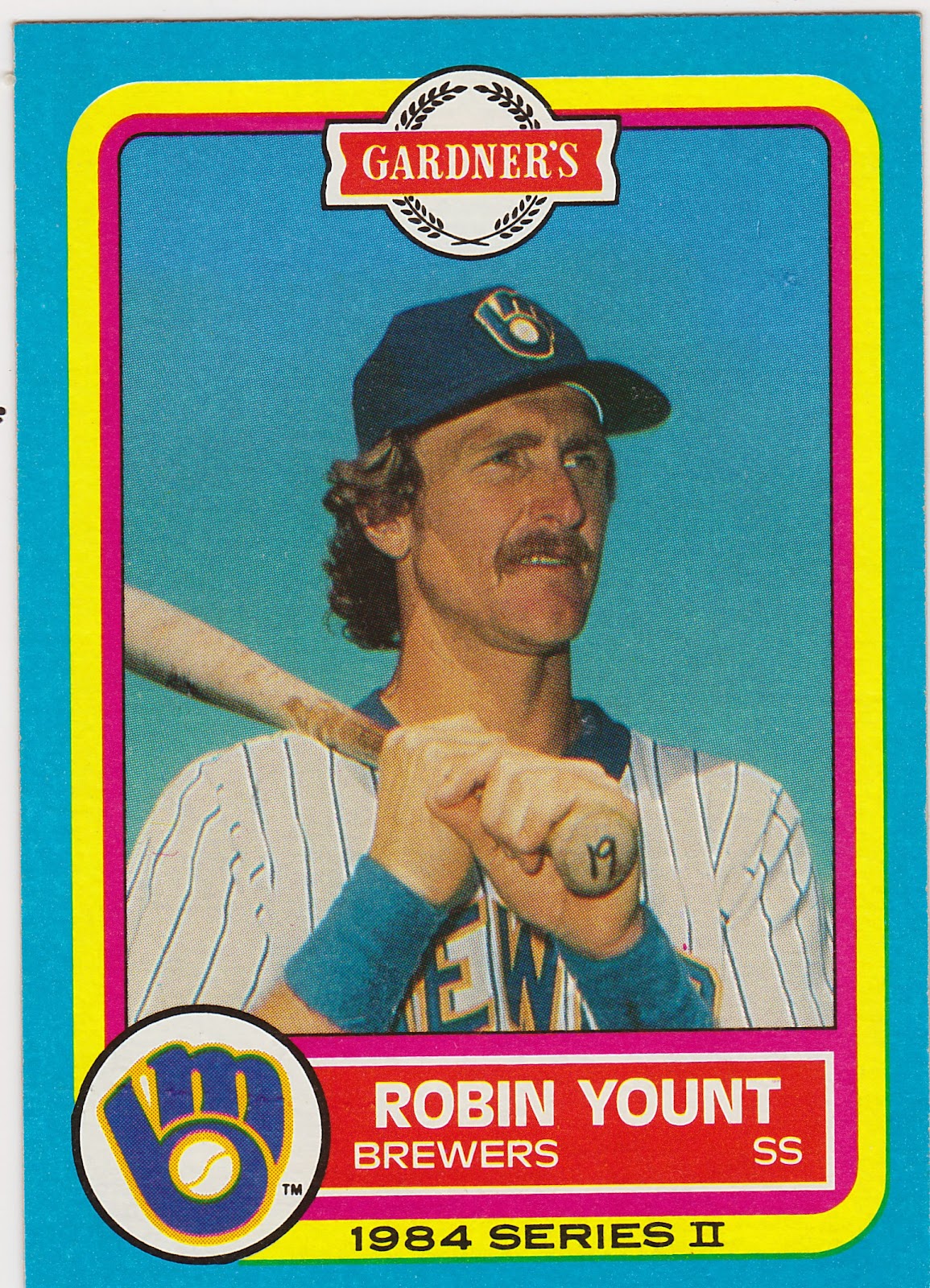 I don't collect Robin Yount but I know a few guys that do. I snagged this because I have never seen a Gardner's card and it's a Hall of Famer on vintage oddball for a quarter. If you want it, say so.


I only bought one or two football cards. For one thing I'm knee deep in Baltimore Colts cards at the moment and for another I'm trying to be more baseball-centric with my Spring Training trip coming up.

But Joe Morrison was one of my father's favorites. Seeing this card brought back memories of listening to Giants' games with my old man. Marty Glickman was a fabulous broadcaster. 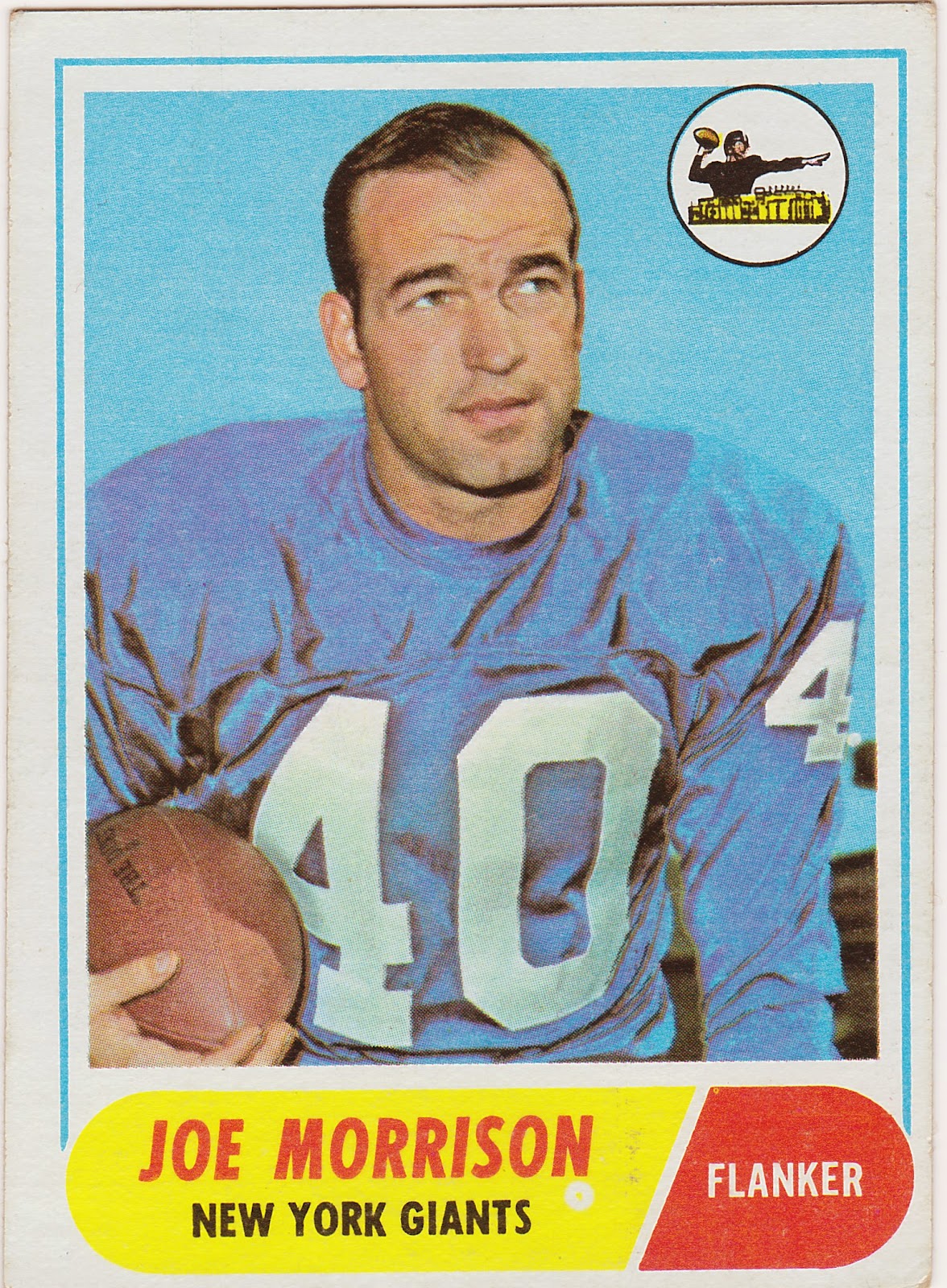 I'd forgotten about these Kelloggs' Rold Gold* old timers. Most of the set was in one of the boxes at the show. Looks like Walter Johnson is warming up in Memorial Stadium in Baltimore. So it's a time-traveling Hall of Famer card. Cool.

*=Credit to Mark Hoyle for pointing out the Johnson was possibly a Rold Gold card from 1970. Kelloggs' reissued the set in 1972 under their own banner. 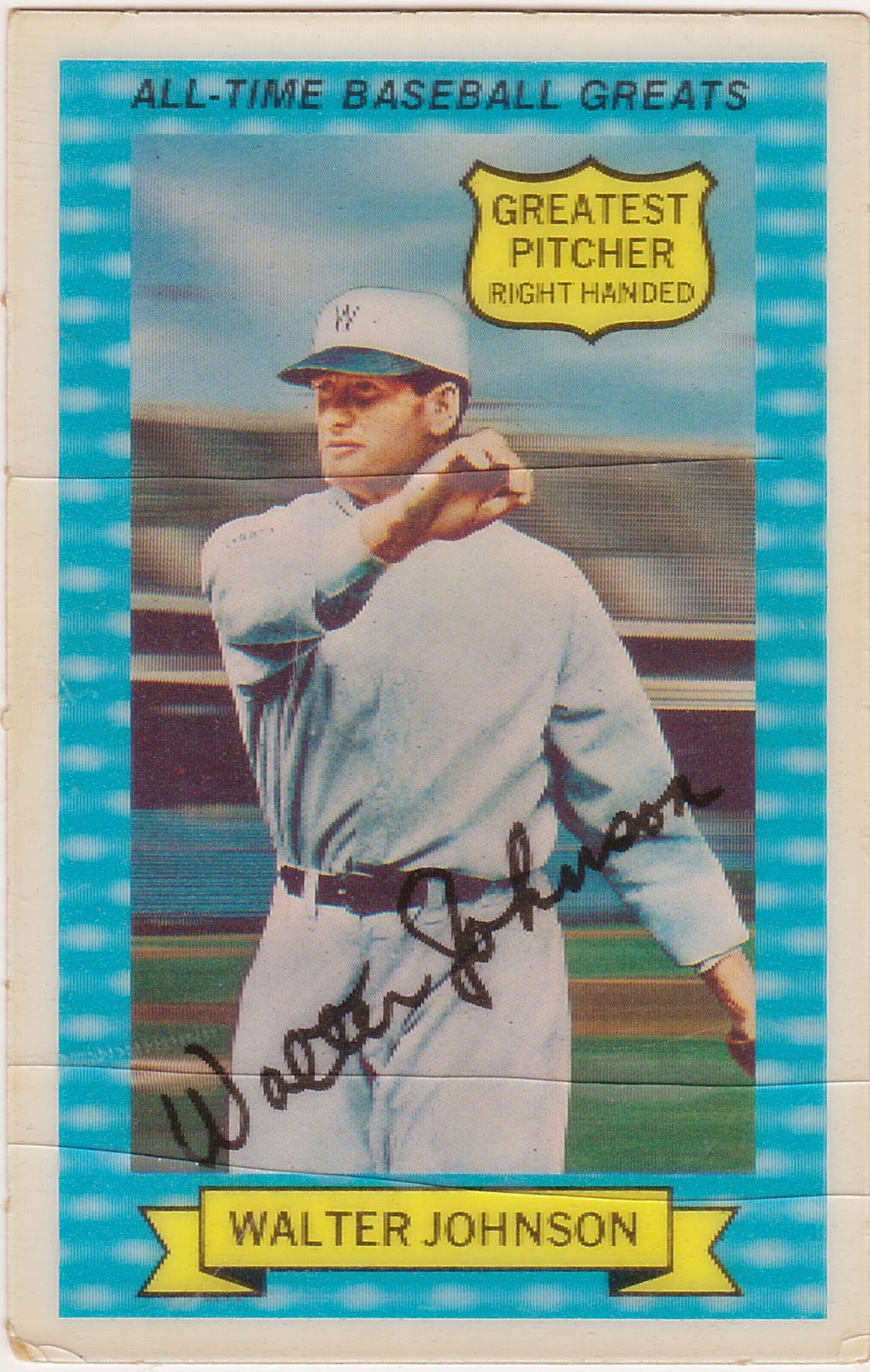 This is a Brooks Robinson Rawlings card of some sort, probably a glove promo card that came attached to a Brooksie model. Finest in the Field. And he was. 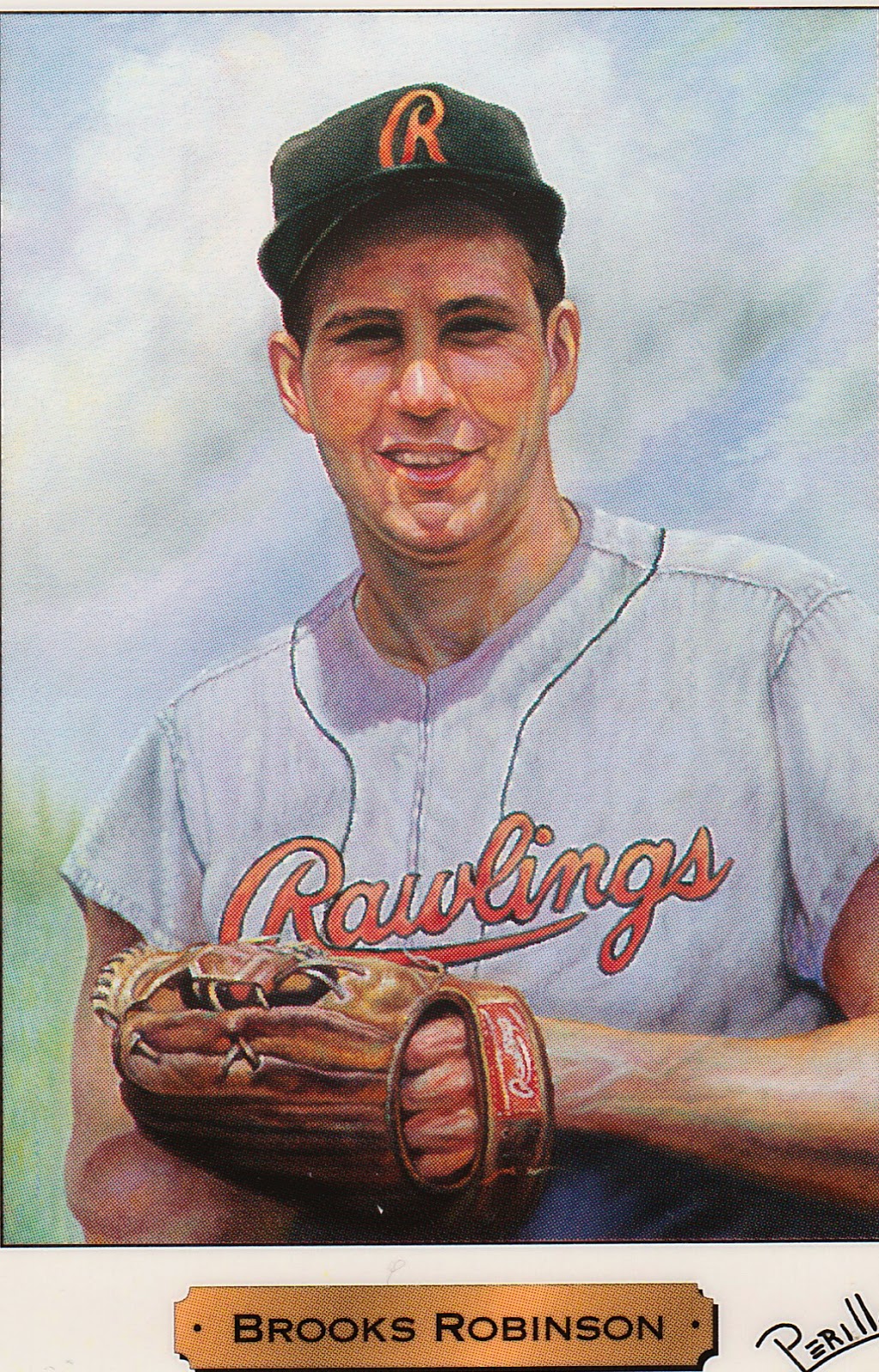 The back makes it known in no uncertain terms that this is a 'Promotional Replica' and it contains 'No Gold Content'. I'm glad they did that because for a few seconds I thought I'd struck gold. Meh. 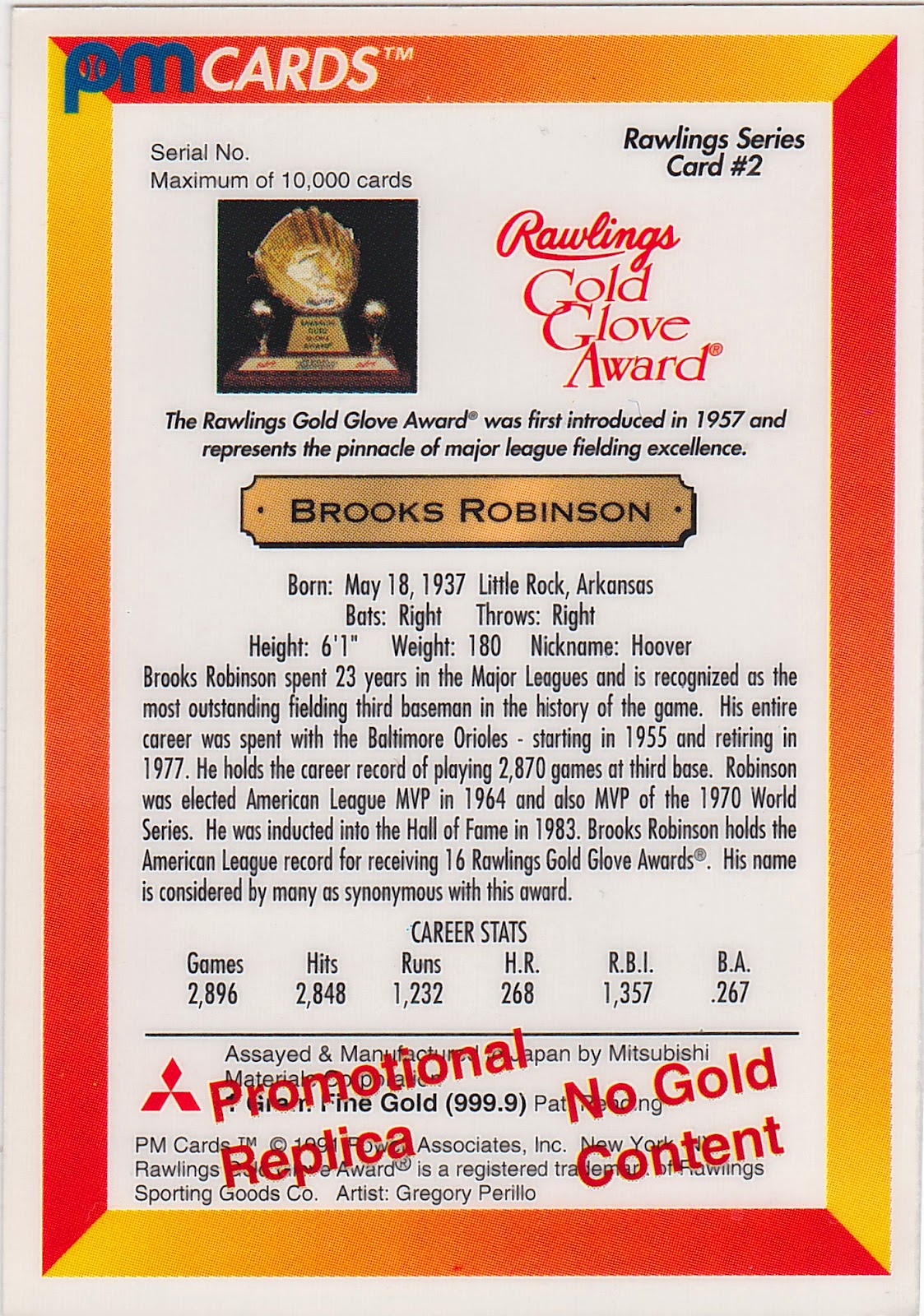 Lastly, another oddball food issue. A Cap'n Crunch Cal Ripken. I've never tried Cap'n Crunch. I'm not sure why. Not sure why I bought this card either. It's the least interesting of them all, at least to me. 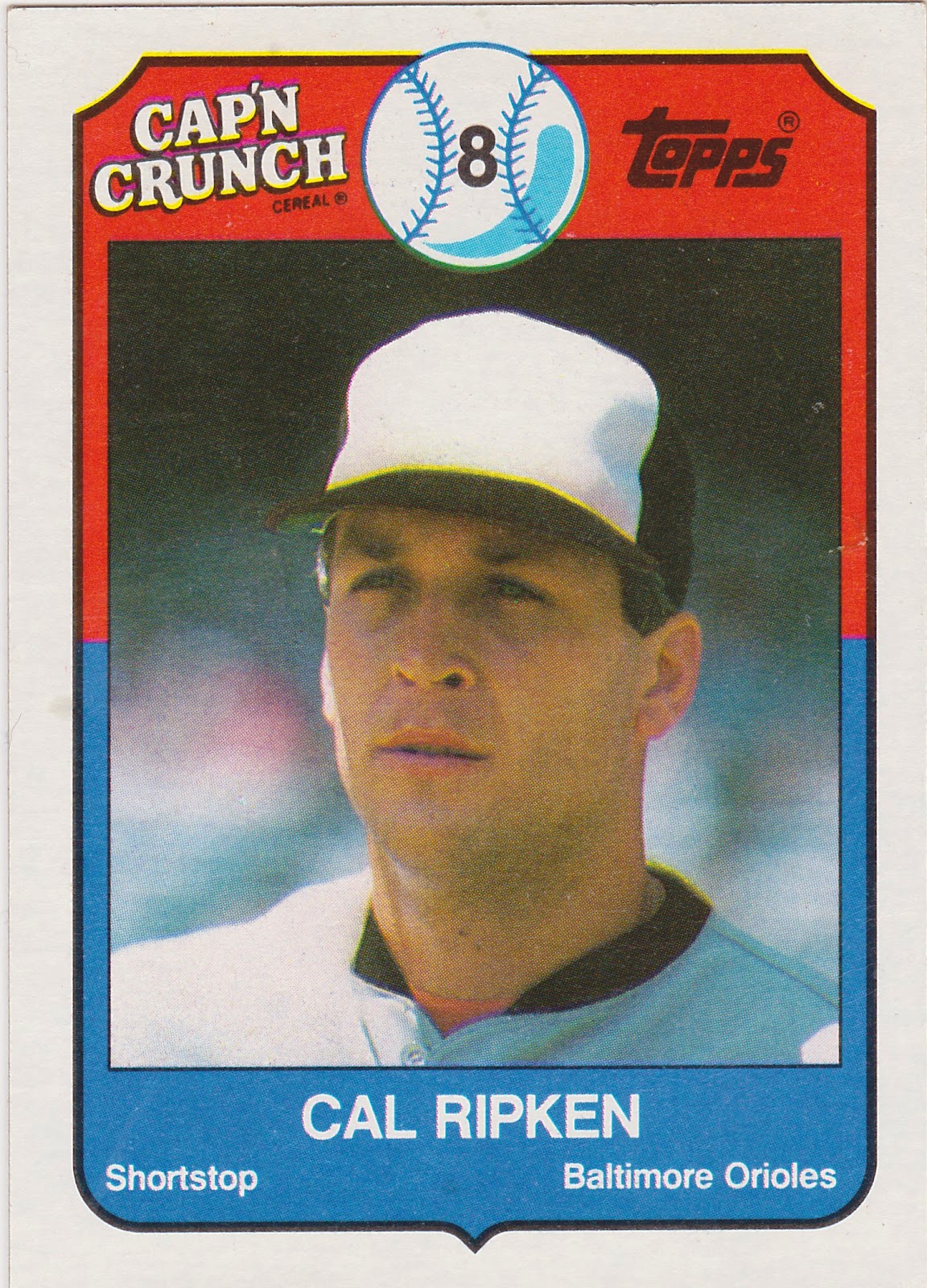