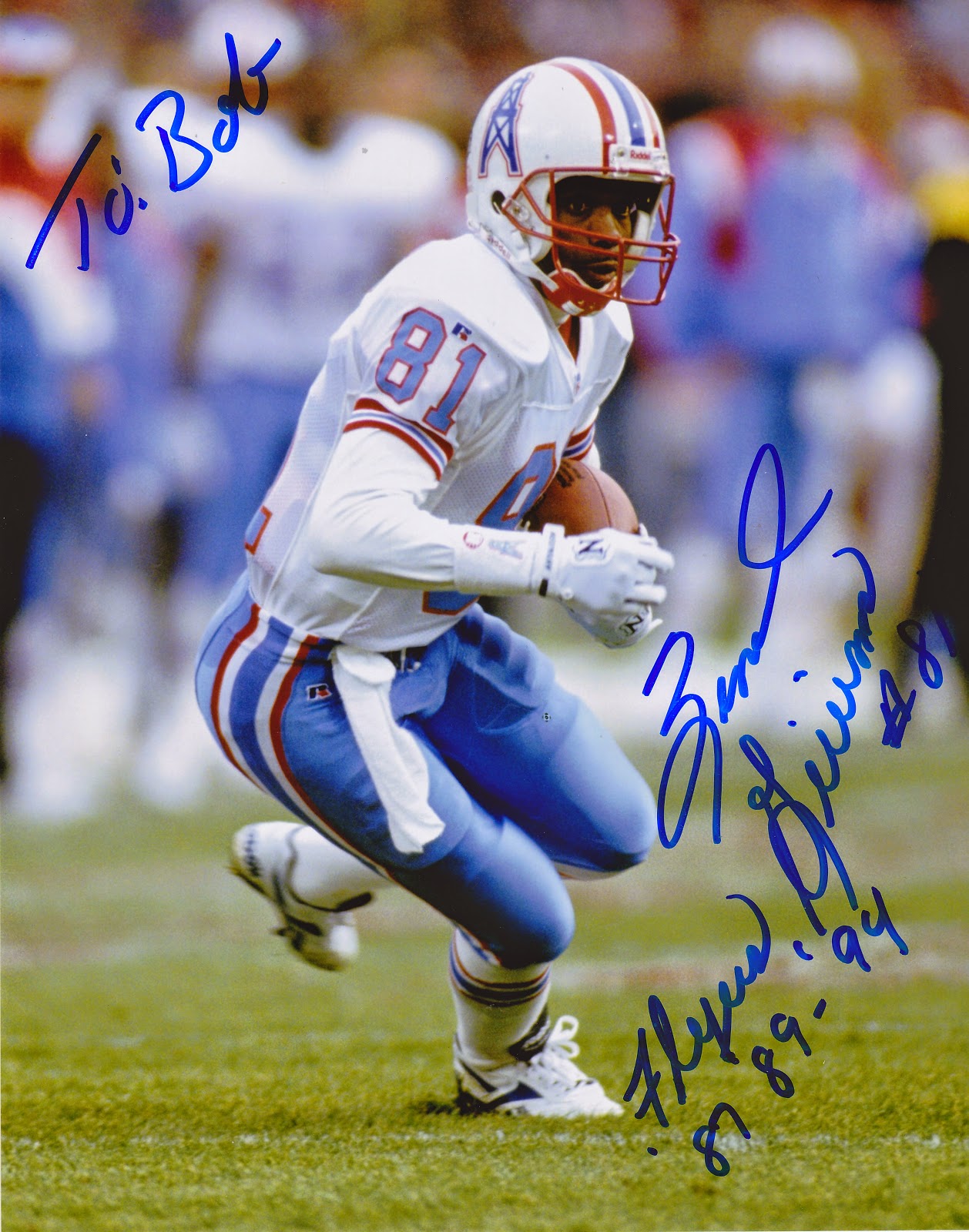 At the TriStar show this past weekend the usual array of high priced autograph guests were brought in. I'll spare you my rant about the nearly $200 price tag on a Roger Clemens signature but needless to say I didn't pony up for any of them, not even the $35 to be photographed with some skanky fake wrestling bimbo diva.

I did however take advantage of the fact that former Houston Oiler wideout Ernest Givins had a table out among the dealers and was selling photos and such that he was signing. A quick phone app check of my fantasy football database (Dropbox is awesome) showed me that I had Givens on my team three different times. So I walked over, selected a picture and asked him if he'd inscribe it with that info.

He laughed about it and asked me why I had drafted him so often. Then after he'd signed the photo he said "You missed my best seasons!". As I expected he turned out to be a very nice guy. The small fee for his photo and sig made for a much more memorable moment than the time a Hall of Famer whose name I won't mention signed my baseball at a show and then rolled it back across the table to me without looking up.
Posted by Commishbob at 7:00 AM