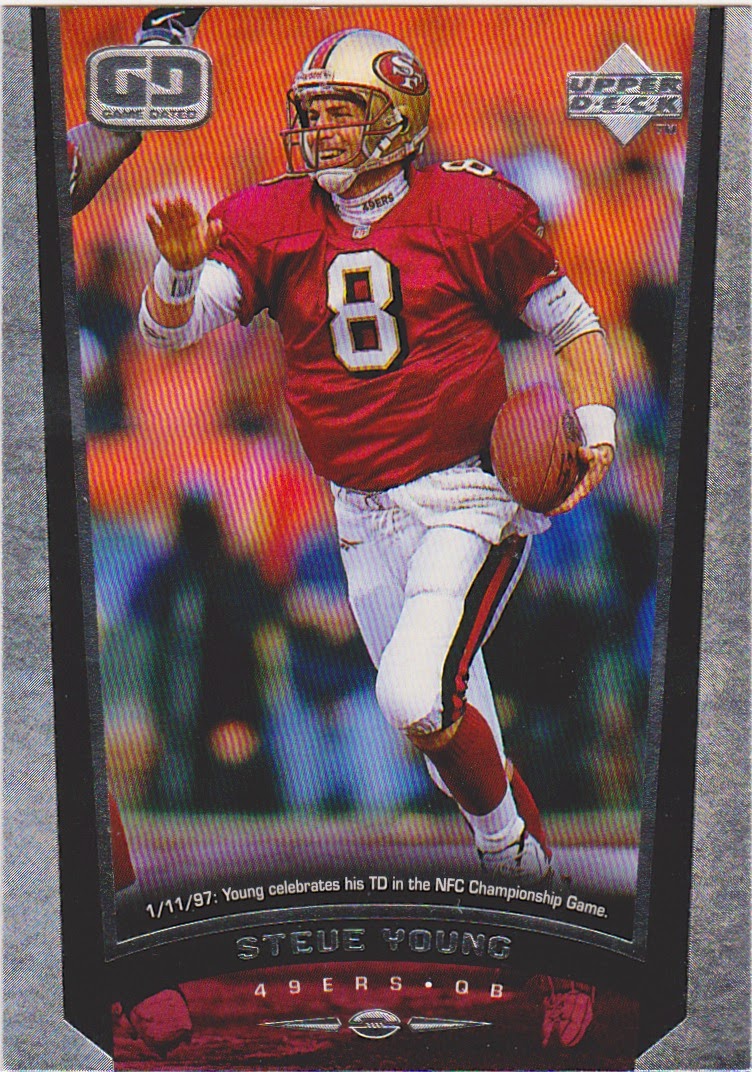 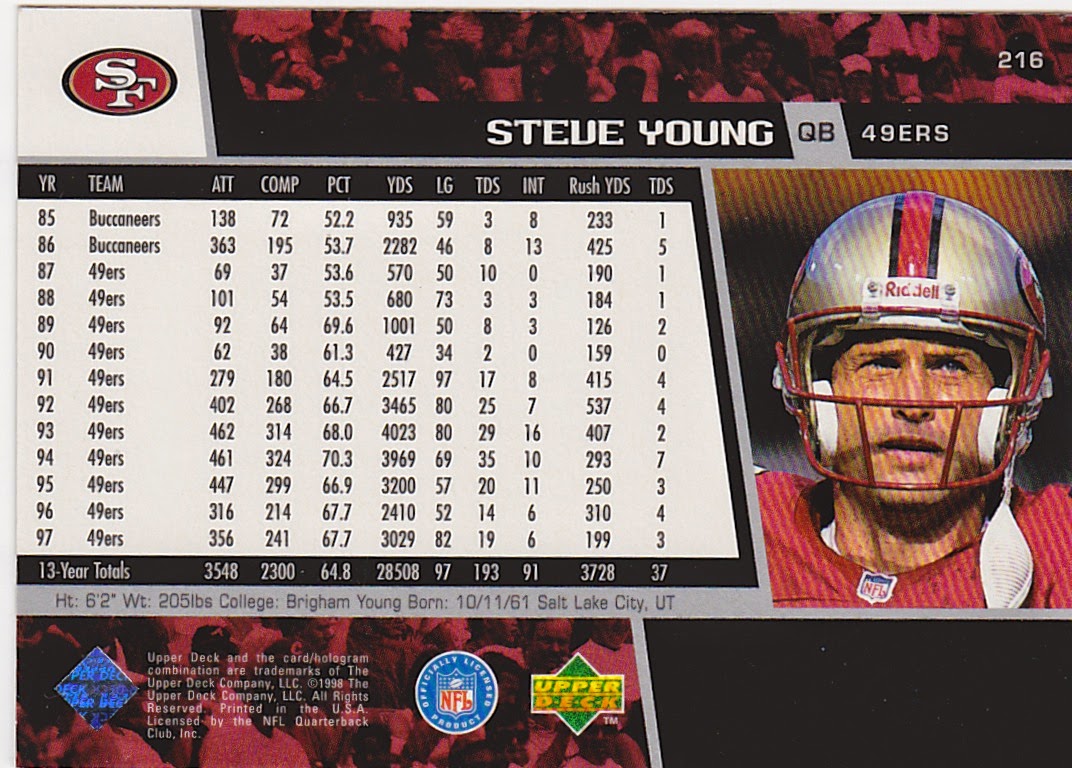 NFL Info: A lot of people think of Steve Young as a quarterback for the 49ers. They forget (or never knew) that after his days at Brigham Young he played in the USFL and for the Tampa Bay Bucs and a couple of seasons backing up Joe Montana before his 'glory days' in San Francisco.


His post-football playing career includes work in philanthropy, private industry and as a talking head on ESPN NFL shows.

Fantasy Impact: I had Young rostered in 1988 (bench, no starts), 1989 (bench, one start and a playoff start which I won) and then again a decade later in 1998. That year he started the maximum number of games for me and helped me make the playoffs. He was outstanding that year, averaging just about three TDs a game.

The Card: Upper Deck had some really nice cards back in the day. I like this one a lot. May be a bit busy design wise but the grey side borders, the clear pictures and full stat section all are good. I don't know if the 'Game Dated' designation marks a subset, a separate set or what. Who knows if the photo is really from the stated date but in any case I like the card.
Posted by Commishbob at 11:18 AM