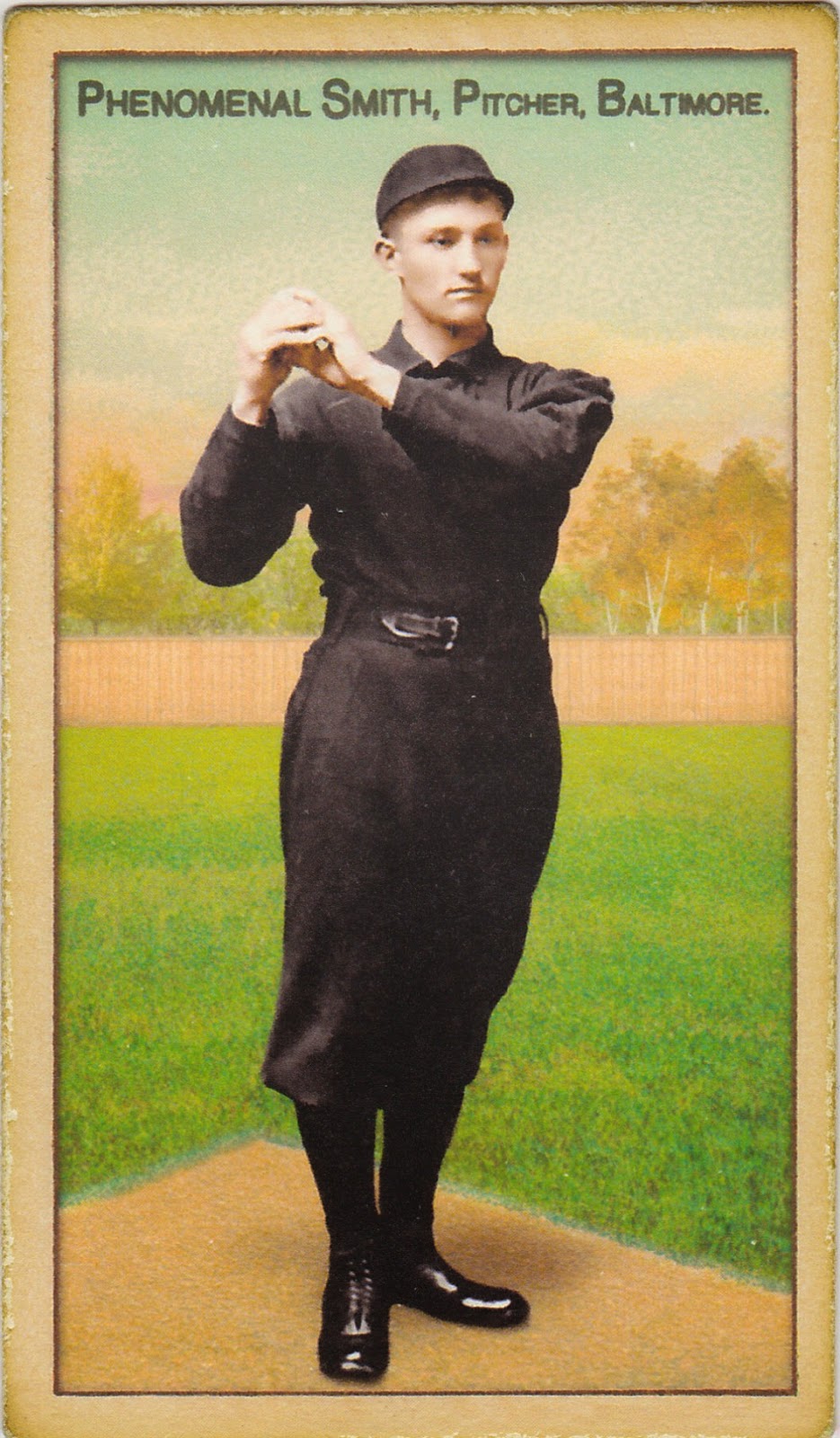 Great name for an 1880s ballplayer! 'Phenonenal' Smith was born John Francis Gammon in Philadelphia in 1864. Baseball Reference says he grew up in New Hampshire and played pro baseball from 1884 through 1891. His career including stints with six different major league teams in both the National League and American Association. He is pictured on this 'art card' as a member of the Orioles, the team he pitched the majority of his games with during a stay that lasted from 1887 through '88. For that version of the O's he went 39-49 but he had a decent ERA of 3.72.

He received his whimsical nickname when he struck out 16 batters in a game in 1885 while pitching for Newark, with no batter hitting the ball out of the infield. After his major league pitching days he played  as an outfielder in the minors and showed his batting prowess by winning a batting title with the Manchester club in 1901. He spent the bulk of those minor league seasons as a player/manager. His most notable accomplishment was discovering Christy Mathewson when the future legend was a collegian pitching at Bucknell. After baseball Smith served as a police officer in Manchester, NH and lived there until his death in 1952. His Sporting News obituary makes for entertaining reading.

Here is a story from Wikipedia concerning this unique baseball personality:


On June 17, 1885, while playing for the Brooklyn Grays, his team decided to punish him for his perceived brash and cocky demeanor by intentionally committing 14 "errors", losing the game 18-5. All eighteen runs against the brash left-hander were at first scored as unearned‚ but record books indicate that eleven of the runs were earned. Having been nicknamed "Phenomenal", he reportedly claimed that he was so good that he did not need his teammates to win. The intentional misplays of his teammates caused club President Lynch to fine the guilty players $500 each‚ but he reluctantly agreed to release Smith to ensure team harmony.

I really can't do Phenomenal Smith justice in a few paragraphs. Check out Bob Lemke's blog post from a couple of years back for the detailed story. Bob does great work and you really should be reading him regularly.

As for the card, it is from a small home based company out of San Jose, California. Their cards are all of players and pioneers from the long gone days of baseball. As I poked around their eBay store I found Phenomenal' and took a shot with a small bid and won. The cards are 'distressed' by hand and look terrific. Check out the Ars Longa homepage for a look at their work. Currently the eBay store is empty but I believe that they post cards several times each year. An more in-depth story about the cards and their creator can be found on the Sports Card Magazine site.

Here is the back of the Smith card. 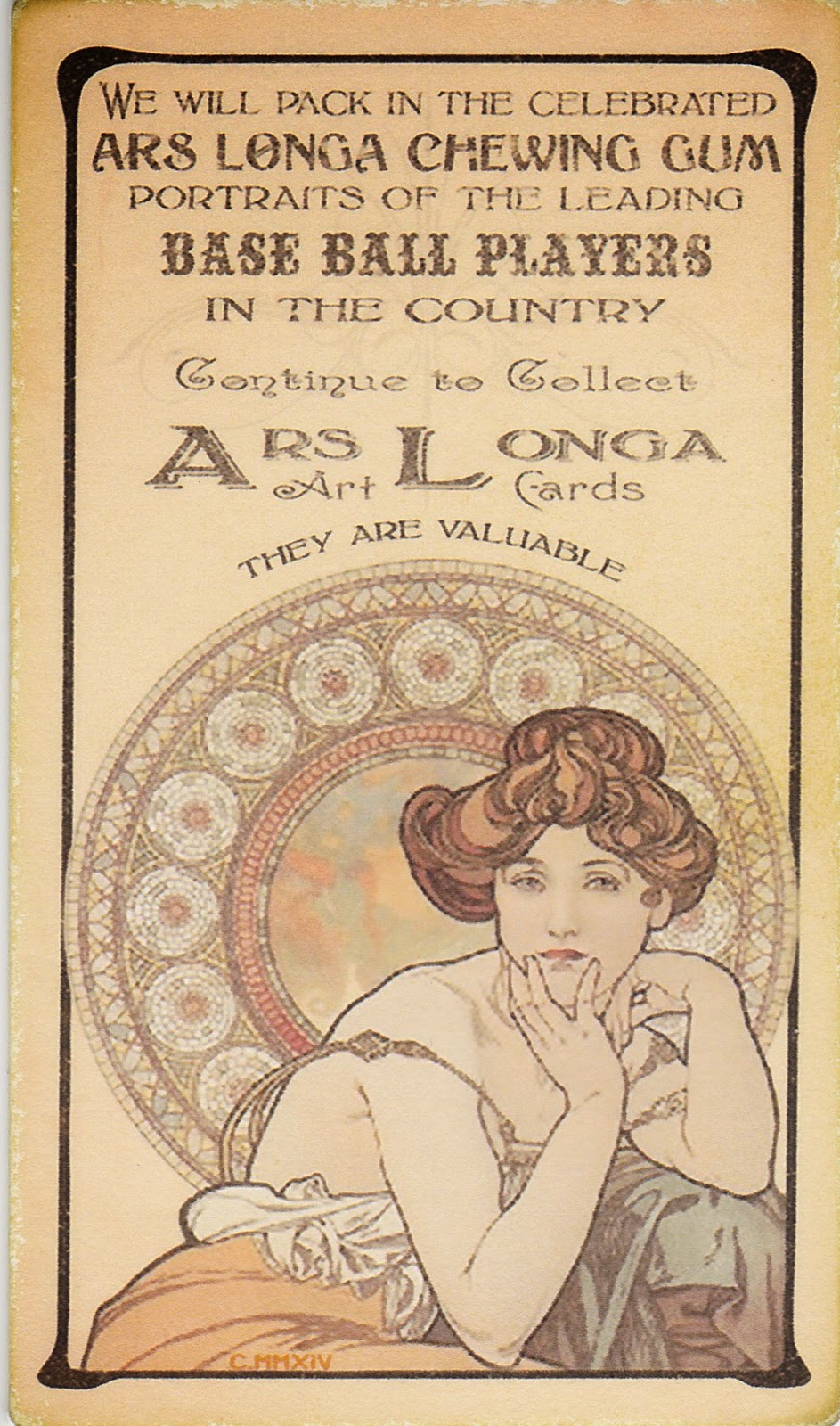 This advertising piece that came with the card is a work of art in itself. 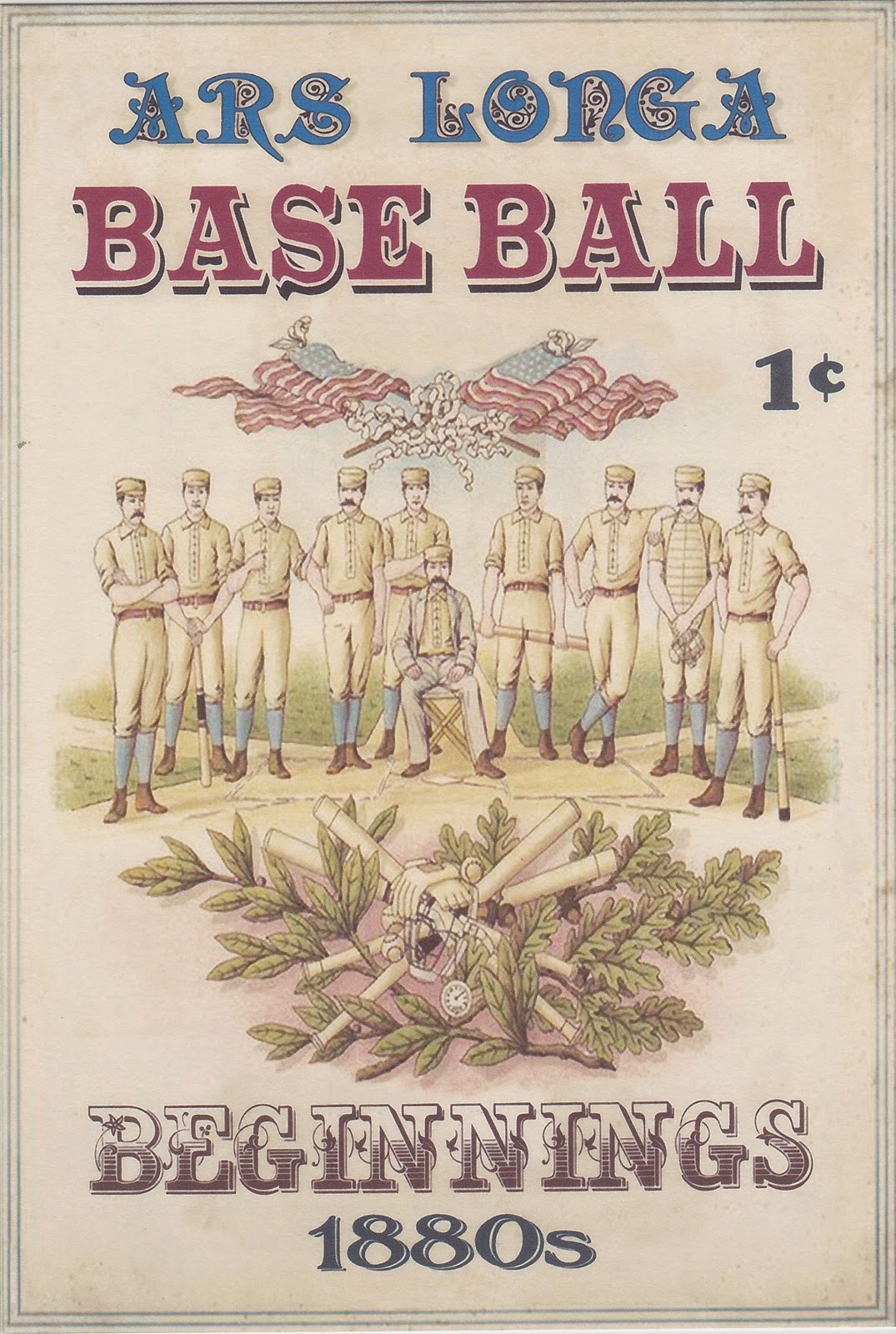 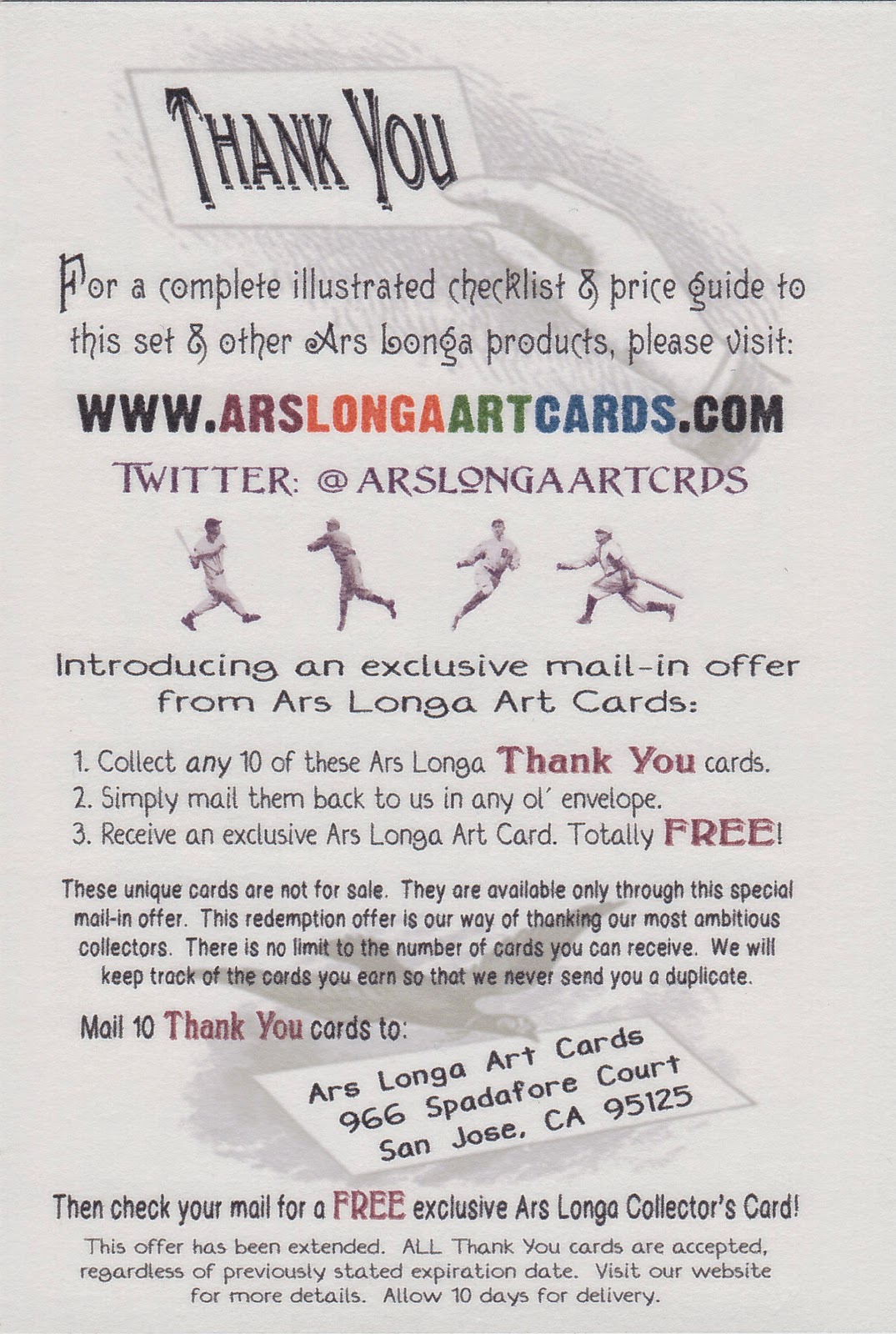