Stuff on my desk Pt 1

Not much new in the world of cards for me in the last few months. Been catching up on books I've been putting off, binge watching The West Wing on Netflix, picking up photos and some '67T high numbers and messing with the '62 Post cards and some Philly Gum sets.

I have a small stack of stuff that's sitting on my desk awaiting transfer to binders and boxes. Figured I'd scan a few because I had time on my hands after getting knocked out of my home league fantasy football playoffs.

Here's a poorly cut Daryl Spencer. I have no problems with these being ragged. They were cut out by a lot of clumsy 10-year-olds like me in 1962. He played for the Giants, Cardinals, Dodgers and Reds from 1952 through 1963 but managed to avoid any postseason action. 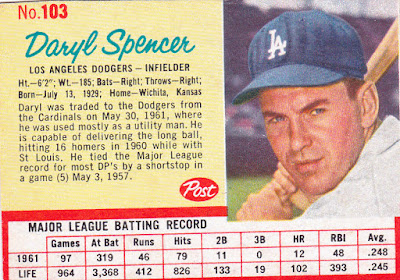 A couple of Reds kicking off with Gordy Coleman. He was a power hitting Cleveland prospect who was dealt to the Reds in December of 1959 after getting into three games for the Indians. He played for the Reds through early 1967 and has a '61 World Series homer (Game 2, off Ralph Terry) to his credit. 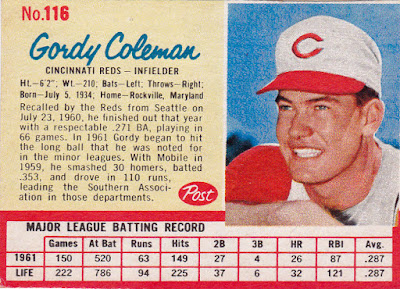 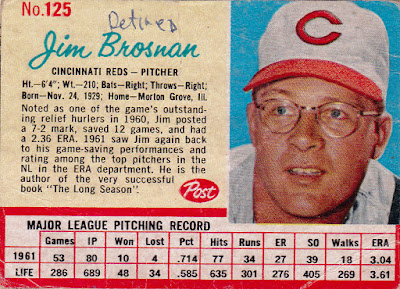 Some kid (I assume) marked the Brosnan card with 'retired'. At least it looks that way. Brosnan actually retired after the '63 season. He was a solid relief pitcher who later wrote a couple of well received (and rather controversial) books about his time in the game. 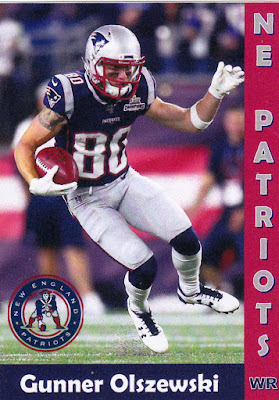 These (the Olszewski above and Smith below) are customs I made for my fantasy football player binder. I hate spending on guys I only have for a week or two and who have only hard-to-find cards or none at all. 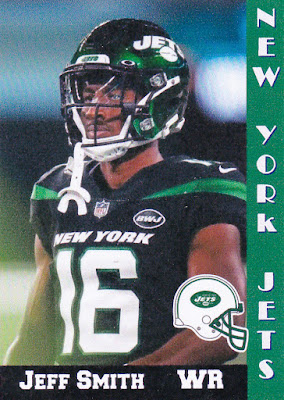 Here are a couple of cards I bought to fill out an order and I scanned because I had room on the platen. 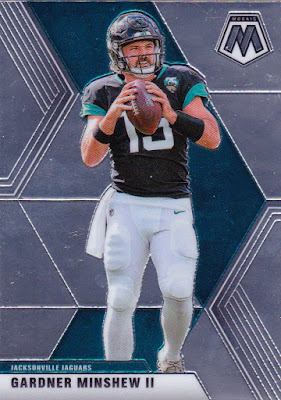 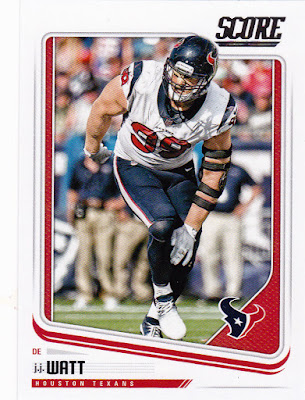 I recently made a nice dent in my '67 needs with a purchase of high numbers and a few 'name' players. Killebrew was one. Nice Yankee Stadium shot. 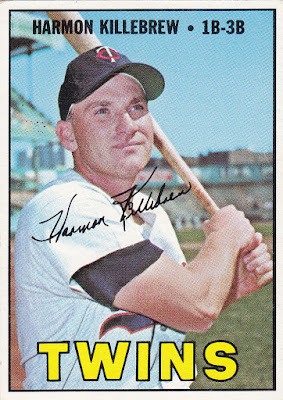 Steve Blass, he of the complete career collapse. The bunting on the railing behind him had me confused. This must be an Opening Day photo because he wasn't in the postseason or an All Star Game at this point. 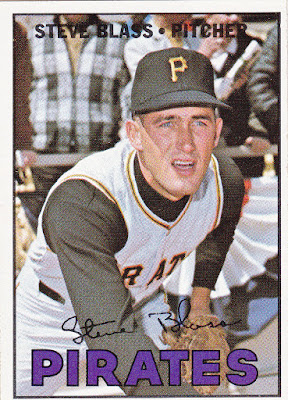 J.C. Martin whose out of the base line trek to first in the '69 Series pretty much summed up the shit show I endured that fall. 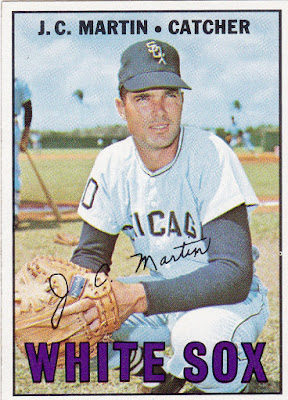 I liked him better in 1960 when he appeared on a card disguised as Gary Peters.

I haven't done much hobby-wise lately and really haven't had the need to post much of what I have picked up. The photo seller's store I like to prowl through on eBay had a big promo running recently and I grabbed a bunch. Here are the two baseball news-wire shots I bought. Both Earl Weaver pics from 1969. Both are 101% Earl, too. For both pics I've enlarged the cutline for easier reading.

In this one he's arguing with Larry Napp. It's over game three of the '69 Series play involving Jim Palmer and Bud Harrelson who had been caught in a rundown after being picked off first. The play (and the call) ended up being of little consequence. Unlike the terribly botched JC Martin debacle later in the Series. 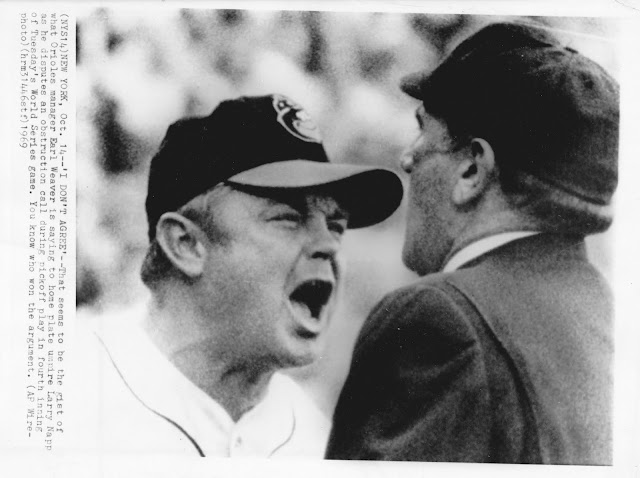 The second photo is Earl in a much different mood. The Orioles had wrapped up the AL East that day in mid-September. Just like Earl, I was a happy guy!! 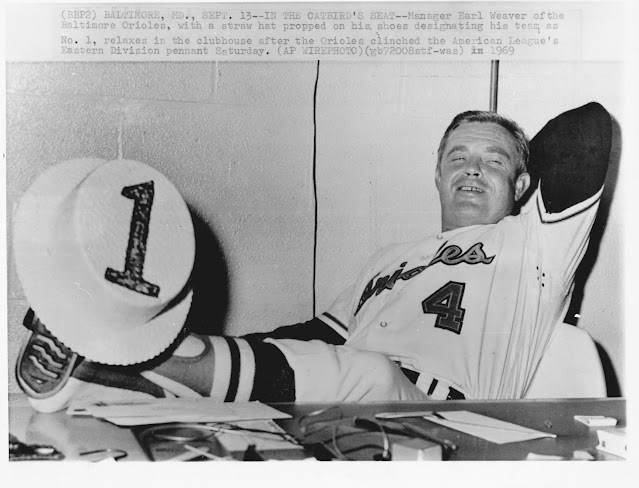 Just a note here...I had a bunch of comments in the queue that were awaiting moderation. I haven't been getting notifications from Blogger so I must apologise if you posted something and never saw it show up. I had been getting a bunch of spam comments and went to moderation settings some time back. I may just remove the filter and see how it goes.