Here are a few more items that I got in the Thick Manilla Envelope from Fuji of The Chronicles of Fuji a few weeks back.

First we have a Gregg "With Two G's" Olson Toys'R'Us card out of a boxed set. Boxed sets branded with retailers names were big back then. I saw a lot of KMart cards and have some from Woolworth, Drake's cakes and a lot more. When I purged my collection some years ago I generally pulled the Orioles from the sets and gave the rest away to kids at my school.

Olson was a bad ass when he was in his prime. 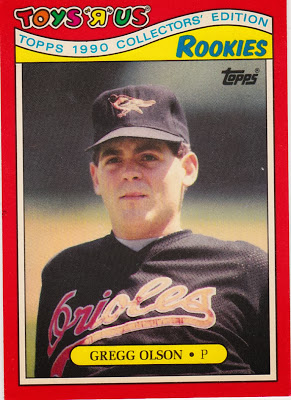 It's AJ10!!  He had two dingers in a recent game against the Red Sox and paid for it. 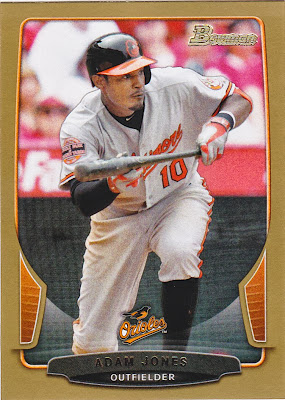 Ripken mminiiiissss! Does Night Owl get a residual for that? 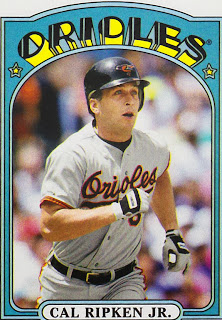 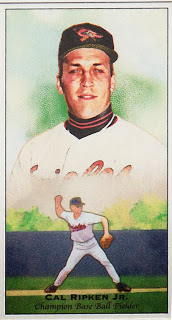 One of the strangest autos you'll see. Mamon Tucker is apparently proud of his first name but ashamed of his last name. 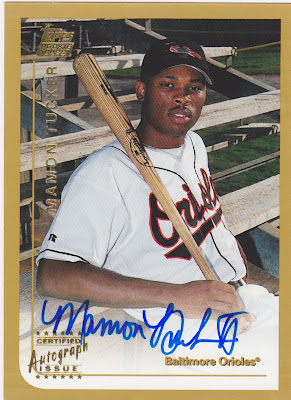 It took a little research to figure this one out. With as much stuff as i was digging up in 1990 I don't remember these. Topps 'Sticker backs". I found that the Ripken part of this card is a peel-off sticker. Once peeled the Gaetti is then a blank back card. I'm making that sound waaaay more complicated than it actually is. 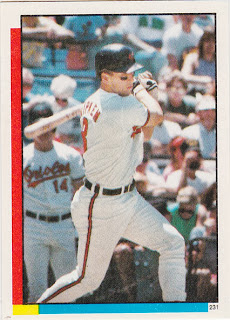 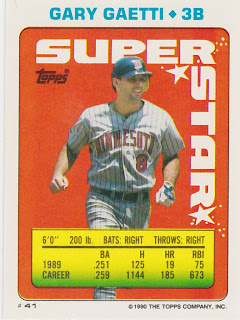 And one of if not the coolest thing in the package..... an official autographed Fujiiiiiiii card  (apologies to Night Owl)! 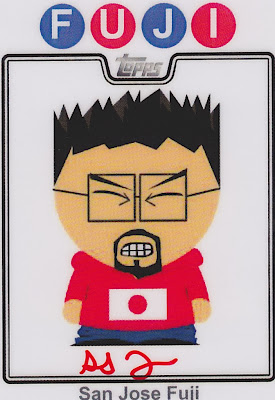