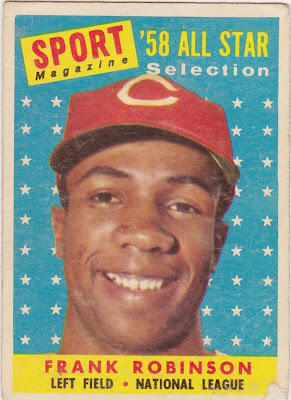 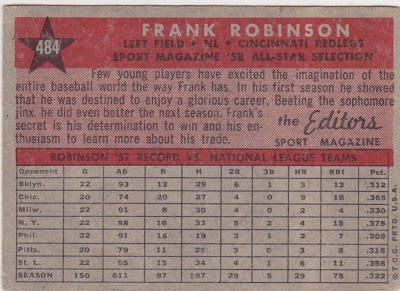 I'll check in on the All Star Game tonight but I'm not devoted to it like I was as a kid. The World Series home field gimmick doesn't add any allure for me. But there are three players that I'm interested in seeing (besides the four Orioles, of course). I'll get back to them in a bit.

I'm slowly but surely working on my '58 All Star card subset. Since I have the Mantle and Musial my next goal is the Mays. All the others (and need about seven) can be had cheaply, especially since I'm not very condition conscious. The Frank Robinson came my way for just a couple of dollars. There is a chip in the lower right, and its off center but other than that it's very presentable. It looks better in hand than in the scan, thats for sure.

As for Frank, well he had one really great All Star Game, the second of the two held in 1959. In that game he took over at first base for Stan Musial in the fifth inning and went three for three including a homer off Early Wynn.

In 11 total All Star appearances Frank hit .250 with a pair of homers. His second homer came in the 1971 Game at Tiger Stadium. He hit it two batters after the monumental light pole blast off the bat of Reggie Jackson. It made Frank the first player to homer for both leagues in All Star competition.

The three players I mentioned earlier all have a connection to the schools my sons and I have graduated from. And I always follow those schools. 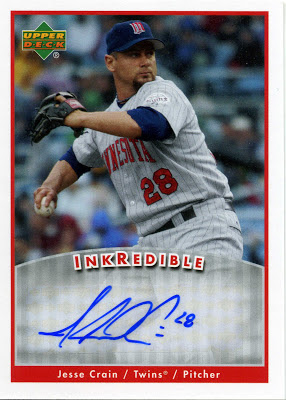 Jesse Crain is a former University of Houston star. He had some up and down seasons with the Twins but has found a home in the White Sox bullpen. He's been putting up some outstanding numbers there. Unfortunately he's on the DL at the moment and won't get to pitch tonite. I was reading that there are a few contending clubs that may be interested in his services. With the trade deadline looming Crain may be headed to his third big league team. 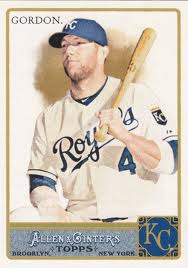 Alex Gordon is a Lincoln, Nebraska native who starred for the hometown Nebraska Cornhuskers. His time there preceeded my son James' by a year but we are definitely fans. My son and his buddies have made several trips down to Kaufmann Stadium to see him play. He had a lot of hype coming to the majors and had a slow start to his career but has put things together now it seems. 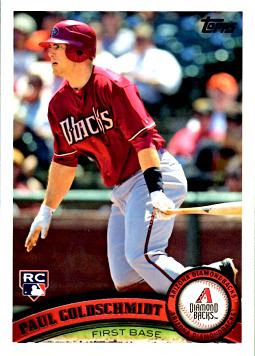 Texas State University product Paul Goldschmidt played there for a strong Bobcat program through 2009. My son Brooks is a 2011 graduate and saw him play quite a bit. I got to see him knock a few out of the park against Houston and Rice. This is his third year in the big leagues and his numbers seem to get better every season.

Hope everyone enjoys the game tonight.
Posted by Commishbob at 6:00 AM