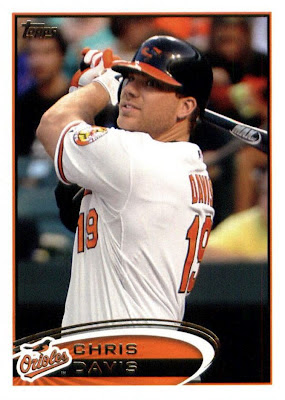 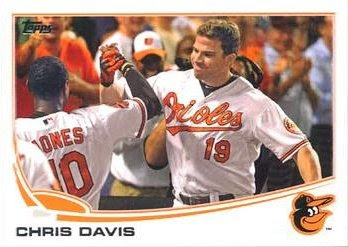 These are my only Chris Davis cards, and I showed one here last year so it's kind of stale. But Davis himself is rather awesome.

With his homer Sunday night against the Yankees Davis became the first player in baseball history to have 30 home runs and 25 doubles by the end of June. I found this little gem in the Baltimore Sun:


And unlike three or four of those names he's playing in the post-PEDS era and he's not hitting a Hi-Bounce Super Ball disguised as a baseball. He won't stay this hot all season but it's fun to watch as long as it lasts. 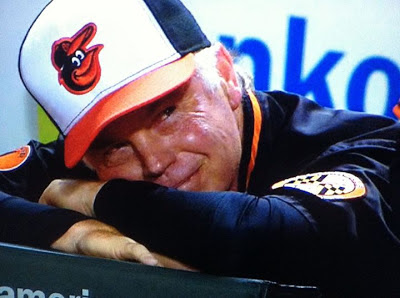 When Buck is happy, I'm happy.
Posted by Commishbob at 8:57 AM