The cards from the other side of this plastic hanger package from Fairfield were more interesting than the first ones. And here are a few: 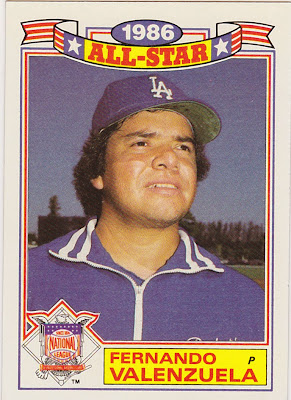 1986 Topps Glossy Fernando Valenzuela. Back when he broke in with such a splash even my in-laws got caught up in Fernandomania. We saw him pitch in the Astrodome and he lost to the Astros' Don Sutton. In all the years since Fernando left the scene I've never seen my father-in-law so much as glance as a baseball game.

There were four other cards from this subset in the pack including Ryne Sandberg, Dwight Gooden, Kirby Puckett and Teddy Higuera. 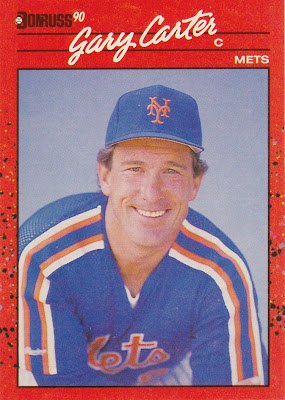 1990 Donruss Gary Carter. Sure it's junk wax, but it's Gary Carter! Everyone liked Gary Carter, didn't they? Interestingly the 'Contract Status' text on the back notes that he was released by the Mets in October of 1989. Carter played for the Giants in 1990 and the Dodgers in 1991 before a return to the Expos for one final season in '92. 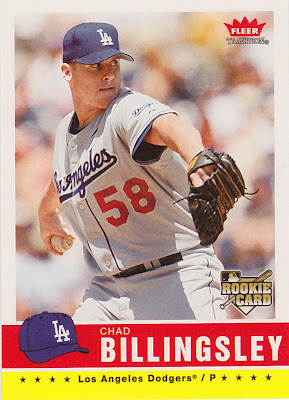 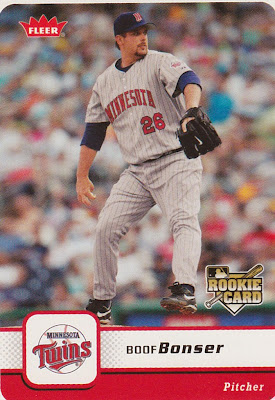 Here are a pair of Fleer rookie cards from 2006. Chad Billingsley and someone named Boof Bonser. I would have bet money that Bonser was Fleer's version of Sid Finch but he turned out to be a legit player. See, I learn so much from these cards.

As noted both are Fleer, both are rookie cards but they have different formats. I see the 'Tradition' notation on the Billingsley so I guess that's why they are different. Both have blank space on the back that says '---No MLB Experience---' but both have text blurbs that point out the respective player's debut in 2006.

I really like the Billingsley card, it's got sort of a '63-ish Topps vibe. 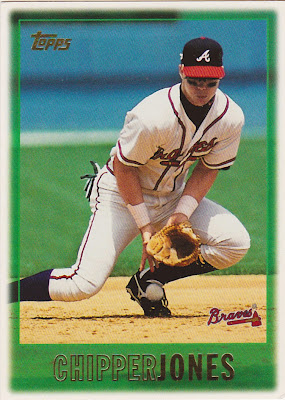 1997 Topps Chipper Jones. Jones put together a Hall of Fame career while I wasn't paying attention. I pretty much bailed on baseball in 1994 and didn't come back until two or three years ago. Next thing I knew there was a Chipper Jones Farewell Tour going on and I was left wondering what I had missed. Turns out I missed a lot.

I hadn't remembered seeing any '97 Topps that that were green but this is a pretty sharp card. Was green an 'alternate' color? 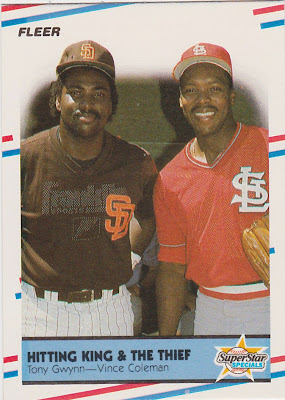 After I scanned this 1988 Fleer Gwynn/Coleman and have added it to this post I remembered that I never cared much for this se . But Gwynn's a H-O-Famer and you can read his undershirt through his jersey. So there ya go. 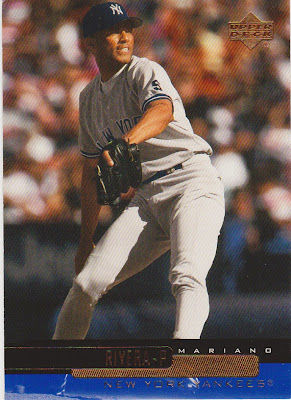 I'm pretty sure this is the only Mariano Rivera card that I own. This and the next card made the price of the pack worthwhile. I'm no Yankee fan but to deny the greatness of Mariano Rivera is silly. Plus, the few times I've heard/seen him speak he has come off as a pretty genuine guy. So all in all i was happy to find this among the flotsam and jetsam of the Fairfield re-pack. The only thing I don't like is the dark gold foil which is incredibly hard to read without turning the card at an angle. 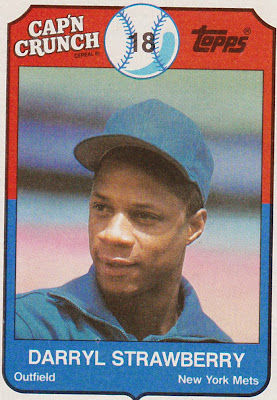 A 1989 Cap'n Crunch Darryl Strawberry. Cereal cards are so cool! I've got Post Cereal cards, and oodles of Kellogg's' cards and I even have a 1930's Wheaties football card around here someplace but I never had seen a Cap'n Crunch card. Oddball stuff can be fun, especially when it is of a player with some 'star power'. But I wonder why the card has an airbrushed cap. The card carries the Topps logo so wouldn't they have a license to show the mlb logos? Or is it incumbent upon the distributor/sponsor, in this case the Quaker Oats Company, to obtain a licence no matter who published them. Whatever, it's a fun addition to my pile of 'stuff'.

Among the other cards I'm not showing were cards of some of my favorite players, Kevin Bass, Rick Dempsey (as a Dodger :-/ ), and Jesse Orosco. All in all I don't regret spending the $4. maybe I'll make this a yearly treat.