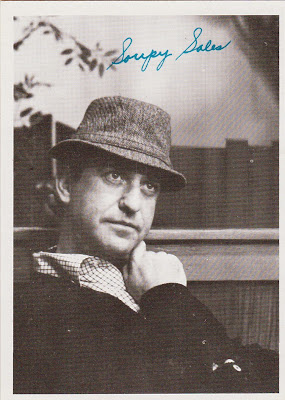 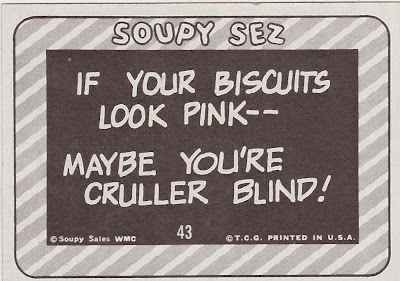 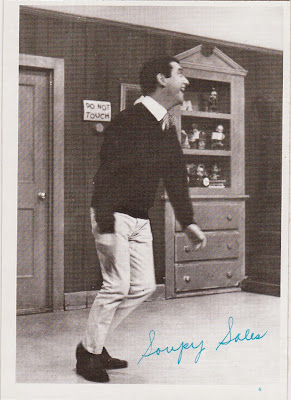 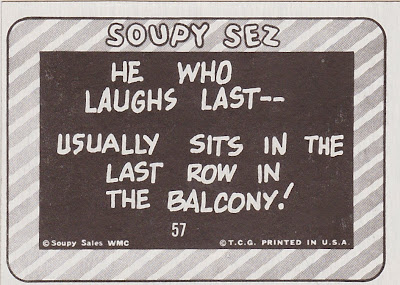 Growing up in Northern New Jersey I had quite a few friends who loved different teams, enjoyed different sports. We favored different pizza joints and 'liked' different girls. We swore by different newspapers and we argued over comic book heroes.  But one thing we all agreed on was that Soupy Sales was the best thing on TV.

If you are unfamiliar with Soupy I'm not sure I can explain him. His career started in local Detroit television and in the mid 60s he came to the New York metro area and did his show from the Channel 5 studios.

His show consisted of pretty broad humor, recurring 'bits', music (mostly from Soupy himself), byplay with his larger than life dog puppets Pookie and White Fang, and assorted foolishness. Some of his better recurring skits included answering the door to find special guests, fake radio broadcasts, newsreel excerpts that he turned into jokes, and other equally dumb crap. He was best known as the guy who made the 'pie in the face' popular. He had big name stars on the show, Sammy Davis, Frank Sinatra and they got the pie 'treatment'. But I loved the guy. Looking back at videos of the show I see the unevenness of his routines. And just as I remember he played to the studio crew as much as the unseen audience.

He famously was suspended for a few shows for asking his viewers to go look for green pictures of Presidents in their father's wallet and sending them in to him. There were also stories of racy double entendres which we chose to believe and repeat to each other endlessly but likely never really were used on the show.

On one show the crew did prank Soupy by having an (off camera and unseen by the audience) topless girl at the door when Soupy answered the doorbell. It's a classic piece of video.

Anyway here are a couple of Soupy Sales cards from the 1965 Topps set. There were 66 in the complete set and each of them has a very corny tagline on the reverse. The list is here on the PSA site. I'd love to have the whole set but they are priced way too high for my blood. I picked these two up just to have them. They was advertised as VG I think but are darn near perfect. I remember these being around when I was a kid but I don't remember actually collecting them. I see references to both 1965 and 1967 as the dates they were distributed. I'd go with '65 because the show was still being aired live then. By '67 it was in syndication.

Soupy Sales, whose real name was Milton Supman, died in 2009. Typing that just now I recall that knowing his real name made a kid cool in our eyes. Jeez, we were very immature.