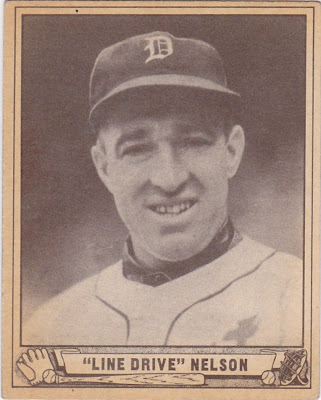 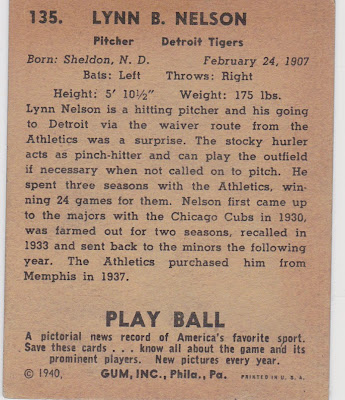 A couple of weeks back I posted about Babe Dahlgren and I mentioned that I thought the '39 Play Ball of his that I had was the only one I owned. And I suppose that's true but I did come across a 1940 Play Ball of righty pitcher Lynn 'Line Drive' Nelson that I had gotten off eBay once upon a time. I'd completely forgotten that I had a few of these squirrelled away.

Nelson had a great nickname and was a pretty interesting guy. He was a really good hitter who played some outfield for the Phils in the late 1930s. He was used regularly as a pinch hitter. In fact his hitting numbers are better than his pitching numbers. He hit a career .281 in almost 400 plate appearances. On the hill he ended up 33-42 with a 5.25 ERA over his seven seasons in the majors with the Cubs, A's and briefly the Tigers.

Oh, that nickname. I thought it might have been given him for his hitting prowess. But Bill James states it was because most of what he threw up at the hitter was rocketed back at him. Sounds like poor ol' Charlie Brown.

He also reminds me of my grandfather. 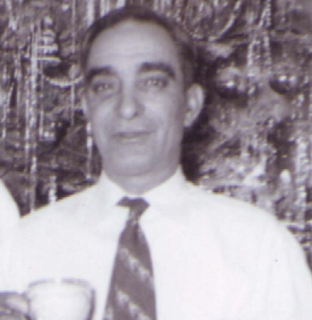 Posted by Commishbob at 9:38 AM