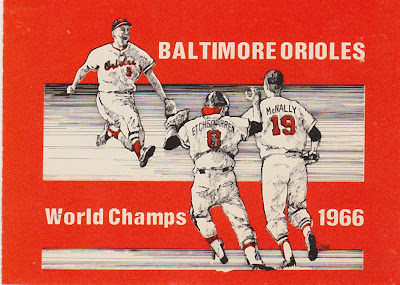 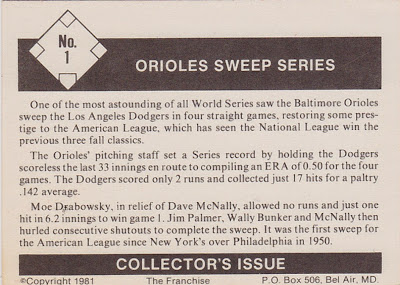 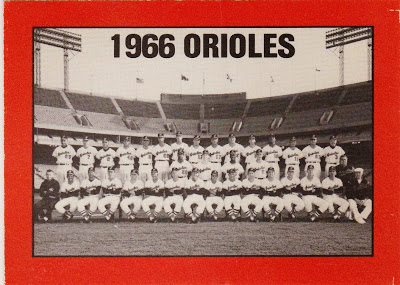 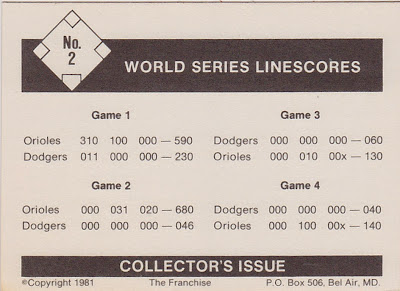 I was drilling down through my hobby closet and found this set in a binder. I've had it in there so long that it was in the old 'side-load' type pages. The kind that sparked the "They Will Damage Your Cards!!!" panic of the 1980s.

Like so many oddball sets of that era I can't remember how I originally picked this one up but I'm guessing it was through the classified ads that ran in Baseball Collectors Digest back then.

I don't know much about it other than what I can gleen from the reverse side of the cards. It was put out in 1981 by a company called 'The Franchise' based in Bel Air, Maryland. A bit of googling came up with a few references, the first were this long expired Worthpoint auction listing and a recent eBay sale. The Standard Catalog of Baseball Cards by Bob Lemke lists the set and one other by the same company that focuses on Brooks Robinson.

The first two cards are shown at the top, #1 being a line drawn rendering of the famous (at least to Orioles fans) photo of Brooks Robinson's leap towards Dave McNally and Andy Etchebarren. Card #2 is the team picture. 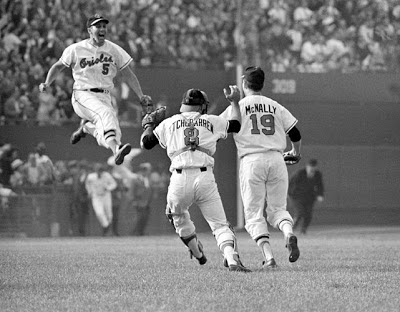 The remaining 30 cards are individual cards of all the team's players and coaches. The backs list the usual vitals, the player's 1966 stats, lifetime stats and a paragraph or so about the player's contribution to the '66 season or World Series.

The set isn't worth anything monetarily but it has a kind of eclectic mix of posed action shots, portraits, game action shots and a couple of neat old fashioned squatting catcher pics. Many of the pictures used are spring training shots. The cards bring back some good memories for this long time O's fan. 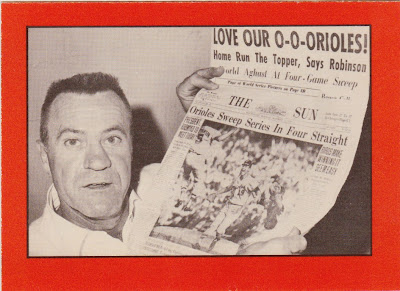 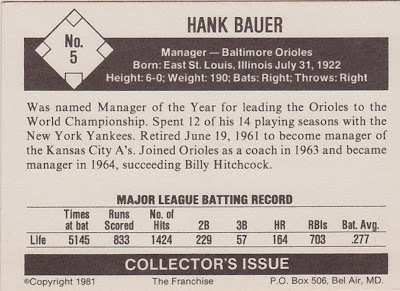 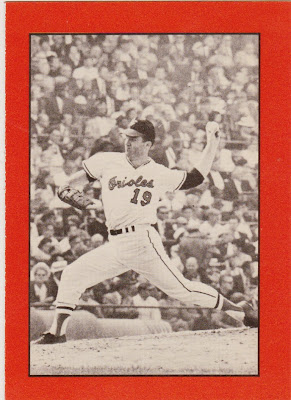 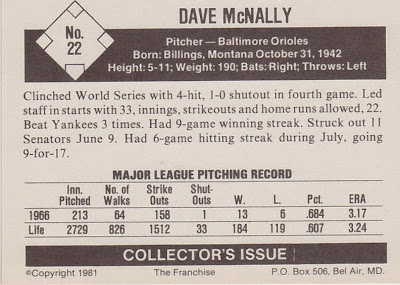 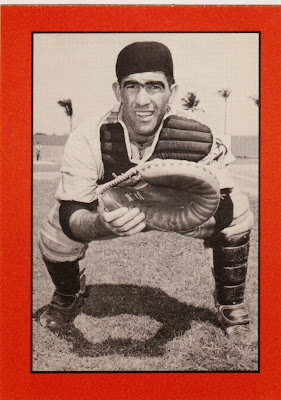 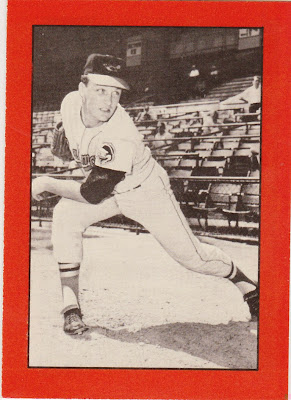 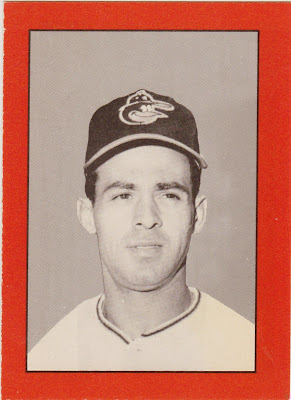 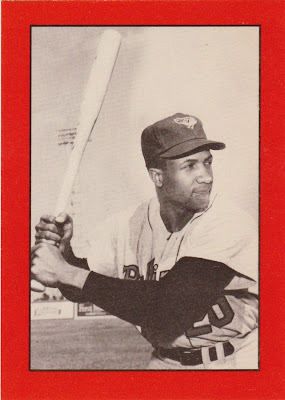 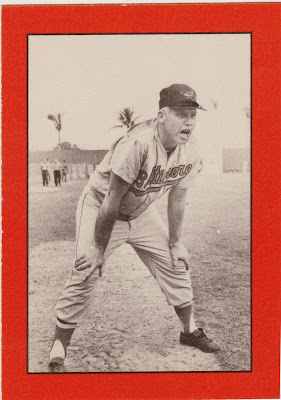 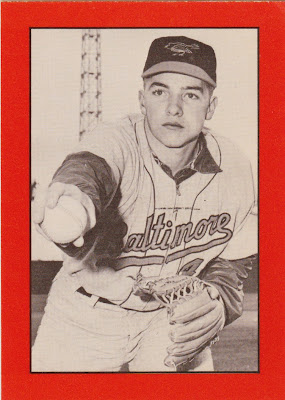 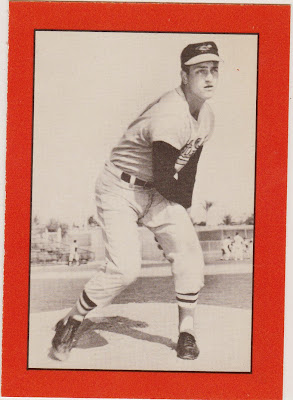