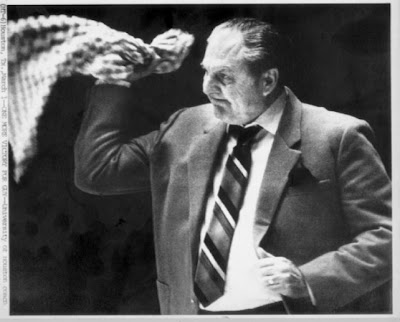 It was an emotional moment this afternoon when news broke here in Houston that Guy V. Lewis, the long-time and much loved basketball coach at the University of Houston had finally been elected to the Naismith Basketball Hall of Fame! I've posted about Guy before and how special he has been to me and my family. 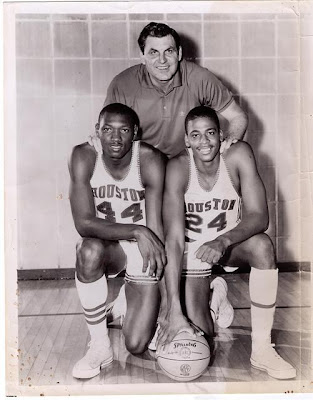 Guy V with Elvin Hayes and Don Chaney circa 1967

It's been a long hard fight involving letters, petitions, postcard campaigns and media pleas and finally, after more than a decade of disappointment, Guy V. will receive what he has richly deserved for a long time. No more bitterness on my part, no more disgust at the Hall electing Bulgarian Women's team coaches, it's all good now. 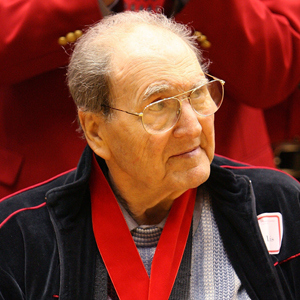 Guy being honored at a Houston basketball game a few years back.

Thank the Lord that Guy is still around to hear the news. He is in very fragile health these days and those of us who wanted this day to come are very grateful that he and his family can savor the moment. 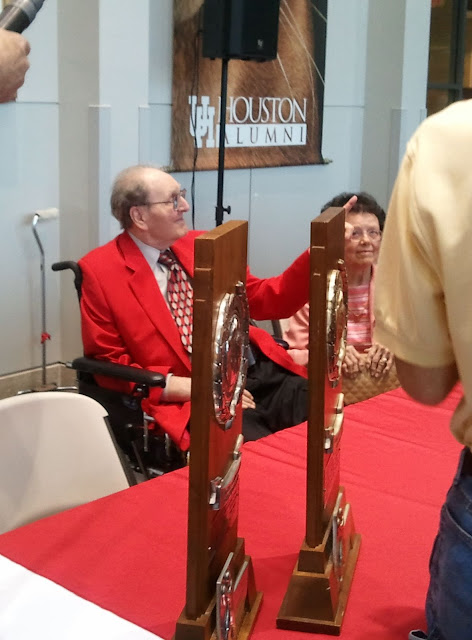 I took this pic of Guy and his wife in April of 2011 at an Alumni function held in his honor and attended by many of his former players.

Today is a great day indeed!!
Posted by Commishbob at 5:53 PM