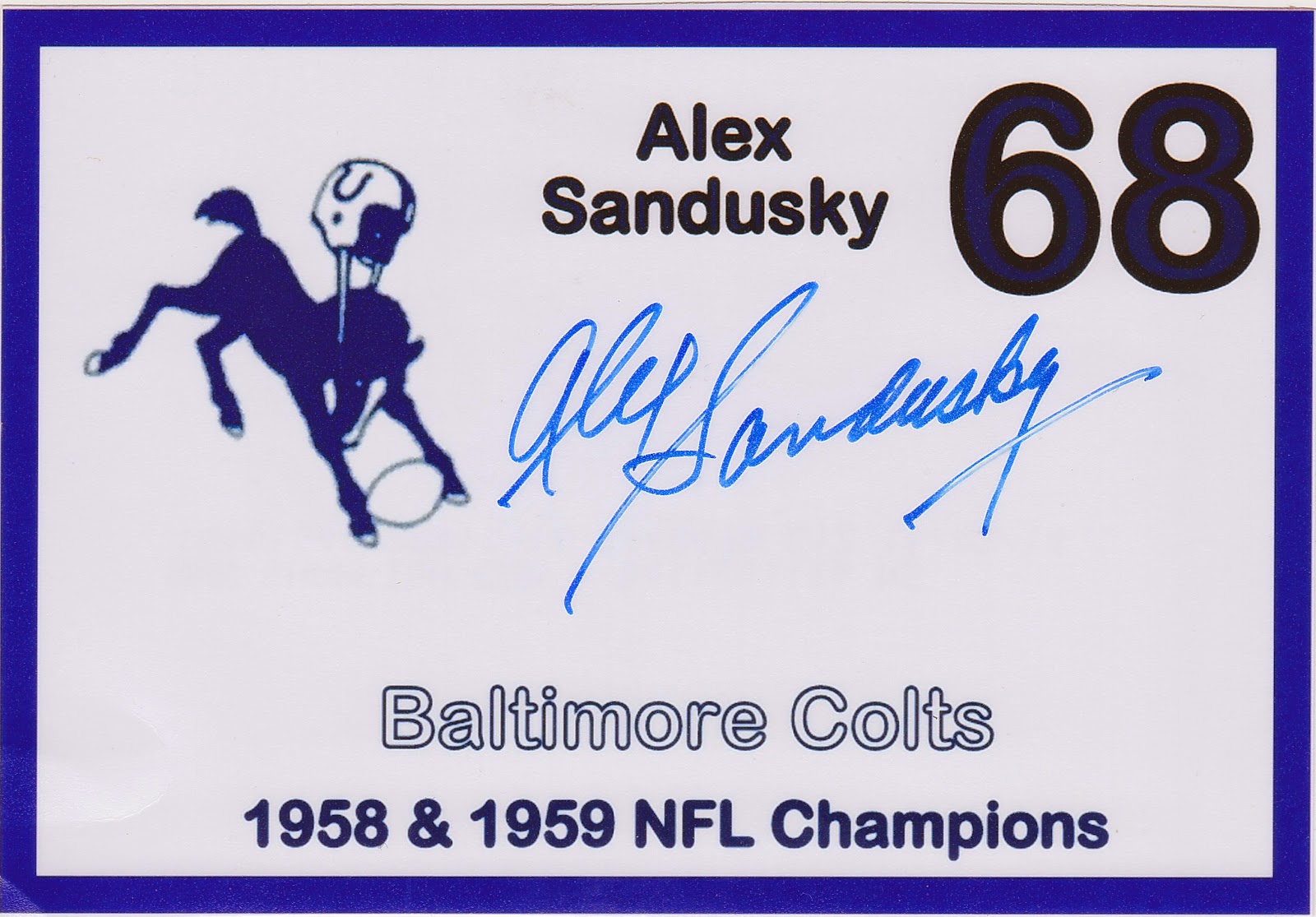 This homebrewed signed Alex Sandusky card came my way through the generosity of Mike McKay, a friend I've made through this blog. Mike has hooked me up before.

Alex Sandusky, one of four NFL players to attend Clarion made a living by protecting Baltimore Colts' qb Johnny Unitas and opening holes for Lenny Moore and Alan Ameche among others. Old time Colts fans like me have always appreciated him. He played in the shadow of some truly great players including Hall of Famer Jim Parker and never got the accolades he was due. But he has two Championship rings and a good life in retirement. BTW... he is not related to disgraced coach Jerry Sandusky.

I recently picked up several Sandusky cards for my Baltimore Colts collection.

1962 Post Cereal. There are 15 Baltimore Colts in that set which makes it one of the largest group of Colts cards of the era. Only the 1959 Topps Colts (16) outnumber the Post Cereal Colts among cards from the 50s and 60s. I'm lacking six out of those 15. 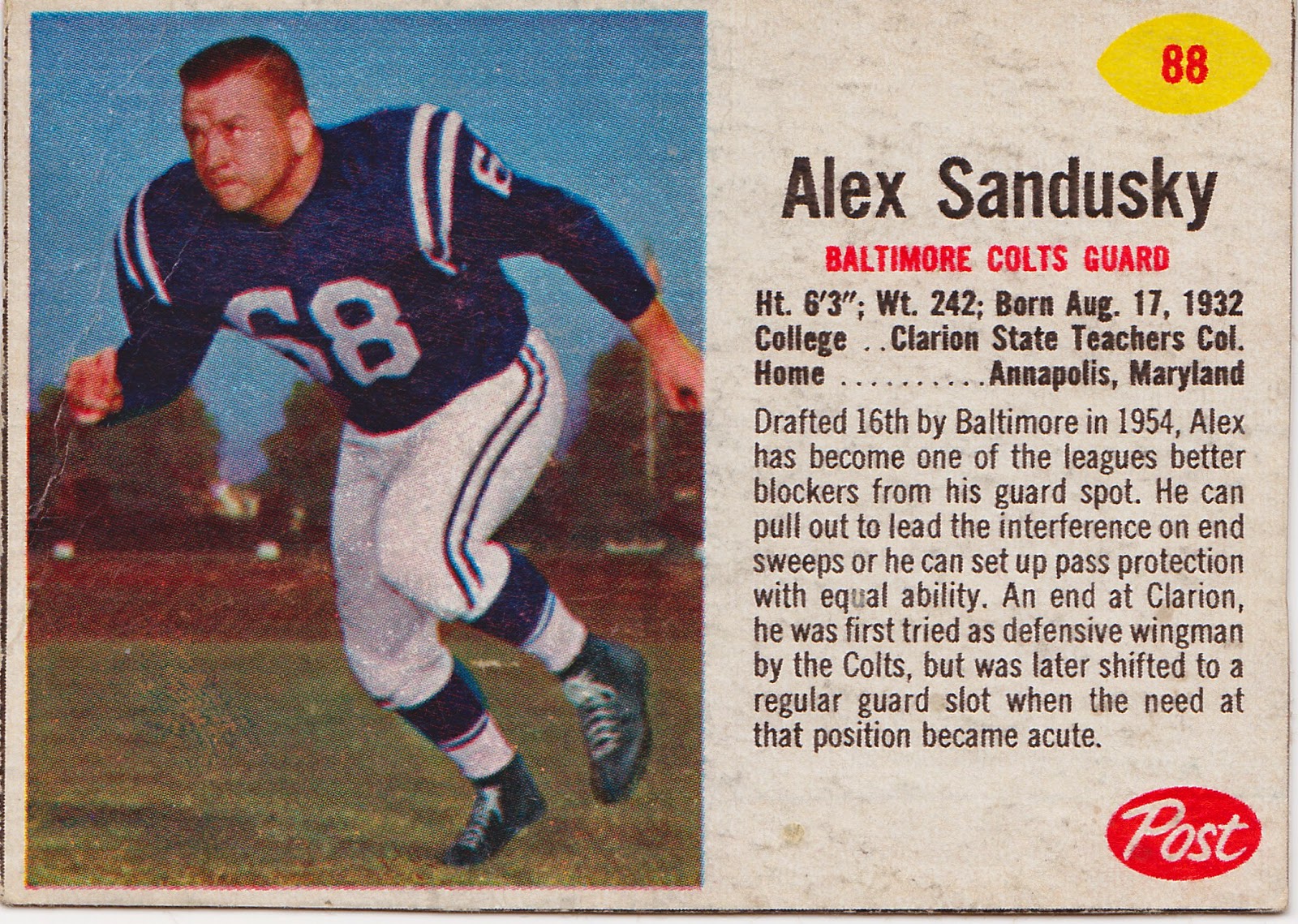 First up is the 1963 Topps. Does anyone remember that red film sheet that you placed over the cartoon to reveal the answer to the question? (EDIT: I wonder if any of those survived. I'd check eBay but it's blocked here at work.) 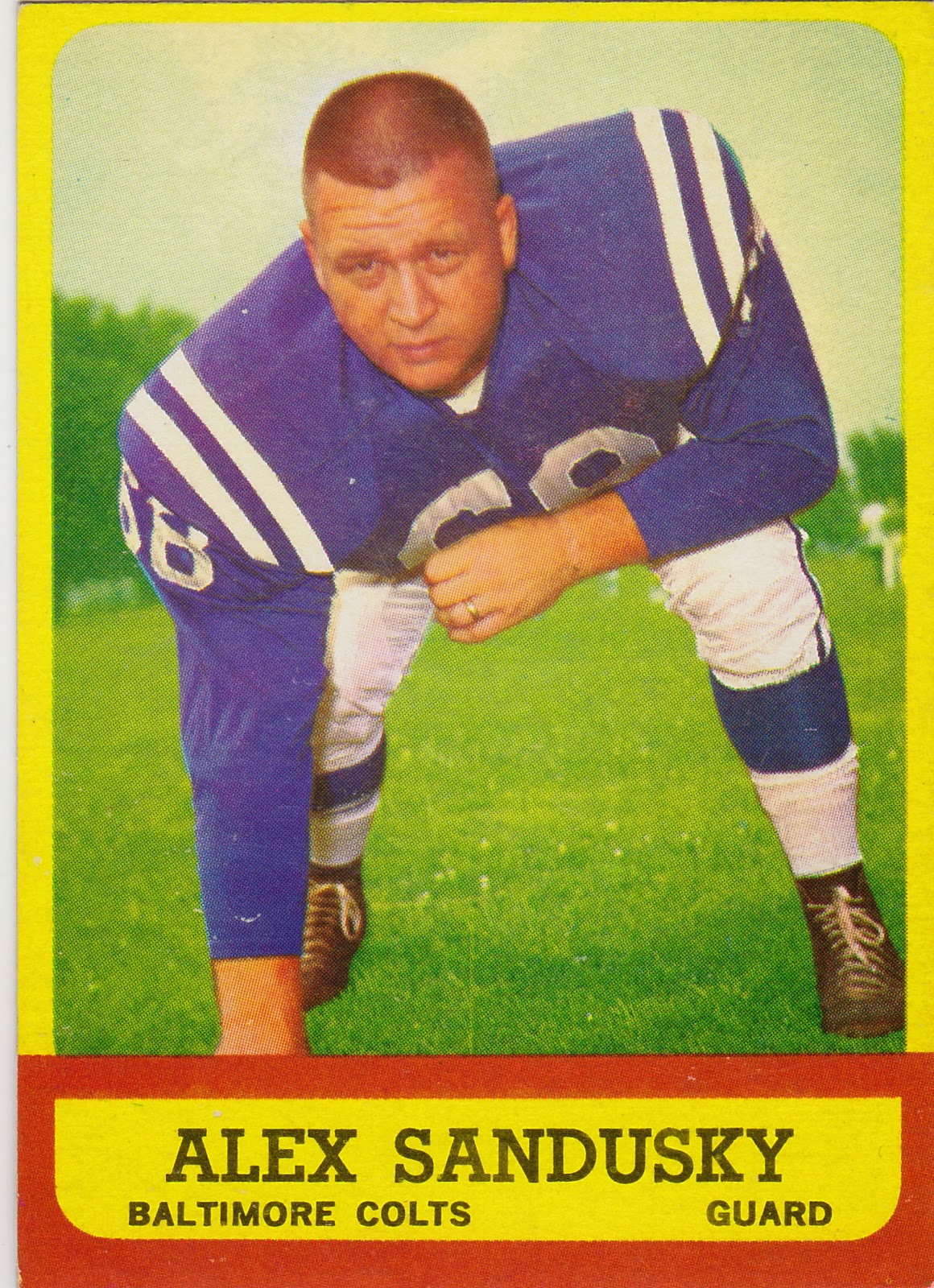 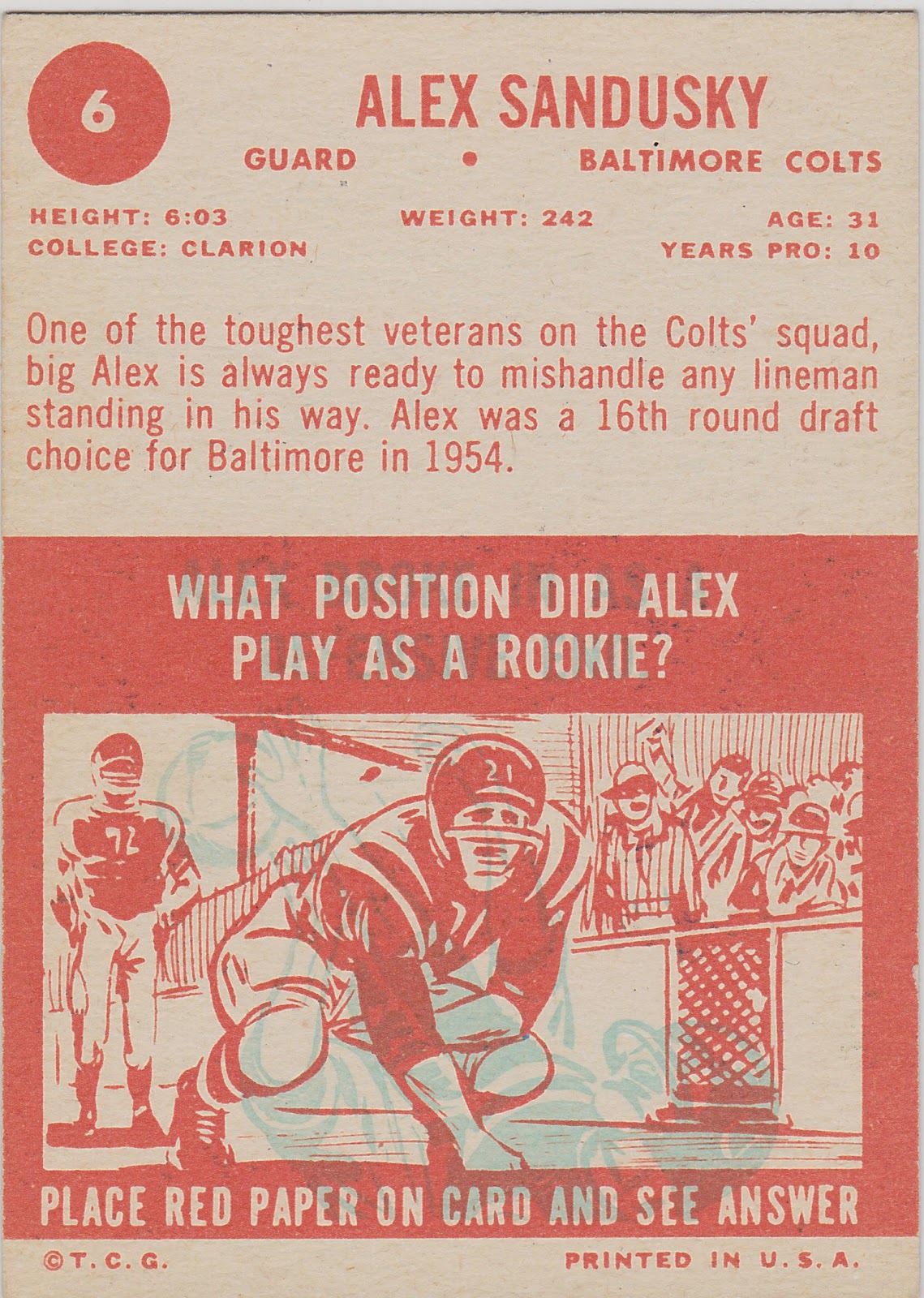 1964 Philly Gum card. People are probably sick of hearing how much I like this set. But I do. 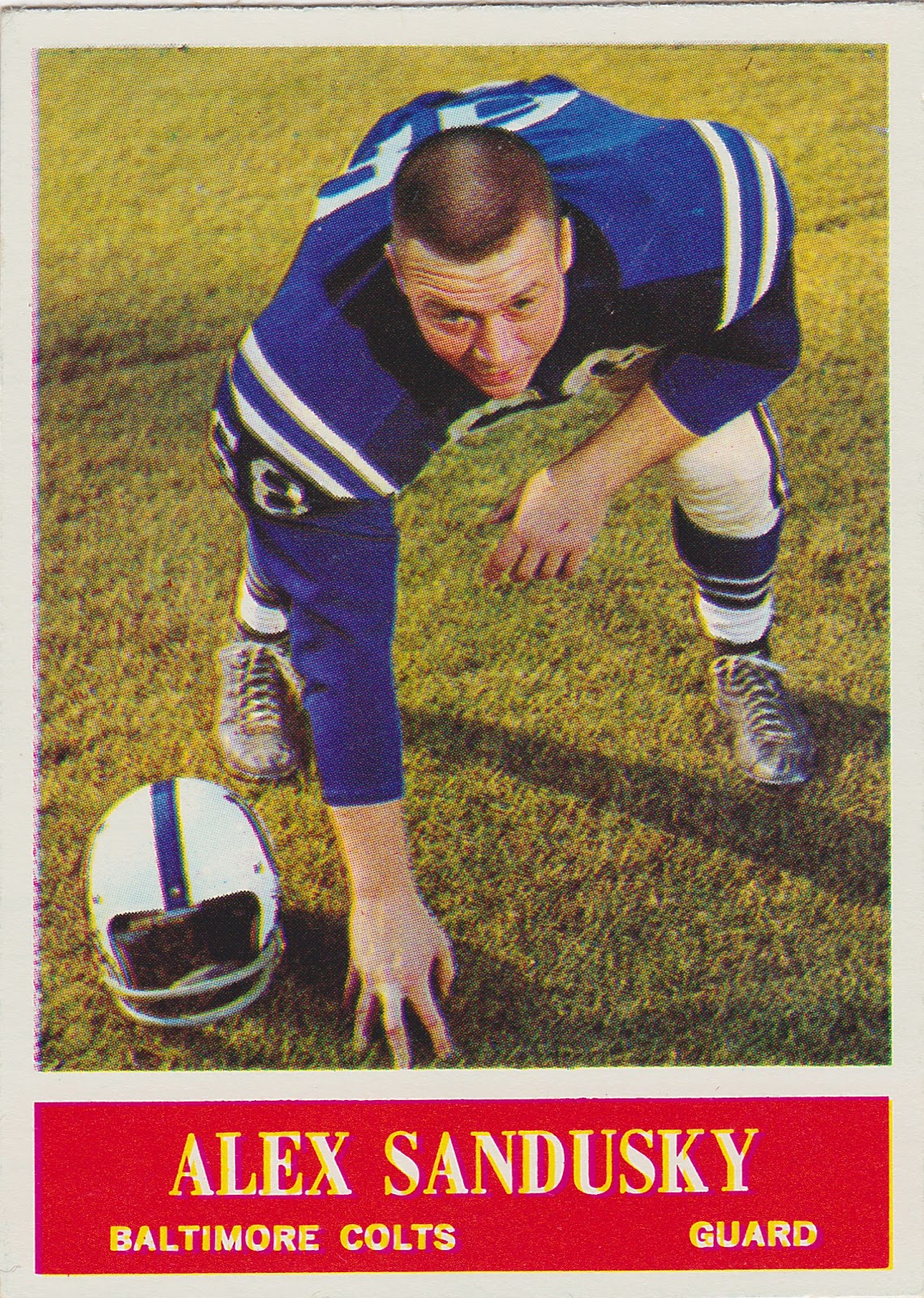 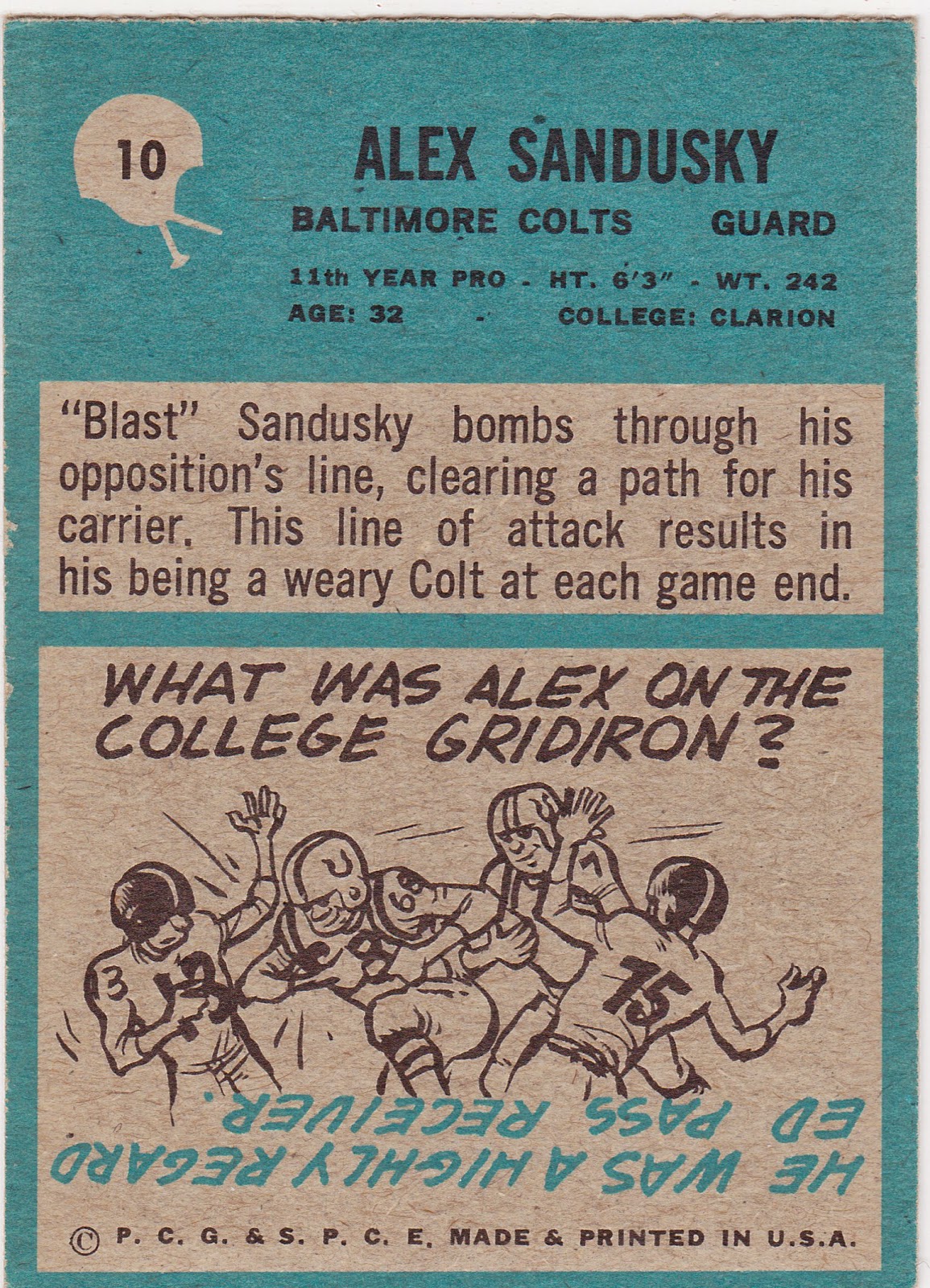 Thanks Mike. The Sandusky sig is neat and especially so since it came from a friend who is so generous. It's now part of my custom cover for my Baltimore Colts binder.
Posted by Commishbob at 8:20 AM