I have memories of Topps 1968 Football posters, they looked like this: 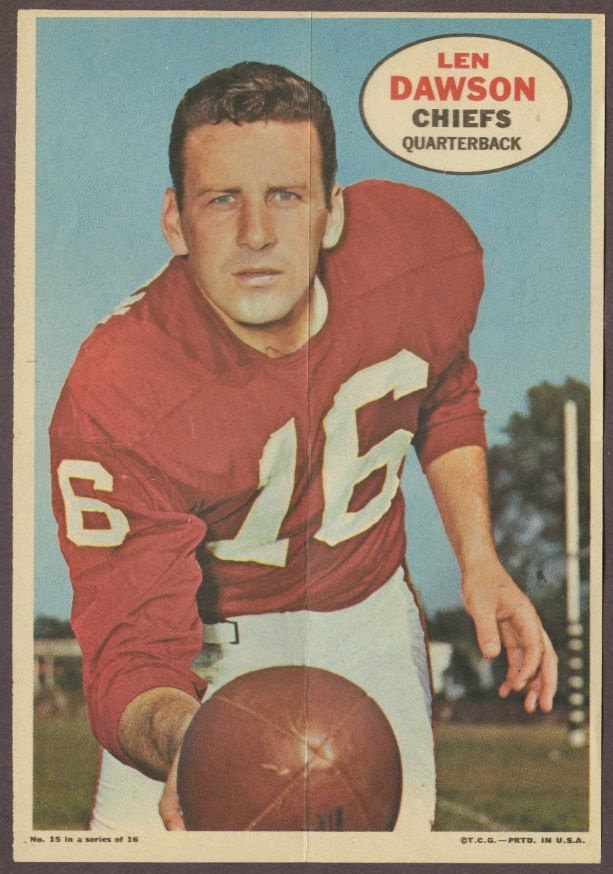 And I remember the 1971 version, this is one of those: 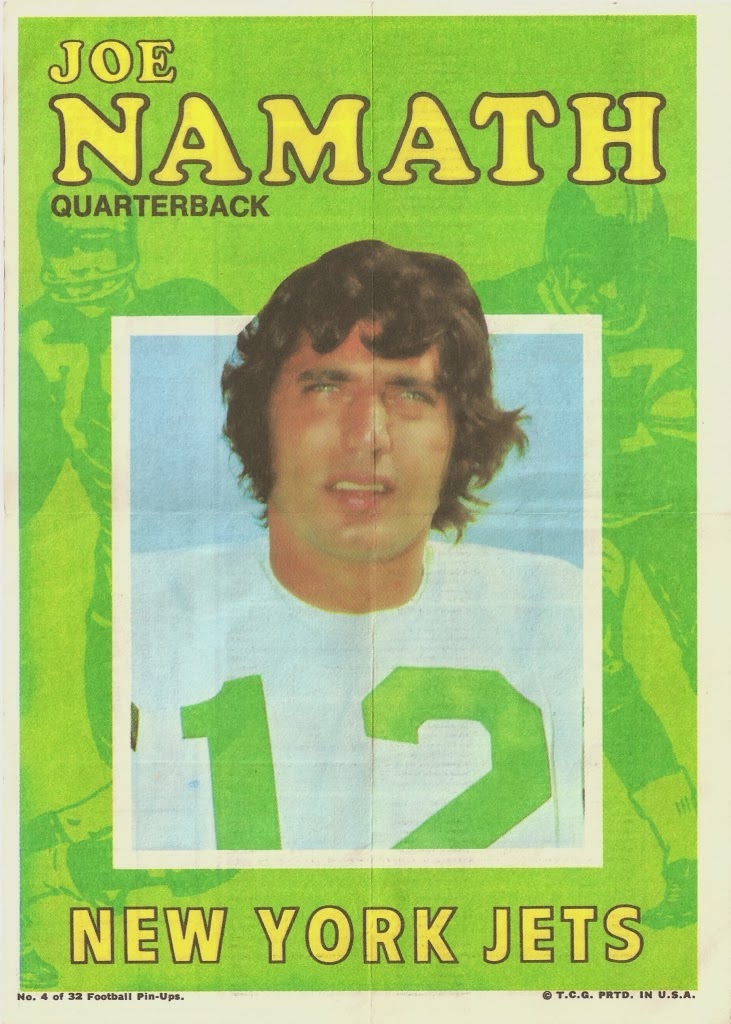 But the 1970 posters? I got nothing. I don't think I'd ever even seen one much less been aware of them until the David Lee poster appeared on my Baltimore Colts checklist. But once I looked for it I saw that they were cheap and easy to obtain. I picked one up sight unseen from an online dealer. The Lee poster came folded neatly as if it came straight out of the pack. And when I opened it I saw why they were under my (and everyone else's) radar. They are not very good. Generic 'paintings' of guys in logo-less unis which just happen to be the color of the team depicted.

And while we are at it, here are some views of David Lee playing for the Colts. 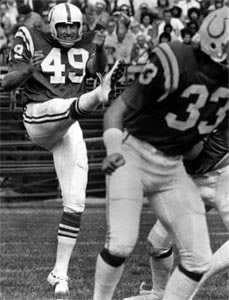 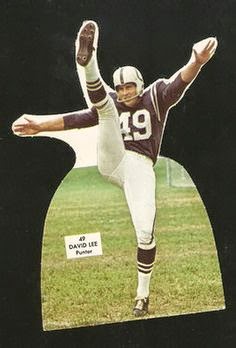 In that shot he's doing what he did for them for 13 seasons...punting...with his right foot. Now look at the poster again. He's kicking, with his left foot, and there is a holder kneeling next to him. WTH? As far as I can tell from stat sites Lee never once attempted a place kick. Seems weird that they would get it so wrong don't you think? And who wants a poster of a punter anyway?

But, here is an interesting pair of photos: 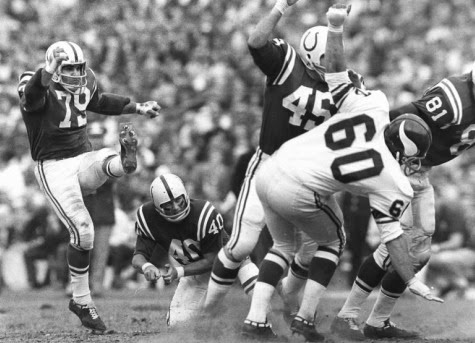 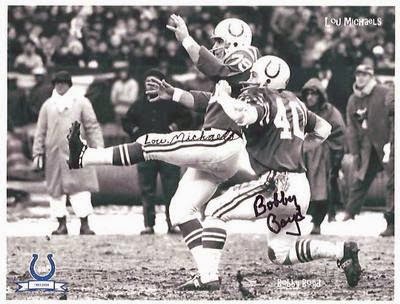 That's lefty place kicker Lou Michaels who was with the Colts through the 1969 season. I suspect that Topps was planning a Michaels poster, had the artwork done, but changed the wording to David Lee when Michaels was cut loose by the Colts in training camp in 1970.

The 1970 posters were a series of 24 that came inserted in packs of the 2nd Series of Topps football that year. This site has the checklist and shows most of them. They are all as ugly as the Lee poster.
Posted by Commishbob at 5:30 AM