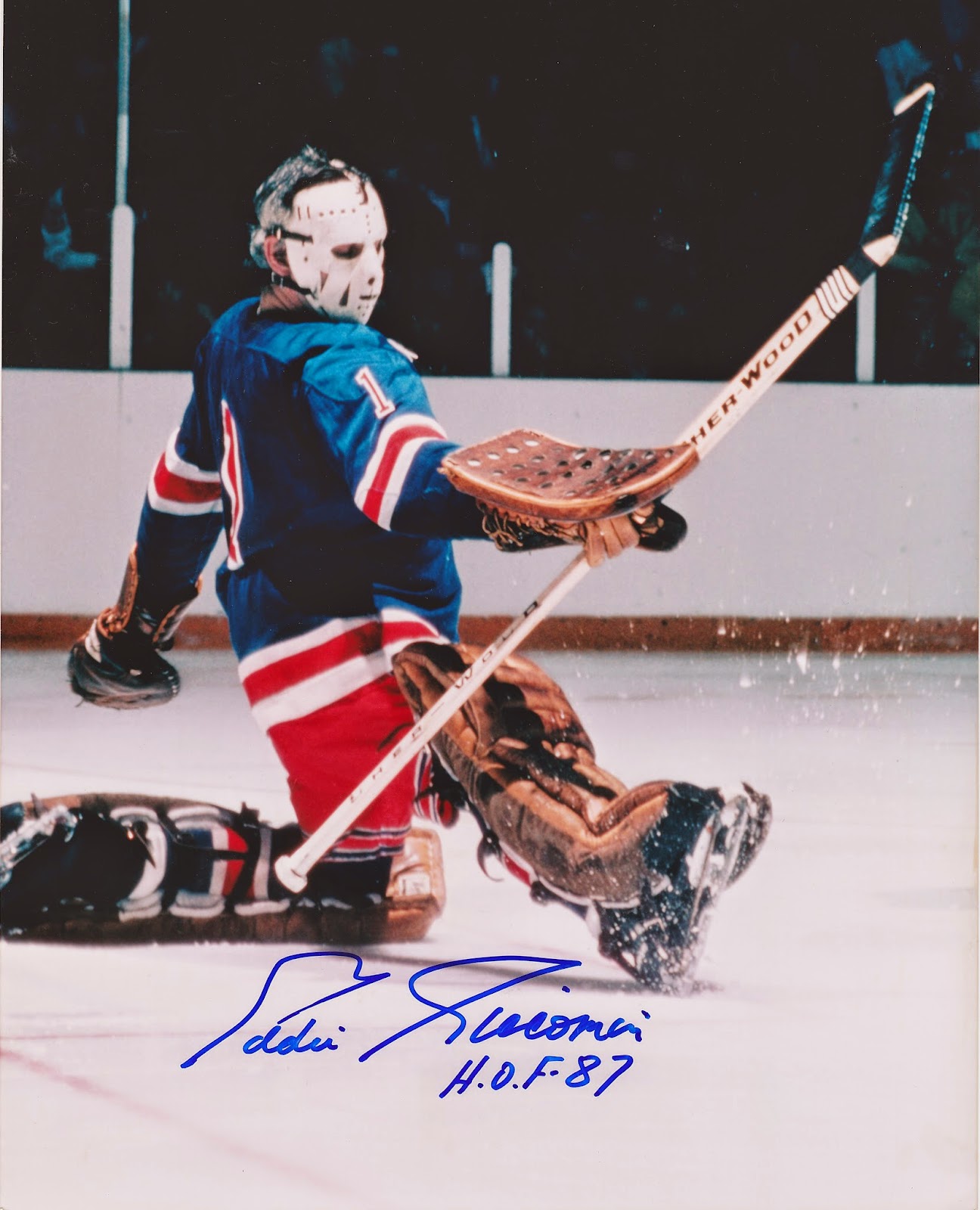 With the excitement of Opening Day wearing down a bit, and my fantasy team quickly rolling downhill, I am very much anticipating the NHL Playoffs which open tonite. Four games, eight teams and we'll repeat that tomorrow night. And most night for awhile. That means a lot of evenings spent with my sons at Houston's Maple Leaf Pub. During the Cup playoffs hockey bars are just so much fun.

My Rangers have their first game Thursday and due to a concert I bought tickets for many months ago I'll have to keep up with the game via my phone while it records on my DVR. And, just my luck, we have a commitment for Saturday evening which is when the second Rangers-Pens game is scheduled.

I'm posting my two Eddie Giacomin signed photos here. The Rangers have had some great goalies since he played here but none of them will ever replace him at the top of my list of favorites.

The item below is a Topps 'poster' insert from 1980/81. I picked it up for 99 cents recently after seeing a different team's poster on someone's blog. Seeing 'N-E-W Y-O-R-K" spelled out on the blue sweater is always odd to me. I grew up in the 'dark sweaters at home era' and the times that teams wore the opposite scheme was a time I had very little access to 'live' NHL action. 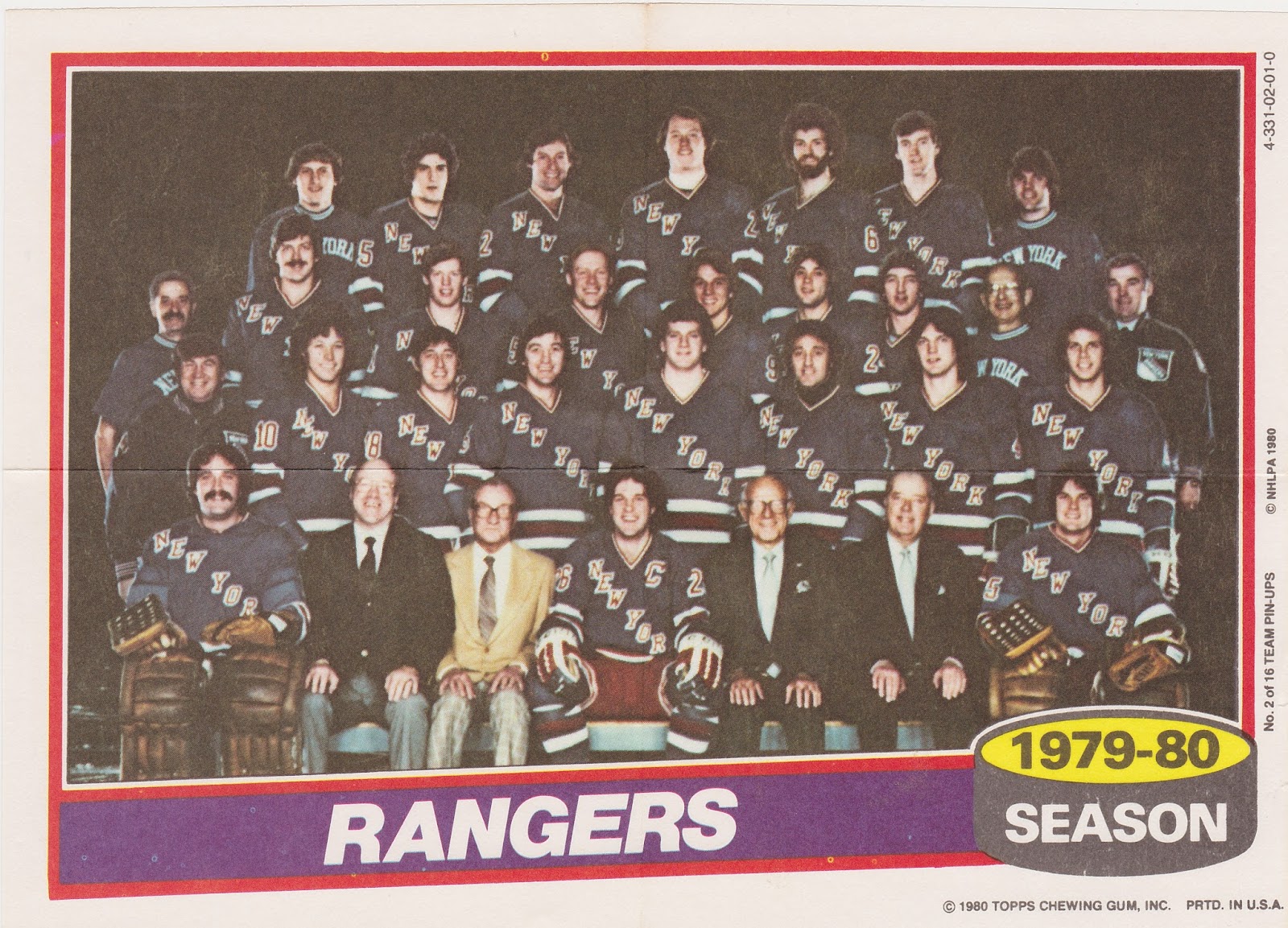 So, if you are a hockey fan, hang on and enjoy the ride. There is nothing like the NHL playoffs. 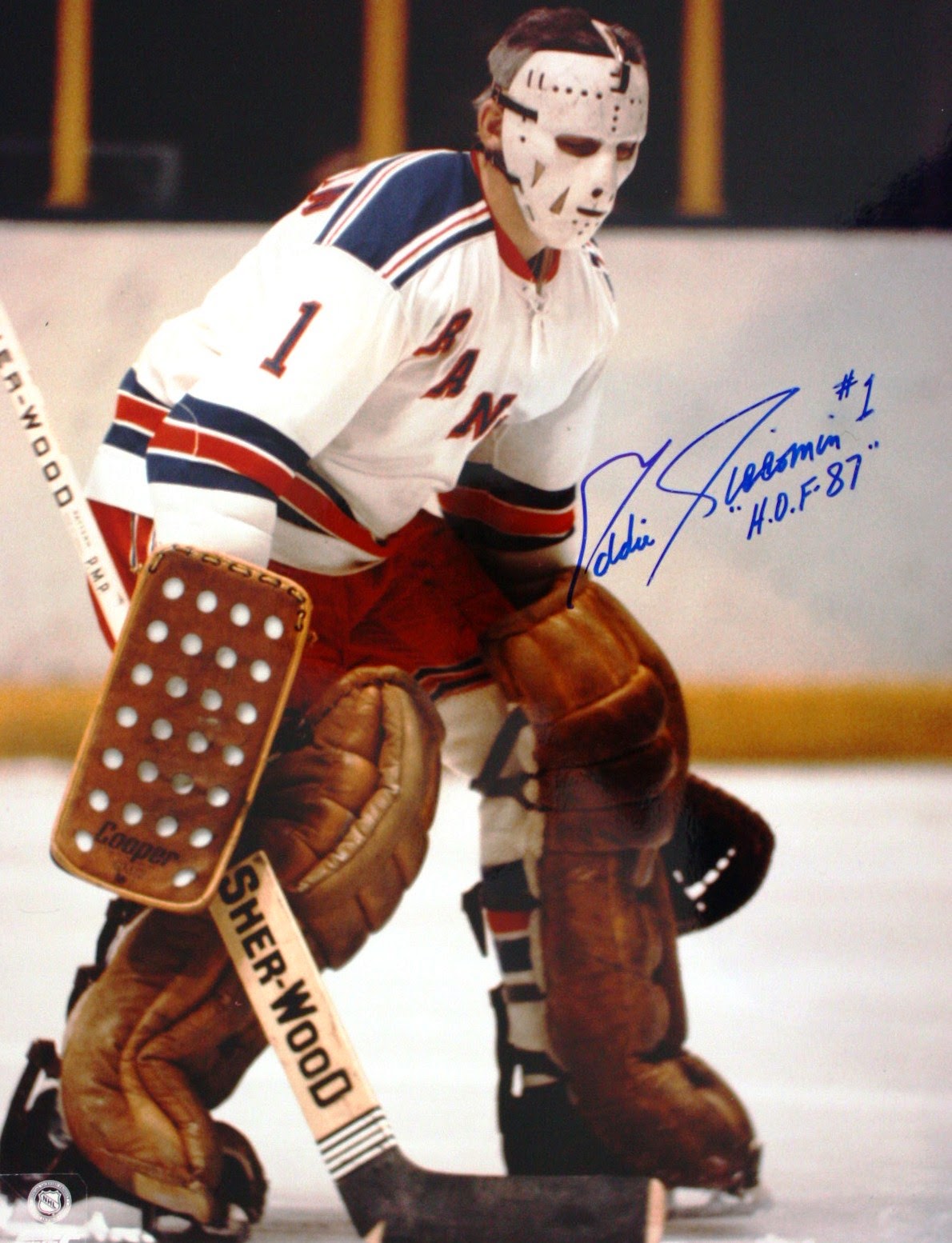 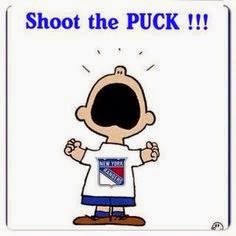 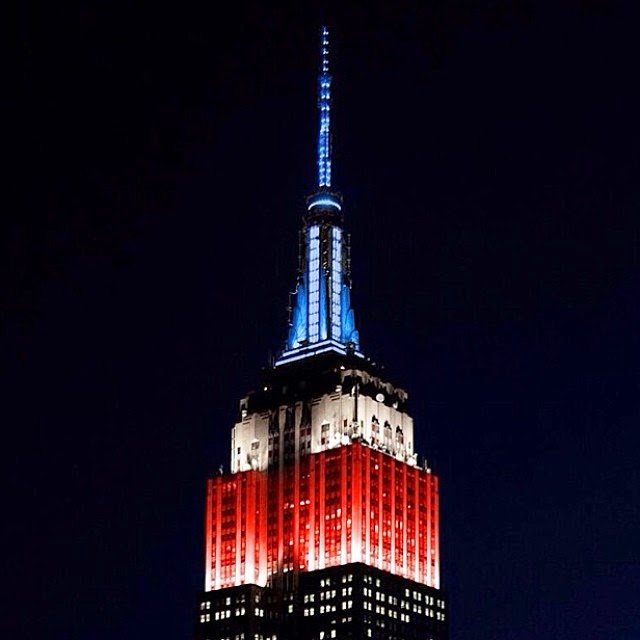 Posted by Commishbob at 7:49 AM